A Casper judge has delayed the planned euthanasia of three dogs found guilty of viciously attacking another dog in August, pending an appeal in the case, according to a briefing released Friday by the city attorney’s office.

The dogs, one male and two female pit bulls, were ordered to be put down after a Thursday proceeding in municipal court.

Witnesses say the dogs ran out of their Casper home on Aug. 16 when a woman walked by with her two children and corgi. After breaking through the home’s window screen, the dogs attacked and bit the corgi on the throat, neck, and abdomen.

A neighbor testified he heard screams from his backyard and went over to find the two female pit bulls biting opposite ends of the corgi’s body and tugging him like a “tug-toy,” according to a statement released Friday by the city. He said he freed the corgi by twisting the leg of one of the pit bulls.

The corgi was taken for treatment, and one of its owner’s children sustained minor bites and scratches from trying to separate the dogs, according to the statement. Photos released Friday by the city show several wounds sustained by the corgi.

The pit bulls’ owner pleaded guilty to three counts of dogs running at large and harboring a dangerous animal, according to the city. After accepting the pleas and fining the owner, Judge Cally Lund ordered the euthanasia for the male dog. City Attorney John Henley said the dog’s owner later claimed he did not understand a guilty plea would sentence the dog to death and was allowed to withdraw the pleas.

Judge Robert Hand later found all three dogs guilty in a Thursday bench trial in which the owner presented no evidence and called no witnesses, the city says. The prosecution called three witnesses. In light of the conviction, all three dogs were ordered to be euthanized.

Despite the appeal, the city says the pit bulls still represent a threat to public safety.

The male pit bull, King, became the subject of public outcry on social media after accounts alleging he was not involved in the fight surfaced. A Facebook group with more than 1,000 followers named “Justice for King sentenced to death by 2 different Judges Casper, WY” was created in late October to coordinate efforts to save the male dog. Administrators regularly updated the page in the aftermath of the sentencing with ways to help, urging people to call and email city council members, court officials and the city attorney.

Information posted to the page conflicts with the court’s witness accounts, alleging the dogs only left their house to greet the corgi and that King was not involved in the attack. A document with updates on the case also claims the corgi was unharmed.

As of Friday, more than 21,000 people had signed a Change.org petition to save King. A GoFundMe campaign created by the pit bulls’ owner has raised over $5,200 from 102 donors, still short of its $6,000 goal. Comments on the Facebook page posted Thursday claimed the municipal court had set bond at $10,000 including an attorney fee and boarding fees for nights the dogs spent in the Metro Animal Shelter. On Friday, several comments showed an additional influx of donations to the family’s CashApp accounts after a post claimed they needed $2,500 in additional funding as a filing and attorney fee for the appeal.

“I don’t think there’s a filing fee that high in the state of Wyoming,” Henley said. “People have been taken advantage of, there’s so much misrepresentation in that group. We see this way too often, it’s very sad.”

A post made by the Facebook page’s administrator Friday suggests supporters of the dogs’ cause may have made threats to city authorities over the matter.

“PLEASE DO NOT THREATEN THE JUDGE , DA, CITY OFFICIALS, METRO (Animal shelter staff) OR ANYONE ELSE INVOLVED IN THIS MATTER! THIS IS NOT GOING HELP THE ALBATS SAVE THEIR DOGS! PLEASE NO VIOLENCE! I need everyone to start posting this please, the death threats are very serious and it is a criminal offense.”

Three dogs previously ordered to be euthanized by a Casper judge have been taken to a rehabilitation facility in Montana following an appeal in the case. 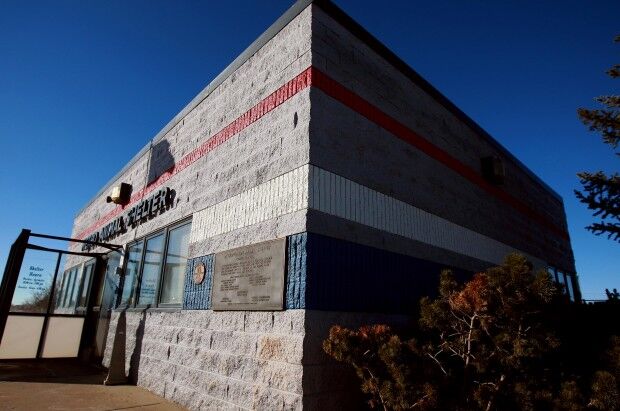 Metro Animal Shelter is seen in a 2013 photograph. 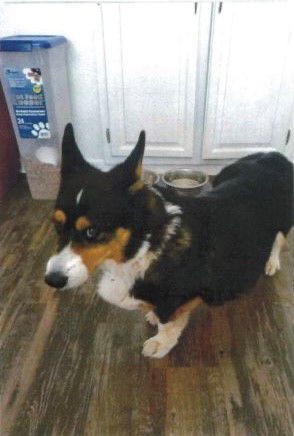 Casper city officials say this corgi was injured in an attack by pit bulls.