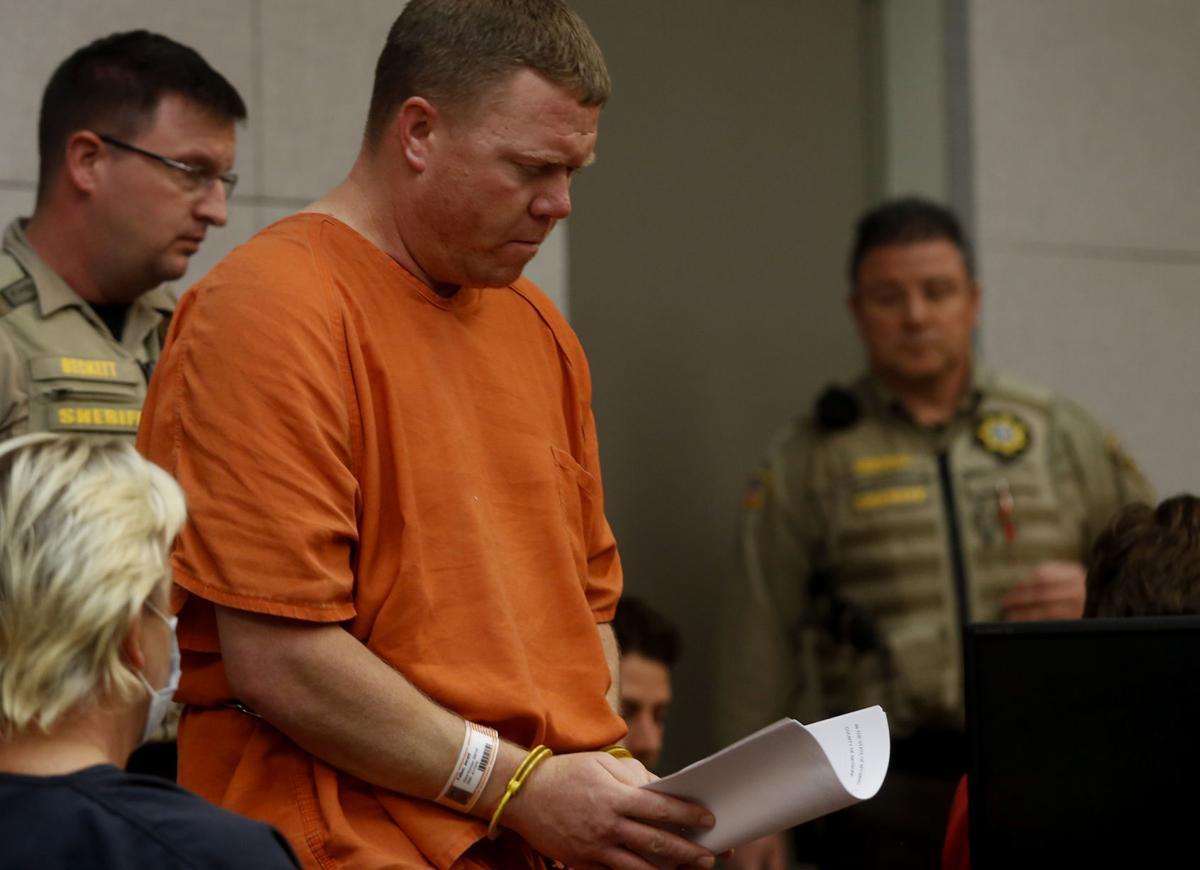 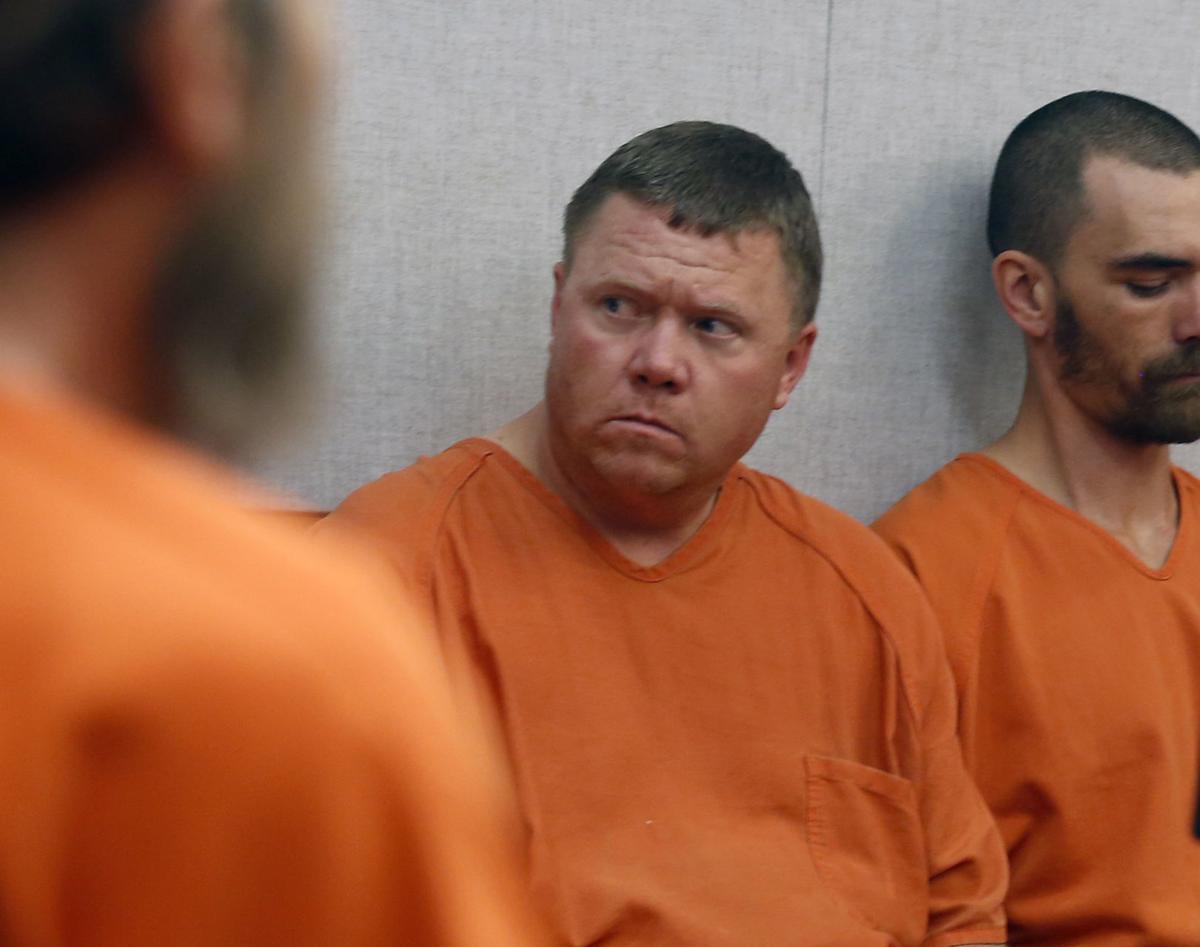 A Casper man killed a woman by ramming her with an SUV at 40 mph while she walked away from the vehicle, sheriff’s investigators allege in court documents filed to support a murder prosecution.

Prosecutors charged the man, Jerald T. Fallon, 40, on Monday with a single count each of second-degree murder and aggravated assault in connection with the late-February death of Kelly Marie Black, 42.

Prosecutors have also added a sentencing enhancement to charging documents alleging that Fallon is a habitual criminal. That enhancement means Fallon could face life in prison if convicted of either of the felonies.

Fallon on Monday afternoon appeared briefly in Natrona County Circuit Court, where he answered procedural questions before a judge set his cash bail requirement at a half-million dollars.

During the hearing, Fallon wore an orange jail uniform and handcuffs. Before an audience of about 30, he answered a series of procedural and biographical questions. He did not have an opportunity to enter pleas to the charges, but will be able to do so when the case migrates to district court.

Although Fallon’s court-appointed defense attorney, Joe Cole, requested at the hearing a $5,000 bond setting — in addition to a $50,000 bond requirement in the revocation — Judge Brian Christensen imposed the amount requested by Assistant District Attorney Samuel Forshner.

Fallon then filled out paperwork presented by a sheriff’s deputy and about a dozen audience members rose to leave, including law enforcement and Black’s family members.

Although Fallon has been in custody for nearly two weeks, he was held solely on probation revocation allegations until Friday. It was then that sheriff’s deputies indicated in jail records — which were released Monday morning — that Fallon would be charged with murder.

Court documents filed in support of the murder and assault charges state that on Feb. 29 Fallon and Black attended a company Christmas party at the Hilton Garden Inn on North Poplar Street. Two calls came into police dispatch between 8 and 9 p.m., according to the documents, asking for a welfare check on Black. The first, made by a family member of Black, asked police to check for the woman. According to the documents, officers did not find her.

When police arrived on scene, Black was inside the vehicle and barely breathing, the documents state. She was pronounced dead by 9:30 the same night at a local hospital.

When law enforcement spoke with people who had attended the party, they said Fallon had been “man handling” Black before dragging her out of the gathering, the documents state. The documents state that Black’s daughter told police that Fallon called her, saying “I just hit your mom ... you need to come here now,” and “I’m not going back to prison.”

Law enforcement did not find Fallon in the area of the hotel or park on the night of the crash. On March 2, authorities found Fallon in a Natrona County home, the documents state.

Footprints thought to have been left by Fallon indicate he ran away from the scene along the banks of the North Platte River, according to the documents.

Although charges were filed Monday, the case became public early March 1, when the Natrona County Sheriff’s Office said it was seeking Fallon as a witness to an overnight crash near the U.S. Highway 20/26 bypass and Interstate 25 that involved a vehicle and a pedestrian.

Days later, the county coroner announced the Black’s death. The same day, Fallon appeared in court on a probation revocation in a year-old drug case, and a prosecutor said he was also a homicide suspect in a different case. Although the prosecutor declined to talk to the Star-Tribune about the homicide investigation, he told a judge that Fallon had been drinking on the night of the wreck.

Fallon has not yet had a hearing to determine the outcome of the revocation request. He has indicated he will contest the revocation. Last week, Cole, the public defender, was out sick. Judge Daniel Forgey then postponed a revocation hearing with Fallon’s consent.

The latest information is the clearest picture yet of an investigation that authorities have thus far been reticent to discuss.

A sheriff's spokesman said that the warrant on which Fallon was arrested was unrelated to the car crash.

The witness was identified as 40-year-old Jerald Fallon.

According to court documents filed in support of the charge Robertson faces, police began investigating the case on Friday night, when he called 911 and said he had shot his wife.