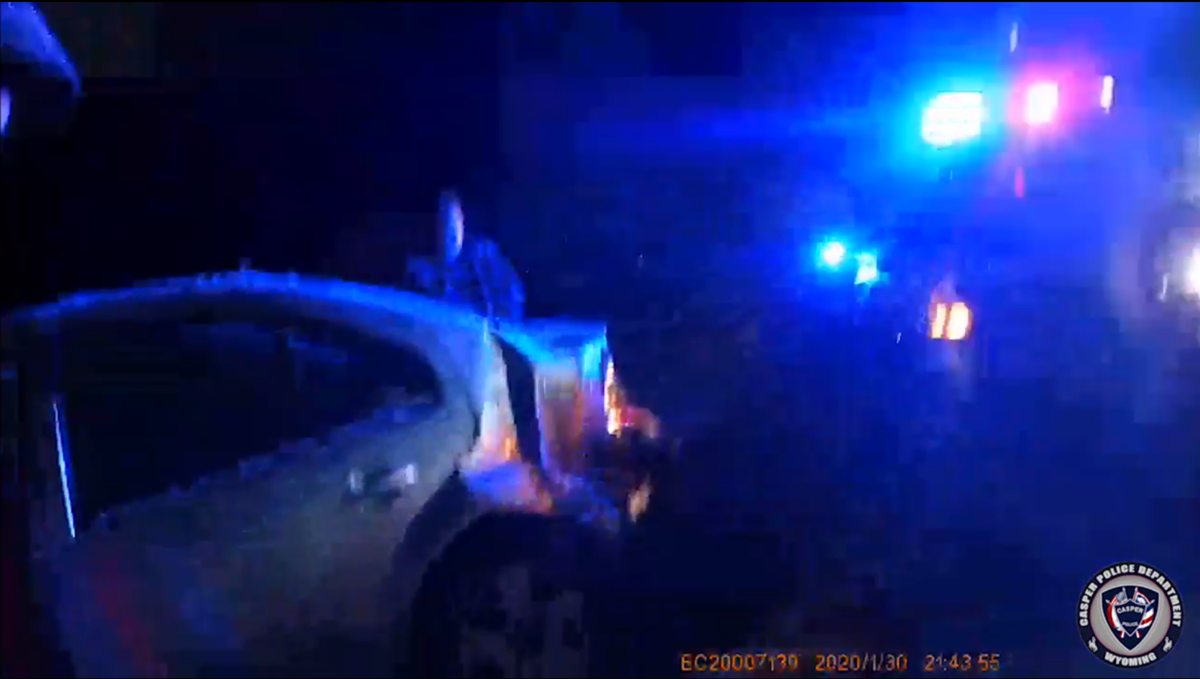 A screenshot from a Casper Police Department video on Facebook shows a car damaged during a crash Thursday in Casper. 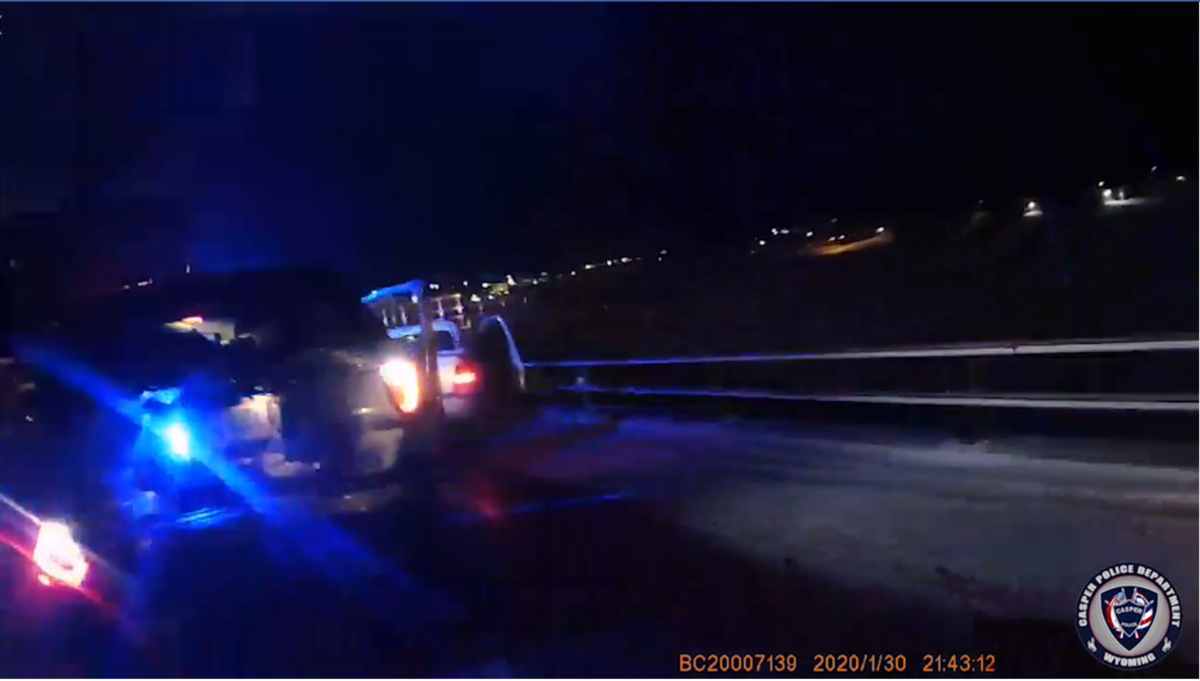 A screenshot from a Casper Police Department video on Facebook shows the aftermath of a crash Thursday in Casper.

The crash occurred at 9:40 p.m. Thursday on Yellowstone Highway and Hereford Lane as the two officers were conducting a traffic stop. The officers were in their vehicle when it was hit by a suspected drunk driver who police say was traveling at 40 mph.

That collision pushed the police vehicle into the car that officers had stopped.

In total, six people suffered serious injuries, police said. None of them were life-threatening.

In a video of the crash posted to the Casper Police Department Facebook page, officers can be heard asking each other if they’re OK immediately after the impact. The patrol car had its sirens on at the time of impact, the video shows.

At another point in the video, an officer is heard to say, “I’m hurting.”

The Wyoming Highway Patrol and the Natrona County Sheriff’s Office are investigating the crash because it involves Casper police.

All three vehicles were seriously damaged, and the road was shut down for hours, police said.

Todd Hambrick will serve 15 days in jail for the most recent violation.

In a news conference Tuesday afternoon, city officials encouraged community members to speak up about potential cases of domestic violence.

The judge said that the defendant and the abused woman, who is now an adult, had credibility issues.

The trooper's vehicle was struck when a tractor trailer jackknifed.

Michael R. Gardner pulled a gun on a local woman after accusing her of theft.

Jacob Paquette's sentence is the maximum that prosecutors were allowed to request under a plea deal in the case.

As part of the plea, Cesko admitted to improperly prescribing habit-forming drugs, stimulants and anti-anxiety drugs.

The department believes the incident is isolated and that there is no threat to the public.

A screenshot from a Casper Police Department video on Facebook shows a car damaged during a crash Thursday in Casper.

A screenshot from a Casper Police Department video on Facebook shows the aftermath of a crash Thursday in Casper.