A woman was shot in the head in a north Casper alley early Friday morning, police said.

Dispatchers received a call from the woman at 3:20 a.m. reporting she had been shot by someone in an East K Street alley between North Durbin and North Wolcott streets.

Casper police said they are looking for 68-year-old Kenneth Elonzo Marion, who they’ve identified as a person of interest and “who may have critical information that would assist” CPD’s investigation into the shooting. Anyone with information on Marion’s location can call 911 or the Casper non-emergency number at (307) 235-8278.

Arriving officers found the woman had a gunshot wound to the head. She was taken to Wyoming Medical Center for treatment, and later flown to a Denver hospital, according to Casper police officer Darren Douglas.

“She was able to call 911 herself, which is a good sign,” Douglas said. “And they were able to get a basic interview.”

As part of the police investigation, East K Street and East L Street from North Wolcott to North Beech streets were closed Friday morning. The streets and the alley where the shooting occurred were reopened by 10 a.m.

At least four Casper officers were at the scene around 9:30 a.m., examining a minivan in the alley that was involved in the incident. The van was taken as evidence.

A police officer shot a man who matched a description of the person of interest in an earlier shooting in north Casper on Friday evening, authorities say.

RAW: WORLD CUP: AMERICAN FANS IN QATAR REACT TO THE NETHERLANDS VICTORY OVER US

RAW: WORLD CUP: AMERICAN FANS IN QATAR REACT TO THE NETHERLANDS VICTORY OVER US

Behind the Scenes - At the World Cup media hub

Behind the Scenes - At the World Cup media hub

Rapid City Mayor Steve Allender on the B-21 bomber unveiling

Rapid City Mayor Steve Allender on the B-21 bomber unveiling 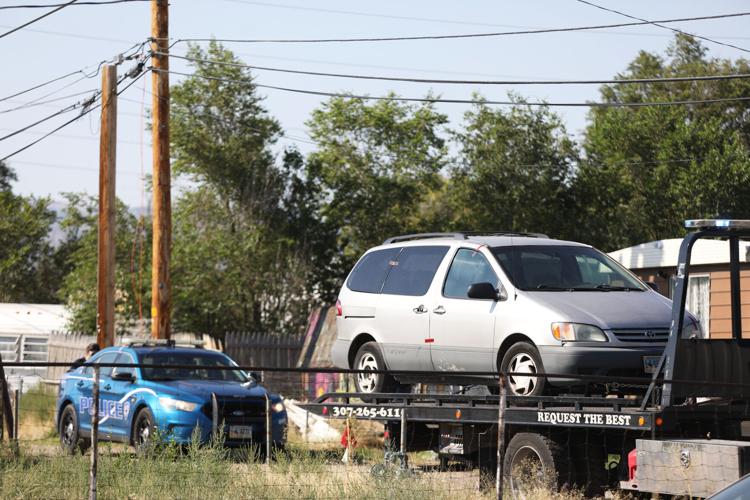 Police take away a minivan as evidence after a woman was shot in the head early Friday in a north Casper alley. The suspect remained at large Friday. 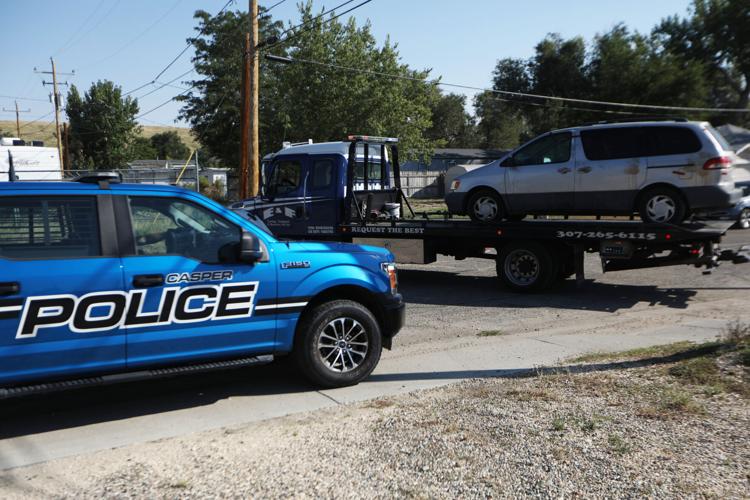 Police take away a minivan as evidence after a woman was shot in the head early Friday morning in a north Casper alley.