Kelly Walsh is well over its state-set capacity, and officials push Pathways as the solution
View Comments
Share this
{{featured_button_text}}
1 of 2 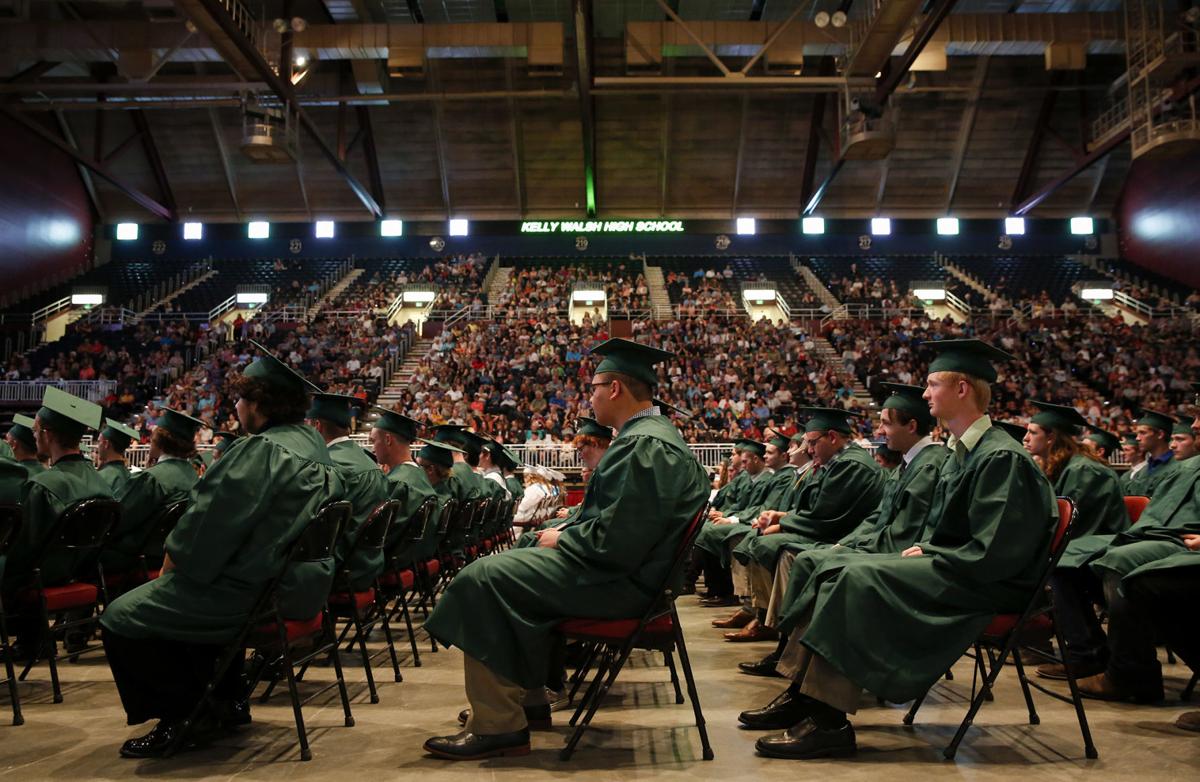 Kelly Walsh High School graduates attend their commencement May 31 at the Casper Events Center. The school, which completed a multi-year construction and renovation project in 2017, is almost 300 students over its official capacity. 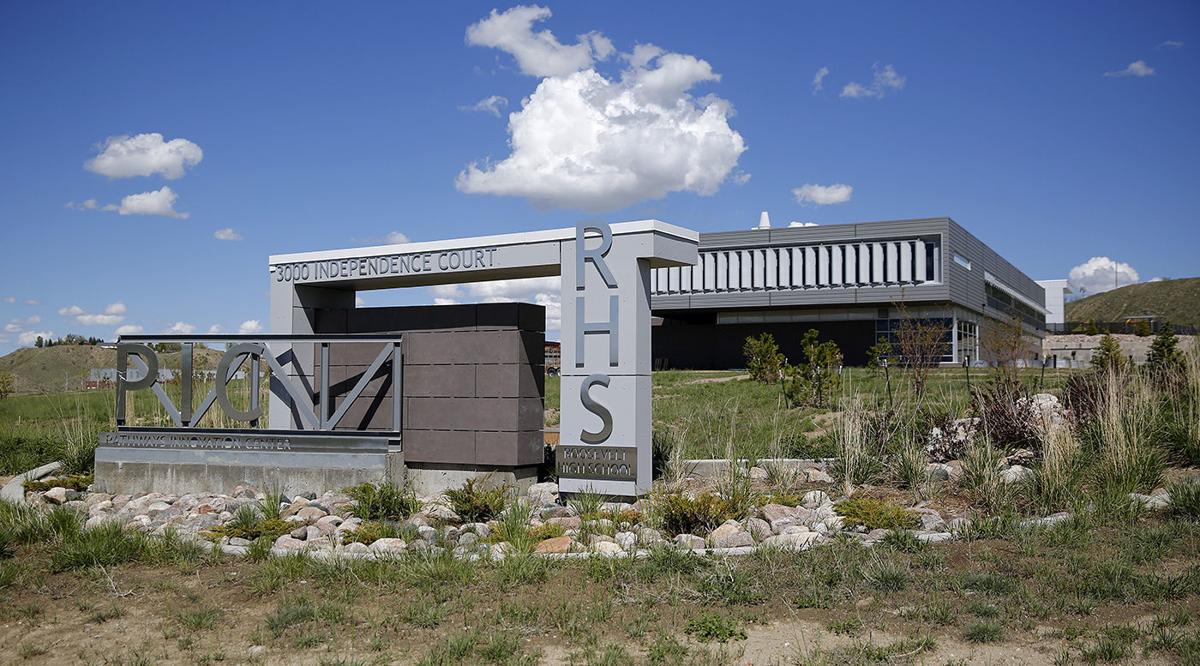 Pathways Innovation Center is seen in May in west Casper. The school could be a solution for addressing Kelly Walsh's large enrollment, which is nearly 300 students over its listed capacity.

Kelly Walsh is nearly 300 students over its listed capacity, and officials said the solution to spread students is fully utilizing the space at Pathways Innovation Center, which has had low and stagnating enrollment since its opening in fall 2016.

“You can either have a cap on Kelly Walsh or you can reconstitute the idea around (Pathways),” Dave Applegate, a board member who sits on the infrastructure committee, said last month. “It could potentially be a third independent high school, or you could simply devise a set of course offerings that draw more kids there.”

The problem of Pathways’ enrollment has vexed district officials and high school leaders for more than two years. Board members have joked darkly that the district is on plan D with the building, which has fewer than 300 students — a third of the $25 million facility’s potential capacity. Applegate said the new board, which is largely the same after the November elections but has one new face, could take a fresh look at Pathways.

Kelly Walsh’s state-designated capacity is 1,574. As of November, enrollment at the east Casper high school was 1,847. Natrona County High School has a capacity of 1,805; its enrollment is 1,684.

Mike Jennings, the district’s executive director of human resources and the administrative point-person for facilities, noted that not all 1,847 students were in the building at once. Some are at Casper College, while others may be at Pathways — albeit just 75 students this year. In other words, students aren’t being stuffed into closets, he said.

Jennings said that students at KW are still being educated well, despite their high numbers. Data he showed the Star-Tribune for a select group of classes, like algebra and history, showed class sizes at KW teetered between the mid to high 20s.

The state’s School Facility Commission has established limits on high school class capacity at 32 per teacher, though that figure is established not from an instructional standpoint but from a capacity-per-square-foot position.

Jennings said he was unconcerned about the enrollment at Kelly Walsh. There’s no worry about fire code, he added, and a spokesman for the fire department said the school could likely safely have more students than designated by the state.

Jennings and Applegate repeatedly hit on Pathways — which Jennings adamantly described as an extension of the two major high schools, not a standalone building — as a way to spread students out of KW. Jennings said the principals of the two schools — Shannon Harris and Mike Britt — are currently working to find a way to better fill the building.

The principals were supposed to provide an update to the board earlier this month, but board leadership canceled the meeting because of pending elections of trustee officers. It’s unclear when the update will be provided, but it almost certainly will come in 2019.

Pathways enrollment continues to stall, even after latest revamp

In June, Superintendent Steve Hopkins said Pathways was originally set for a five-year implementation period. But the economic downturn prompted administrators and the board to move rapidly to make the facility more useful. It’s full of trained staff, Hopkins said, that could be used in the two big high schools to better utilize those recently renovated buildings.

Essentially, the building needed to be more useful. That position remains as firm in December as it was in June and in October 2017, when the board announced a revamp of the building and an abandonment of the academy-based approach upon which it was founded.

“I think the capacity question has sort of reached probably a higher degree of importance given the numbers that we’re seeing in the high schools,” he said, and the numbers of students in the middle school levels that are set to head to high school in the coming years.

“At the high school level,” he continued, “it’s less of an overall space issue than it is a balancing of where students are attending school.”

The Marines are coming to Kelly Walsh.

Enrollment at Pathways Innovation Center jumps to more than 500 students

Pathways' enrollment crossed the 500-student threshold for the first time in the Casper school's history.

Kelly Walsh High School graduates attend their commencement May 31 at the Casper Events Center. The school, which completed a multi-year construction and renovation project in 2017, is almost 300 students over its official capacity.

Pathways Innovation Center is seen in May in west Casper. The school could be a solution for addressing Kelly Walsh's large enrollment, which is nearly 300 students over its listed capacity.