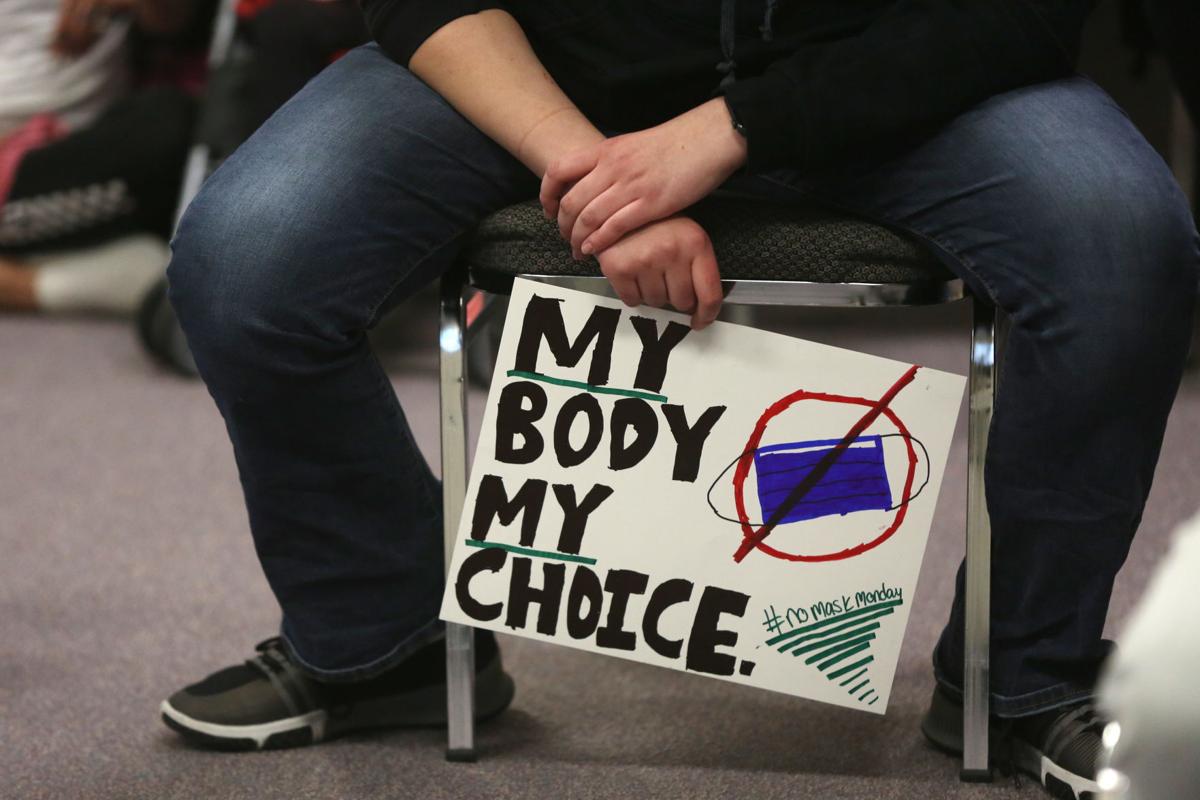 A boy holds an anti-mask sign at the Natrona County School District board of trustees' meeting April 26 in Casper. The district has formally requested an exception to the state's K-12 face mask mandate. 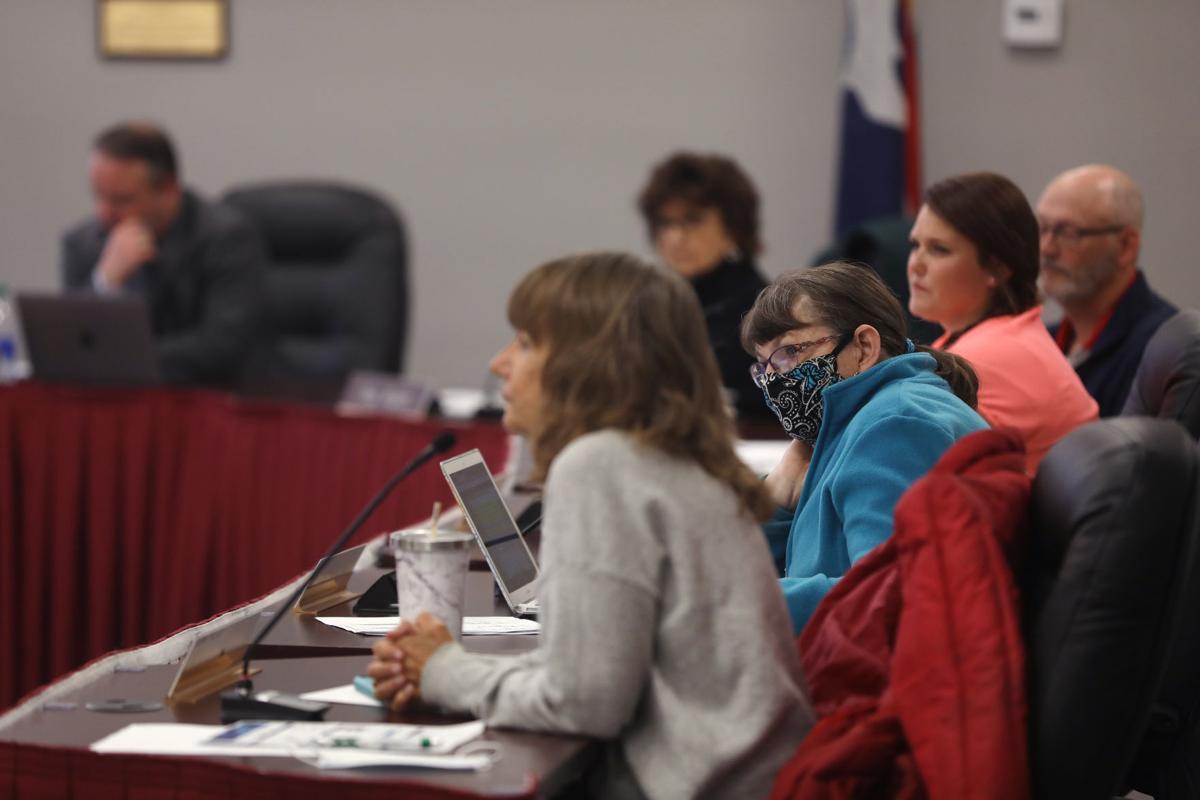 The Natrona County School District board of trustees meets April 19 in Casper. The district has formally requested a face mask variance from the state of Wyoming.

The Natrona County School District has formally asked the Wyoming Department of Health for an exception to a statewide mask mandate for K-12 and other educational facilities, Superintendent Mike Jennings said Monday.

Trustees in mid-April voted not to seek that exception, but after district leaders met privately later that week, the district announced it would seek the exemption after all.

It’s unclear why the school district waited to formally request the exception from the state. As of Friday afternoon, the district had not yet submitted the request. The Wyoming Department of Health’s spokesperson was out of the office Tuesday and unable to provide an update on the status of the request.

District officials have declined to speak with Star-Tribune reporters over the phone. Southerland offered an explanation via email but declined to answer follow-up questions.

“Based on advice from the Board’s attorney, variance requests are not required to be voted on by the Board of Trustees because they are operational in nature,” Southerland wrote in an email April 28. “The Superintendent’s path forward takes into account questions voiced by Trustees during the April 19th, Board Meeting Special Session. The Board of Trustees could take action within a public meeting to affirm or modify the actions of the Superintendent.”

District officials have not explained why the board’s approval was initially sought if it is not required, as administrators now say.

It is unclear how soon the state will act on the district’s request. If approved, it would be the largest district to shed the mask requirement.

Parents, students tell NCSD school board to get rid of masks

Twenty-two of Wyoming’s 48 school districts have received exemptions to the state’s K-12 mask mandate, according to the Wyoming Department of Health. Three districts have pending requests.

All but one of the districts with an approved exception serve fewer than 2,000 students. The outlier — Sheridan 2 — serves about 3,500.

Each district is in a county with “low” or “lowest” COVID-19 transmission levels using White House metrics. Natrona County has been in the two lowest categories for most of the spring.

Arctic ice is receding 'more quickly than ever'

Arctic ice is receding 'more quickly than ever'

Making Tabasco Sauce and working to save wetlands

Making Tabasco Sauce and working to save wetlands

More than half of the state's 48 school districts have been approved to lift mask requirements. Natrona County School District is the largest to be approved so far.

The Natrona County School District will not request an exception to the statewide K-12 face mask requirement, despite a survey that found 80 percent of district parents want it eliminated.

A boy holds an anti-mask sign at the Natrona County School District board of trustees' meeting April 26 in Casper. The district has formally requested an exception to the state's K-12 face mask mandate.

The Natrona County School District board of trustees meets April 19 in Casper. The district has formally requested a face mask variance from the state of Wyoming.