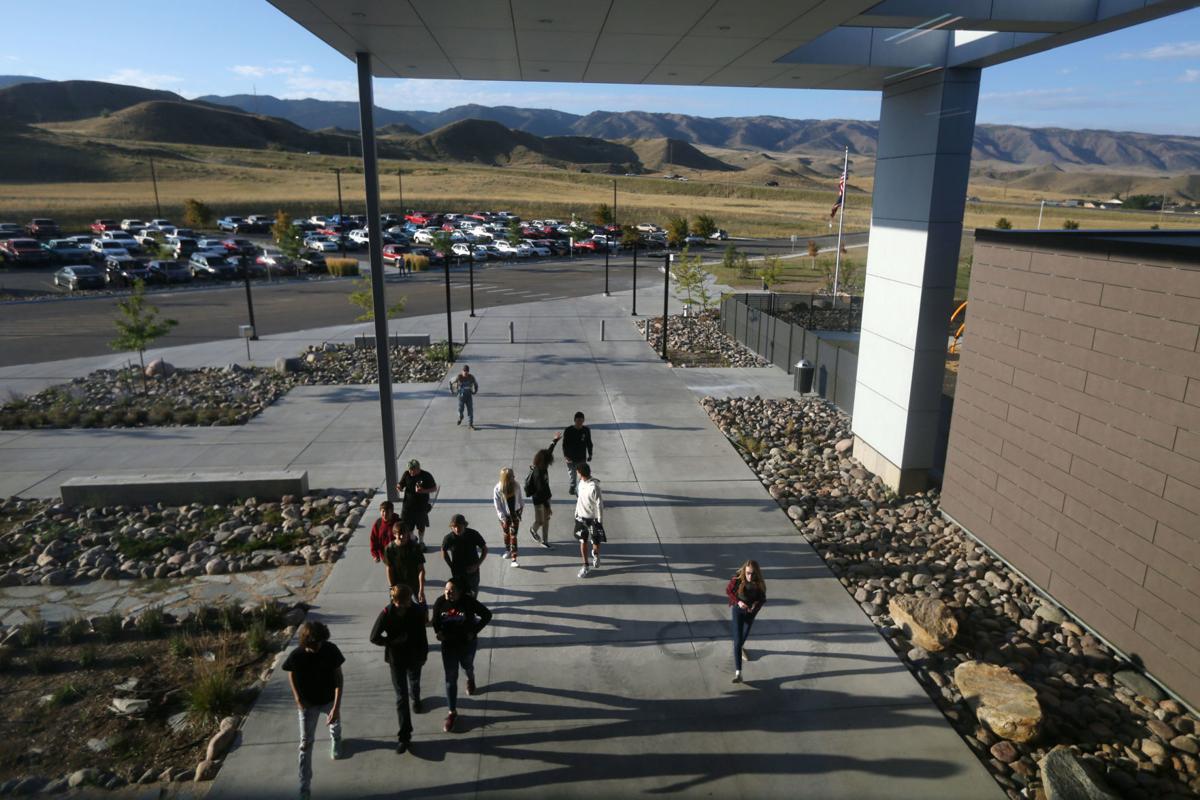 Students enter Roosevelt High School in September in Casper. Gov. Mark Gordon and state Superintendent Jillian Balow announced Sunday that they're recommending all Wyoming schools be closed through the first week of April because of concerns related to the novel coronavirus. 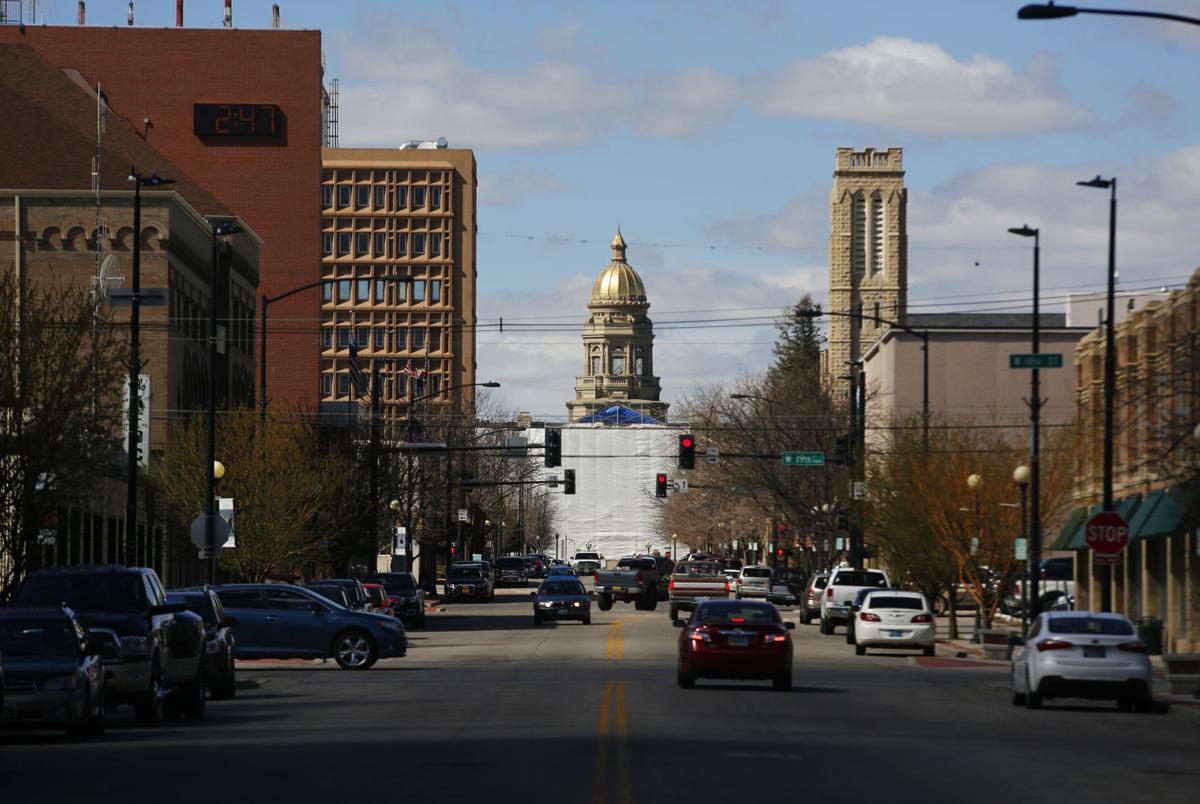 The Wyoming Capitol is shown under continued renovation in March 2017 in Cheyenne. 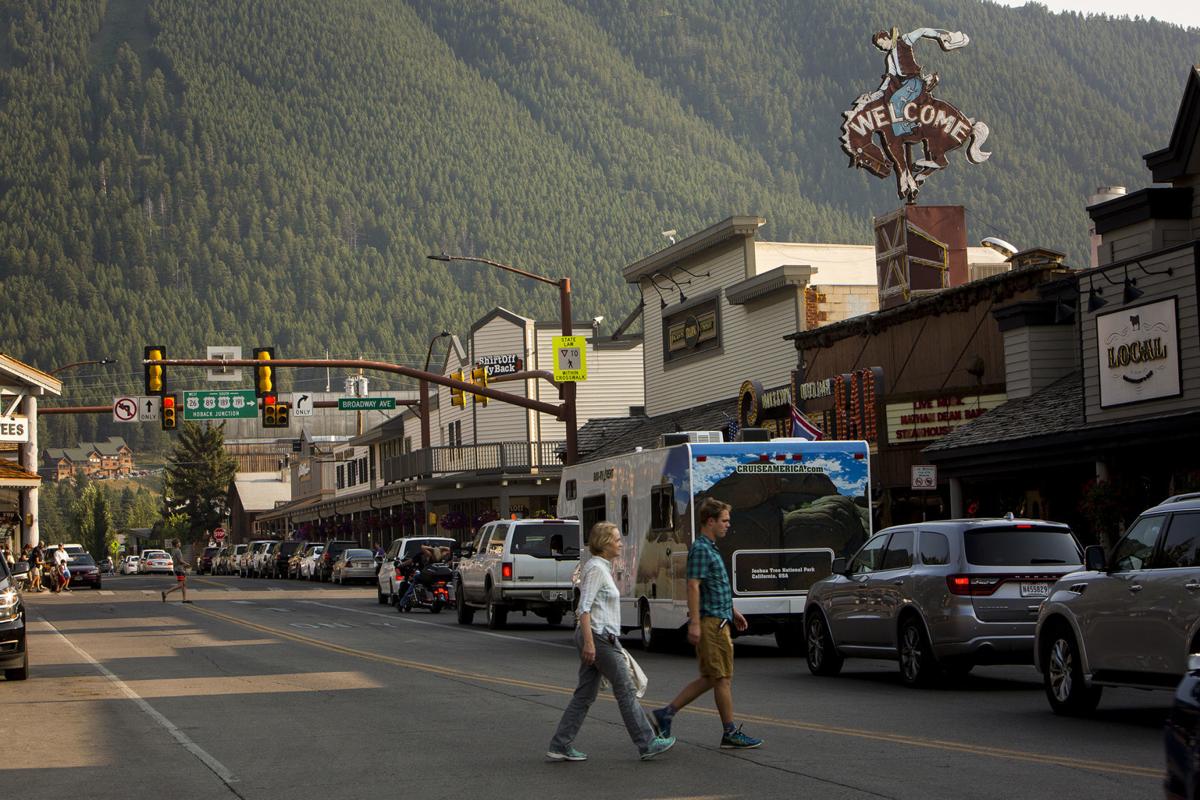 Gov. Mark Gordon and state Superintendent Jillian Balow announced Sunday that they’re recommending all Wyoming schools be closed through the first week of April because of concerns related to the novel coronavirus.

After Gordon’s statement, the Natrona County School District said that it would follow the governor’s recommendation and close its schools. The shutdown will begin Monday and run through April 5.

“This is Wyoming, where we are all neighbors,” Gordon said in a statement, in which he said the state was facing “unprecedented circumstances.” “While social distancing should be a priority for all of us, it should not keep us from helping out our neighbors. I am thinking of our first responders and healthcare workers on the frontlines who may be without child care. This is a time, if the risk is low, to help one another out.”

Around the same time early Sunday evening, Montana’s governor went a step further, ordering all schools there be closed through the last week of March, according to a Billings Gazette reporter.

Gordon, who declared a state of emergency on Friday, and Balow recommended closures through at least April 3.

“The governor has had multiple conversations with the superintendent, education officials and other individuals since Friday,” said his spokesman, Michael Pearlman. “He is a strong believer in local control and felt that this recommendation allowed local communities to make the decision that works best for them. Given that multiple school districts in the state announced closures prior to his recommendation, it is clear that local education officials have been moving in the same direction.”

Earlier Sunday, Teton County School District was the first to announce that it will close its buildings beginning Monday to limit the spread of the coronavirus, which has sickened at least three people in Wyoming and thousands nationwide. The potential spread of the illness here has sparked a response from institutions across Wyoming, from the university and community colleges to hospitals and cities.

As of Sunday evening, there were still three confirmed cases in Wyoming. Two had been reported within 24 hours of each other, on Friday evening and late Saturday afternoon. The first and third patients — both Sheridan County residents — are tied to each other. The first patient contracted it after traveling domestically.

The case of the second patient, an older man in Fremont County, is murkier. He’s a resident of an assisted-living facility in Lander, and officials remained unclear as of Sunday evening how he had contracted the disease. The lack of information sparked concern that it was the result of community spread in the area, meaning there may be other cases there that officials don’t know about.

Fremont County coronavirus patient is resident of assisted-living facility; officials unsure how he was exposed

Also concerning is the fact that the man lived in an assisted-living facility; the disease’s potential exposure of others there is unclear. A Health Department spokeswoman said Sunday that the “follow-up effort (in Lander) is substantial.”

A spokeswoman for the state Health Department said that she had no updates on any test results as of 5:30 p.m. Sunday.

Gordon wrote that his and Balow’s statement was just a recommendation and that individual school boards and districts will have to make the final decision on whether to close or not.

“This recommendation is not necessarily based on epidemiological best practices,” the governor’s office wrote, “but is an attempt to allow schools and communities to prepare to operate in a way that mitigates community spread of COVID-19 and minimizes negative economic impacts locally and statewide.”

Gordon said that even if school boards decide to close schools, they will also have to choose whether any staff will have to continue working during that period. The governor and state superintendent “will continue to monitor COVID-19 developments throughout this three-week period, with the goal of getting students back to classrooms as soon as safely possible.”

In its statement, the Cheyenne district says plans for closures beyond that time “will depend on how this situation unfolds in the coming weeks.”

Meanwhile, Teton County superintendent Gillian Chapman said plans for “cloud or distance classroom learning and other services” will be sent to families and posted on the district website on Monday.

The Teton County district made the closure decision one day after a person tested positive for COVID-19 in nearby Teton County, Idaho.

“It is our opinion that being proactive rather than reactive at this time is the best way we can support our community,” said Betsy Carlin, the chairwoman of the district’s school board. “Even if it saves one life, it will be worth it.”

Teton schools were scheduled to begin spring break on March 23.

Teton County was the first district in Wyoming to close in light of the coronavirus. The University of Wyoming and most of the state’s community colleges have opted to extend their spring breaks to slow the virus’ spread. Several are also planning to use the extra time off to prepare to move most of their coursework online for the foreseeable future.

The Natrona County School District had previously said it was monitoring the situation but did not plan to close yet. On Saturday, it announced that children with coughs, shortness of breath, or temperatures of 99.5 degrees or higher should not come to school. The district also said it would be proactively monitoring NCSD student and staff groups that traveled out-of-state within the past week.

Sunday night, the district announced it will provide free daily takeaway meals to people 18 and under, starting Monday from 11:30 a.m. to 1 p.m. They can be found at Verda James Elementary, Paradise Valley Elementary, Midwest School, Lincoln Elementary and the Casper Recreation Center.

District officials in Casper have scheduled a Monday press briefing at City Hall. There were several news conferences in Natrona County last week in which officials broadly urged residents to remain calm while warning them that there would be more cases and that there were likely COVID-19 patients in Wyoming that have yet to be identified.

The novel coronavirus, or COVID-19, is a respiratory illness, symptoms of which include fever, cough and shortness of breath. It comes from the broader family of coronaviruses, which causes illnesses like SARS and the common cold.

Gordon’s announcement is the most significant response to COVID-19, but it isn’t the first. On Thursday morning, hours after the state confirmed its first case of the illness, Natrona County health officials ordered the cancellation of the state basketball tournament in Casper. Gordon recommended against holding events of 250 or more people. Several school districts said they would adhere to that recommendation.

In Natrona County, Wyoming Medical Center is opening a clinic that will deal directly with respiratory and COVID-19 cases. The plan there is to funnel potential cases into that clinic, rather than have those people who think they may have the disease flock to the emergency room or to primary care offices.

Officials across the state have said for days now that they feel prepared to handle any spread of the virus. Doctors from both WMC and Cheyenne Regional have also said their facilities are capable of handling an influx of cases and that there are special rooms and ventilators at the ready.

The first patient identified in Wyoming with the virus is a woman from Sheridan County with some recent domestic travel history, according to the Department of Health.

Officials said that a case here is likely but that people shouldn't demand tests because they have a cold.

The meals will be available daily from several school sites through the duration of the closure.

City of Casper closes its recreational facilities in response to coronavirus

The Casper Recreation Center, Aquatics Center and Ice Arena will suspend their services indefinitely due to the COVID-19 pandemic, the city announced Sunday evening.

Both the town of Evansville and the town of Mills have closed their doors to the public "until further notice" to quell the spread of the novel coronavirus.

All Casper City Council meetings will take place in the larger council chambers, and a six-foot distance from others in the room will be enforced — changes that come as local governments throughout the state weigh their options in the face of potential spread.

Fremont County health officer Dr. Brian Gee said the new cases "are all either staff members or residents of the Showboat Retirement Center."

The condition of the two Wyoming residents is unknown.

A Wyoming physician who's been treating potential COVID-19 symptoms expressed serious concern about running out of supplies.

"We are in trouble," the physician said.

Need resources in Casper? We've got you covered here.

The hospital aims to use telehealth to help address the volume of people concerned they may have the respiratory infection.

"It's hard to determine who's got COVID that's mild and who doesn't," one doctor said. "That's the worry."

Even more Wyomingites say employment has been affected by coronavirus

More than 60 percent of people who responded to a UW survey say their hours or pay have been cut because of the pandemic.

Students enter Roosevelt High School in September in Casper. Gov. Mark Gordon and state Superintendent Jillian Balow announced Sunday that they're recommending all Wyoming schools be closed through the first week of April because of concerns related to the novel coronavirus.

The Wyoming Capitol is shown under continued renovation in March 2017 in Cheyenne. 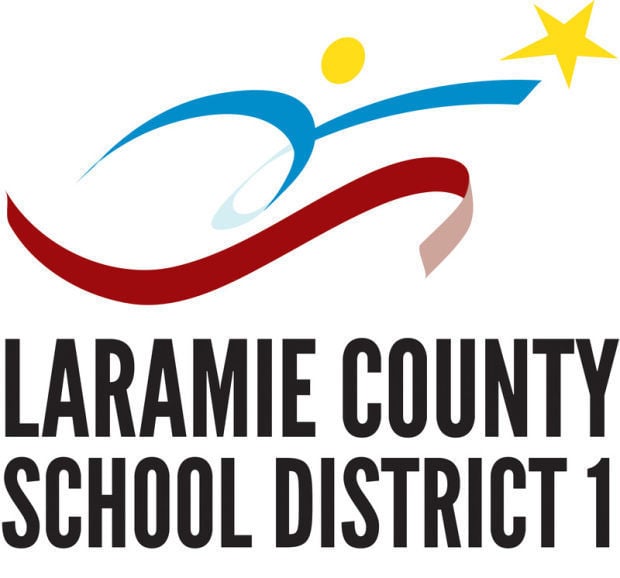