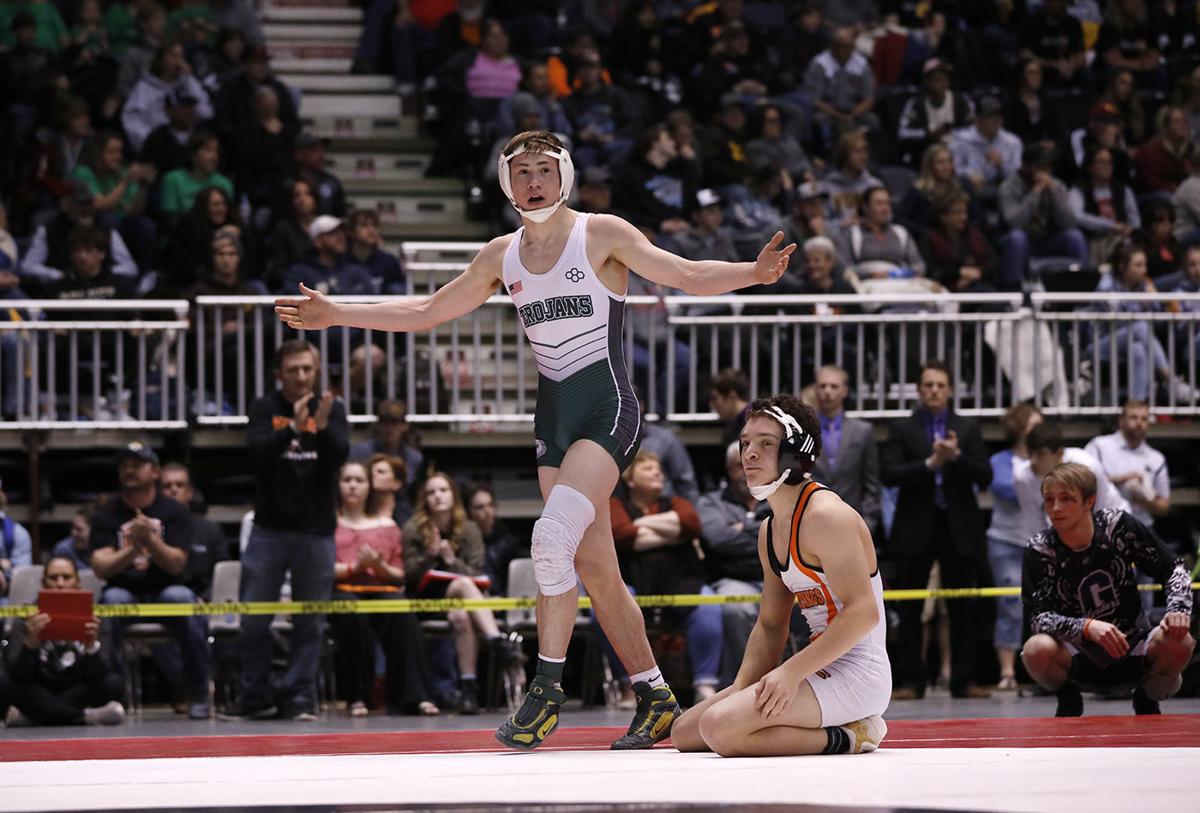 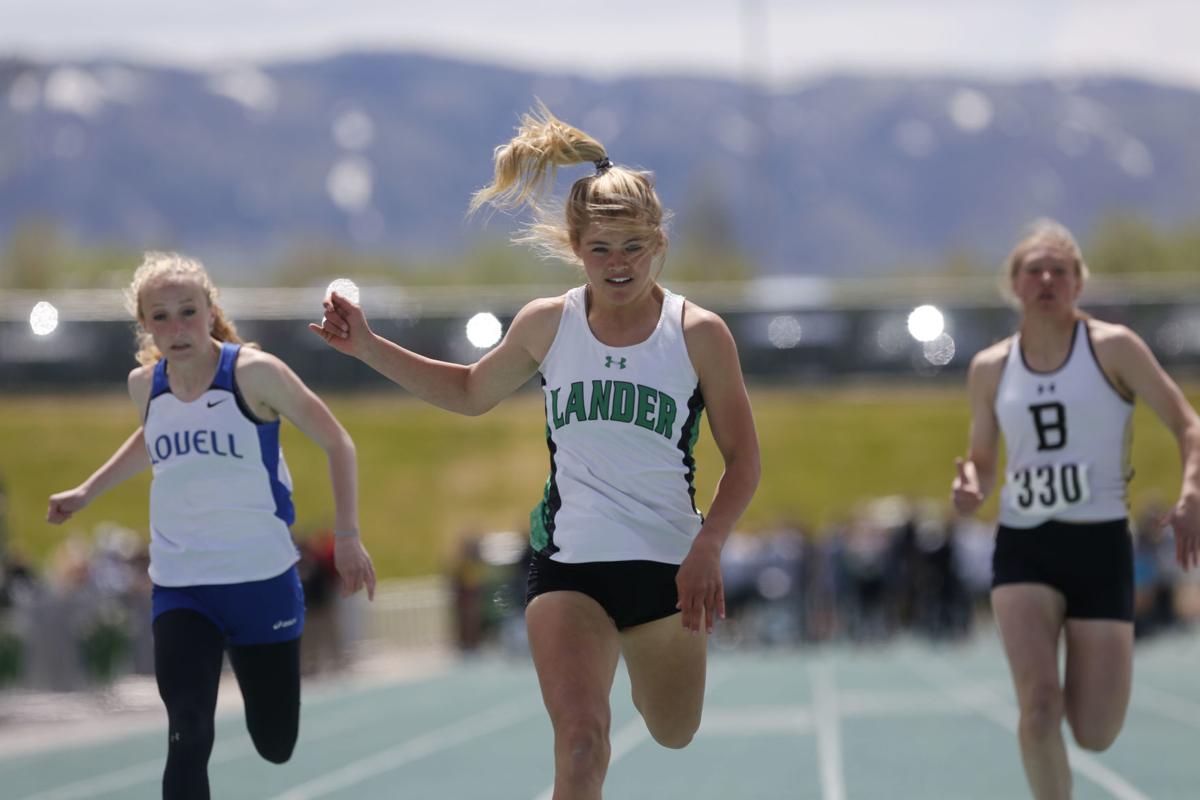 Lander's Madison Chance wins her heat of the Class 3A girls 100-meter dash prelims May 17, 2019 during the Wyoming State High School Track and Field Championships at Harry Geldien Stadium in Casper. 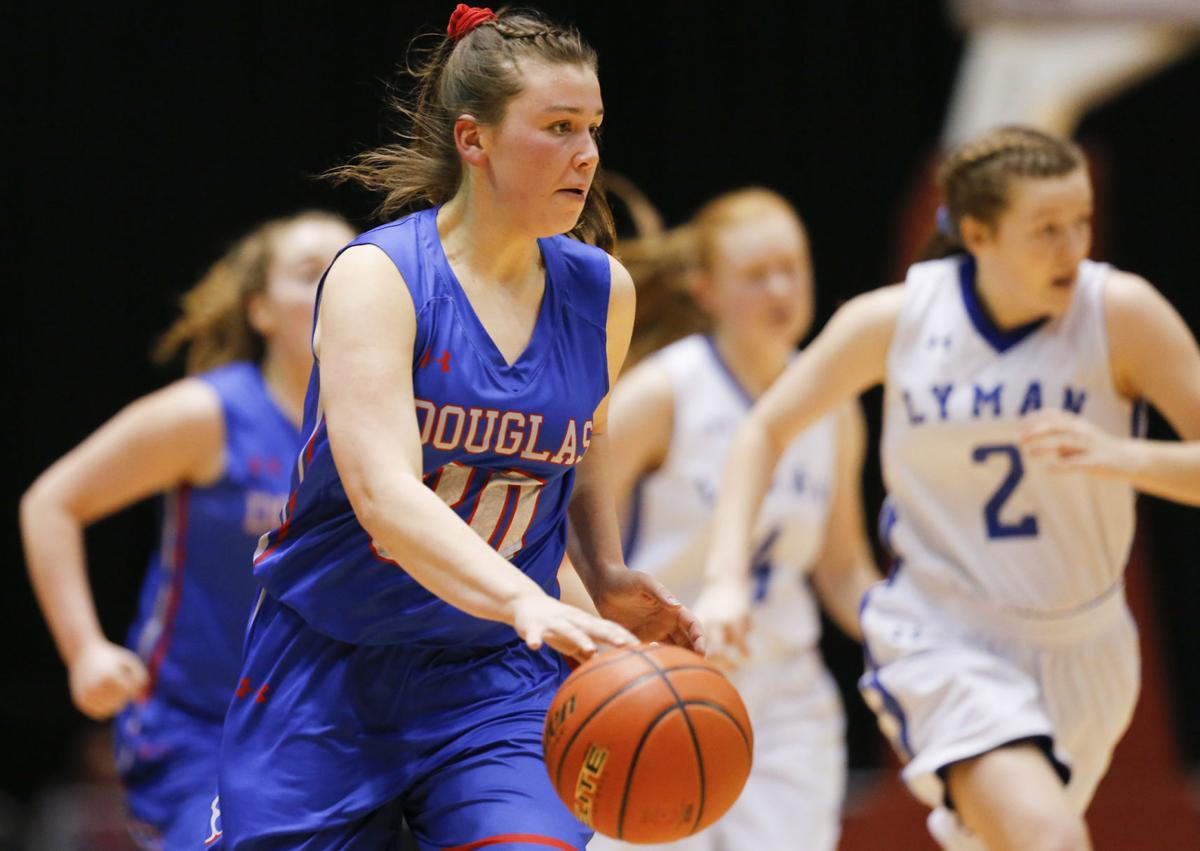 Douglas' Joslin Igo brings the ball up the court against Lyman in the Wyoming State High School Class 3A Basketball Championship game on March 9, 2019 at the Casper Events Center.

Every year brings ground-shaking news to Wyoming and, as with every other facet of life, sports holds a mirror up to society and reflects change.

There’s noticeable uncertainty from this point until the end of 2020. It’s the start of a new decade and a continuation of the steps already taken that were meant to build a better future. Decisions made out of both optimism and necessity will be enacted and the ripple effects will be felt.

Inevitably, unforeseen events will happen. That’s the way life goes. But there are forecasted uncertainties on the horizon. Here’s some of what lays beyond in Wyoming high school sports for 2020, and what they mean.

For the first time in decades, nine-man football will return to Wyoming this fall.

The goal for the classification is to establish a more solidified football base so schools aren’t left forfeiting games or remainders of seasons due to low numbers. It also gives large-participation six-man teams an opportunity to play more kids and broaden participation.

Successful 1A/11-man teams like Cokeville and Big Horn opted to move up to 2A because their participation numbers are solid enough to continue playing 11-man. So what this classification will see is teams like Southeast, Rocky Mountain, Wyoming Indian and Tongue River compete in a classification all their own.

All three team wrestling champions from last season are favored to return to the top of the standings in 2020.

Kelly Walsh won its first team championship in 2019 and enters the new decade as anything but an unfamiliar face to the top of the mountain. With four returning state champions and a deep lineup beyond that, the Trojans are likely to continue their imprint this season.

Star Valley won its fourth straight wrestling championship and 22nd overall last season. The Braves return several state placers from last season and appear in line to add to the school’s long history. Moorcroft won its seventh consecutive state championship last year and returns its champions into 2020, giving the 2A power the appearance of another chapter in an established dynasty.

Two Lander juniors recently competed unattached from their high school and aim to do more of the same in the future.

First, soccer standout Madison Chance played on her club team at the U.S. Soccer Developmental Academy Winter Cup and finalized her offensive output for the 2019 season. Already committed to playing for the Wyoming Cowgirls at the next level, Chance will continue to play soccer in Colorado while running track and playing basketball for the Tigers.

Every two years the reclassification cycle comes around and, to varying degrees, alters the projection of high schools in Wyoming.

For example, the most recent reclassification cycle brought with it a “16-16-16-rest” format for volleyball, basketball and track and field. That meant schools like Cody, Star Valley and Riverton moved all the way up to Class 4A, causing other programs to file into different classifications all the way down.

Granted, different classifications and alignments exist in football, wrestling, soccer, swimming, tennis and golf, so another set of classifications doesn’t seem as drastic. But with all of the uncertainty in Wyoming’s energy economy over the past year, that could bring harsh consequences for some schools’ enrollment numbers.

5. Winning streaks on the gridiron

Star Valley comes off its fourth championship in five years. This last one included victories over ranked teams from both Utah and Idaho before running through its in-state competition. But with multiple all-state and Super 25 selections graduating, what will the Braves look like this fall?

Big Horn looks at the same situation. The Rams return some key contributors from last season but they’ll have to compete in uncharted territory this fall. Big Horn will move up to Class 2A in order to compete at 11-man. That means they’ll have to play teams like Buffalo and Mountain View. And that’ll be interesting.

Four selections from the 2019 team return for senior seasons in 2020. After just one became a two-time selection this year, how many will return to the first team?

8. Bearcats on the hardwood

The Douglas girls basketball team is the most dominant in the state. The Bearcats will likely carry their Class 3A winning streak into a new decade and where they’re favored to repeat as champions.

Both Kelly Walsh and Cokeville won third consecutive state championships this past year. Sundance won its second in three seasons. Rawlins finally broke through in its third straight championship match. Will their presence on top continue?

Between both alpine and Nordic, the Jackson ski programs have won a combined 79 state championships. All four teams enter the new decade as favorites to continue that trend.

The boy's body was found about 4 miles from his family's home on a prairie hillside.

Gordon also directed "any individual coming to Wyoming from another state or country for non-work-related purpose to immediately self-quarantine for 14 days."

37 people have recovered from the illness, which has been identified in 17 Wyoming counties.

“You know, with 'Longmire,' we thought that this was kind of an appropriate thing to have in an airport in Wyoming,” airport director Glenn Januska said.

Though Wyoming is now the only U.S. state without a confirmed death, Tuesday saw the most cases in a single day in Wyoming since the pandemic began.

The Wyoming Medical Society has urged the governor to issue a shelter-in-place order to avoid the "horrific effects" of the virus' spread.

The Wyoming Medical Society has urged the governor to issue a shelter-in-place order to avoid the "horrific effects" of the virus' spread.

37 people have recovered from the illness, which has been identified in 17 Wyoming counties.

These Casper-area restaurants, cafes and other food and drink businesses are offering either pickup, delivery or both during restrictions related to the coronavirus. If you're a business owner who'd like your business added, call 307-266-0569.

Mayor: Police have received over 20 reports of people not abiding by COVID-19 restrictions

Lander's Madison Chance wins her heat of the Class 3A girls 100-meter dash prelims May 17, 2019 during the Wyoming State High School Track and Field Championships at Harry Geldien Stadium in Casper.

Douglas' Joslin Igo brings the ball up the court against Lyman in the Wyoming State High School Class 3A Basketball Championship game on March 9, 2019 at the Casper Events Center.