Read through the obituaries published today in Casper Star-Tribune. 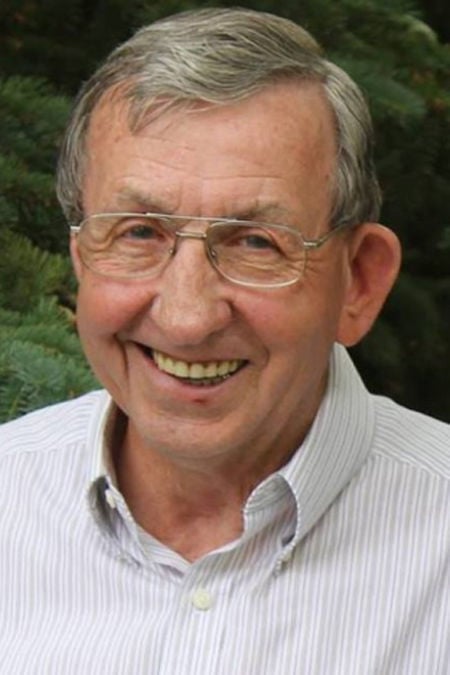 A private family service was held.

Jack was born on July 2, 1939 in Malta, MT, to Floyd and Evelyn (Raymond) O’Brien. He attended school in Saco until moving to Poplar, MT in the eighth grade and graduated from high school there.

Jack and his wife Shirley met at a dance in their hometown of Poplar, MT. He recalls asking her to dance and she said “she’d rather not”. She didn’t like him but his heart just knew, and he hounded her. Eventually she gave into his persistence and they were married June 9, 1962 in Poplar, MT.

Jack began his career in the oil industry as a high schooler, beginning in a warehouse and working his way up. After Poplar the family spent some years in Williston, ND before moving to Casper, WY where he worked. During his career, one work assignment took him to Newfoundland in eastern Canada, where he ran supply boats servicing off shore oil rigs, it was a place that touched him and he said about Newfoundland, “You were never a stranger but once.” He spent the last three years before retirement working in Dallas, while still living in Casper.

In 2014, Jack and Shirley moved to Bismarck to be closer to family. Besides his wife Shirley, kids, grandkids and wonderful family and friends Jack’s greatest passion was all things sports related. He could be found in the stands of any sporting activity — he didn’t need to know any of the players to enjoy the games. In his younger days he participated in just about every sport, he spent his later years perfecting his golf game. One of Jack’s greatest memories was of his Hole-In-One in Mesquite, NV.

He was preceded in death by his parents.

In lieu of flowers, donations can be made to the Missouri Slope Lutheran Care Center Foundation and/or the Bismarck Cancer Care Foundation.

To sign the online guestbook and to view Jack’s funeral service, go to www.eastgatefuneral.com.

Be the first to know with news alerts sent to your inbox as the story breaks! Sign up:

Available whenever you are ready to read! Check out today's newspaper in E-Edition format: