These non-virus headlines are in the news this morning: President Trump and his campaign team are dusting off the 2016 playbook for the 2020 race; Tropical Storm Arthur closes in on North Carolina coast; and a Canadian aerobatic jet crashed into a neighborhood, killing 1.

Read on for these stories, today's celebrity birthday's and more.

Accusations of a “deep state” conspiracy. Allegations of personal and family corruption. Painting an opponent as a Washington insider not to be trusted.

Trump and his allies are dusting off the playbook that helped defeat Hillary Clinton, reviving it in recent days as they try to frame 2020 as an election between a dishonest establishment politician and a political outsider being targeted for taking on the system. This time, however, the so-called outsider is the sitting president of the United States. Read the full story here:

Life-threatening surf and rip currents will spread along U.S. East coast beaches in the days ahead as Tropical Storm Arthur kicks up ocean swells offshore, the National Hurricane Center warned on Monday.

It's another early start for the Atlantic hurricane season: Arthur formed Saturday in waters off Florida, marking the sixth straight year that a named storm has developed before June 1.

The Hurricane Center said Arthur is expected to move near or just east of the coast of North Carolina, where up to 5 inches of rain was expected in spots Monday before turning away from the East Coast on Tuesday. Read the full story here:

A Canadian aerobatic jet crashed into a British Columbia neighborhood during a flyover intended to boost morale during the pandemic, killing one crew member, seriously injuring another and setting a house on fire. Video appeared to show the plane's crew ejecting.

The crash left debris scattered across the neighborhood near the airport in the city of Kamloops, 260 miles northeast of Vancouver, on Sunday. The Snowbirds are Canada’s equivalent of the U.S. Air Force Thunderbirds or U.S. Navy’s Blue Angels. Read the full story here:

Harvick wins at Darlington as NASCAR returns to racing

McIlroy delivers the winner as live golf returns to TV

On May 18, 1980, the Mount St. Helens volcano in Washington state exploded, leaving 57 people dead or missing. Click here for a gallery of photos from the days leading up to the eruption, the day of the eruption and the rescue and cleanup that followed:

Photos: A look back at the eruption of Mount St. Helens, 40 years ago today

On May 18, 1980, the Mount St. Helens volcano in Washington state exploded, leaving 57 people dead or missing.

Q&A: Why is drinking water so important?

Here's a look back at sports happenings on this date in history, May 18:

Fred Willard, the comedic actor whose improv style kept him relevant for more than 50 years in films like "This Is Spinal Tap," "Best In Show" and "Anchorman," has died. He was 86.

Jaime Susano, a graduating senior from Buckeye Union High School, shouts in celebration during a drive-thru graduation ceremony Parade of Graduates on the race track at Phoenix Raceway, Saturday, May 16, 2020, in Avondale, Ariz. The coronavirus has caused most schools to either cancel traditional graduations or find alternative celebrations. 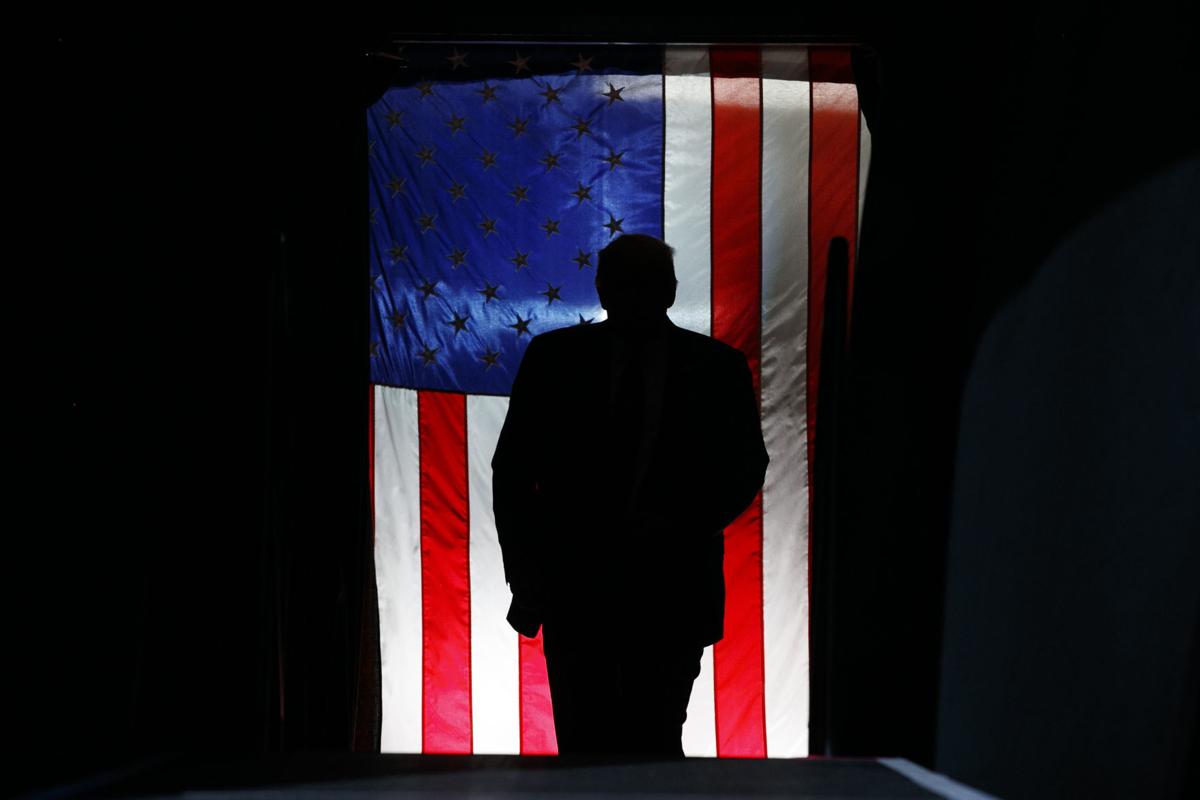