Family continues to search for missing 19-year-old last seen in Wyo.
0 Comments
Share this
{{featured_button_text}}
1 of 2 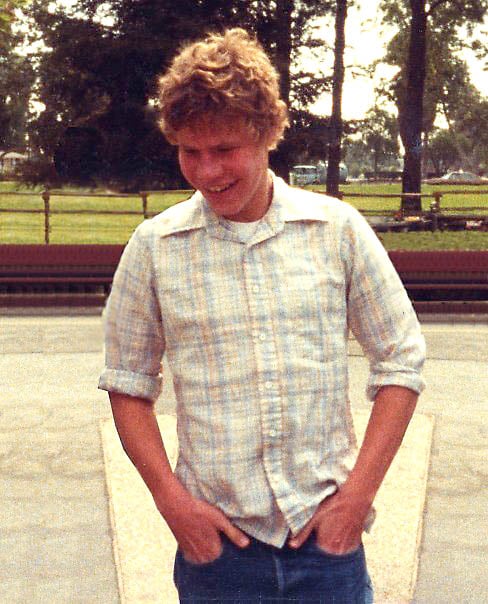 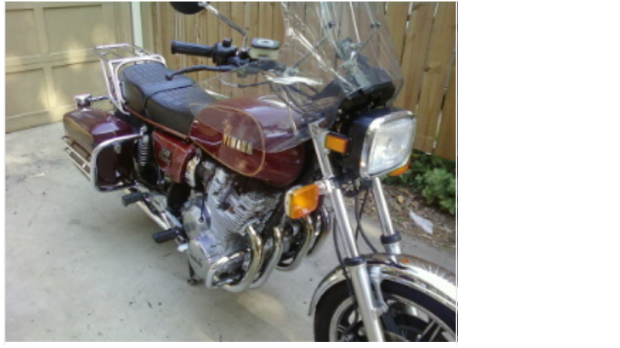 A Yamaha motorcycle that was the same make, model, and color as David's.

One of Jackie Aubut’s favorite memories with her son occurred on the last day she saw him.

It was a lifelong dream of Aubut’s to go swimming in the Great Salt Lake in Utah. So on her family’s August 1985 cross-country move from California to Massachusetts, Aubut insisted they stop for a swim.

“I was thrilled just to be refreshed by going swimming,” Aubut said in a recent interview. “The water was perfect and the day was perfect.”

The two children waited out Aubut’s dip, but when Alison couldn’t find a place to park, she told her brother to go fetch their mom.

Aubut climbed onto the back of the motorcycle and hugged her son.

“David, this feels great,” she said as they drove away. “We have to do this again someday.”

The now 72-year-old Aubut describes a natural high when recounting the time-capsule moment. Over the years, when she is asked about her disappeared son, she insists on telling this story first. The good before the bad.

The three continued on their journey northeast and stopped at a gas station so Aubut could change clothes and make a few phone calls. David’s motorcycle was having issues, so he told his mother and sister he would just drive on to the next exit to find a gas station in hopes there would be a mechanic. They agreed to meet at the next rest area.

Aubut and Alison failed to find David at the next rest stop, so they stayed the night in the bright yellow Ryder truck, with Aubut keeping vigil in case David pulled in. Aubut talked to her sister the next day, who had recently spoken to David. His motorcycle had broken down in Fort Bridger, a tiny historical community pocketed in the southwest corner of Wyoming.

David told his aunt that he had slept the night in the side of the highway, and the next morning pushed his motorcycle three miles up to the Bingo Truck Stop, now a TravelCenters of America truck stop. That afternoon, Aug. 5, 1985, he met a “rough-looking” man on a Harley-Davidson at the truck stop who got his motorcycle running again. David said he was initially scared of the man, but he turned out to be a nice guy.

David also told his aunt that he was going to drive to Rock Springs to meet up with his mother and sister, and would call when he got there. He never called.

Alison and Aubut stopped in Rock Springs and then in Cheyenne in hopes of finally catching up with David.

When it became apparent no one had seen him in either city, Aubut wondered if perhaps David had just driven on. He was originally from Massachusetts and was eager to return to his friends. Aubut and Alison stayed in Nebraska for the next few nights but decided to push forward by the end of the week, Alison said.

They stopped by various rest stops and visited the Nebraska state patrol to see if anyone had spotted the blonde, 6-foot-4 David on a motorcycle. Aside from passing on a message to David if he was seen, the troopers said there was little they could do.

“We just kept traveling back home,” Aubut said. “I really expected him to be there before us. Surely he’s just going to be back in Massachusetts by the time we get home.”

When David’s friends told Aubut they hadn’t heard from him either, she began to allow panic to set in.

From there, David’s family embarked on a maddening journey familiar to many families of missing adults. David was 19 — kids his age took off all the time and it wasn’t against the law, investigators told them.

The fact that he disappeared during a cross-country move aggravated the situation--law enforcement agencies in Massachusetts, California and Wyoming played jurisdictional hot potato with the case. Alison said each agency claimed it was the responsibility of another to investigate.

Authorities didn’t get involved until Aug. 14, 1985, nine days after David was last heard from, when his motorcycle was found on an isolated dirt road off South Baxter Road in Sweetwater County. It still held a half tank of gasoline, the keys were in the ignition and it was in running condition. A blue knapsack was found on the ground as well as his books, which rested neatly against the bike.

The couple who discovered the motorcycle had been camping in the immediate area. They told Sweetwater County Sheriff’s Department investigators that a few days earlier, on Aug. 8 or 9, they witnessed someone with long dark hair drive out of the draw where they later found David’s motorcycle.

They couldn’t make out whether the driver was a man or a woman, but described the motorcycle in considerable detail. It was large, turquoise and chrome, and had luggage or a bedroll on the back.

Investigators on horseback and ATVs conducted a search of the area along a ravine and through thick sagebrush. They found nothing but a missing cardboard box that the campers had been using as an outhouse. It did not appear to have been used as shelter, the report states.

In the nearly three decades since David’s disappearance, family members have revisited the site of his motorcycle, called every David Lovely in the phone book, kept tabs on his Social Security number usage and even enlisted a psychic to try and locate him.

Only in the past few years has Aubut been able to have photos of David around. Her son was precocious, she said — he loved English literature, nature, drawing, theater and music. He had a beautiful smile.

Despite his imposing height, David’s body was fragile. He was born with congenital defects — one kidney was too large and he was forced to undergo extensive operations as a child. His body produced excessive amounts of scar tissue and infections, Aubut said. He was in the hospital for months.

Reminders of the surgery persisted throughout his life. David was left with a large scar across his abdomen below his ribcage and was forbidden to play sports. Too strong of a blow to his stomach could cause serious complications.

It was this fact that serves as a basis for one of the family’s many theories about what might have happened. David’s sister, Cindy Lundberg, suggested that this could have had something do to with his disappearance.

“If he got in a fight with anyone, even if it was accidental, someone could have accidentally killed him,” Lundberg said.

Aubut wonders if it was an act of nature.

“I don’t know. There were a lot of crevices in the area,” she said. Maybe he was sleeping in that box; maybe he had to get up in the middle of the night to go to the bathroom, couldn’t see where he was going, and fell in, she said.

And then there are the more sinister speculations. Alison has questioned why law enforcement didn’t investigate the Bingo Truck Stop and try to figure out who the man on the Harley was.

The family says the hardest part is the unknown.

“There’s no sense in even guessing anymore because none of us knows what happened,” Aubut said. “It’s something that never goes away.”

If you have any information that could be relevant to this case, please contact the Sweetwater County Sheriff's Office at 307-872-6350.

Lemurs have a 'gourd time' at Oregon Zoo

Lemurs have a 'gourd time' at Oregon Zoo

A Yamaha motorcycle that was the same make, model, and color as David's.