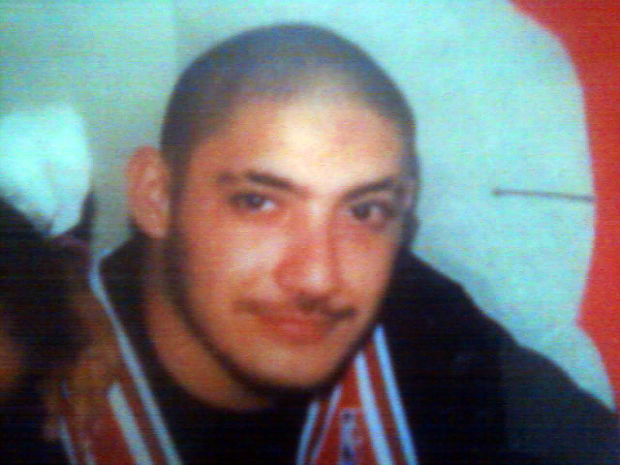 An undated photo of Jamie Kamai, who was shot and killed on June 21, 2001 in Cheyenne. 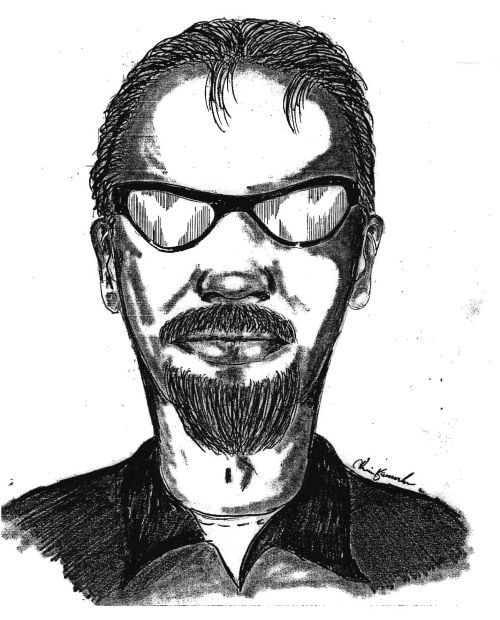 A sketch of the suspect officials believe killed Jamie Kamai on June 21, 2001 in Cheyenne.

Just after 8 a.m. June 21, 2001, Jamie Kamai was confronted by an aggressive driver who seemed to be tailing him.

The road rage began as Kamai was headed to drop off his children at their babysitter’s house in south Cheyenne. The driver shadowed the 25-year-old Kamai for maybe miles, witnesses would say later — down South Greeley Highway, then west on East College Drive — before  Kamai had had enough.

Witnesses said Kamai stopped his car in the traffic lane and went to confront the driver of the pickup truck, leaving his two children in the car, according to a Wyoming Tribune-Eagle article. He was half a block from the babysitter’s house.

The driver shot Kamai two times as he approached, once in the hand, and once in the side. Kamai walked back to his children and tried to start the car before the man appeared behind him and shot him in the back, Kamai’s mother, Aunita Kamai, said in a recent interview.

After seeing all the blood, Kamai’s young stepson Darius exited the vehicle as the driver sped off.

“He said when he got out, he put his hands up in the air because he was scared (the driver) was going to shoot him too,” Aunita said. The driver made no attempt to rid of the witness, though.

The boy sought help from a flagger at a nearby construction site, Aunita said. Kamai died shortly thereafter at United Medical Center-West.

The killer’s brazen approach makes it difficult for Kamai’s family to comprehend why now, 12 years later, no arrests have been made.

The murder was committed in broad daylight at a busy intersection. There was a construction crew nearby as well as a convenience store and a fireworks stand, just weeks before Independence Day, previous reports state.

The murderer wasn’t particularly stealth with his identifiers, either. A sketch artist drew a composite of the man witnesses said they saw in the truck, and the truck itself was describable. (There was initial confusion on the color of the pickup, but authorities now can say for certain it was red with a white top.)

One of the earliest and seemingly most promising leads came from a woman who was in the process of getting a tattoo, Aunita said.

The woman had received a portion of the tattoo already from a local man before Kamai’s death. When she returned a few days after the shooting to have it completed, the artist was gone, the shop shuttered.

Concerned that the shop was closed because of health violations, the woman stopped by another tattoo parlor and asked what was going on.

“They said, oh, no, no, he closed down the shop because he was the one who shot that kid on Greeley Highway,” Aunita said.

Detective Andrew Pascoe for the Laramie County Sheriff’s Department confirmed that the tattoo artist was a suspect at one point, but said investigators are currently looking in other directions.

“He’s not completely scratched off the list,” Pascoe said in a recent interview. “But so far he does have a good alibi.”

Pinning down a motive for Kamai’s death has been difficult, the family says. He is described by his mother and brother as a “good guy”—a family man fiercely devoted to his 11-month-old daughter, Deija. Kamai worked as a furniture mover for Grier Furniture and was just getting his life together.

Shortly before his death, Kamai asked Angel, the mother of his child, to marry him.

“He had had a talk with Darius and said, ‘I know I’m not your dad, but I’m your friend,” Aunita recalled. The two had planned a fishing trip that week, and Darius got Kamai a card for the occasion that featured two bears fishing.

“Darius went up to (Kamai) and said he thought it was time for him to call him dad,” Aunita said. Kamai agreed, and with this, Angel agreed to marry him.

“She said, ‘You reacted just how I thought you’d react,’” Aunita said.

Neither Aunita nor John Kamai Jr., Jamie’s older brother, are able to name any enemies Kamai may have had.  The two said he typically avoided trouble.

“He took care of me like he was my big brother,” John said.

Aunita said her son drank but wasn’t a drinker.

Theories that have arisen over the years have ranged from a random gang initiation to simple road rage to mistaken identity. It’s the latter that John is clinging to.

“The night before, he had loaned his car to somebody,” John said. “The next morning (the killer) had seen his car and went after it.”

The Kamai family, namely Aunita, has been outspoken in their criticisms of the Laramie County’s Department.

“To me it just seemed like they just kept sweeping it under the carpet,” she said.

“To me, it’s like he got shot, and he doesn’t have a big name, and we’re not people who have a lot of money,” Kamai’s cousin, Gina Romero, is quoted as saying. “It seems like they’re not doing all they can.”

A few months ago, Aunita met Pascoe, the new detective in charge of the cold case.

“I have not had a problem with this guy like I did all the other detectives,” she said. “… He had told me that he was going back to the beginning, going back through everything they had.”

Aunita said she was told that deputies had begun posting fliers of cold cases in local prisons in hopes to inspire tips.

She said an inmate had been bragging about how Kamai was the second “Jamie” he had killed.

Pascoe confirmed that there are currently three new suspects that detectives think look good for this case, but declined to comment further.

He is optimistic about new evidence that investigators have obtained of the incident. Previously underutilized video footage has recently been processed.

“When you send those out to crime labs for forensic analysis, it can put an investigation off a year with no problem,” he said. “In 2001, the technology wasn’t quite there.”

Pascoe said investigators sent the video back for review about a year ago and were finally able to decipher what color of vehicle the suspect was driving, a major break in the case.

Pascoe said he’s fairly confident that the case will eventually be solved.

“At least I would like to say so,” he said. “Again, a lot of it is dependent on the evidence. That is our intent, though.”

If you have any information on this case, please contact Detective Andrew Pascoe at the Laramie County Sheriff's Department at 307-633-4700.

An undated photo of Jamie Kamai, who was shot and killed on June 21, 2001 in Cheyenne.

A sketch of the suspect officials believe killed Jamie Kamai on June 21, 2001 in Cheyenne.