When Americans switch on their lights, less and less of that power is coming from coal.

Fifteen years ago, thermal coal was responsible for generating 50% of the country’s electricity. Last year, coal’s contributions were half that amount. That’s in part because utility companies have been gradually turning to cheaper natural gas and renewable energy.

The implications are potentially catastrophic for Wyoming, the country’s leading producer of coal. As the nation shifts away from using thermal coal for electricity generation, the path for Wyoming’s coal-dependent economy, and its small population of power users, remains dubious.

For nearly a year, Wyoming’s Public Service Commission has been investigating the state’s leading electrical utility. At the core of its inquiry sits the gnawing question of what role, if any, the state’s regulatory body can have in protecting the Wyoming coal communities that have reliably powered the nation for decades.

The Public Service Commission held a consequential public hearing recently to present the results of its investigation into the publicly regulated utility, PacifiCorp.

The commission’s judgments could influence Wyoming’s energy landscape — and economy — for decades to come.

How this all began

PacifiCorp is the parent company of Rocky Mountain Power, which provides about 146,000 residents in Wyoming with power. It’s a big utility, the largest of its kind in Wyoming. Its service territory spans across six states.

Every other year, the company gathers a team to generate what is called an “integrated resource plan.” The plan outlines a 20-year roadmap for how the utility will provide the least costly, most reliable electricity to consumers.

It’s a complicated process that can take months. Throughout it, the utility attempts to forecast what economic and political conditions or new technologies will exist in the future, and how they could influence the cost of funneling electricity to consumers.

As of late, the process has arguably taken a more political tone in Wyoming. That’s in part because under its most recent plan, PacifiCorp wants to retire some of its coal-fired power plants early.

In October 2019, PacifiCorp released its integrated resource plan. In it, the company outlined a vision that included the shuttering of two-thirds of its coal fleet nationwide. The 2019 integrated resource plan identified the following coal-fired power plant units for early retirement: Jim Bridger units 1 and 2 near Rock Springs, as well as Naughton units 1 and 2 in Kemmerer. In coal’s place, PacifiCorp planned to invest billions of dollars in renewable energy, including wind, solar and battery storage, with a majority of the fresh development destined for Wyoming. Transitioning to more renewable energy would save customers millions of dollars, the company said.

But for the small towns built around PacifiCorp’s coal plants in Wyoming, the news was nothing short of devastating.

Under the utility’s controversial plan, PacifiCorp would retire coal units at the Naughton power plant in Kemmerer, Jim Bridger near Rock Springs and Dave Johnston in Glenrock. In turn, the company would invest in the expansion of renewable energy, battery storage and transmission infrastructure in Wyoming.

But shuttering several of the state’s coal plants would be ruinous for communities deeply dependent on the facilities for jobs and economic activity, critics of the plan said. Closing down a coal-fired power plant would leave hundreds of workers and their families with few options. And if the past is any indication, losing a major employer can turn a thriving Wyoming community into a ghost town in a matter of years.

PacifiCorp’s integrated resource plan was also one of the most costly in its history and, as Chairwoman Kara Fornstrom put it, the shift away from coal toward renewables “came without warning.”

So on Nov. 13, with the governor’s endorsement, the Public Service Commission launched an investigation into PacifiCorp’s plan.

“It was incumbent on the commission to thoroughly understand such a massive investment no matter the resource mix proposed,” Fornstrom asserted. “To not do so would be a dereliction of our duty to ratepayers.”

For decades, the Wyoming Public Service Commission has upheld an unequivocal mission: “provide safe and reliable service to customers at just and reasonable rates.”

Though it has statutory authority to investigate and hold a contested case hearing on a utility’s plan, no investigation has garnered as much attention as the one into PacifiCorp.

As part of its process of scrutinizing PacifiCorp’s plan, the regulatory body held public hearings in Rock Springs and Kemmerer, communities whose fates remain deeply intertwined with the coal-fired power plants there. The commission also hosted several technical hearings. It asked key stakeholders including advocates for consumers, landowners, industry and local governments, to submit testimony and briefs to guide the commissioners.

Along the way, PacifiCorp vehemently defended the integrity of its plan.

The 11-month long investigation raised several pressing questions for the commission: What is the purpose of an integrated resource plan? How would the commission’s determinations ultimately effect ratepayers’ pockets down the road?

And perhaps most critically: Should the commission require utilities to consider the impact of its decisions on workers and their communities?

In the eyes of the commission, PacifiCorp’s integrated resource plan fell short on multiple fronts.

For one, the utility did not adequately consider what it would mean to keep coal units operating for their full life cycles, the commission concluded. Nor did PacifiCorp sufficiently interrogate the potential reliability and generation capacity issues associated with renewable energy, commissioners said. Furthermore, the utility neglected to consider the potential of retrofitting its coal fleet with carbon capture.

Ultimately, the public utility also overlooked the “devastating” economic impacts prematurely retiring its coal plants would have on local and state communities, according to the commission.

But even though the commission found the utility’s plan deficient, regulators said it did not find it appropriate to require the utility to calculate the socioeconomic consequences of retiring coal-fired power plants in its integrated resource plan, at least not for now.

“As most of you know by now, my regulatory philosophy regarding the commission’s role is a traditional one,” Fornstrom, the commission chairwoman, said during public deliberations held this month. “As personally moved as I am by this evidence, I have concluded that socioeconomic impacts should not be part of resource planning in the (integrated resource plan).”

Instead, the commission said it would consider asking utilities to include an “economic impact assessment” in future plans or other requests. However, more discussion and rule making would be required to impose any new standard for the integrated resource plan.

Nonetheless, Fornstrom maintained that analysis of economic impacts to local communities was still “critically important” for utilities to perform.

Gov. Mark Gordon commended the Public Service Commission for engaging in a “thorough” and “transparent” review of PacifiCorp’s plan.

“All interested parties were able to participate and evaluate the information surrounding the assumptions made in the (integrated resource plan) as well as the associated socio-economic factors,” he said in a statement.

“While the socio-economic factors are outside the regular scope of the (Public Service Commission’s) findings, they recognized that Rocky Mountain Power’s implementation of the 2019 (integrated resource plan) will have significant local economic consequences,” he added. “The upcoming order is important to Wyoming, ratepayers, and to Rocky Mountain Power, as it will lay out the findings of the PSC in more detail.”

State lawmakers have already used their power to pressure utilities to keep producing electricity from Wyoming coal. Many have said they will continue doing so, even if it means Wyoming ratepayers may have to shoulder higher costs for power down the road.

“I have no doubt there are many Wyomingites who would be willing to pay a little bit more in electricity to keep their friends and neighbors at work and continue to create value in an asset Wyoming has,” said Rob Godby, economist at the University of Wyoming and associate dean of the Haub School of Environment and Natural Resources. “I don’t doubt that.”

But to him, that push to keep coal burning in Wyoming should not come from state regulators, like the Public Service Commission. The commission is tasked with evaluating the merits of any utility’s plan on the basis of two things: cost and reliability.

To that end, adding a requirement to consider the socioeconomic impact of a plan, “just doesn’t fit into the regulatory concept that we have built entire utility commissions around,” Godby said.

“The Public Service Commission is not the place to think about socioeconomic consequences,” he told the Star-Tribune. “I’m glad the commission did not go in that direction, because it would almost be unworkable in the traditional regulatory environment.”

But when the commission announced it had found PacifiCorp’s plan deficient, Godby called the conclusion “political and predictable.” PacifiCorp completed its 2019 integrated resource plan to the best of its ability, based on the requirements set by the commission, he said.

The debate over whether to include socioeconomic consequences in a plan like PacifiCorp’s has inspired the commission to host a conference early next year to consider revising the process.

What that will mean for communities whose lifeblood depends on coal remains to be seen.

Arch anticipates slashing thermal coal production by another 50% over the next two to three years at its coal mines in the Powder River Basin.

As government spending is cut to the bone, Wyoming is spending millions to promote coal. Will it pay off?

The state's $3.45 million investment in promoting coal, if successful, could have a huge bang for its buck. But some wonder if it's a wager Wyoming can afford to make.

Kara Fornstrom's term extends until 2025. The governor has yet to name a replacement.

The investigation centered on the question of what role, if any, the state’s Public Service Commission should have in protecting the Wyoming coal communities that have reliably powered the nation for decades.

Petrie will replace Kara Fornstom, who resigned in December after leading the commission for almost eight years. 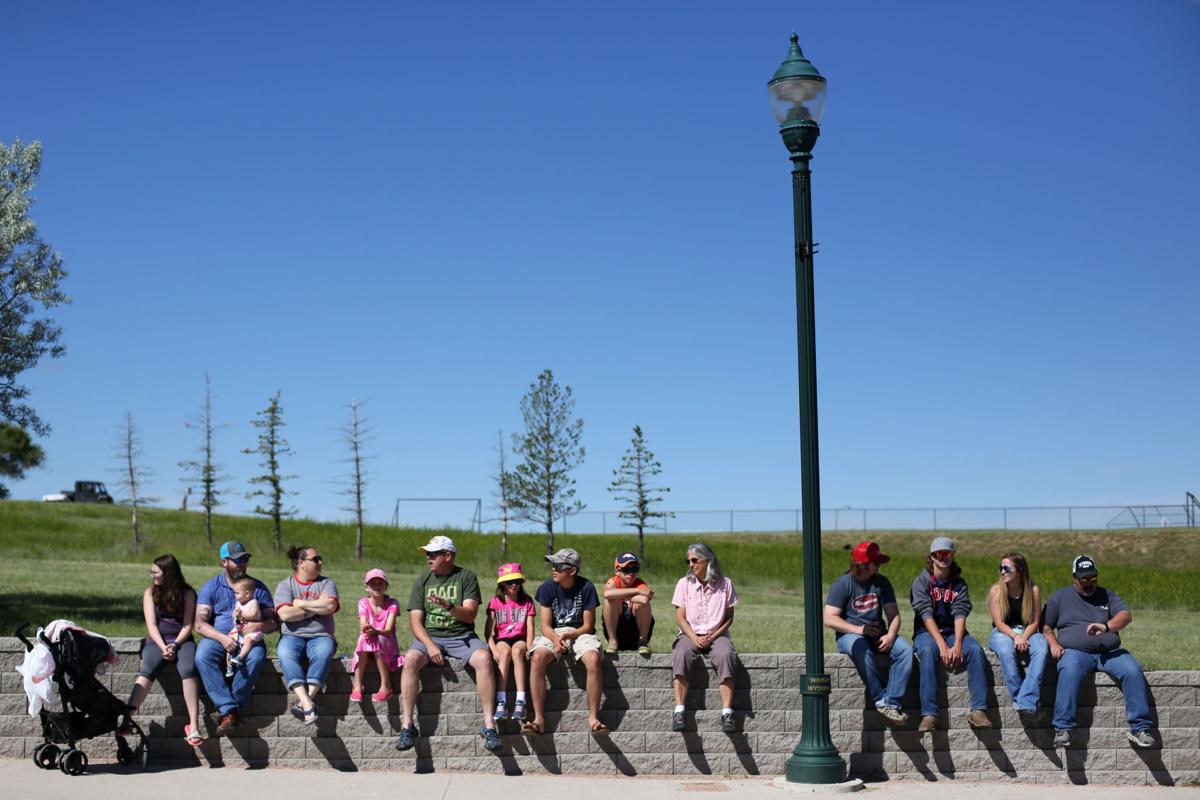 Residents of Wright sit on a wall along Wright Boulevard in anticipation of a parade on June 22, 2019, during the annual Wright Days celebration of the small Wyoming town. Wright is heavily dependent on coal for its economic livelihood. 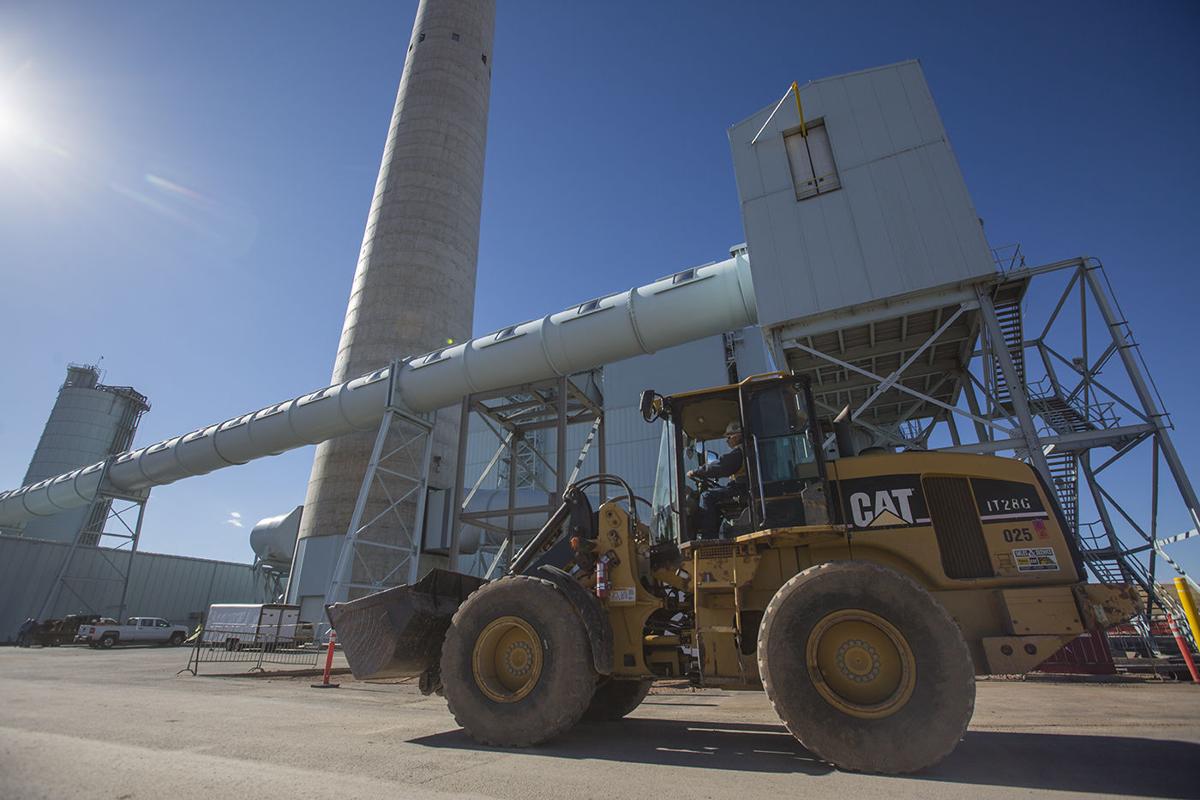 A bulldozer drives passed the Dry Fork coal-fired power plant outside Gillette where they are building the Integrated Test Center in 2018. 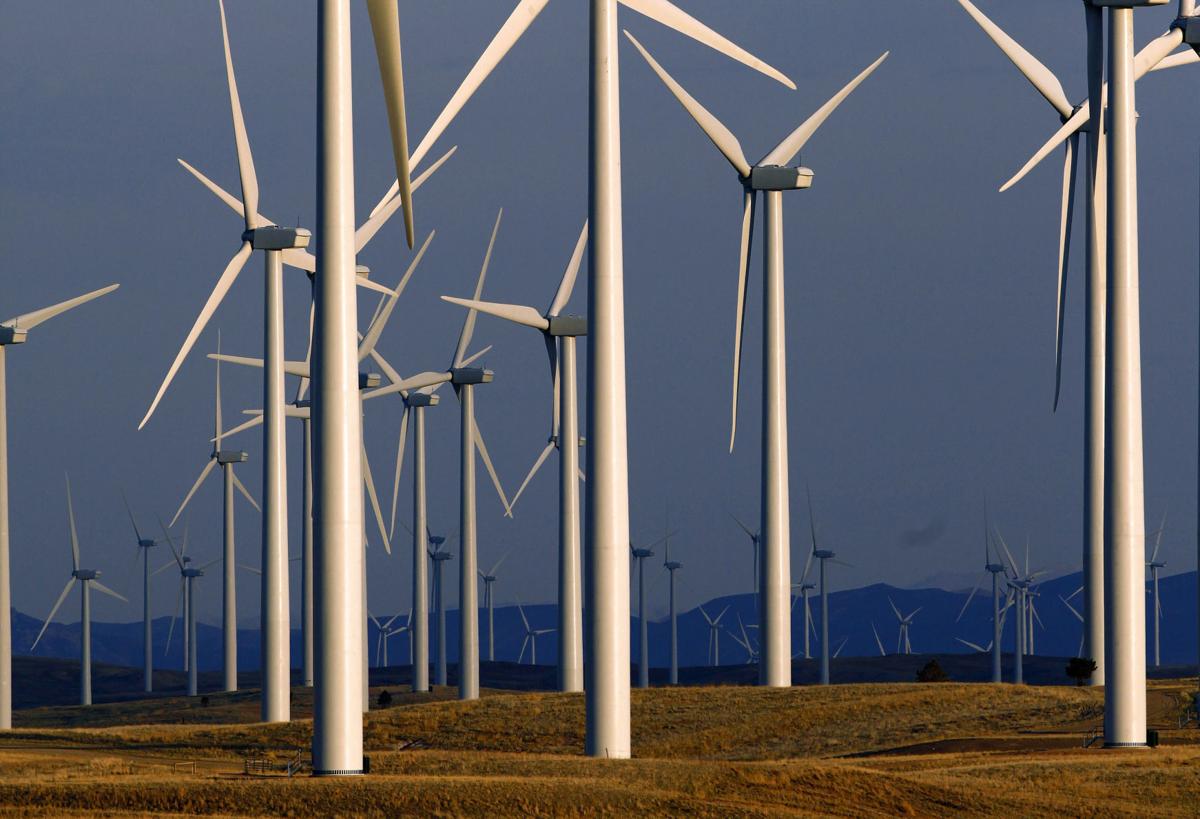 A wind turbine farm owned by PacifiCorp near Glenrock is seen in 2013.