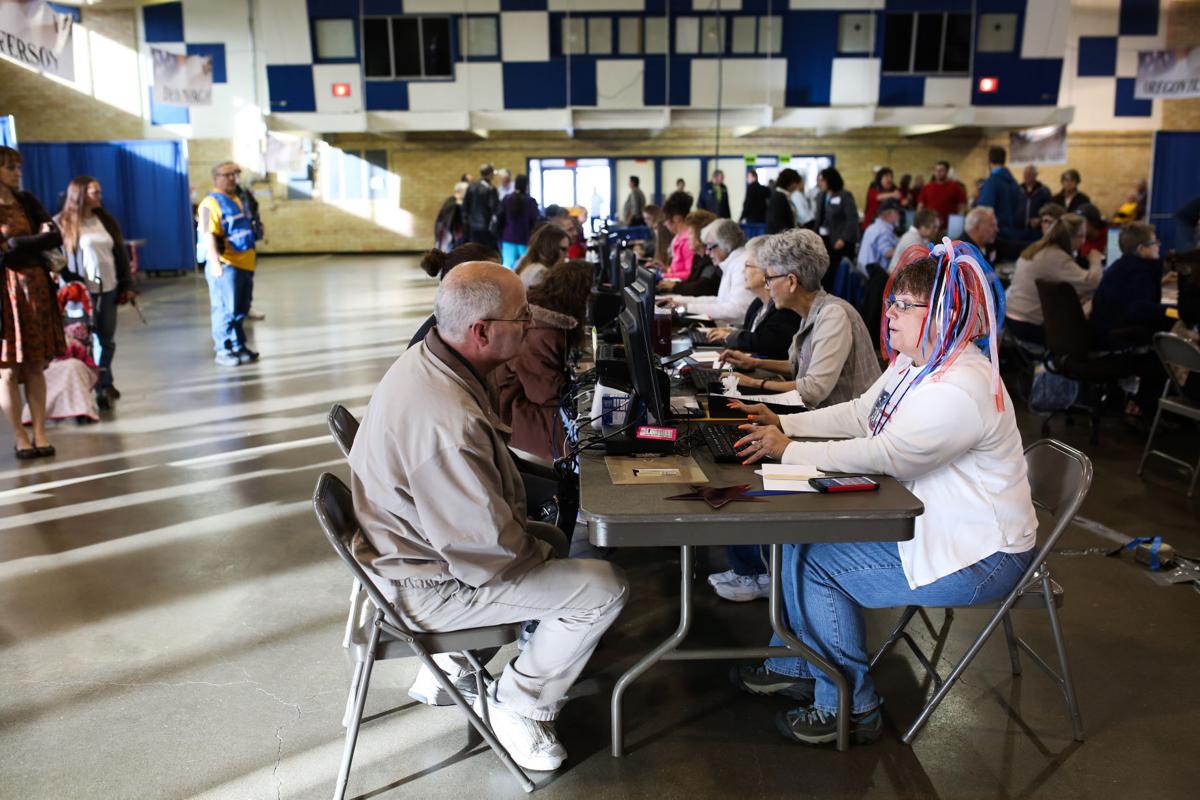 Diahann Franklin registers voters while wearing a red, white, and blue hat during on Election Day 2016 inside the Industrial Building at the Central Wyoming Fairgrounds. A libertarian think tank is heading a lawsuit that seeks to allow a conservative advocacy organization to promote conservative candidates and causes inside of a “restricted speech zone” near polling places. 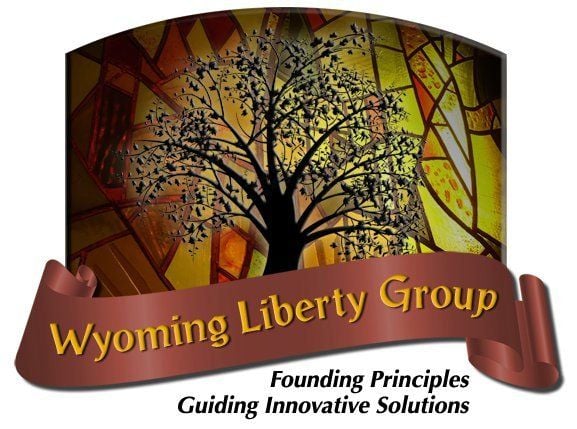 Attorneys for the state’s leading libertarian think tank are suing Secretary of State Ed Buchanan and several top Laramie County officials for a conservative advocacy organization’s right to promote conservative candidates and causes inside of a “restricted speech zone” near polling places in Cheyenne.

The lawsuit — filed by the Wyoming Liberty Group against Buchanan, Laramie County District Attorney Leigh Ann Manlove and Laramie County Clerk Debra Lee in U.S. District Court on Friday — stems from a complaint by conservative activist John C. Frank, a former Colorado resident and a worker with the conservative organizing service Grassfire. Frank hopes to challenge the state over a provision in Wyoming law preventing people from contacting voters or exercising their political speech within 100 yards of a polling place.

According to the lawsuit, Frank hopes to stand on the sidewalk outside his polling place on the Laramie County Community College campus as well as the Laramie County Governmental Complex to hand out literature supporting candidates and boosting conservative causes like the right to bear arms and private property rights near those polling places on election day. According to the lawsuit, he also hopes to be able to offer his organization’s signature-gathering services as part of that effort, similar to campaigns Grassfire has conducted in states such as Utah and Colorado.

Under the current law, Frank would either be required to stand well across the street from the Laramie County Governmental Complex or well off of the LCCC campus to make his pitch to voters, a restriction his attorneys argue provides an undue burden to his activism. Even driving through the buffer zone with a bumper sticker exceeding the permitted size under state law — 6 by 14 inches — could merit a misdemeanor offense, Frank’s attorneys argue.

The law has been tested before: In 2014, independent candidate for governor Don Wills regularly saw his signature gatherers shooed from polling places in Cheyenne as he was working to get on the ballot, and in 2018 Republican gubernatorial candidate Foster Friess was asked to leave Gillette’s Camplex on primary day after he was spotted campaigning near the entrance.

While similar restrictions exist in every state across the country, the attorneys — the Wyoming Liberty Group’s Stephen Klein and Cassie Craven — argue that Wyoming’s 100-yard sphere around polling places is far out of line with already existing legal precedents set by federal courts and could potentially hamper one’s right to free speech during the height of election season.

“Three months of prohibitions like that around our government complexes, our courthouses — particularly during the warm months, and particularly during an election year — pretty much shuts them out of realistically engaging in business,” Klein told the Star-Tribune on Monday.

Buchanan’s office did not respond to a request for comment by press time Monday evening.

The heart of the Wyoming Liberty Group’s legal argument, Klein said, lies with an obscure decision in the late 1980s ruling 100-yard buffer zones unconstitutional after complaints by a number of national media organizations who, under the law, were forbidden to conduct exit polls. While other states revised the size of their buffer zones to comply with the law, the Wyoming Legislature simply chose to exempt exit polling from the written limitations of the zone, bringing them in compliance with the Supreme Court’s ruling without actually having to change anything.

Because the Legislature appeared to have passed an unconstitutional law, Klein said, the only recourse to overturn it was through additional legislation or through suing the area’s top election officials. After a failed effort to amend the law in the 2018 legislative session, he said, a lawsuit appeared to be the organization’s only form of recourse.

“When the Legislature passes an unconstitutional law, you don’t sue the Legislature,” he said. “That’s the whole idea about the separation of powers, right? The executive branch is who enforces the law, and they’re the ones who can ask the third branch — the judicial branch — to prevent the enforcement of it. Then as a result, when the law becomes unenforceable, it’s often the case — though not always, as we’ve seen here — the legislature will generally go back and fix the law into something that’s actually enforceable.”

Layoffs rock KTWO-TV under new ownership, who vows to do 'more with less'

Since Coastal Television Broadcasting officially took over operations in June, it has laid off five on-air personalities, including an award-winning meteorologist and its lone sportscaster.

Wyoming Gun Owners has drawn criticism for its out-of-state ties and aggressive campaign tactics, but its policy director says the group wouldn't be doing its job "if we didn’t have moderate politicians howling during the primary season."

The 90-minute debate gave the candidates an opportunity to sell voters on the viability of their own brands of liberal politics in a race many see as a warm-up for a second place finish come November.

307 Politics: Moving with the times

The Powder River Basin Resource Council intends to provide the “education, tools, and resources available for a planned transition to a new, diversified Wyoming economy” with its new series.

While the commissioners called it a “difficult choice,” several members of the board described O’Hearn as the most experienced candidate to represent the district until the Legislature reconvenes in a general session in 2021.

Mountain States Rosen, a Wyoming-based cooperative of lamb producers in the U.S., announced it would be closing its plant in Greeley, Colorado, eliminating more than 200 jobs in the area.

Blinken: No concessions to Russia on Ukraine

Blinken: No concessions to Russia on Ukraine

Fed plans to raise rates as soon as March

Fed plans to raise rates as soon as March

Diahann Franklin registers voters while wearing a red, white, and blue hat during on Election Day 2016 inside the Industrial Building at the Central Wyoming Fairgrounds. A libertarian think tank is heading a lawsuit that seeks to allow a conservative advocacy organization to promote conservative candidates and causes inside of a “restricted speech zone” near polling places.