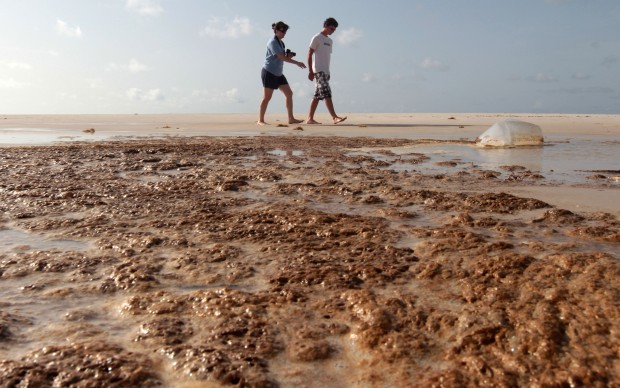 Beach walkers make their way past puddled oil along the beach in Orange Beach Ala., on Wednesday. Oil washed ashore with the tide overnight, leaving an ugly stain that brought out dozens of BP workers to clean. Former Minerals Management Service director Johnnie Burton, of Wyoming, says she knew of no indications the offshore oil and gas industry in the Gulf was prone to such an accident during her time of service from 2002-07. (Dave Martin/AP) 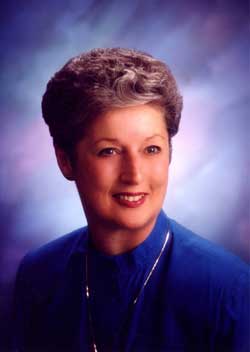 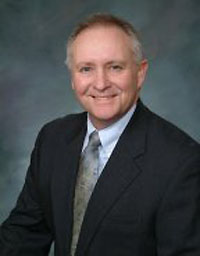 Former Minerals Management Service director Johnnie Burton says the spewing oil well in the Gulf of Mexico is a disaster that merits a world-wide effort to plug.

As for her oversight of the agency from 2002 to 2007, Burton said she knew of no indications the offshore oil and gas industry in the Gulf was prone to such an accident.

"I have been gone from the Minerals Management Service for three years, and I may not remember a lot of details. But I remember enough to tell you, for the five years I was there, we never relaxed any rules -- never changed any rules to make them any less safe," said Burton.

In an exclusive interview with the Star-Tribune this week, Burton defended her leadership of the federal agency, which was recently renamed the Bureau of Ocean Energy Management, Regulation and Enforcement, or BOE.

During Burton's five-year tenure of the agency, it was embroiled in controversy over the "royalty-in-kind" program and ethical lapses in which a handful of MMS employees accepted gifts from, and were literally in bed with, the very industry it was supposed to regulate, according to government reports.

Burton also presided over the agency when hurricanes Katrina and Rita wreaked havoc on oil and gas operations in the Gulf. Burton said wells and undersea pipelines withstood the storms with minimal spillage, but many drilling platforms went missing at sea for days.

"I wasn't pleased to learn that several production platforms disappeared," said Burton. "That troubled us."

Burton said she initiated an effort that resulted in more stringent mooring standards.

"We made that ruling with the idea of strengthening the safety," said Burton.

As for allegations of lax enforcement at the Minerals Management Service, grossly inadequate spill response plans and other regulatory shortfalls, Burton said that as MMS director she was unaware of those problems.

"I can't answer all these questions at this point because when I was there it seemed to work well," Burton said.

Burton said safety enforcement and inspections were largely left to the MMS division in New Orleans, where inspectors had access to only three or four helicopters for site inspections. And that access was further limited by poor weather conditions much of the time, she added.

She said drilling and production plans went through a series of MMS divisions where they were scrutinized by geologists, engineers and other professionals.

"I can't give you the details because I don't know," said Burton. "People seem to forget that this [offshore drilling] has been going on in the Gulf of Mexico for 50 years. We haven't had very many accidents. It seemed the performance was pretty good until this happened."

Burton said the logistics of drilling some 15,000 feet and deeper into the ocean floor in waters 5,000 feet deep requires that regulators depend on a certain amount of information provided by the companies themselves.

"I don't know what happened on that BP well. People keep asking me. I don't know," said Burton. "Were there problems with what BP wanted to do and it was approved without enough scrutiny? I don't know."

An Interior Department inspector general's report in 2008 detailed ethics violations among a handful of MMS employees at the Lakewood, Colo., office. Employees allegedly engaged in drug use and accepted gifts from industry officials, and even had sexual encounters with industry officials.

Although the report came out in the fall of 2008, Burton said she is the person who, in 2006, asked the inspector general to look into allegations of ethics violations in the Lakewood office.

"I heard rumors that we had problems in that area, and I went to the inspector general. I'm the one who turned them in," said Burton.

Burton said that before the 2008 report went public, one of the main MMS employees involved in the controversy agreed to resign, and several others were reassigned within the MMS where they would have no fraternal access to industry officials.

She said the MMS has been branded by the salacious details of the report, but the violations only involved 10 or 12 employees out of 500 in the Colorado office.

"[The inspector general's report] talked about all the bad stuff they had found, but it didn't say it had already been addressed," said Burton.

The federal government collected some $12 billion from mineral revenues in 2008.

But the royalty-in-kind program administered by the agency is being phased out under Interior Secretary Ken Salazar.

Deductions are allowed for certain things such as pipeline tariffs, then the government takes the oil and gas and sells it on the open market for the best price it can get.

Burton said she didn't design the RIK program, but remains convinced that the federal government made more money off the program than it otherwise would have through common royalty payments.

"I know royalty-in-kind made money for the government," said Burton.

But that program, too, was mired in controversy.

For starters, it was managed in the same Lakewood, Colo., office where ethics violations occurred and by some of the same employees accused of those ethics violations. The Government Accountability Office suggested the program was rife with accounting errors and it was believed by many that the American public was getting short-changed.

When the RIK program was written off in August, the MMS estimated it was owed a net $21 million for past imbalances, "but it lacks the information necessary to calculate the full amount of revenues due," according to the GAO.

Whatever is owed is not being written off as a loss, according to agency officials. Imbalances will be corrected and money collected, including interest, according to the agency.

Burton said many of the RIK contracts that came under scrutiny were signed during the Clinton administration -- years before she became MMS director. "But I was the one who got crucified," she said.

Burton said she had ordered a third-party review of the program, and when the Interior's inspector general found unethical actions by MMS employees involved in the RIK program, "We moved them out."

Burton, 70, served on the Natrona County School Board from 1978 to 1982, during which time she managed an oil and gas reporting service company. She then served three terms in the state House of Representatives.

Burton served several years as director of the Wyoming Department of Revenue in the 1990s, and in 2002 was appointed director of MMS. In the midst of controversies, hurricanes and data systems failures at MMS, Burton agreed to take on double duty and served for a brief time as the Interior's acting assistant secretary for land and minerals management.

Today, Burton is a case worker for Rep. Cynthia Lummis, R-Wyo., in Cheyenne. She stressed to the Star-Tribune this week that her comments about the MMS are strictly outside her affiliation with Lummis, with whom she served in the Wyoming Legislature in the 1980s.

She reiterated that the MMS didn't "relax" any safety regulations during her tenure as director.

"I don't know of anything we've done that would have diminished the amount of safety or the rules that were there when I got there [that] had been in place for a long time," said Burton.

Former Wyoming Speaker of the House Randall Luthi, who served as MMS director from 2007 to 2009, told the Star-Tribune this week his tenure at the agency was "old news" and said he would not provide any further comment about his role at the agency.

Luthi is now president of the National Ocean Industries Association, an association of offshore energy companies. Luthi continues to speak publicly against a moratorium on deepwater drilling.

As coronavirus continues to spread in Wyoming, causes are less centralized

As the novel coronavirus continues to spike through the summer, health officials from across Wyoming say the spread can't be attributed to large clusters but rather to small gatherings and younger people.

In Natrona County, 183 confirmed cases and 32 probable cases have been announced.

A man who won a new trial and a $135,000 settlement against a prosecutor in a Wyoming assault case is now free from prison.

'No way' War Memorial Stadium will be filled to capacity this year, UW athletic director says

Attendance at War Memorial Stadium will be kept at roughly 20% to 35% and tailgating will be greatly reduced.

The governor says data is beginning to support his assertion that Wyomingites can handle the pandemic without stringent public health orders.

A plan to require masks in Casper was rejected because political officials were wary of public resistance, documents show.

"We haven't been able to trace any of our recent cases to July 4th activities, including the Stampede," Park County's health officer said.

Leading coal company to write down largest mine by $1.42 billion

Peabody write down the value of its North Antelope Rochelle mine — the nation's largest coal mine —  by $1.42 billion.

Beach walkers make their way past puddled oil along the beach in Orange Beach Ala., on Wednesday. Oil washed ashore with the tide overnight, leaving an ugly stain that brought out dozens of BP workers to clean. Former Minerals Management Service director Johnnie Burton, of Wyoming, says she knew of no indications the offshore oil and gas industry in the Gulf was prone to such an accident during her time of service from 2002-07. (Dave Martin/AP)