For Mikel Peterson, Jan. 11 was supposed be a chance at a better life.

Since he was a teenager in Billings, Peterson, 35, had struggled with addiction. Within the last few months his older sister Stacie Peterson said she noticed a change in her younger brother, as he talked with increasing seriousness about his desire to get into a sober living home.

The chance came for him to move into one in Billings. Peterson had been sober "for some time," but he felt this was the extra push he needed to stay that way, his mother Sue Alexander Pruitt said.

That Saturday he came down to Billings from the home of his mother, Sue Alexander Pruitt, in Forsyth, where he had been staying since around Thanksgiving.

“He was really excited to have this chance,” his sister said. “And he was ready.”

Mikel Peterson was starting to move into the house in Billings on Saturday when he and two other men in the house had the chance to take a ride in an airplane with David Healow, a Billings doctor, pilot and certified flight instructor who was decades into his own recovery.

“I want people to know that these guys were changing their life,” Stacie Peterson said. “They had taken that step to do that. They’re not just a name.”

Healow, the 69-year-old pilot of the group, was an anesthesiologist, father, foster parent and Alcoholics Anonymous member for 33 years.

“His recent passion was to provide safe, sober housing for anyone in need,” his obituary said.

Raymond Rumbold, 32, had been sober for about a year, his friend Rob Boag said. Rumbold worked construction and had been trying to reconnect with his daughter.

Rusty Jungels, 36, had proudly posted on social media about his milestones in sobriety, his aunt Debbie Greenwalt told The Gazette. Jungels outlived both of his parents. Greenwalt said her nephew had been sober for more than 120 days, had been working in the food service industry, and had three children.

“He wanted to be a part of his children’s life and was working to achieve that,” she said. “We loved him very much and we’ll miss him.”

As the days have passed since the crash, new hardships have continued to emerge for those who knew the men who died.

Stacie Peterson said she is trying to support her own sons while dealing with her grief. For her 6-year-old, “Uncle Mike” was a hero who often went away but always came back. Her teenage son learned how to drive a manual transmission from his uncle because she didn’t have the patience but Mikel did, Stacie Peterson said. Remembering it makes her laugh.

Her brother was the kind of person who could fix anything — mechanical or otherwise — even if he didn’t quite know how to from the outset. Working with concrete was something he always enjoyed. People teased him for all the time and money he put into restoring his treasured classic Chevy truck. He loved to work on bicycles and ride them, painting them lime green so they’d be visible on the road.

“He did all the remodeling on my house after the storms, you know, so everywhere I look, I see him,” Peterson said.

Mikel Peterson didn't just help out his sister with her home. He served in the National Guard and was among those who helped amid Hurricane Katrina, his mother Sue Pruitt said.

Several years ago he had been sober for a few years, but his sister said he relapsed after the death of their father in 2013, sending him into a spiral with methamphetamine.

“And we’ve been fighting to get him back ever since,” she said. “You know, he was so funny, and he had the best personality. I mean, when he was sober, I don’t know anybody who wouldn’t want to be around him.”

His mother said no one was more loved in their family, and that she had been a rock to her son.

Pruitt recalled the last thing they said to each other when he left her house Saturday morning before heading to Billings.

In Rumbold’s case, he was already starting to try to help other people through their own struggles with addiction, Boag said. The two first met as roommates about seven years ago, and Boag remembered his friend as someone who enjoyed being outdoors, riding motorcycles and four-wheelers, shooting guns and spending time with friends.

Boag went through his own struggles with addiction, which motivated him to help Rumbold, who also went by the name Ray Linney. Boag said his friend had a drug addiction and went through a traumatic incident shortly before he started becoming serious about trying to get sober.

What Boag did for his friend wasn't part of any official program, but the kindness he showed his friend made an impression on Rumbold.

“He felt an obligation to struggling addicts to reach out and to try to help them,” Boag said. “ ... Especially so early in his sobriety ... it was very uplifting to know he didn’t just look internally. He didn’t just get on with his life.”

Rumbold sent Boag a Facebook message that arrived in Boag's inbox at around 5 p.m. the day of the crash. The message mentioned flying and included a 19-second video from inside an airplane.

The video begins with Rumbold in the backseat of an airplane nodding calmly before flipping the camera to look outside the window. The camera briefly passes over the front seat of the plane and glowing screens of the instrument panel before being pointed outside again. For its final six seconds the video shows the pale horizon and the partially snow-covered ground below.

Rumbold promised to tell Boag more about it later that day. He never got the chance.

The plane may have crashed at around 6 p.m. Jan. 11, according to a Federal Aviation Association estimate based on last contact with the plane. It had left Hardin with Billings as its destination at about 5:40 p.m., according to the FAA.

“It’s like a part of me went too,” Boag said of his friend's death. “I felt like I had mirrored a lot of myself into him in order to grow him. He got all those skills and didn’t really get to put them to use.

The Gallatin County Sheriff's Office arrested three people Wednesday in the killings of a 12-year-old boy outside of West Yellowstone.

The grandparents and uncle arrested for the death of a 12-year-old boy near West Yellowstone have been accused of beating and torturing him before killing him.

Police: Victim had voiced concerns about suspect before her death

Angela Elizondo had also told Cheyenne police who they should talk to if she ever disappeared: Joseph C. Underwood.

Bill to restrict child marriages in Wyoming defeated in the House

"This would allow a government decision to make this (choice) for a minor," Rep. Mark Jennings, R-Sheridan, said. "Let the parents decide that for themselves."

The lawmaker blamed a “false narrative” that he said “grossly mischaracterizes the intent and implications of this bill.”

The bill would change licensing requirements for staff at nursing homes while also requiring those facilities to provide hot water to all residents.

UW spent $42,000 in effort to block release of Nichols documents

Records show the University of Wyoming spent thousands in a failed attempt to keep information concerning the departure of former President Laurie Nichols from becoming public.

One piece of legislation would raise all current state employees’ mandatory retirement contributions — a quick solution to help gradually address a massive $1.5 billion funding shortfall in the state’s pension accounts.

Hours into the start of the 2020 legislative session, the Wyoming House killed a bill Monday that would've set the stage for Medicaid expansion. 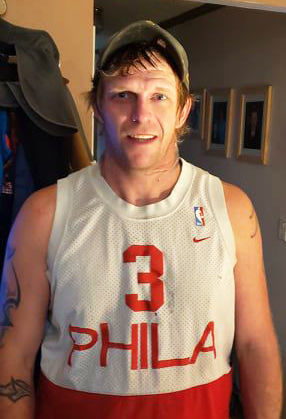 Mikel Peterson, 35, died Jan. 11, 2020, in a plane crash north of Billings. The photo above was taken during a trip with his sister to Florida during the summer of 2019. 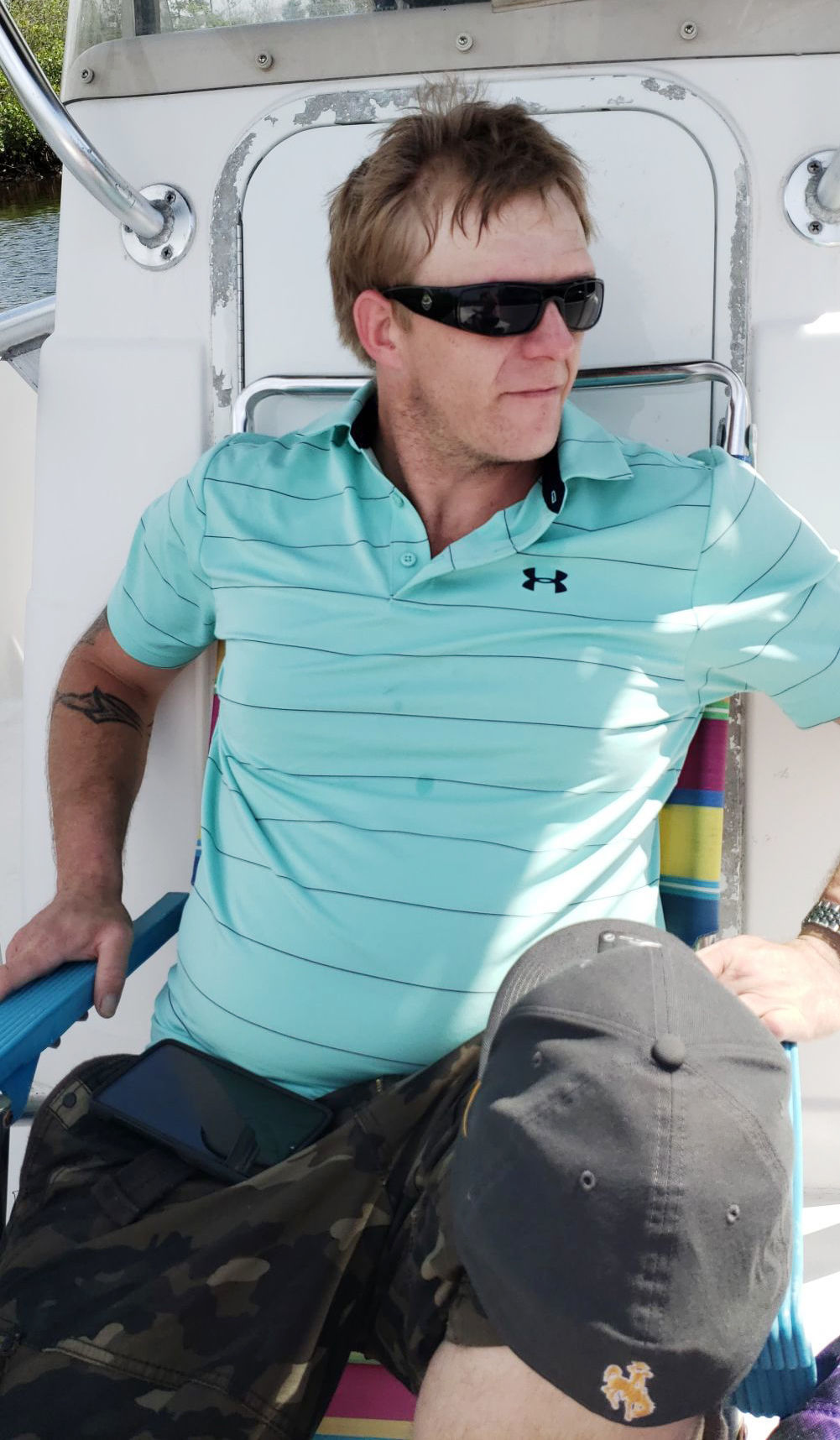 Mikel Peterson, 35, died Jan. 11, 2020, in a plane crash north of Billings. Peterson is pictured here during a trip with his sister to Florida during the summer of 2019. 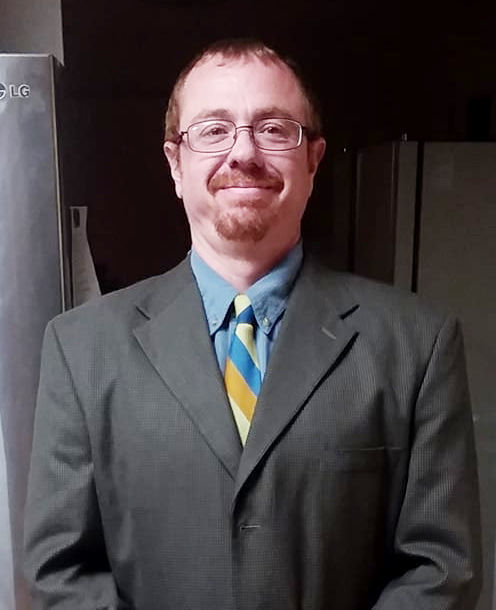 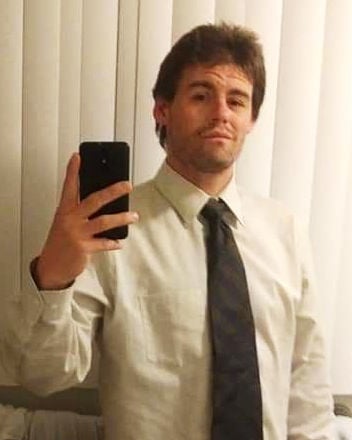 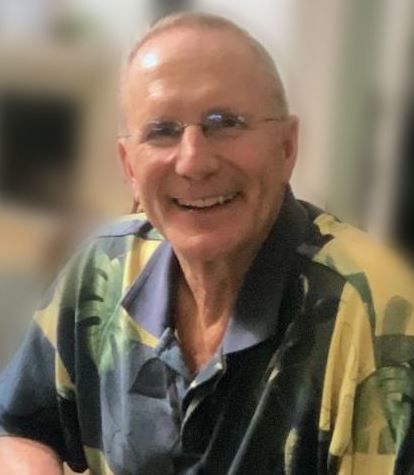