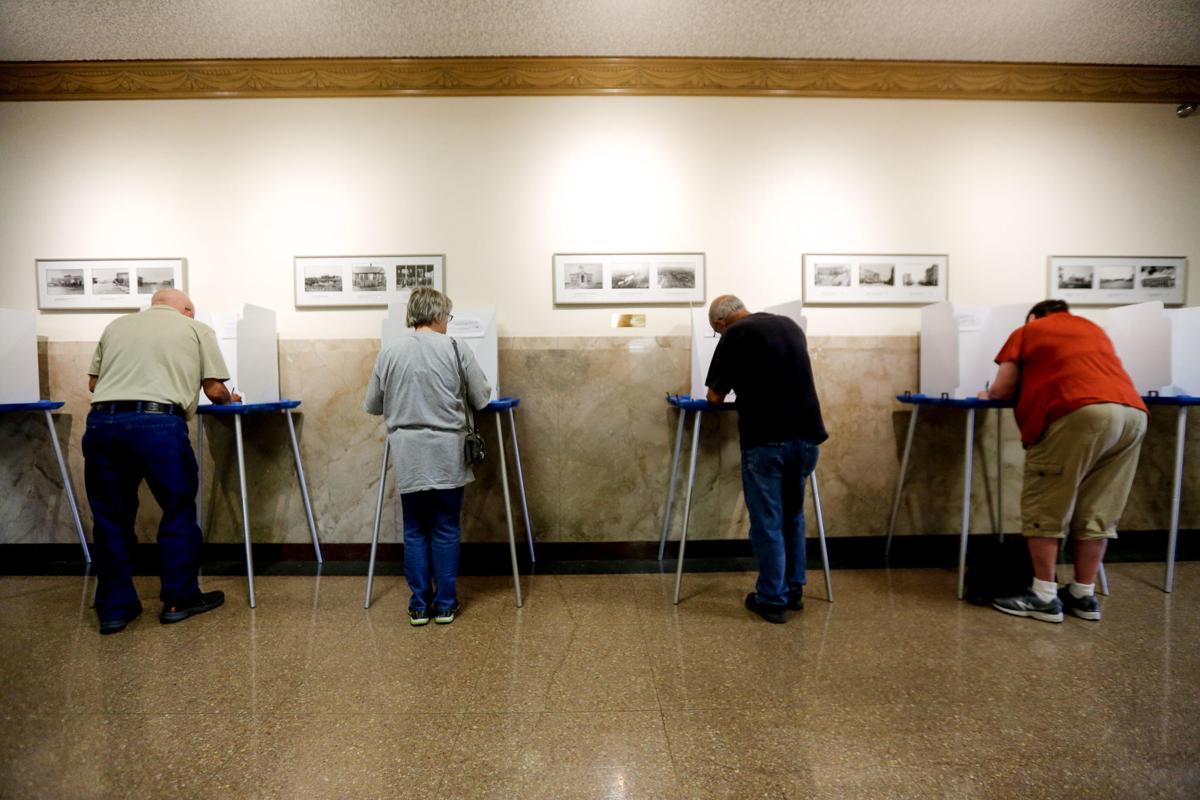 Voters cast their primary ballots during the early voting period Aug. 15 outside the Natrona County Clerk's office. A bill sponsored by Rep. Chuck Gray would require Wyoming residents to present a photo I.D. when voting. 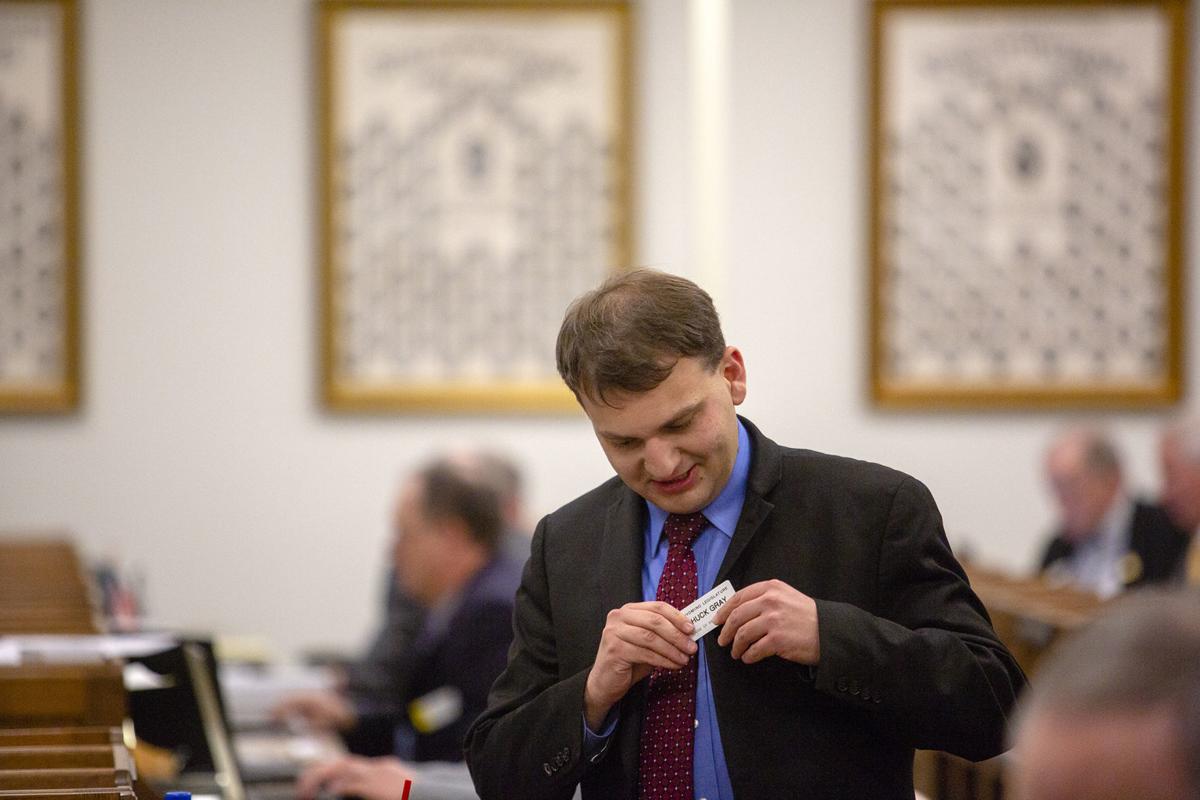 Rep. Chuck Gray, R-Casper, adjusts his name tag on Jan. 8 at the Jonah Business Center in Cheyenne. A bill sponsored by Gray would require residents to present a photo I.D. when voting.

CHEYENNE – The Wyoming House of Representatives will debate a bill that would require voters to present photo identification at the polls.

In addition to requiring identification to verify one’s identity at the polls, the legislation also grants authority to the secretary of state to set parameters for acceptable forms of photo ID, something not currently outlined in state statute.

Currently, 35 states require some form of photo ID to vote. Wyoming is not among them.

The bill itself – which amends current election code – is very brief, and adds onto existing bans on voters who are deemed “mentally incompetent” or have been convicted of a felony. While intended by the bill’s sponsor to guarantee citizenship, some of the bill’s critics – including groups like the Wyoming League of Women Voters and the Equality State Policy Center – argued that the legislation added an additional, unneeded layer to being allowed to vote.

The Wyoming chapter of the American Civil Liberties Union, though not endorsing the bill, said they supported the intent of the bill in rectifying requirements for voter registration with what is required to vote, and supported visiting the topic in the interim.

Those speaking in favor of the bill, however, stated that voter fraud was possible in Wyoming. One individual said that on one occasion, he was denied the right to vote because his son – who lived in the same precinct and had a similar name – had already voted before him. Another woman cited misleading statistics that have circulated in conservative media circles – and been spread by President Donald Trump on Twitter – of illegal immigrants voting in Texas, which the state’s election division has quietly been walking back in recent days.

Gray, responding to questions of whether or not voter fraud was even an issue in Wyoming, said it was a circular argument, and there was no other way to verify the integrity of the state’s elections.

“If you don’t have voter ID, how are you going to know it’s occurring?” he asked.

Marguerite Herman, a lobbyist for the League of Women Voters, argued that the state already has a strict enough process for voter registration, and if there were issues at the polling place, the state’s statutes around provisional voting – which sets rules for voters whose registration status is uncertain – are already sufficient. Chris Merrill, a representative for the Equality State Policy Center, said that voter ID laws tend to target the state’s poorest and the elderly, who may have difficult obtaining state or federally-issued identification like a driver’s license, or a tribal identification card.

In an email, Merrill noted that citizens need a birth certificate or other proof of identity to get a photo ID in Wyoming, as well as two documents proving current residence, including a document with one’s social security number and, if applicable, a proof of name change.

These requirements, he said, already create problems, mainly impacting minorities like Native Americans, Latinos who are US citizens, and the poor.

“Some elderly never had a birth certificate, and others do have one but their name was entered incorrectly,” he said. “In most counties, the driver’s license facility is only open a few days a week. Or in Dubois—only one day a month.

“A Wyoming driver’s license or ID is $40,” he added. “A tribal ID (assuming that would be acceptable) costs $20. Should a citizen have to buy an ID to be able to vote?”

Follow the latest developments in the Wyoming Legislature's 2019 session

307 Politics: Bills back up in the Wyoming House, sales tax measure stalls

Wyoming voters could decide whether to increase the state's wind tax

A group organized by a Wyoming senator plans to quintuple Wyoming’s wind tax in an unusual way — by a vote of the people.

Election security in Wyoming: Where are we now?

Election interference is not just about voter fraud or computer hacking. It’s about messaging as well.

Voters cast their primary ballots during the early voting period Aug. 15 outside the Natrona County Clerk's office. A bill sponsored by Rep. Chuck Gray would require Wyoming residents to present a photo I.D. when voting.

Rep. Chuck Gray, R-Casper, adjusts his name tag on Jan. 8 at the Jonah Business Center in Cheyenne. A bill sponsored by Gray would require residents to present a photo I.D. when voting.