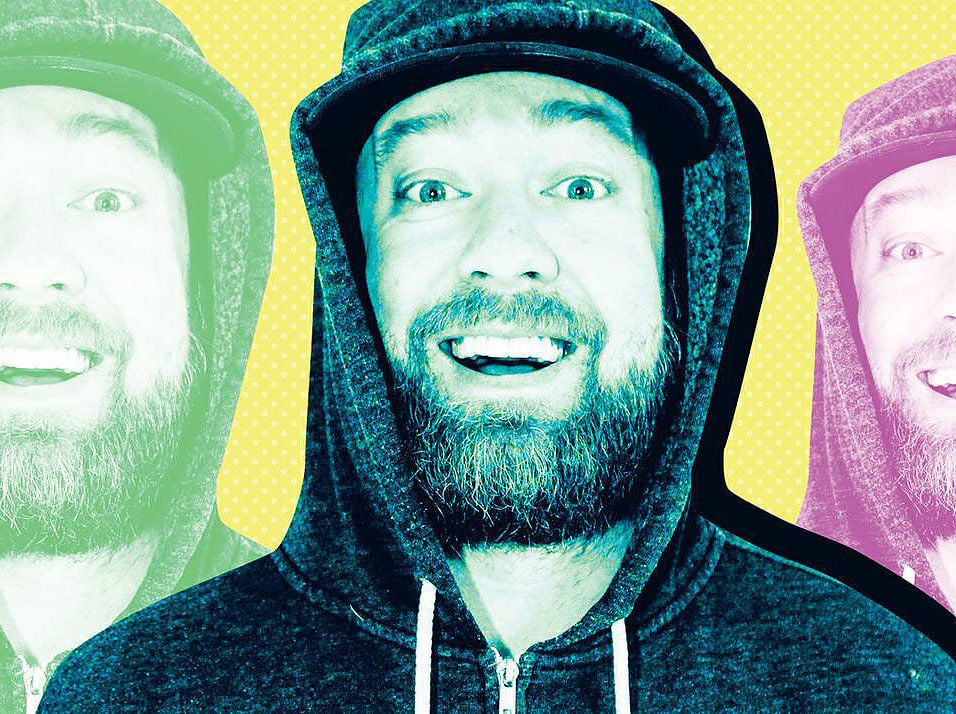 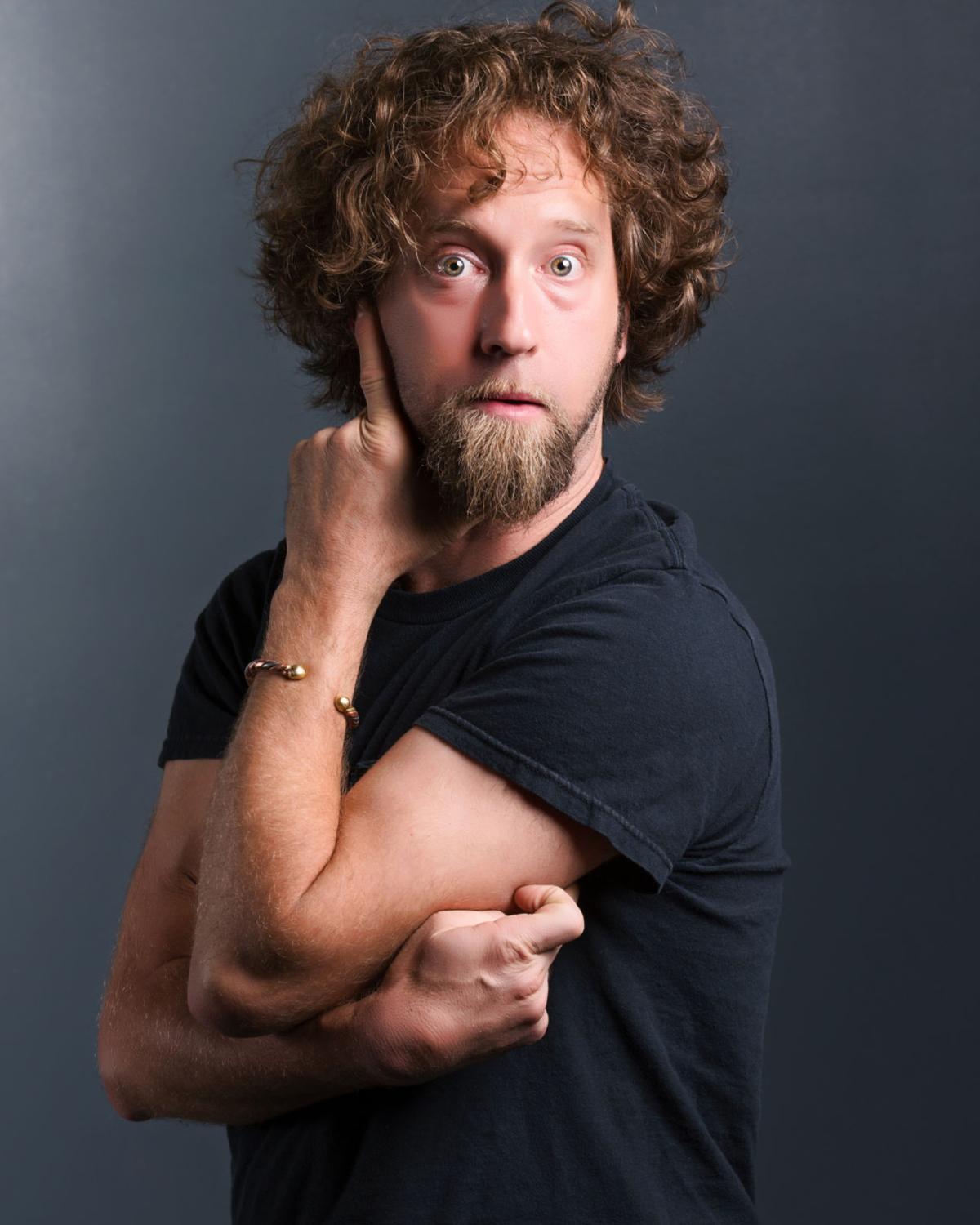 Comedian Brandt Tobler never dreamed as a kid in Cheyenne that he’d perform across the world, write books and appear on TV.

His next show is in his home state, where he opens the Casper Comedy Show Saturday at the Casper Events Center featuring headliner Josh Blue, dinner and a cash bar.

The Cheyenne native grew up making his friends laugh from grade school through graduation from Central High School, but comedy wasn’t even on his radar at the time. Now based in Denver, he’s performed in nearly every state, toured overseas entertaining troops, appeared on Comedy Central, Fox and ESPN, and recorded two CDs, “Token White Boy” and “Ramblin’ and Gamblin.” He also hosts his award-winning winning podcast, “The 31,” according to his website.

Plans are in the works for his memoir, “Free Roll,” to be made into a movie, and he’s writing his next book, “The Elevator’s Not Coming” about the process of becoming a professional comedian.

Tobler played basketball growing up and wanted at the time to become a basketball coach and P.E. teacher.

“My dream in life was to win a championship in this events center, but we could never beat Gillette,” Tobler said. ”So to come back and get to perform there, it’s been a little surreal and it’s just crazy. I would have never dreamed that two decades after I graduated that I would be in the events center telling jokes.”

His memoir features his life stories, like his days in Las Vegas where he’d moved from Phoenix in his early 20s to reconnect with his father, who’d been in prison most of Tobler’s childhood — though his mother always said he was at college. Tobler worked for the some of the biggest professional gamblers in the world, carrying hundreds of thousands of dollars in cash along the Strip and betting on sports.

The book covers ups and downs of his life, “But to make the downs a little better in the book I definitely sprinkled in a lot of comedy,” he said.

When a friend suggested he try comedy, he researched the profession and bought a microphone to practice.

“But then the problem was for some reason, when I would hear my own voice amplified, it would make my eyes water. I was like, ‘Oh, I can’t be the crying comedian; this is not good.’ And then like I said, I chickened out for about two years.”

When he was living in Las Vegas, he signed up for a few open mics and canceled the day of. He kept telling friends he was going to perform but never did. Then, one night he invited about a dozen friends.

“When you have all those people there and I had a couple of adult beverages, I was like, ‘Well, we got to do it now,’” he said. “And then after that first time, I just want to do it every day forever. So it worked out, but it was just that first time was the hard part.”

In Tobler’s weekly “31” podcast, he asks his guests 31 “of the most unconventional questions designed to go where no credible journalist would ever dare,” according to his website. He also does a podcast called “Craigslist Chaos” where “I just get on Craigslist and anybody that puts their phone number on Craigslist, I call them and mess with them,” he said. “So that’s pretty fun. That’s everyone’s favorite podcast right now.”

Some young comedians are fortunate enough to have access to comedy shows and professional comedians. That wasn’t the case for Tobler, who didn’t see a live comedy show until he was an adult and a comedian happened to open for a country act.

“Most of my peers in comedy are like, ‘Oh, I saw so-and-so at a comedy club,’” he said. “I was like, ‘I actually went to a country concert and saw a comedian.’ And that was the first time it had even crossed my mind a little bit.”

When people ask Tobler where he’s from and what he does for a living, both his answers tend to spark more questions and conversation.

“They usually are a little blindsided; they didn’t see it coming. So it’s always fun.”

Comedy has taken Tobler all over the world, and he’s met people he never dreamed of meeting.

“I think the most exciting part is you just never know what’s going to happen every single time,” he said. “There’s never really a dull moment. Sometimes it goes great, sometimes it goes bad, and you just never know till you walk out there. So I think just the adrenaline of it is — it’s just so much fun. And it’s when it goes good, there’s nothing in the world better.”

His second book, “The Elevator’s Not Coming” is about the work that goes into a comedy career. He hopes the book will help motivate people to pursue their dreams as it reminds them that there’s no easy way.

After a decade in Las Vegas and eight years in Los Angeles, Tobler has made his way back to the Rocky Mountain region.

“It’s been so great to be back, because I can get to Cheyenne in an hour and a half and see all the important people in my life.”

He recalled his first time at the Casper Events Center as a kid when he was mesmerized at how big it is — never imagining he’d one day perform there.

“It’s going to be a very special night for me for sure. And I just always love performing in Wyoming, since that’ll always be home.”

Tickets & info: $49, $69 VIP in advance only at sinclairtix.com, 800-442-2256 or the SinclairTix Box Office. For ages 18 and older only. Orders must be made in even quantities for social distancing. Masks are encouraged and social distancing is required.

For more about the event, go to caspereventscenter.com.

Don Haines in his comedy routine dodges praise for coping with and beating acute myeloid leukemia.

The stage will be a flatbed trailer, and the audience will tune in on their radios to hear the show broadcast on an FM transmitter.