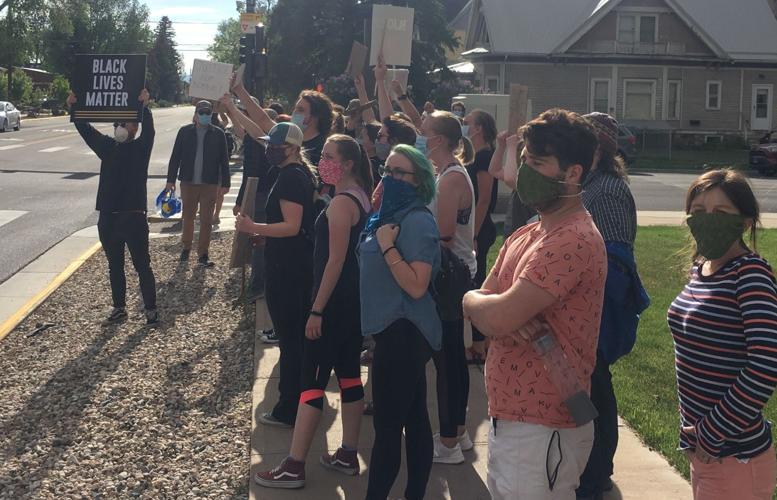 Demonstrators hold up signs while protesting racial injustice and police brutality in Laramie on June 3, 2020. A sign that reads "Justice for Robbie!" refers to Robbie Ramirez, who was shot and killed by Albany County Sheriff's Deputy Derek Colling in 2018. Colling resigned this week. 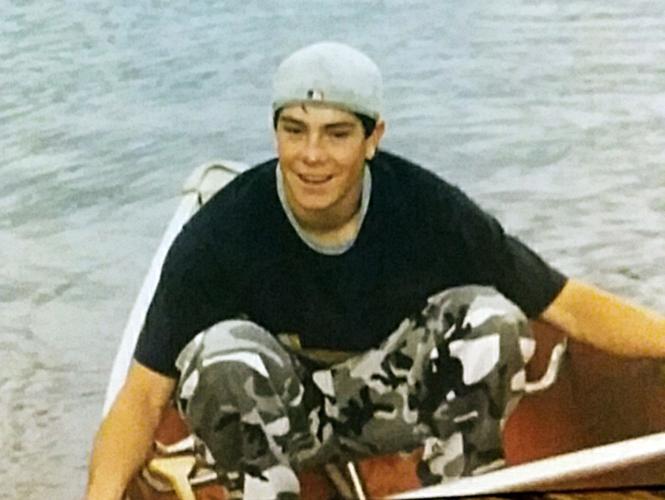 This undated photo provided by Randy Ramirez shows his brother, Robbie Ramirez, who was shot and killed by a Wyoming sheriff's deputy Nov. 4, 2018 in Laramie.

Derek Colling, the Albany County Sheriff’s officer who shot and killed Robbie Ramirez in 2018, has resigned from the office.

Sheriff Aaron Appelhans confirmed on Thursday that Colling had resigned, effective on Wednesday.

Colling is at the center of a wrongful death lawsuit brought by Ramirez’s mother, Debra Hinkel. He was cleared by a grand jury, convened by County Attorney Peggy Trent, for the shooting.

At the time of his resignation, he had been assigned to the Albany County Jail as a detention deputy since March. Colling started at the office in 2012, also as a detention deputy, before being promoted to patrol deputy and eventually corporal under former Sheriff Dave O’Malley.

O’Malley and Trent have both since resigned. Neither cited Ramirez’s killing when they announced their departures.

After conviction in Minnesota, Wyoming activists say there's more work to be done

Before coming to Laramie, Colling was a police officer in Las Vegas, where he killed two people on the job. Recent calls for police reform in Albany County have questioned why he was hired given his record.

“When an officer who engaged in misconduct leaves their position because they feel the walls closing in on them, the only way to ensure that they don’t take up employment somewhere else is to have that officer’s certification revoked. With the history that Colling has, it is imperative that he be decertified by POST (Peace Officer Standards & Training) to protect other communities,” state Rep. Karlee Provenza, D-Laramie, said in a release Thursday. Provenza is the executive director of Albany County for Proper Policing (ACoPP).

The Laramie Human Rights Network said in a tweet Thursday that they will continue to support ACoPP’s efforts to decertify and indict Colling “to ensure he can never again bring violence and death to another family or community.”

The announcement of Colling’s resignation comes exactly one year after the first police brutality march in Laramie last year, held by the Laramie Human Rights Network.

Protests in the summer of 2020, which began in response to George Floyd’s death but also incorporated calls for justice for Ramirez, lasted longer in Laramie than anywhere else in the state.

“There’s a lot of work ahead of us to ensure that I’m not having to help someone else get justice for their child,” Hinkel told ACoPP, “but for now I can take a breath and take another step towards justice for my son.”

Laramie attorney Linda Devine said Colling’s resignation will likely not affect the lawsuit against him. If he had been fired, she said, that could have been used against him. Devine said she hopes this will be a step toward improving relations between citizens and law enforcement in Laramie.

“I see this as an opportunity for the community to start healing,” Devine said. “We have a community that needs to heal.”

Appelhans declined to comment further on the resignation, and said he did not know anything about Colling’s future plans.

“We’re looking to diversify our workforce,” said Appelhans, Wyoming’s first Black sheriff. “So we’re definitely giving preference to underrepresented populations that want to apply and looking to get into law enforcement ... women, people of color, veterans.”

Provenza said though she was initially relieved at the news of Colling’s resignation, without decertification she’s concerned that he can still go on to work as a peace officer at another agency. ACoPP delivered a petition with 2,600 signatures to POST calling for his decertification and termination, and Provenza said the organization will also continue to advocate for citizen oversight of law enforcement in Albany County going forward.

Provenza sponsored a bill, House Bill 247, during this year’s legislative session that would have prohibited law enforcement agencies from hiring officers with serious misconduct on their records. The bill failed in the Senate Judiciary Committee.

Appelhans’ appointment signals a shift towards a more compassionate style of policing in the Albany County sheriff’s office, people who've worked with him in the past say.

The lawsuit alleges that Deputy Derek Colling, who had previously shot two people as a Las Vegas police officer, used excessive and unreasonable force when he shot and killed Robbie Ramirez.

The mother of Robbie Ramirez, who was shot and killed by Albany County sheriff's deputy Derek Colling, alleges the five missing seconds and deleted audio were crucial pieces of evidence in the case.

While lawyers for Hinkel say that the body camera software Colling was using allows officers to edit, alter or delete footage, the former officer’s counsel cites others that say it’s impossible.

A settlement has been reached in the case of a former Albany County officer who shot and killed a man in 2018, court records show.

Demonstrators hold up signs while protesting racial injustice and police brutality in Laramie on June 3, 2020. A sign that reads "Justice for Robbie!" refers to Robbie Ramirez, who was shot and killed by Albany County Sheriff's Deputy Derek Colling in 2018. Colling resigned this week.

This undated photo provided by Randy Ramirez shows his brother, Robbie Ramirez, who was shot and killed by a Wyoming sheriff's deputy Nov. 4, 2018 in Laramie. 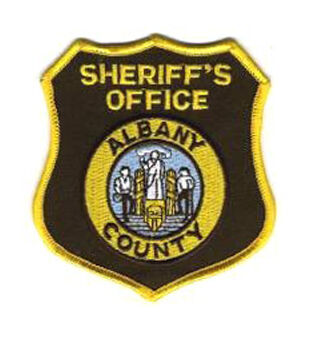