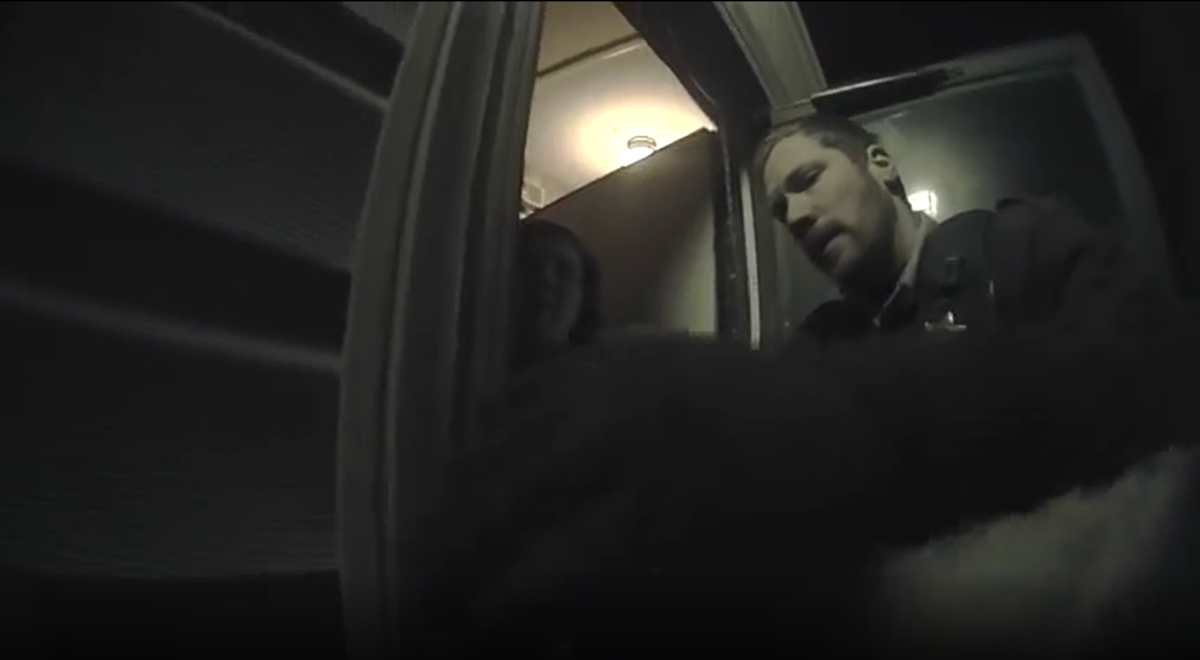 This still from a Laramie County sheriff's deputy's body camera shows an officer arriving at the door of a Cheyenne man for a welfare check. The officers used a stun gun on the man and his mother within minutes of arriving. 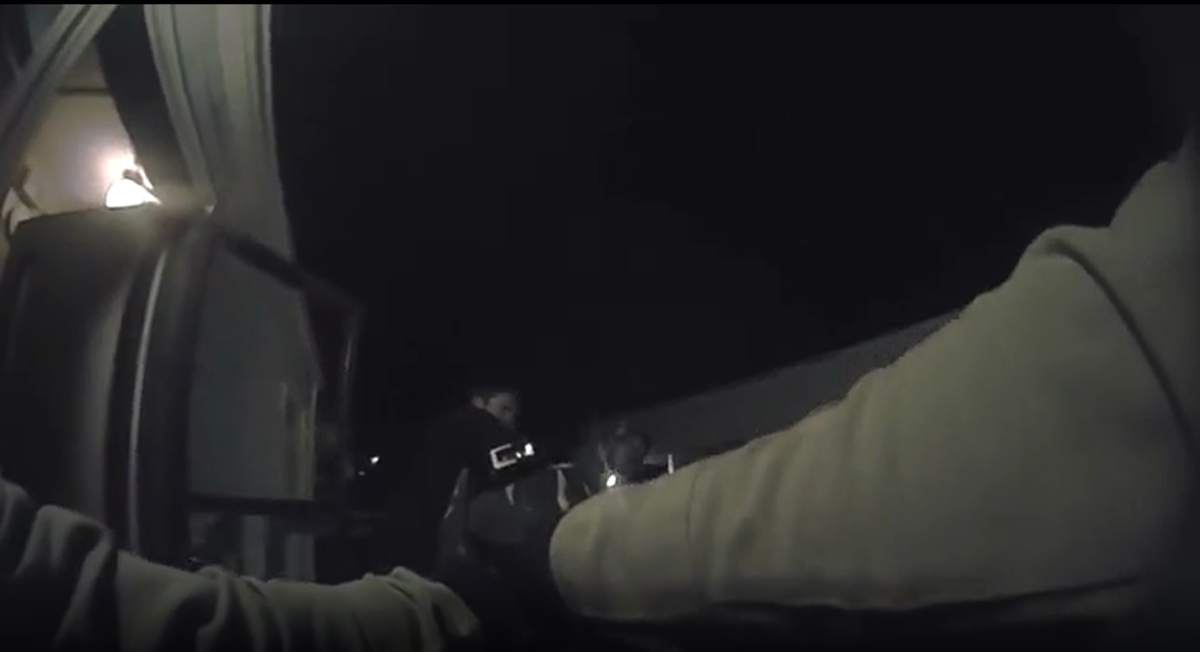 This still from a Laramie County sheriff's deputy's body camera shows an officer using a stun gun on a Cheyenne man during a welfare check. The man is suing the officers and the county over the incident.

A Cheyenne man is suing two Laramie County sheriff’s deputies who performed a welfare check on him in January 2020 that resulted in him and his mother being stunned and arrested.

Devin Bryant filed the suit in U.S. District Court last week, alleging his Fourth Amendment rights — which protect against unlawful search and seizure — were violated in the incident.

Body camera footage from the welfare-check-turned-arrest shows Laramie County Sheriff’s Deputies Jason Gillott and Ryan Lee using a stun gun on Bryant and his mother less than a minute and a half after Bryant comes to the door. The officers are seen first pulling Bryant out of his home after he refuses to show his arms so they can check for cuts, then stunning the pair before taking them into custody.

“You guys can come back with a warrant,” Bryant tells the officers on video.

“OK, go ahead and step out here then,” Lee says, opening the door and reaching inside to pull on Bryant’s arm. Both Lee and Gillott pull on his left arm and his mother appears in the door trying to hold him back.

“Don’t pull,” one of the officers says as they both pull his arm. Lee grabs Bryant’s jacket, lifting it partially off his body as his mother yells for them to stop.

“Get off me,” Bryant says while resisting.

One of the officers can be heard saying “you’re going to get tased,” and Gillott pulls out a stun gun as Lee drags both Bryant and his mother out onto the porch. His mother yells for them to “leave him alone” then gets struck with the first stun gun probe. Bryant gets hit with the second, and Gillott points the weapon at a man appearing in the doorway.

While Bryant and his mother are screaming in pain, Lee handcuffs Bryant then hands him off to Gillott, who leads him down the steps.

Both were arrested for interfering with a peace officer. Those charges were dropped in April, and the body camera footage was released as evidence in the case.

According to suit documents, Gillott and Lee were responding to a report from Bryant’s estranged wife, who had called the sheriff’s office and said he had sent her an email saying he had cut himself.

“We approach every situation in the same manner, with our safety in mind along with the safety of the individuals that we’re dealing with,” Laramie County Sheriff’s Department spokesperson Jason Barnes said of their welfare check procedures. “We gather as much as we possibly can and then we base our decision from the totality of the circumstances that we’re dealing with.”

Barnes said Gillott and Lee were still on active duty and “still working the streets” as of Tuesday. He said the department was aware of the suit, but declined to comment further on the case.

The suit is brought against Gillott and Lee in their official and individual capacities, as well as the Laramie County Board of County Commissioners which provides oversight to the sheriff’s department. Gunnar Malm, chairman of the board of commissioners, said Monday he could not comment on the pending litigation.

After Bryant is handcuffed, footage shows him apologizing repeatedly to Gillott and offering to show him old cuts on his shoulder. Leading Bryant to the car, Gillott tells him he’s taking him and his mother to jail.

With Bryant in the car, Gillott walks back to the residence and tells Lee they’re taking both to jail for interference. He says they should check the body cam footage because he thinks Bryant’s mother swung at Lee. His mother asks for shoes and a jacket.

After protesting and citing a medical issue, she is allowed to wear slippers out but walks to the car in a tank top.

Upon arriving at the police station, Gillott looks at Bryant, whose jacket is pulled all the way down.

This still from a Laramie County sheriff's deputy's body camera shows an officer arriving at the door of a Cheyenne man for a welfare check. The officers used a stun gun on the man and his mother within minutes of arriving.

This still from a Laramie County sheriff's deputy's body camera shows an officer using a stun gun on a Cheyenne man during a welfare check. The man is suing the officers and the county over the incident.