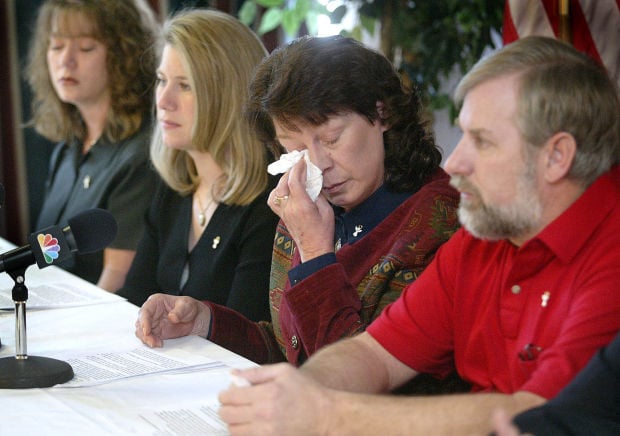 The family of Lisa Marie Kimmell appears at a news conference in Casper on March 21, 2004, the day after Dale Wayne Eaton was sentenced to death for Kimmell's murder. From left are sisters Sherry Odegard and Stacy Hoover and parents Sheila and Ron Kimmell. Lisa Marie Kimmell vanished on March 25, 1988, while driving through Wyoming on her way to Billings, Montana. Her body was found eight days later in the North Platte River. 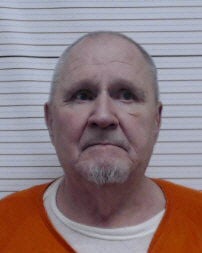 Nearly two decades after being sentenced to death, Dale Wayne Eaton was ordered Friday to spend the rest of his life in prison without the chance of parole or commutation.

Eaton was convicted of the kidnapping, rape and murder of Lisa Marie Kimmell, which took place in Casper in 1988. Friday was the 34-year anniversary of Kimmell’s disappearance.

Eaton’s trial and conviction took place in 2004, and he was originally sentenced to death. But court appeals kept that punishment from being carried out, and prosecutors decided not to seek the death penalty in September after a competency hearing found he was unfit to proceed.

Before Eaton was sentenced again, two of Kimmell’s sisters and her mother delivered victim impact statements Friday inside a Natrona County district courtroom.

Sheila Kimmell, Lisa’s mother, asked Eaton to look at her and her daughters, pointing out that he has not in the past. He obliged.

“Please. Hear us,” she said. “Our pain has spanned the minutes, the hours, the days, the weeks.”

All of Lisa Kimmell’s family members addressed Eaton and his counsel directly. Odegard took particular issue with the defense’s argument that Eaton had a difficult childhood and that his mental health did not equip him to withstand a capital punishment hearing.

“A tough childhood doesn’t excuse ... his health issues don’t excuse,” Odegard said. “He knows right from wrong, and so do you. Shame on you Mr. O’Brien.”

Eaton, who is suffering from declining health, is not the victim, Kimmell’s youngest sister, Stacy Pitts, noted.

“It feels so unjust that Dale Wayne Eaton has been provided three square meals a day,” Pitts said.

Eaton did not originally intend to speak. After Eaton consulted with his defense attorney, lawyer Sean O’Brien said that his client had asked him to apologize on his behalf.

Sheila Kimmel said she did not accept the apology because it did not come from him directly.

The Kimmell family decided years ago that they wanted to pursue capital punishment in Eaton’s case, but it was not about “blood lust.” In fact, they said that if Eaton apologized and revealed his other victims, they would not pursue the death penalty. Sheila Kimmell repeated this point Friday, but the closest they got was an apology from O’Brien and some overheard whispers.

Assistant District Attorney Michael Blonigen, who prosecuted Eaton, told the Star-Tribune that he overheard Eaton tell his lawyers that he’s had nightmares about the murder and that “she’s the only person I’ve ever killed.”

For years, Eaton was the only person in the state on death row.

A sentencing hearing was set for January. The hearing is mostly a formality, since Eaton was already set to spend the rest of his life in prison after prosecutors backed off the death penalty last fall.

Members of the Kimmell family came from Montana and Colorado, prepared to give a statement. But Eaton didn’t show.

In the days after the hearing, the Department of Corrections said it never received the order to move Eaton to Casper from the Wyoming Medium Correctional Institution in Torrington for the January date. Typically, a DOC spokesperson said, those orders will be passed from the court to the district attorney, then to the sheriff’s office and the DOC.

But a sheriff’s spokesperson said their office wasn’t involved in this particular order. Blonigen said the prosecutor’s office had a copy of the transport order from November, but wasn’t sure why it didn’t make it to the prison.

Wyoming hasn’t used the penalty in 30 years, since Mark Hopkinson was executed in 1992.

Friday’s hearing comes nearly 34 years after Kimmell’s death, on the anniversary of her disappearance from Denver.

Kimmell was traveling from Colorado to Billings to see family when she went missing. About a week later, she was found dead in the North Platte.

The case was unsolved until 2002, when DNA evidence linked her death to Eaton. Her car was soon found buried on his property in Moneta, and he was convicted in 2004 of kidnapping, raping and murdering her.

Sheila Kimmell said Friday that she believes that Eaton had other victims before and after her daughter’s death.

In 2006, on what would have been Kimmell’s 36th birthday, the family burned Eaton’s property to the ground after winning it in a lawsuit.

Eaton was sentenced to death after a jury found him guilty on all counts. But before he was set to be executed in 2010, he received a stay. A federal judge took him off death row in 2014, and the September evaluation put the final quash on the penalty in his case.

Technically, the defense still has 30 days to appeal the latest sentencing, but Blonigen said he’s received “no indication” that Eaton’s lawyers will proceed down that path.

Kimmell’s family say they feel like they have a sense of “finality,” but not closure.

“This just closes another chapter of a long book,” Sheila Kimmell said. “Hopefully, this is the last chapter.”

Death penalty off the table for Dale Wayne Eaton

The family of Lisa Marie Kimmell appears at a news conference in Casper on March 21, 2004, the day after Dale Wayne Eaton was sentenced to death for Kimmell's murder. From left are sisters Sherry Odegard and Stacy Hoover and parents Sheila and Ron Kimmell. Lisa Marie Kimmell vanished on March 25, 1988, while driving through Wyoming on her way to Billings, Montana. Her body was found eight days later in the North Platte River.