Florida Fish and Wildlife Commission officers ride past media stationed at the entrance of the Carlton Reserve during a search for Brian Laundrie, Tuesday, Sept. 21, 2021, in Venice, Fla. Laundrie is a person of interest in the disappearance of his girlfriend, Gabrielle "Gabby" Petito. (AP Photo/Phelan M. Ebenhack) 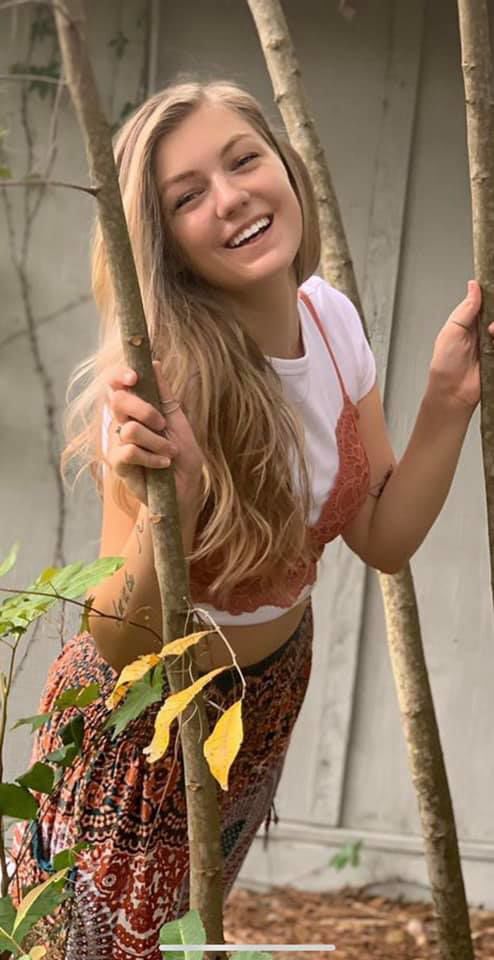 ST. PETERSBURG, Fla. — Search teams fanned out Wednesday at a Florida wilderness park to search for the boyfriend of Gabrielle “Gabby” Petito, who authorities say was killed while on a cross-country trip with him.

It marked the fourth day of searching in the Carlton Reserve, with operations suspended Monday while the FBI searched the nearby Laundrie home for evidence.

The outdoors search includes thousands of acres of forbidding, swampy subtropical terrain replete with alligators, snakes, turkey, deer and many other wild creatures.

There are more than 100 miles of hiking and horseback riding trails, plus numerous camping areas and rivers.

The body of Petito, 22, was reported missing Sept. 11 by her parents after they she did not respond to calls and texts for several days while the couple visited parks in the West. Her body was discovered Sunday at Grand Teton National Park.

Teton County Coroner Brent Blue classified Petito’s death as a homicide — meaning her death was caused by another person — but did not disclose how she was killed pending further autopsy results. Laundrie, 23, is not charged with any crime but is considered a person of interest in the case.

With online sleuths and theories multiplying by the day, the FBI and police have been deluged with tips about possible Laundrie sightings. Taylor, the North Port spokesperson, said none have so far panned out. He also batted down rumors that Laundrie had been captured Tuesday.

“These reports are unfortunately false. Please rest assured that when Brian is found, we will be more than happy to let everyone know,” Taylor said in an email.

Petito and Laundrie grew up together in Long Island, New York, but moved in recent years to North Port, where his parents live. Their home, about 35 miles (55 kilometers) south of Sarasota, was searched by investigators earlier this week and a Ford Mustang driven by Laundrie’s mother was towed from the driveway. Authorities believe Laundrie drove that car to the Carlton Reserve before disappearing.

The couple documented online their trip in a white Fort Transit van converted into a camper, but got into a physical altercation Aug. 12 in Moab, Utah, that led to a police stop for a possible domestic violence case. Ultimately, police there decided to separate the quarreling couple for the night but no charges were filed and no serious injuries were reported.

The FBI is seeking information from anyone who may have seen them in the Grand Teton area as well as any other tips nationally.

“We join the FBI in asking for continued public assistance by sharing any information through the tip lines 1-800-CALL FBI or tips.fbi.gov,” Taylor said.

Copyright 2021 The Associated Press. All rights reserved. This material may not be published, broadcast, rewritten or redistributed without permission.

A former Cheyenne counselor convicted of sexually assaulting a patient and defrauding Medicaid received three to five years in prison.

The BLM began operations on Oct. 7 and had gathered 285 wild horses — 138 mares, 63 foals and 84 stallions — as of Sunday. Four fatalities were recorded during that period.

Florida Fish and Wildlife Commission officers ride past media stationed at the entrance of the Carlton Reserve during a search for Brian Laundrie, Tuesday, Sept. 21, 2021, in Venice, Fla. Laundrie is a person of interest in the disappearance of his girlfriend, Gabrielle "Gabby" Petito. (AP Photo/Phelan M. Ebenhack)