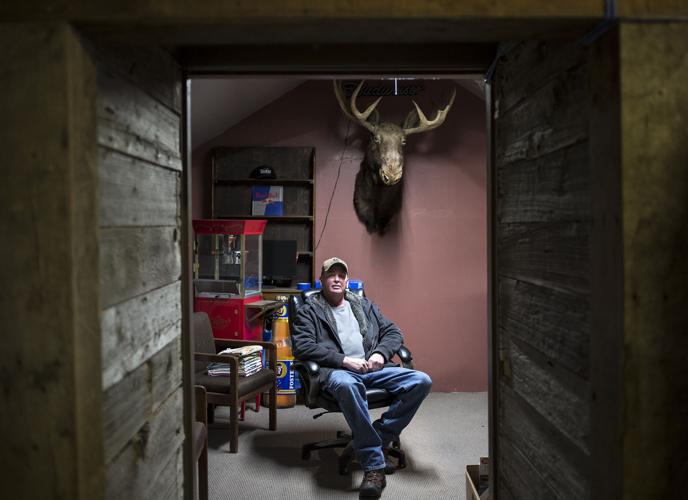 Mark Horning, owner of Bill Store and Dry Creek Saloon in Bill, sits in his office Thursday. The population in the central Wyoming town, which serves nearby oil fields, doubled during the last oil boom from four or five people to 11. 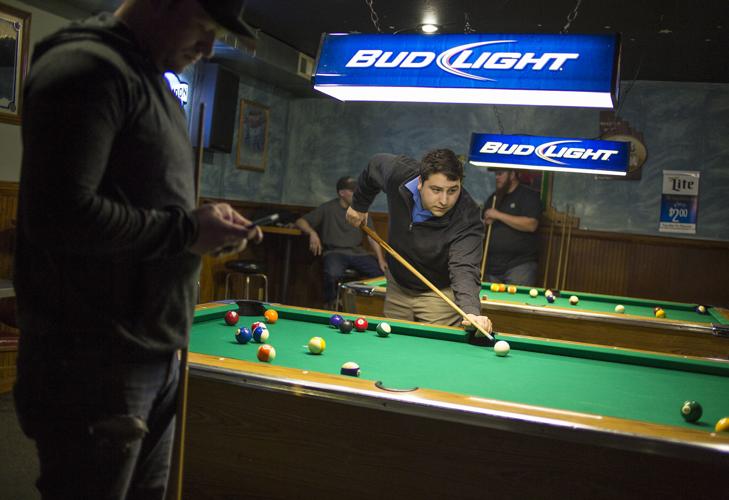 Paul Yurkiewicz plays pool with friends in December of 2017 at Chatters in Bar Nunn. The Laramie City Council rejected limits on late-night drink specials at their meeting on Tuesday. 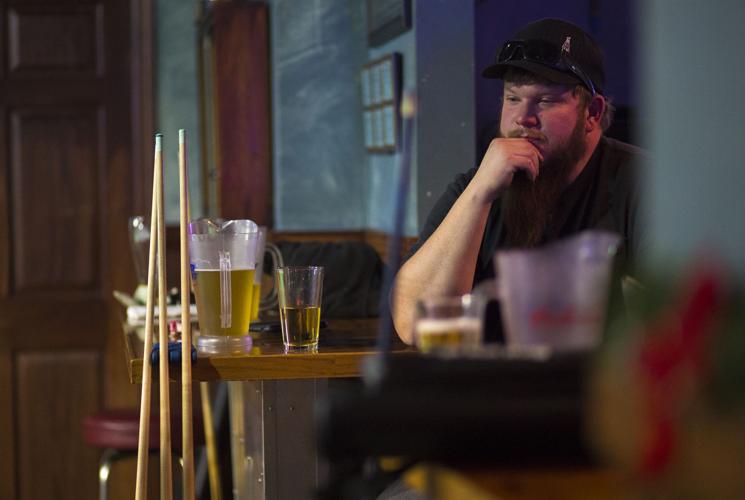 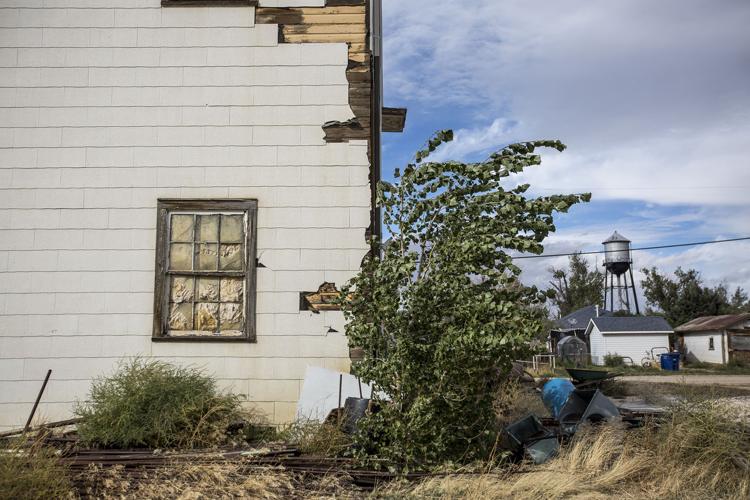 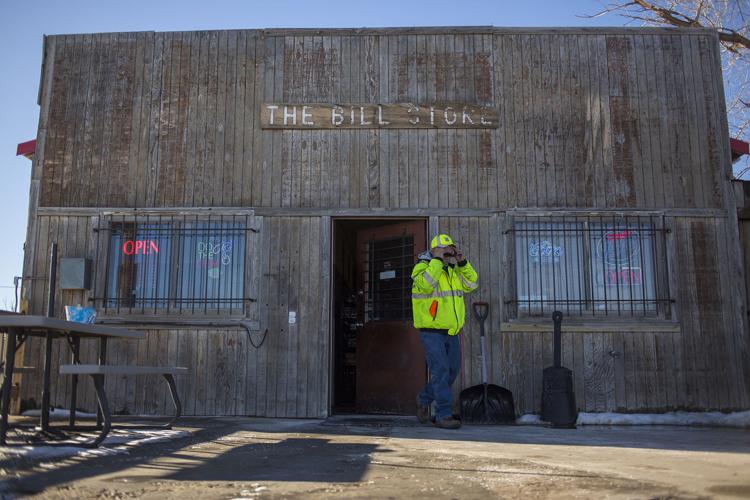 BAR NUNN — It’s hard to say whether this former airstrip is a small town or an extension of Casper. It’s only 10 minutes from the city, depending on traffic, but many residents say it’s a world apart: few services other than a bar, restaurant and gas station.

“Bar Nunn is a lot better than living in Casper,” said Gale Gunzenhauser, 75, who has lived in the town of just under 3,000 people for four decades. “It’s not crowded. I know my neighbors and my neighbors know me, but nobody bothers nobody.”

Shirley Farley, another town resident, said she used to live in Greybull, in the Big Horn Basin region of Wyoming. But Greybull felt too small, Farley said. Despite having less than 1,000 more residents within its town limits, Bar Nunn is perfect.

Bar Nunn illustrates the complexity of small town in life in Wyoming, where the importance of a community is often dictated by what surrounds it or what it offers rather than the population listed on the green sign at the edge of town.

During the coming year, the Star-Tribune will be examining life in Wyoming’s small towns and answering the question of how and why they persist in an age of increasing urbanization. Last year marked the first decline in rural counties across the nation ever recorded, according to the United States Department of Agriculture. The series will explore the different aspects of small town life — from the challenge of long drives to buy food and difficult access to health care, to the pleasures of country-living and knowing your neighbors — in every corner of the state.

The U.S. Census Bureau, for one, has a roundabout way of defining the term. It considers urbanized areas to have more than 50,000 people and “urban clusters” to have at least 2,500.

“Rural is what is left,” Census researcher Michael Ratcliffe wrote in a an article two years ago.

Another popular federal definition considers a county rural if it doesn’t have a city with at least 50,000 people.

By that standard, Sheridan, Gillette and Rock Springs are all too small to rate as significant population centers. But in Wyoming, people have a slightly different view of what counts as a city — and what counts as a small town.

University of New Hampshire professor Ken Johnson, an expert on rural life in America, said that the definition of “rural” varies significantly depending on where one lives.

“Casper would be considered a big place by almost anybody who lives in rural America, whereas I’ve seen people in Chicago talking about St. Louis or Des Moines as if it were small, ” he said.

Johnson said people in rural America have different standards for what qualifies as big and small. The presence of a hospital, a county courthouse or even a Walmart can all be used to draw the line between town and country.

In a recent online survey, Star-Tribune readers were split on how many people live in a Wyoming “small town.” Twenty-seven percent though it was any place with fewer than 20,000 people while nearly 22 percent thought a small town in the Cowboy State had no more than 1,500 people.

Shorthand for the truly small Wyoming town, Bill’s population doubled during the last oil boom from four or five people to 11. Then it fell again. Now a 10-person mancam of oil field workers set up outside the town’s bar has boosted the head count again.

Mark Horning, owner of the Dry Creek Saloon in Bill, said the town’s commercial viability remains as tenuous as it is in many tiny Wyoming communities.

“I have guys that come in here for lunch. They come in here at night,” Horning said. “But then again, they could at any notice tell me they are moving out in two weeks.”

Wyoming has its own classification of smallness, rating every municipality with a population of at least 4,000 as a “first-class city” for legal purposes, lumping Douglas and Worland in with their larger neighbors, Casper and Cheyenne.

But there are relatively few cities in Wyoming that hit the 4,000 mark. Wyoming Association of Municipalities Executive Director Rick Kaysen said half of his organization’s 99 members have fewer than 500 residents.

Since its settlement by whites, Wyoming has largely fit the typical conceptions of rural: ranches and roughnecks, long distances from town-to-town and no big cities on par even with Denver. Challenges have always faced small towns in the state, but today, Wyoming’s small towns face pressure from a variety of new sources.

The cost of providing services to a community of several hundred is often the same as providing them one of several thousand. The per capita disparity can be especially glaring as the Legislature grapples with a roughly $700 million deficit during the coming budget cycle. Much of the revenue hole is due to the state’s high cost of education, related in part to serving rural areas where relatively few students live and transportation costs are high. As Wyoming’s population shrinks amid the ongoing down economy for energy, economic analysts say that young people are flocking from rural areas and small cities to big metropolitan areas — which Wyoming doesn’t have any of.

“We could shut down small-town Wyoming. We could take our high schools and cut the numbers in half. We could bus all of Glenrock to Casper,” he said. “Let’s have those votes. Good luck.”

Kaysen, of the cities group, said this support is appropriate. The government has an obligation to provide for everyone, even if the costs of helping some are disproportionate.

“Why does the United States of America send a lot of money outside of its borders to help people across the oceans? A lot of humanitarian needs are there,” Kaysen said. “Well, in a manner of speaking, that’s what we’re doing in Wyoming as well.”

In addition to enabling people to live wherever they like in Wyoming, allowing some of the smallest towns to survive also serves a crucial role in such a sparsely populated state.

Leda Price, mayor of Wyoming’s smallest incorporated town, Lost Springs, said that the community serves a role far larger than its population of six — including two part-time residents — might suggest.

Lost Springs sits about halfway between Douglas and Lusk, and Price said heavy tanker trucks heading to and from the oil fields north of town rely on Lost Springs’ main street. When the street is worn down, a city councilman patches it with what Price described as “a kind of sticky substance” that is sold in big bags at a nearby lumber yard.

Come winter, hunters camp for free in the town and Price feeds them through her part-time catering service.

The town hall is used by women who live on ranches outside of town for branding dinners and card games that sometimes attract up to 40 people. A communal auction over the summer draws a couple hundred. The rental rates are cheap and people know to clean up after themselves.

“They just put it back how they found it,” she said.

While Lost Springs no longer has a gas station, Price still helps out travelers who get stranded on the stretch of road between Orinn and Manville and end up knocking on Price’s door. She has taken it upon herself to keep a 5-gallon can of gasoline on hand.

Price works in Douglas and said other town residents work there, in Bill and in Glenrock. She doesn’t defend Lost Springs for its practical benefits to travelers or oil companies. For her, it’s just home.

She tried living in Douglas, population 6,500, but found it wasn’t the same. She missed her garden and knowing her neighbors would come help her if she needed anything. She missed feeding the hunters and hosting events at Lost Bar, the local tavern that she owns.

“I got homesick,” she said.

Correction: A previous version of this article incorrectly stated that Greybull had a larger population than Bar Nunn. In fact, Bar Nunn has more residents. The article has been updated to reflect this.

How a coalition of caretakers is keeping Wyoming's ghost towns alive

JAY EM — They used to hold Saturday night dances on the top floor of the general store that grew so large the building started to sway.

The number of people living in Casper fell by 351 last year, mirroring a trend that occurred in about three-quarters of Wyoming’s larger citie…

Mark Horning, owner of Bill Store and Dry Creek Saloon in Bill, sits in his office Thursday. The population in the central Wyoming town, which serves nearby oil fields, doubled during the last oil boom from four or five people to 11.

Paul Yurkiewicz plays pool with friends in December of 2017 at Chatters in Bar Nunn. The Laramie City Council rejected limits on late-night drink specials at their meeting on Tuesday. 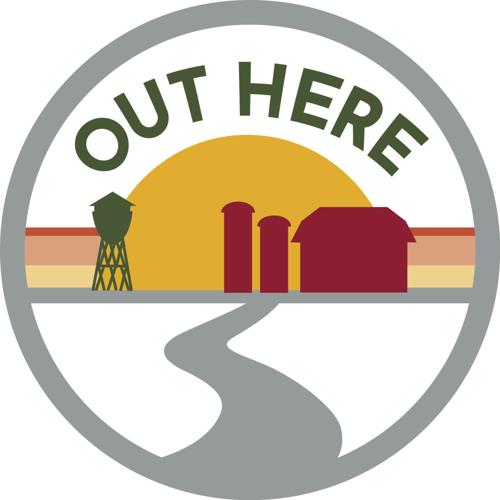