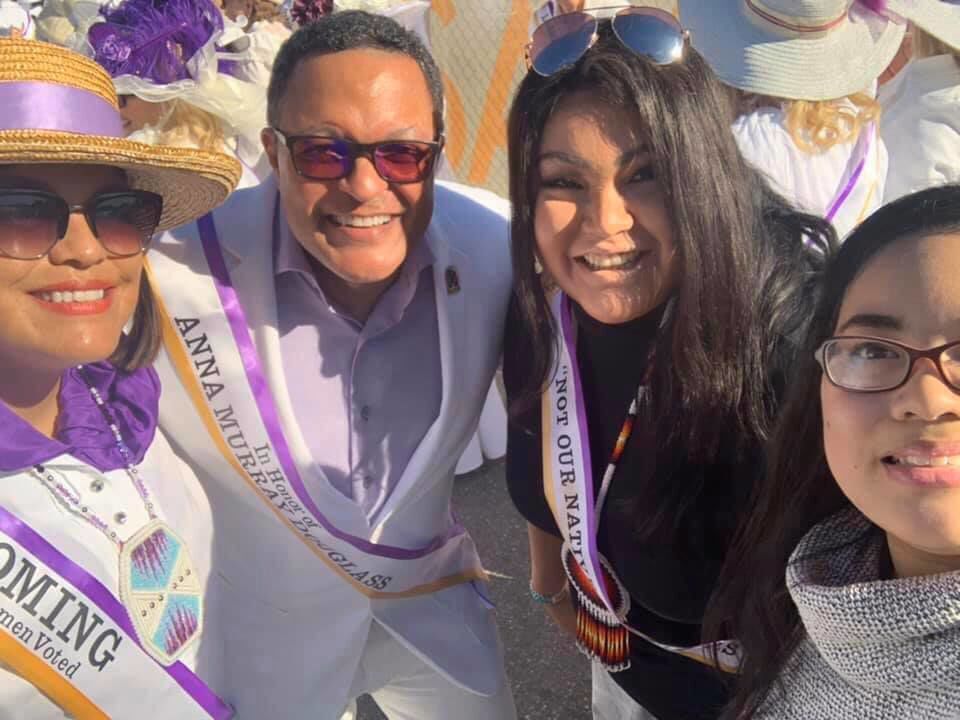 Rep. Andi Clifford, left, and Lynette Grey Bull, third from left, represented Wyoming in a women's suffrage float at this year's Rose Parade. Grey Bull has announced her candidacy for the U.S. House of Representatives. 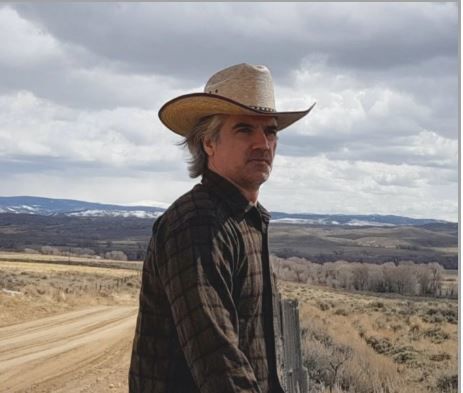 Two of the three Democratic candidates vying for the chance to run against Rep. Liz Cheney this fall met onstage for their first televised debate Thursday night.

In an abbreviated, half-hour affair, Saratoga’s Carl Beach and Fort Washakie’s Lynnette Grey Bull — a member of the Hunkpapa Lakota and Northern Arapaho tribes — faced off on a series of topics including the nation’s response to and recovery from the COVID-19 pandemic and whether social justice concerns should play a greater role in the federal government.

Carol Hafner — an out-of-state candidate who has already been cut off from financial support by the state Democratic Party — did not attend, citing concerns about the coronavirus and a lack of internet bandwidth where she was located.

While the significantly shortened debate offered little space for the candidates to differentiate themselves from one another, both expressed the need for increased health care access and for equitable relief as the nation continues to grapple with the fallout of the pandemic.

“This is not an economic concern,” said Beach. “This is an ethical and human rights concern.”

Adjacent to that, Grey Bull — the vice president of the Global Indigenous Council and a driving force behind the state’s newly formed Missing and Murdered Indigenous Women’s Task Force — called for a greater role for social justice in government and, in particular, policy directives to solve issues like pay disparities between men and women and in resolving the concerns of national movements like Black Lives Matter.

“It does not mean your lives don’t matter,” she said. “It means we want an equitable and just society so we can live in justice and peace together.”

While both candidates offer unique platforms — Beach’s a template of Western progressivism and Grey Bull’s with a keen focus on Native issues and the working class — neither candidate had much opportunity to differentiate themselves from one another, standing in agreement on their support of increased spending on social services while cutting military funding. Both supported continuing $600 bonus payments to American workers and agreed that the United States needs to find a way to be tough on China without hurting American workers in the process.

In their closing statements, Beach said American leaders need to rethink our economy and how we treat one another while Grey Bull touted her proven track record on creating change at the tribal, federal and state levels.

While Rep. Liz Cheney agreed to debate Thursday night, her primary opponent, political newcomer Blake Stanley, declined to participate, leaving voters unlikely to have an opportunity to compare the two in a single forum prior to the Aug. 18 primary election.

Carl Beach is seeking the Democratic nomination in the race for Wyoming's lone House seat.

Grey Bull: Barrasso’s latest shameful defense of Trump is an embarrassment to Wyoming

Barrasso has failed Wyomingites as consistently as he has defended President Trump’s corruption.

Mountain States Rosen, a Wyoming-based cooperative of lamb producers in the U.S., announced it would be closing its plant in Greeley, Colorado, eliminating more than 200 jobs in the area.

Rep. Andi Clifford, left, and Lynette Grey Bull, third from left, represented Wyoming in a women's suffrage float at this year's Rose Parade. Grey Bull has announced her candidacy for the U.S. House of Representatives.