West of Laramie, in the Snowy Range, a crystal-clear lake beckons to adventurers. Its gleaming waters are popular for fishing, and the area is a haven for hikers and others who love the outdoors. It’s known as one of Wyoming’s loveliest lakes, and it has historical significance, too: Its name — Lake Marie — honors one of the state’s pioneers.

This pioneer — the first woman elected to the Wyoming Legislature — started her life as Marie Godat but became known as Mary Bellamy, a progressive advocate for her community and her state.

Mary, a schoolteacher, began her political career as the county superintendent of schools in Albany County, an office to which she was elected in 1902, according to wyohistory.org, a project of the Wyoming State Historical Society. She moved there as a young girl with her mother in the prairie town’s early years, eventually becoming a member of the first high school class in Laramie.

She went on to marry another pioneer: Charles Bellamy, the first person in the nation to receive a professional engineering license, said Phil Roberts, professor emeritus of history at the University of Wyoming. Charles, a surveyor, had named the Snowy Range lake after his wife, who often joined him on expeditions into the Wyoming wilderness.

Though Wyoming women had been granted the right to vote decades before Mary’s election to the Wyoming Legislature, her victory remains a milestone.

“The gears for women have been very slow in Wyoming, in terms of politics,” said Judy Knight, the collections manager at the Laramie Plains Museum and an active member of the League of Women Voters who has researched and written about Mary Bellamy.

She was elected in a Democratic sweep in 1910 and was part of a progressive movement that supported election reform and conservation, according to Roberts. She worked with progressives in both parties.

“She was able to work in a nonpartisan way for progressive reform,” Roberts said. He also noted that Mary was very dynamic and an articulate speaker — likely thanks to her years in front of a classroom.

Knight agreed. “She was very plain-spoken and was a fun person to be around,” she added.

According to Knight, Mary was resistant to being labeled a single-issue candidate. In an interview with the Sheridan Press around the time she was elected, Mary explained that she had a wide variety of interests, no different from her male colleagues.

“Why, I think I am interested in every measure the men are, and then some,” she is reported to have said.

According to Knight, issues Mary supported during her time in the Legislature included industrial education, labor reform, the University of Wyoming and penal reform, including the creation of what is now known as the Wyoming Boys’ School in Worland — the site she had preferred.

Mary’s political career began in an era in which women’s status was changing quickly. Wyoming women were granted the right to vote in 1869, and Estelle Reel, the first woman to hold statewide elected office in Wyoming, was elected as superintendent of public instruction in 1894.

By 1910, when Mary was elected to the Legislature as an at-large representative from Albany County, attitudes had already begun to shift about women in politics and government.

“Wyoming had become very accustomed to women in public service at that point,” Roberts said.

Mary herself is quoted on the website “Her Hat Was In the Ring” as saying she could count on support from like-minded men in her bids for office.

Esther Hobart Morris, the country’s first female justice of the peace, paved the way for women in politics

“Men are usually willing to elect those [women] that run,” the website quotes her as saying. “You see, in Wyoming, when it comes to politics, the men don’t think of women as women but as citizens. They are willing to accord us equal rights with themselves, to consider what we want, and if it seems desirable, to grant it...Between the men and the women of this state there is a sympathetic understanding and the best kind of cooperation … working together for the good of Wyoming.”

So although women’s suffrage was already part of Wyoming life by the time Mary Bellamy entered the political scene, she was still an advocate for women’s right to vote in other places. In 1917, she attended the national rally for women’s suffrage as Wyoming’s delegate, and the 19th Amendment was passed in 1920.

“My guess is that she was there to be a demonstration model of why women can serve, to show that they weren’t dangerous fanatics or anything,” Roberts said.

After Mary had served her term, she stepped out of the statewide political arena to focus on community improvement. She was an active member of the Cheyenne and Laramie women’s clubs and helped publish a special one-time women’s edition of the Laramie Boomerang newspaper on Jan. 1, 1900.

Knight suggests that the publication may give some insight into Mary’s adventurous spirit. Many of the articles are attributed to specific authors, but one anonymous contributor describes going on a trip down the Laramie River with her husband with the goal of measuring stream flows — likely a common activity for a surveyor like Mary’s husband, Charles. The writer’s name is not listed, but the style and humor with which it was written hints at the author’s identity.

“I can’t imagine it being anybody else but Mary Bellamy,” Knight said.

December marked the 150th anniversary of women's suffrage in Wyoming — a first in the United States. To recognize this historic event, the Star-Tribune is publishing 40 profiles of women, both historic and contemporary, who've left their mark on our state. The series is not only examining the contributions these women made to Wyoming, but also the personal characteristics that helped them succeed. Look for it on the front pages of our Sunday editions and online at Trib.com.

Police say Danelle Moyte told investigators she was worried her fiancé would beat her. However, officers say they found evidence suggesting the shooting was not in self defense.

A bison knocked a woman to the ground on Wednesday afternoon after she approached the animal too closely near Old Faithful in Yellowstone National Park.

Wyatt Maser grew up in Casper and graduated from Kelly Walsh in 2014.

A grizzly bear attacked an antler hunter in the wilderness east of Dubois on Saturday.

A coronavirus parody song by Thermopolis' Jeni Borders has been viewed more than 3 million times online.

A procession nearly a mile long honored Deputy Wyatt Maser, who died in the line of duty. Maser grew up in Casper.

Gordon stressed the importance of following the guidelines shortly after Wyoming announced a coronavirus-related death for the fourth time in five days.

Erik Prince, a Park County resident and founder of the controversial private military firm Blackwater, is suing a national news organization i…

The protest took place outside a brewery whose owner went viral after she spoke out on COVID-19 owners. 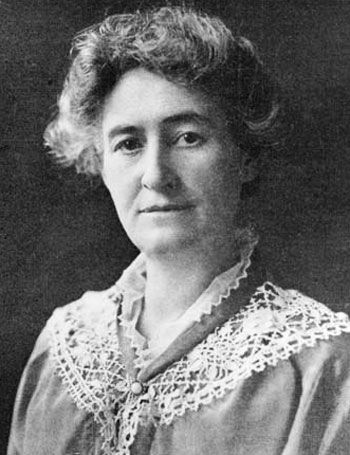 Mary Bellamy was elected to the Wyoming House of Representatives in 1910. She was the first of just 132 women that have served in the state Legislature.