307 Votes: After being picked for Natrona County seat, O'Hearn must beat Juarez and Carpenter to keep it
View Comments
Share this
Return to homepage × 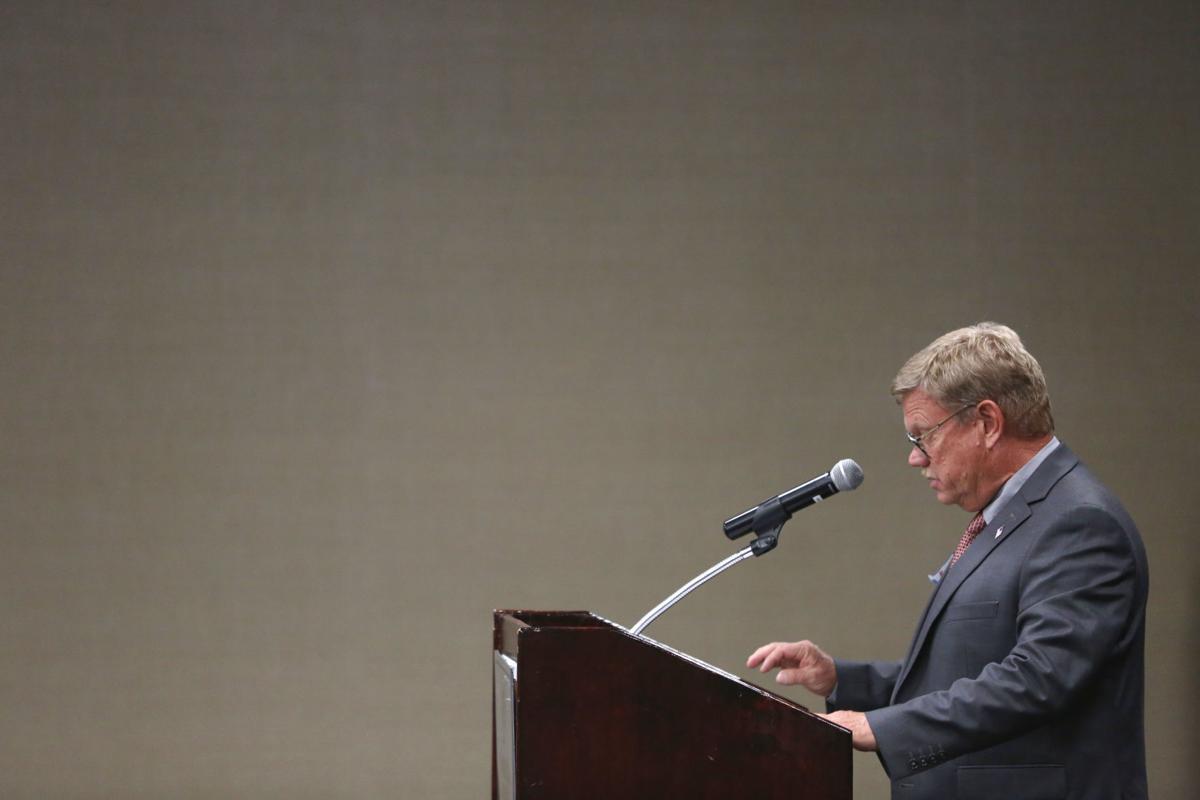 Kevin O'Hearn gives his closing speech at the forum for House District 59 seat hosted by the Natrona County Republicans on July 15 in Casper. To keep his newly gained seat, O'Hearn will have to win a three-way primary next month. 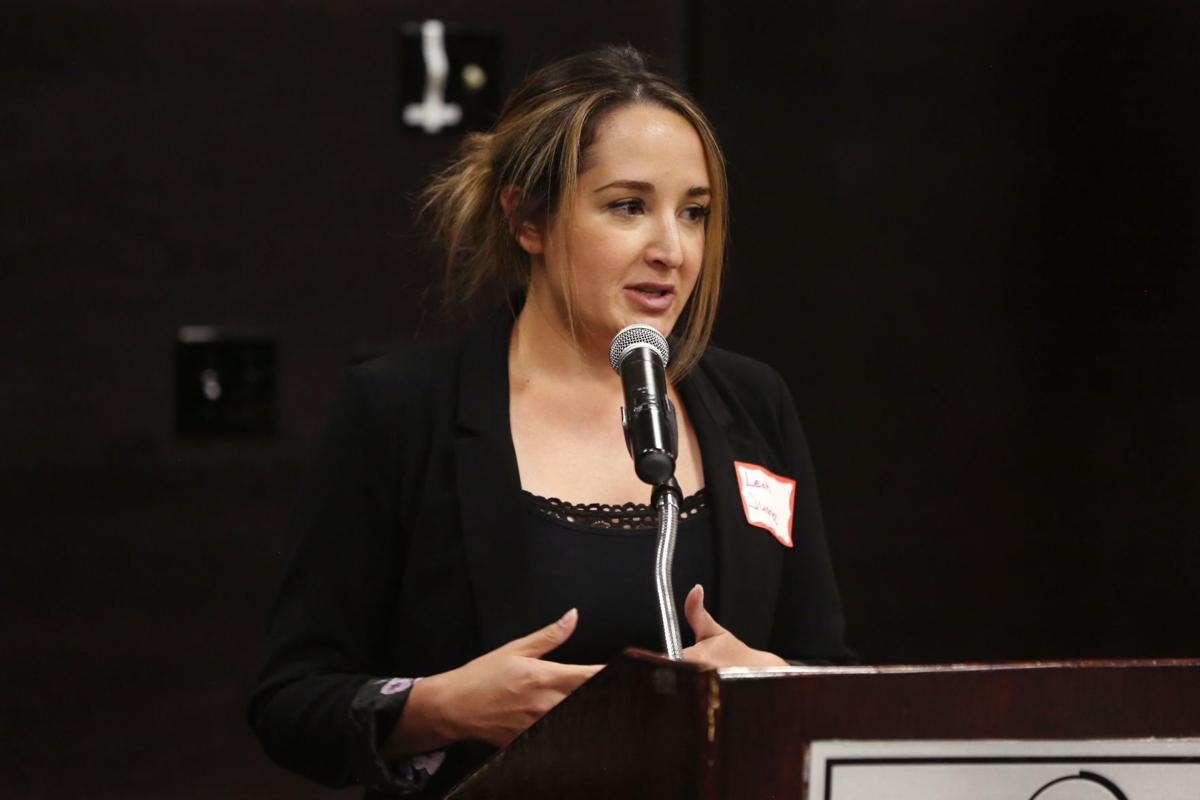 Leah Juarez gives her opening statement at the Republicans of Natrona County forum for the position of House District 59 representative on July 15 in Casper. 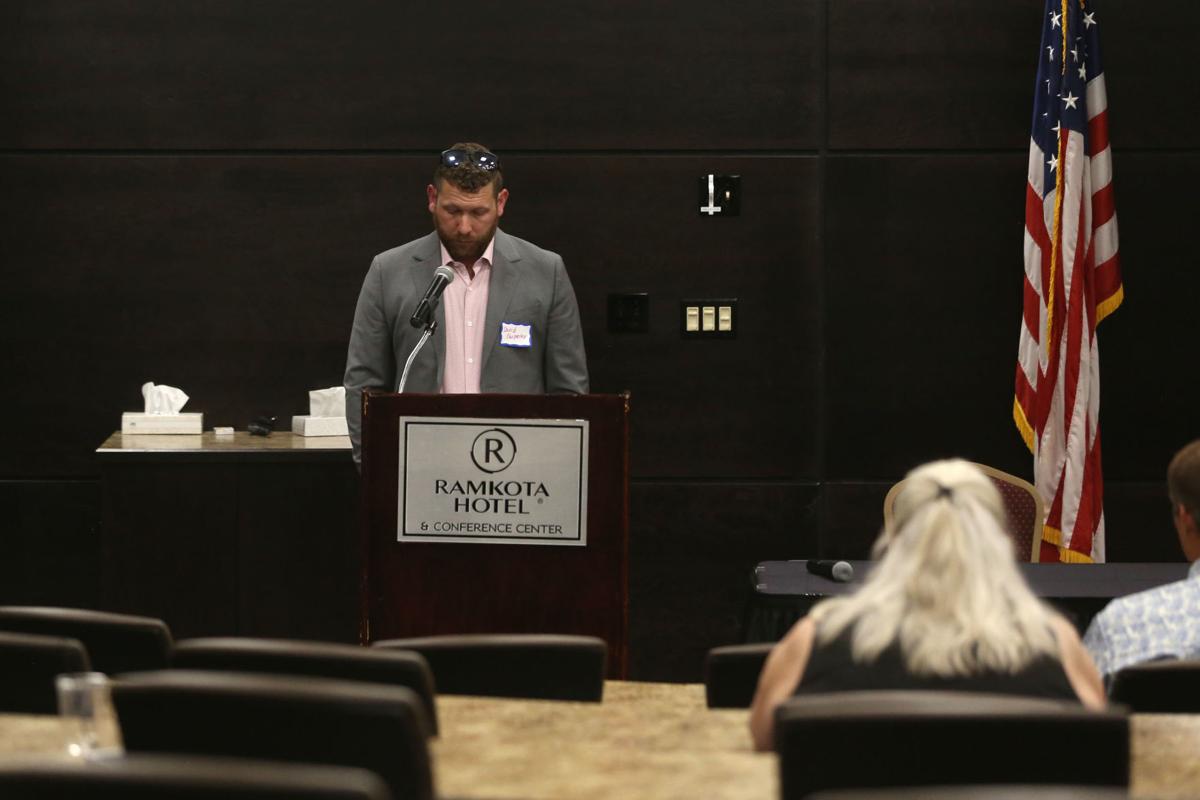 David Carpenter gives his opening statement for the position of House District 59 representative at a forum hosted by the Republicans of Natrona County on July 15 in Casper.

Welcome to 307 Votes: as complete a guide as you’ll find to every single Statehouse race in Wyoming, contested or uncontested.

The Star-Tribune is examining every legislative district in an attempt to give you a rough idea of what direction the state is headed as we barrel toward one of the most critical elections in Wyoming’s history.

Check each print edition of the Star-Tribune ahead of Aug. 18 for a rundown of a new district, and visit Trib.com to find our collection of every one that has been published so far.

In today’s installment, we take a look at the seat recently filled by Rep. Kevin O’Hearn of Mills.

Mills Town Planner Kevin O’Hearn took over this Natrona County seat this week after the premature exit of longtime Rep. Bunky Loucks, who returned to his business full-time after COVID-19 forced him to lay off a number of his workers.

However, that doesn’t mean it will be his forever. Though O’Hearn will serve as representative for House District 59 until at least January, he still has a three-way primary election to win in August if he hopes to hold onto this seat for the next two years. And that race is expected to be one of the more unpredictable contests across the state this cycle.

While O’Hearn was appointed by the Natrona County Commissioners for his experience in municipal office ahead of an uncertain interim period for the state, he still faces a formidable challenge from local businesswoman Leah Juarez and landman David Carpenter in the Aug. 18 primary, each of whom bring a unique background and conservative perspective to the race.

While O’Hearn easily counts the most experience, Juarez has been a vocal and charismatic presence in local debates — basing her campaign off of an initial primary challenge to Loucks after he withdrew a less-than-perfect bill to help recall local officials — while Carpenter brings a more libertarian political philosophy to the mix, expressing his support for limited government and free markets at the center of his campaign’s messaging.

“Leave the people and the businesses to do their jobs right, and stay out of the way as much as possible,” he said in a Natrona County GOP-sponsored candidate forum at the Ramkota Hotel in Casper on July 15.

O’Hearn, meanwhile, has stressed his run for public office comes from a place of passion and applying his experience to meet those passions for the common good.

“I spent 31 years fighting for America,” he said on July 15. “And I’m not impressed where it is going. I don’t know what I can do at this level, at House District 59, but I want to do something. I do not want to see America destroyed from the inside out.”

Could it flip? Since district lines across the state were reestablished in 2012, Loucks had never faced a competitive primary, making this the first time Republican voters in the new HD-59 have ever had an open seat to fill.

The candidates’ conservative credentials are all very similar and, like their values, the candidates differ only ever so slightly on the issues, or at least those posed by the Natrona County Commission in an appointment hearing on Tuesday.

Juarez opposes Medicaid expansion, is an ardent supporter of the Second Amendment and supports the state’s pursuit of a massive tract of land owned by Occidental Petroleum. Carpenter has advocated for expanded public-private partnerships and has remained open to some taxation in order to solve the state’s budget problems. He is amenable to a limited expansion of Medicaid and, like Juarez, is in support of “freedom of choice” in education with proper oversight. Then there is O’Hearn, who is on board with cuts (wherever they may be) but, unlike the other candidates, seemed unsupportive of the land deal and supported tax increases on the condition they were tied to elections every four years and distributed “to the most needy areas of the state.”

By all measures, the candidate who wins the Republican race this year will likely win the seat and hold onto it until another challenger rises: No Democrat has earned more than 37% of the vote here in six years and, in 2020, no Democratic challenger has stepped up to run — the first time that’s happened in a decade.

As such, this race is likely to be an absolute wildcard, and no doubt one of the state’s most competitive primaries this cycle. Keep an eye on this one.

Here's everything you need to know about 2020 Wyoming Statehouse races

Here you can find the entire collection of our 307 Votes series: the Star-Tribune's analysis of every Statehouse race in Wyoming.

Kevin O'Hearn gives his closing speech at the forum for House District 59 seat hosted by the Natrona County Republicans on July 15 in Casper. To keep his newly gained seat, O'Hearn will have to win a three-way primary next month.

Leah Juarez gives her opening statement at the Republicans of Natrona County forum for the position of House District 59 representative on July 15 in Casper.

David Carpenter gives his opening statement for the position of House District 59 representative at a forum hosted by the Republicans of Natrona County on July 15 in Casper.