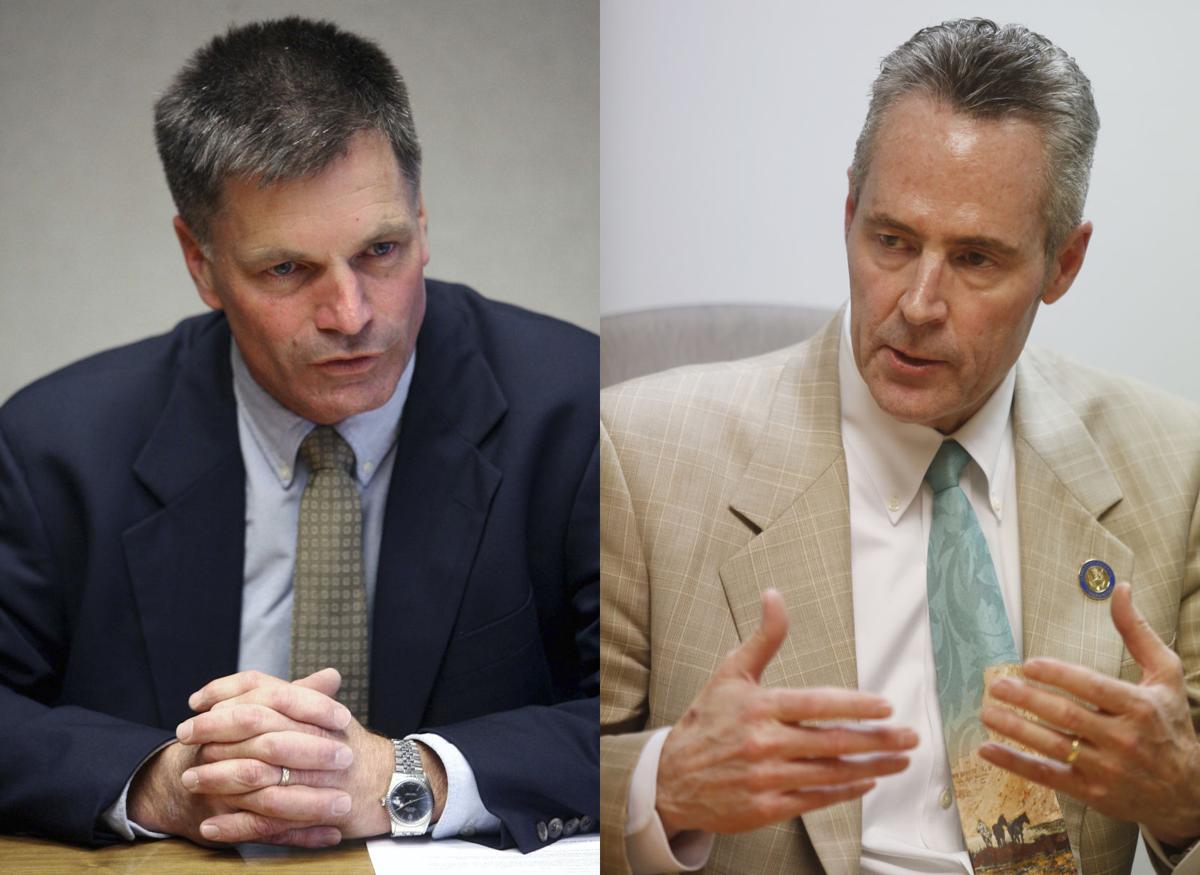 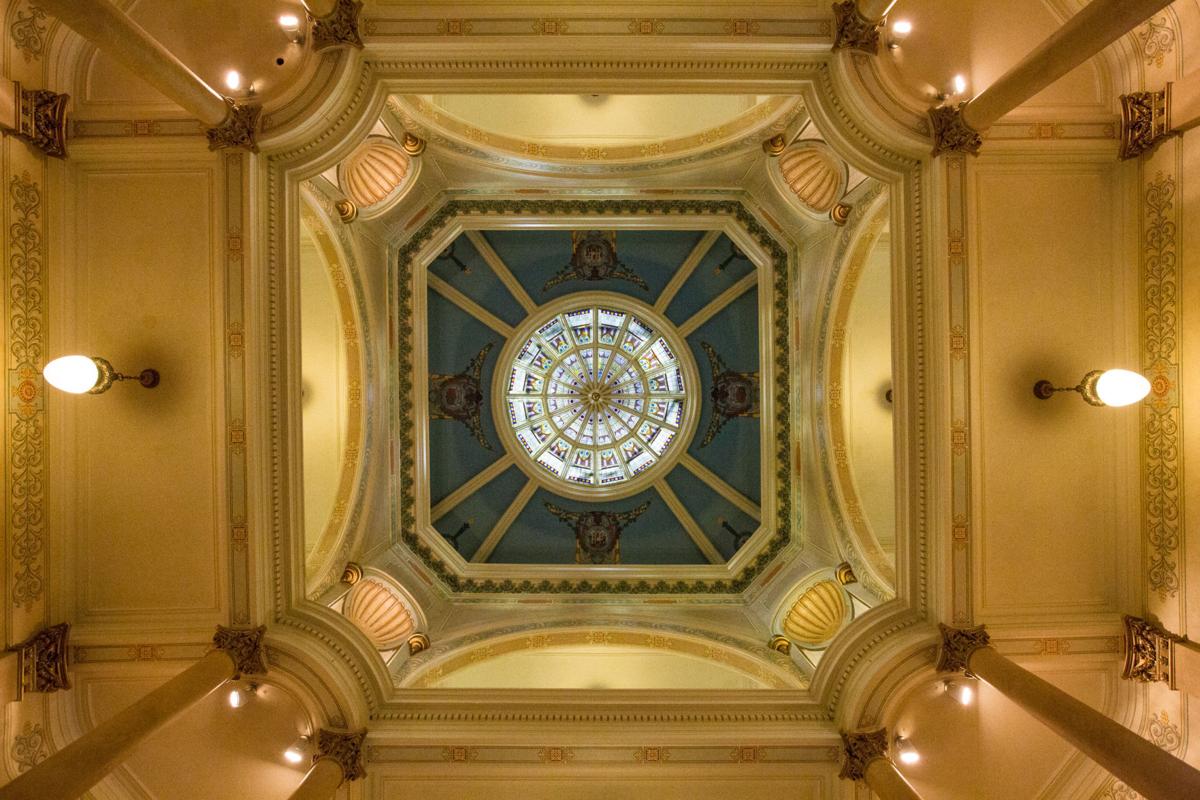 The contest to replace Gov. Matt Mead was always expected to be crowded. Without an incumbent — Mead terms out next year — there is a lower bar for entry. But one name may have been scaring away prospective candidates: Cynthia Lummis.

When she decided not to run for re-election to the House of Representatives last year, speculation immediately began circulating that Lummis might make a bid for governor. She has nearly two decades of experience running for statewide office in Wyoming and the financial means and donor network to help bankroll what is expected to be an expensive race.

Lummis not ruling out run for governor

Since U.S. Rep. Cynthia Lummis announced she is not seeking another term in Congress, rumors…

“Cynthia would have been the prohibitive front-runner,” said Bill Cubin, who served as treasurer for her previous campaigns. “Republicans are used to voting for Cynthia Lummis.”

Cubin added that it would be difficult for other candidates to draw donors from Lummis if she chose to run.

But early in the summer, word spread that she was not interested in running, something Lummis made official this week.

Lummis says she won't run for governor, upending the field and opening 'the floodgates'

Her announcement has thrust Wyoming Treasurer Mark Gordon and Secretary of State Ed Murray into the spotlight as the most formidable candidates in the GOP field — if they run.

“Both of them have statewide electoral experience, enjoy pretty favorable views of their job and have the ability to raise funds personally or through individuals to run a very serious statewide campaign,” said Republican strategist Bill Novotny, who pegged Gordon as the new frontrunner.

While neither Gordon nor Murray has said whether he will enter the race, it is clear that Lummis’ announcement has changed the calculus.

Gordon all but said that he would have endorsed Lummis.

“Cynthia is a good friend, and I am sorry she didn’t choose to run,” Gordon said in a text message Friday. “She would have made a great governor if she had won, and I was certainly looking forward to working with her.”

Murray didn’t go that far but said that he had realized it would have been difficult to effectively promote his policy ideas in a governor’s race where he had to share the stage with Lummis.

“Cynthia ... would have presented some dynamics that would have perhaps changed the level of the playing field,” he said.

Murray is already speaking like a candidate, saying in an interview this week that Wyoming deserved a strong candidate and offering what seemed like a preview of a potential stump speech.

“The time for talking about ideas and formulating plans without execution is no longer tolerable,” he said. “We have to have new energy and new ideas.”

Gordon has been more circumspect in his comments. He said the Legislature’s budget session this winter would keep him busy and that a decision on whether to enter the August primary would come sometime after the session concludes in March.

Unlike Murray, Gordon has not offered campaign rhetoric or attacks on the status quo, beyond touting the importance of his job as treasurer during a time when the state is struggling to fund public services.

“I have been thinking about Wyoming’s challenges and opportunities, and ways the Treasurer’s office can help address Wyoming’s current challenges while balancing that effort against long-term needs for the State,” Gordon said in a text message. “I have been encouraged by a lot of people to run, but right now I have the job I got elected to do to do.”

Murray has maintained a higher public profile than Gordon over the past few years, including photo opportunities like visiting with the Dalai Lama and driving an elderly voter to the polls, as well as weighing in on more issues like stricter rules for corporations registered in Wyoming and federal involvement in combating supposed voter fraud, both of which he opposes.

Before becoming treasurer, Gordon ran against Lummis during her first bid for Wyoming’s lone U.S. House seat in 2008. He ran to her left as a relatively moderate Republican in favor of environmental conservation and was attacked by both Lummis and others for previous donations to some Democratic candidates. A rancher and businessman from Buffalo, Gordon spent $1 million during that race.

Mead appointed Gordon treasurer in 2012, following the death of Joseph Meyer while in office. Gordon was reelected with little opposition in 2014.

His most recent campaign of sorts was a successful effort to pass a constitutional amendment allowing for a slightly more aggressive, and risky, investment strategy for public funds. Gordon campaigned for the measure, known as Amendment A.

Wyoming voters will decide Tuesday whether to allow the state to invest an additional $5.9 b…

Murray’s office handles a mixture of high- and low-profile items. His strident views on keeping Wyoming “business friendly” relate to the secretary of state office’s role in registering corporations and may go over the heads of many voters. But Murray has also weighed in against efforts by the Trump administration to clamp down on alleged voter fraud in state-run elections — an ongoing issue and one that Murray said he plans to continue fighting.

“I believe there is the possibility of unconstitutional overreaching that we must defend against as a state sovereign,” he said.

A Cheyenne businessman, Murray’s successful 2014 bid for secretary of state was his first run for office. He narrowly defeated former Wyoming Speaker of the House Ed Buchanan.

In addition to Murray and Gordon, several other prospective candidates have been floated, ranging from former or current lawmakers to other statewide officials like auditor Cynthia Cloud and an assortment of minor political figures.

Only Bill Dahlin, a Sheridan businessman and political novice, has formally entered the GOP race.

(Former Cheyenne lawmaker Mary Throne is the only Democrat to have declared, and she appears to have the backing of the state party.)

But Novotny, who has managed campaigns for Gordon and Murray in the past, said he doesn’t expect Lummis’ exit to open the door for a fringe candidate.

“The electorate of Wyoming has a type of candidate that they like to elect. That is typically very pro-business, reasonable ... conservative,” he said. “Not the fire-throwing individuals.”

Her website calls on voters to choose “Mary for Governor: Because Wyoming Matters.”

A Cheyenne water rights attorney is considering entering the Wyoming governor’s race, staking out ground on the libertarian right.

A Teton County businessman and Democrat who came within a percentage point of winning Wyoming’s lone U.S. House seat over a decade ago is runn…

Tatiana Maxwell said she was working as an intern at a Cheyenne law firm in 1982 when a young lawyer at the firm, Ed Murray, sexually assaulte…

Wyoming's 2018 races likely to be interesting -- governor, Senate and House all in play

An out-of-state mercenary and an evangelical Democrat are considering runs for Congress. A leading candidate for governor has been accused of …

WH 'refining plans for all scenarios' in Ukraine

WH 'refining plans for all scenarios' in Ukraine

WH on SCOTUS and race in college admissions case

WH on SCOTUS and race in college admissions case 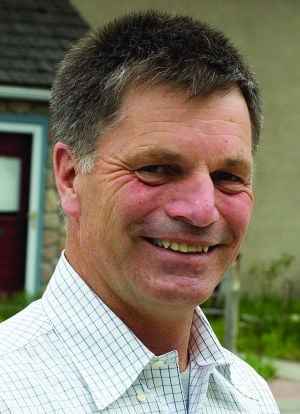 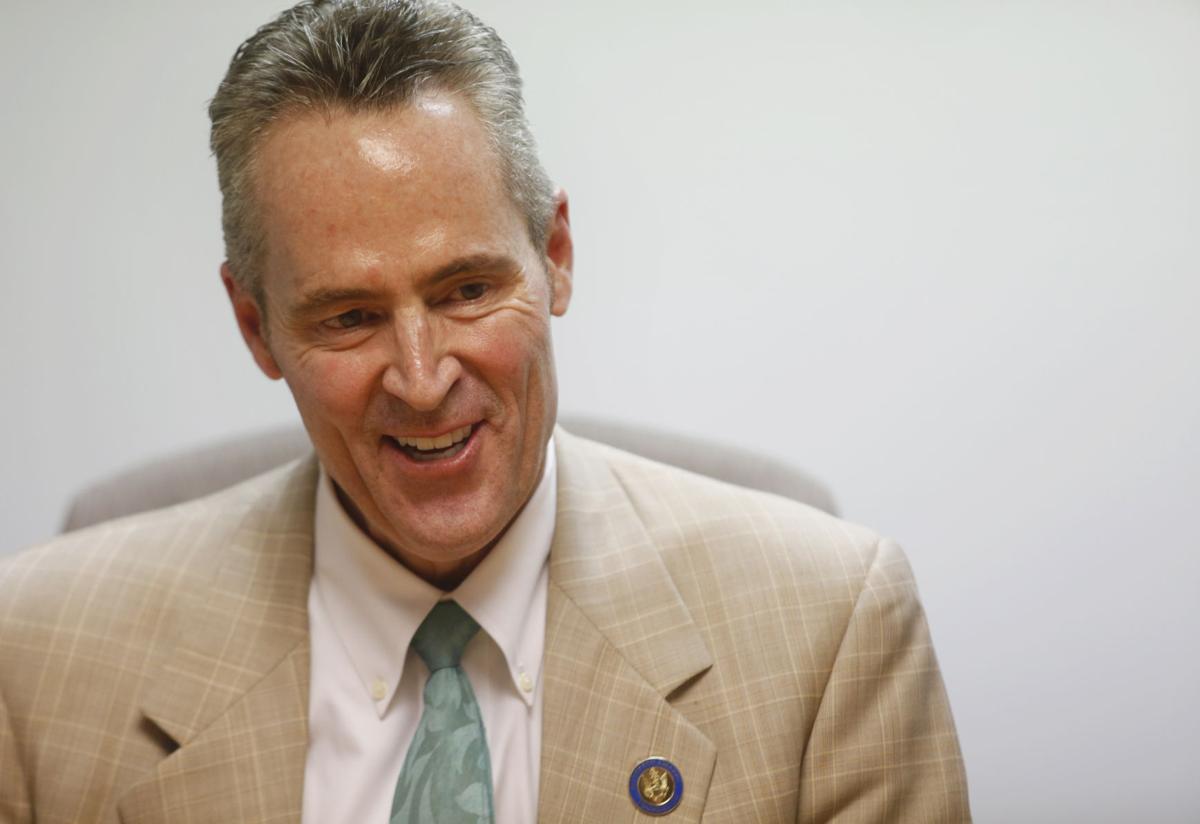