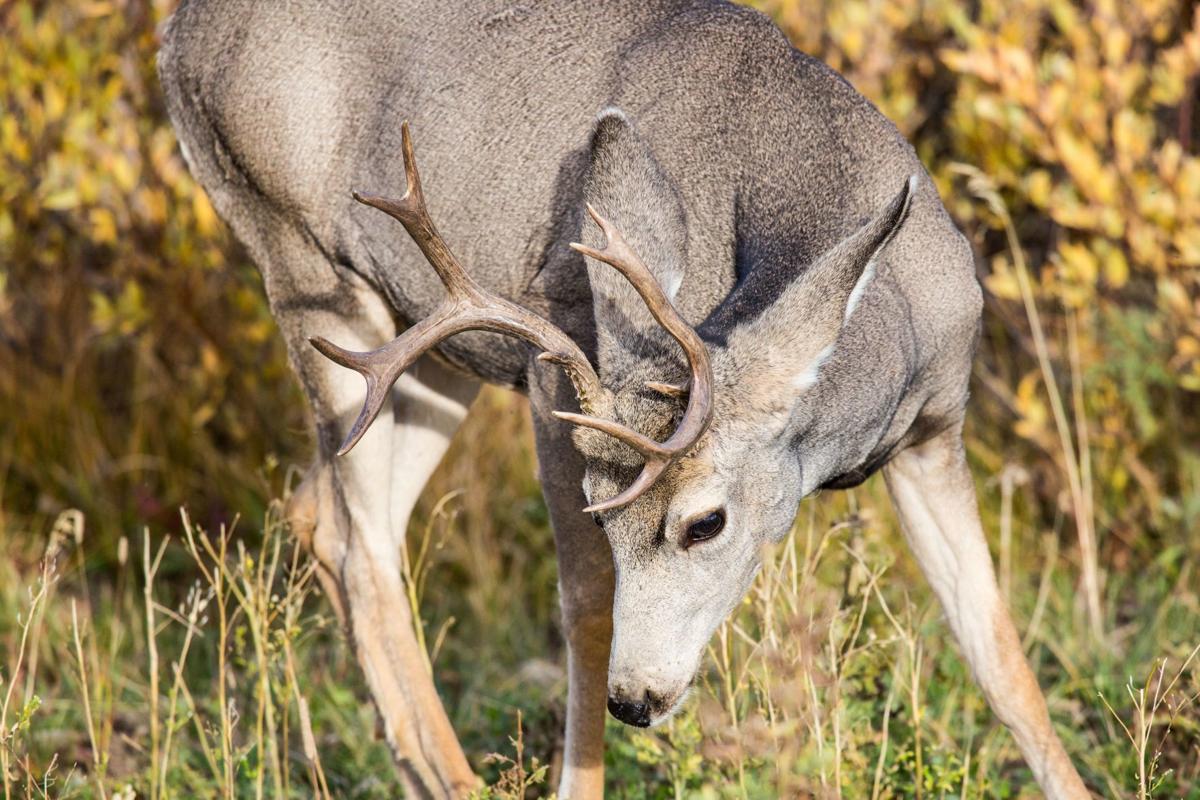 Mule deer are among the species susceptible to chronic wasting disease. The disease is one of the focuses of the America's Conservation Enhancement Act sponsored by Sen. John Barrasso. 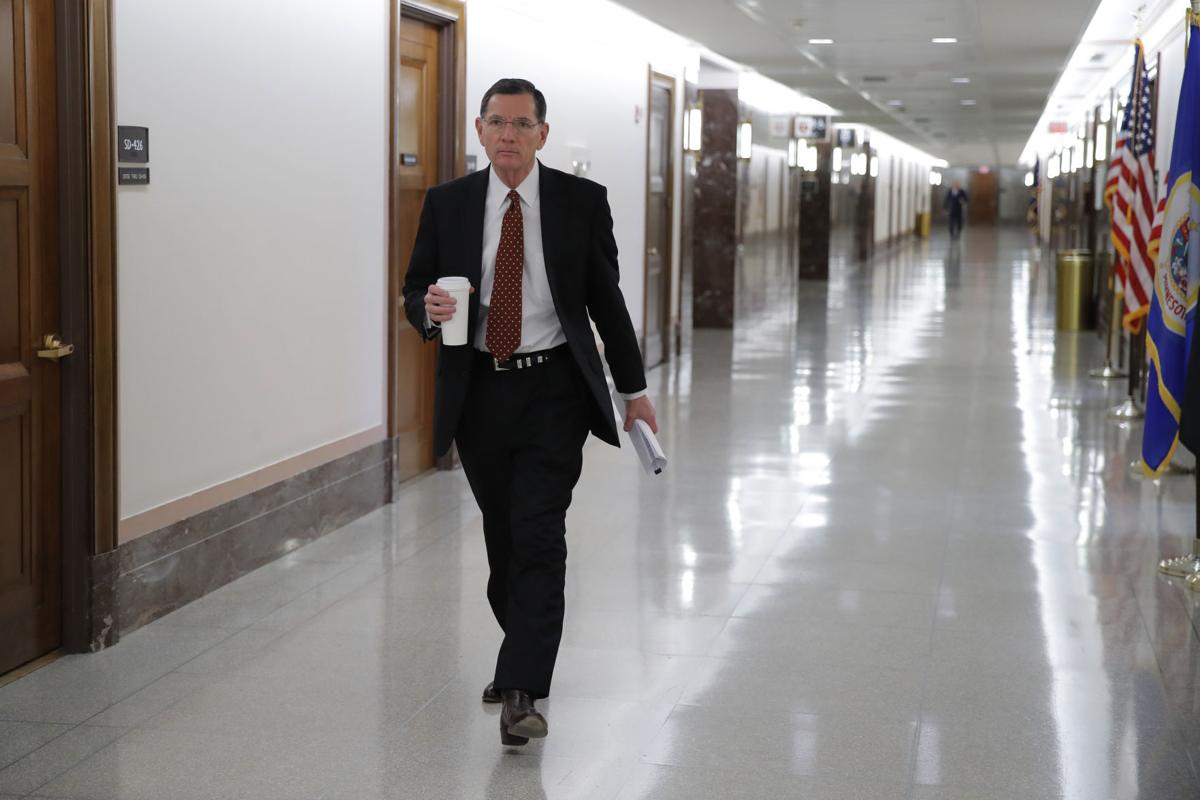 Sen. John Barrasso arrives for a briefing on Capitol Hill in March in Washington. Barrasso sponsored a conservation bill that recently passed through the U.S. Senate.

America’s Conservation Enhancement, or ACE, Act, which passed late Wednesday night in the form of an amendment backed by House leadership, will now proceed to the House of Representatives. If adopted, it will then move to President Donald Trump’s desk for his signature.

“The Senate is working together to protect wildlife,” Barrasso said in a statement. “The ACE Act will help Washington work with tribes and states on conservation. Our bipartisan legislation will establish a special task force to combat the spread of chronic wasting disease. It will also help protect livestock from predators. This legislation is a win for ranching communities in Wyoming.”

Introduced in the Senate last December, the broad-reaching legislation covers a number of shared interests between conservationists and private landowners alike.

In addition to reauthorizing the North American Wetlands Conservation Act and the National Fish and Wildlife Foundation Establishment Act — both of which finance a number of habitat protection projects — the bill also creates new sources of funding for addressing invasive species and, most significantly, would establish an interstate effort to fight emerging wildlife diseases like chronic wasting disease, which has been growing among wildlife populations in Wyoming and around the nation.

Though efforts to fight chronic wasting disease have been in effect since the release of a statewide management plan last December that was approved in July, a plan to combat invasive species is still in progress and has been a priority for Gov. Mark Gordon as well as the Legislature’s Joint Committee on Agriculture State and Public Lands & Water Resources throughout the 2020 interim.

In late August, the committee learned that the Governor’s Invasive Species Initiative was nearing completion on a series of recommendations to combat invasive species within the state, which intended to answer a number of questions posed by the governor himself, including what type of strategy would be most effective to combat invasive species and what species should be prioritized.

The final recommendations are anticipated for release by the end of September.

Possible challenges, however, include the potential for long-term funding programs to address invasive species amid a pandemic, management responsibilities and other concerns that could fall beyond the scope of state action. Wyoming’s invasive species management plans have been chronically underfunded since a 2015 funding rollback by the Environmental Protection Agency, according to a University of Wyoming report from 2019, while efforts to control the spread of species beyond Wyoming’s borders will likely require a coordinated response by numerous states.

Even then, all action needed to slow the spread of invasive species will likely not be taken immediately. According to a letter to the Legislature from Gordon’s natural resource and agriculture policy adviser, Joe Budd, “it is not anticipated that all recommendations will be ripe for action at this time.”

There has been some federal action on combating invasive species, however. While the provisions of the ACE Act will infuse just $25,000,000 into federal coordination of invasive species programs over the next four years, Barrasso’s WILD Act — already signed into law by President Trump last year — included a number of facets to combat invasive species within federal agencies, including a cash prize competition for technological innovations in invasive species management.

The timeline for passage could be relatively short. Though the bill has sat in the Senate since January, the House is likely to take it up sometime in its current session, though a specific date for it to be heard has not been specified.

Already counting support in the House and largely unchanged since its introduction, however, the bill is all but certain to pass in its current form.

Funding for Barrasso’s CWD task force was bundled with other natural resources legislative pieces that make up America’s Conservation Enhancement Act, co-sponsored by Tom Carper, a Democrat from Delaware.

While much more is known about the disease now, experts say there are still more questions than answers.

The bill passed out of Barrasso’s Committee on Environment and Public Works on Tuesday with significant support from groups including the National Wildlife Foundation, the Wyoming Game and Fish Department and the Wyoming Stock Growers Association.

Barrasso wanted voters to have a voice on SCOTUS nominee in 2016. Not this time.

Barrasso says the Senate should not wait until after the election to confirm a new Supreme Court justice.

Since President Trump signed the ACE Act into law, state agencies and conservation groups working in Wyoming have spoken positively of the legislation, saying it could significantly help efforts already underway here.

Mule deer are among the species susceptible to chronic wasting disease. The disease is one of the focuses of the America's Conservation Enhancement Act sponsored by Sen. John Barrasso.

Sen. John Barrasso arrives for a briefing on Capitol Hill in March in Washington. Barrasso sponsored a conservation bill that recently passed through the U.S. Senate.