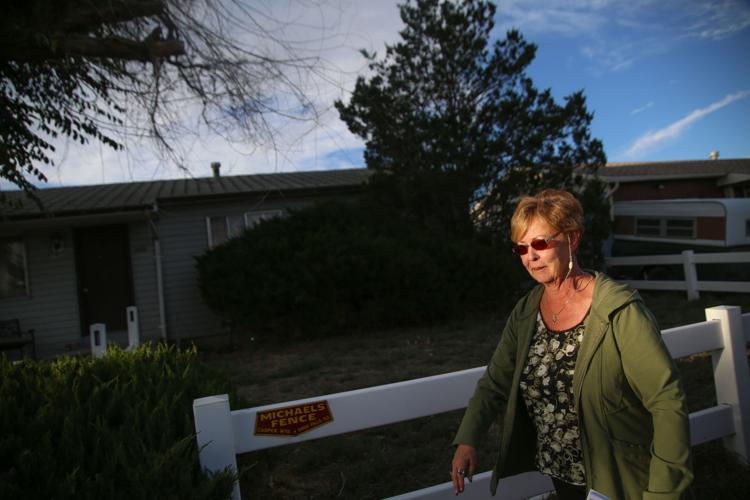 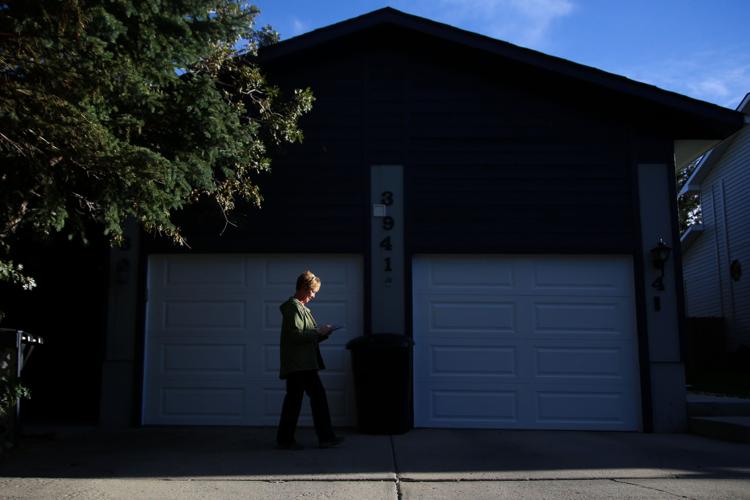 The Democrat walked door-to-door in Evansville, a red-leaning town in the reddest of states, asking for votes. She approached a house where the owner was cleaning the garage.

“I’m not running for a particular party,” Debbie Bovee said, introducing herself. “I have a special interest and the interest is the people.”

Her party affiliation already puts Bovee at a disadvantage. What’s more, she made the ballot only after a write-in campaign and is facing an incumbent who’s on his third stint in the Wyoming Legislature.

On their own, either of those characteristics is enough to label a candidate a long shot. Together, they combine to form an almost insurmountable hurdle.

But there’s another factor in the House District 36 race this year.

Bovee’s Republican opponent is Gerald Gay, who caused a storm of anger last week after questioning the dependability of women workers, despite his own record of absences in the Legislature. Gay also suggested women were at least partially responsible for Wyoming’s gender-wage gap, one of the worst in the nation.

Suddenly, the write-in candidate with seemingly no chance had one.

Sonja Jeffers, the woman cleaning the garage in Evansville, wasn’t happy with her representative.

“My daughter is a teacher,” Jeffers said. “She really works hard and has a family.”

Jeffers said it was different for her when she had small children. She was a stay-at-home mother.

“But you worked hard,” Bovee said.

The woman continued talking, about all of the people in Wyoming who work hard, and about other issues important to Bovee — from Medicaid expansion to economic diversification.

“I hope I can count on your vote,” Bovee said at the end.

Jeffers is a registered Democrat who she said she’s voted for Gay, a Republican, twice. But she won’t vote for him on Nov. 8 — he crossed the line, she said.

“Yes, you can,” Jeffers said, as the two shook hands.

On Friday, Gay said reporters misrepresented his views, although the transcript of one of the interviews he gave, with progressive advocacy group Better Wyoming, was published online.

Gay declined to clarify what he actually meant, saying he had to leave his house.

The Star-Tribune reached Gay at home, even though on Friday one of the legislative panels that he serves on — the Joint Corporations, Elections and Political Subdivisions Interim Committee — was meeting in Saratoga. The newspaper asked him in a text message why he wasn’t at the meeting and whether he wanted to continue the interview at a later time. He did not respond.

Before he ended the interview with the Star-Tribune on Friday, Gay said his campaign is using a mix of television advertising, as well as his attending town hall events and knocking on doors to meet with voters.

“I don’t know if she has a chance of winning or not,” he said. “I think it’s really funny that the Democratic Party couldn’t find a candidate to run against me from March, April, May — the candidate season — then runs a write-in campaign after the deadline (for filing for public office) was over. And she’s missed all the transparency stuff, the financial reporting deadlines.”

State law requires two separate campaign finance reports from candidates during each the primary and general election periods. Because she entered the race late, Bovee filed no reports during the primary. That means Gay won’t find out how much his opponent has raised until late into the election season, when the next batch of reports are due.

“That’s kind of an anathema to the Democratic Party,” he said. “They’re the ones who push reporting and transparency.”

Bovee, a political newcomer, said her campaign has received a boost after Gay’s comments about working women went viral.

On Wednesday, about two days after Gay’s interview with Better Wyoming went online, she said she received about $400 in contributions from 11 people.

“People are now asking me for yard signs,” she said. “The response has been huge.”

But Bovee said she can’t sit back. The district, which runs roughly west of Wyoming Boulevard in the neighborhoods near Beverly Street and includes most of Evansville, is heavily Republican. And she entered the race relatively late, having won a write-in campaign in the August primary.

There are more than twice as many Republicans than Democrats in HD36: As of Friday, 1,969 people were registered GOP, 737 were Democrats, 392 were unaffiliated and 40 belonged to other parties, according to the Natrona County Clerk’s office.

But the Natrona County Democratic Party thinks it’s a winnable race, said Eric Nelson, a party leader who tried to unseat Gay in 2014.

“We’re super happy Debbie stepped up,” he said. “Gerald, by making those comments, has shined the light of who he really is.

“In Wyoming, everyone is busy. They don’t have much of a chance to look at who their representative is. This is a Republican state, so sometimes I think that they just default to the R (on the ballot), if they’re registered as a Republican.”

But that could change, since Gay’s opinions don’t represent the way people think, Nelson said.

Gay defeated Nelson by just 168 votes in 2014. Nelson said he built a base of support during his campaign that he has mobilized to help Bovee.

But controversies can fade just as quickly as they explode. The support might help, but Bovee is still facing an incumbent Republican in a district where Democrats are the minority.

Two days after Gay’s comments, Bovee knocked on doors in her district and met a man who told her he would never vote for a pinko socialist Democrat. Then he shut the door in her face, she said.

“I do think it’s put a boost to my campaign,” she said of Gay’s comments. “It doesn’t mean I’ve won.”

Cheney instructing Democrats how to vote for her in GOP primary

Rep. Liz Cheney's campaign is providing Democrats with instructions on how to vote for her in Wyoming's Republican Primary.

Wyoming's trigger law won't end the debate on abortion here. Already, abortion opponents are taking aim at the exemptions that are left.

The majority of randomly selected interviewees — nearly 80% — have paid no attention to the hearings that some theorize could lead to the criminal prosecution of former President Donald Trump.

Gov. Mark Gordon was criticized for his absence at the first gubernatorial debate in Worland on Thursday. The two attending candidates had similar views on most of the questions.

Sens. John Barrasso and Cynthia Lummis both voted against a gun control bill that drew bipartisan support after a string of mass shootings.