Frustrated Republicans throughout the state are sending a message of dissatisfaction about Matt Mead’s performance as Wyoming’s governor, a message that could ultimately be symbolic or problematic in his bid for re-election.

On Saturday, the Republican parties in Platte and Hot Springs counties censured Mead.

And in the past month, three other county parties debated censure or other measures of Mead’s performance: Lincoln, Uinta and Natrona. The Park County GOP tried but failed to censure Sen. Hank Coe, R-Cody.

Mead, through his spokesman Renny MacKay, said he appreciates the discussions that occurred in GOP county conventions throughout the state.

“Gov. Mead respects free speech rights – the rights of all Wyoming’s county parties to voice their thoughts on the direction of the state,” MacKay said in an email.

Censure is defined as a statement showing severe disapproval. The recent censures referred to Mead’s signing a bill that stripped from Superintendent of Public Instruction Cindy Hill control over the Wyoming Department of Education. The Wyoming Supreme Court this year ruled the law unconstitutional.

The bill, Senate File 104, was reviewed by the Legislature’s attorneys and the Wyoming attorney general and deemed constitutional, MacKay said. Now that the Supreme Court disagreed, Mead will respect its decision and move forward. Mead is hoping for an orderly and quick transition at the Education Department after a lower court clarifies the Supreme Court decision in the coming weeks.

“No one ever intended to pass an unconstitutional bill,” MacKay said.

Coe, who was under fire over the Hill bill as chairman of the Senate Education Committee, said a censure carries no real consequences.

“What are they going to do? Make me go to bed early at night?” he said. “Whether they know it or not, I’m in office until January 2017. I don’t understand what they’re doing. They’re all crazy.”

Some members of the Park County GOP who are also active in the Big Horn Basin TEA Party have been publicly battling with Coe over the so-called Hill bill for more than a year.

“I think it’s a vocal minority group that thinks they’re a majority group, and they’re not,” Coe said. “I’ve had nothing but positive input from people in my district who support me.”

James King, a University of Wyoming political science professor, said a censure can be used in primary elections.

“I think what censures do is provide ammunition for opponents in the primary,” King said. “This is an indication that some people within the party are displeased with the way individuals are performing in office. It’s a way of highlighting that displeasure or, if you will, publicizing it.”

With the competitive primary behind him, Mead swept the 2010 general election with 123,780 votes. The next contender, Democrat Leslie Petersen, got 43,240 votes.

Hot Springs Republican Mike Gular, who supported his county’s censure resolution, said it was never his county party’s goal for the censure to become an election issue in 2014, but it might become one.

“You can say, ‘He just got censured by his own party?’ In a primary, it can be helpful,” Gular said.

Hill did not return a message from the Casper Star-Tribune about censure.

Haynes doesn’t intend to campaign on Mead’s censure, he said Wednesday afternoon. He wants people to judge him on his ability to deliver on his campaign promises.

Haynes never supported SF104 because he thought it was unconstitutional. He believes the censures are evidence that more people are paying attention to the Constitution.

“They want public officials who take an oath to hold and defend the Constitution held to the standards of keeping their oath,” he said. “I think it’s a positive sign for our body politic that people are paying attention. It brings ‘government of the people’ back to the table.”

It read: “Due to the unconstitutional behavior of Governor Mead in trying to usurp the power of the Superintendent of Public Instruction by 1) Signing into law (SF104) removing her from office, We the people of the Wyoming Republican Party do hereby formally censure Governor Matt Mead.”

The censure will appear in May before the state GOP convention in Evanston, said Charles Curley, Hot Springs County GOP chairman. He did not have the vote total or breakdown for the censure.

In Platte County, GOP delegates voted 36-1 to adopt a measure that criticized Mead for SF104 and the Common Core bipartisan educational standards.

The Lincoln County GOP did not censure the governor but passed two measures that refer to his performance in the state’s top elected position without naming him. One resolution said the county found it improper to take away duties of a constitutionally established office. The second resolution said the Wyoming attorney general should represent all elected officials, which refers to Hill not getting access to state counsel.

MacKay, Mead’s spokesman , said that the AG represents the superintendent in matters officially related to that position.

“When an elected official sues the state on a matter of private interest, the attorney general does not represent the individual – the AG represents the state,” he said. “A recent example is the suit of Secretary of State Max Maxfield on term limits,” in which Maxfield had his own representation.

The Uinta County GOP debated a censure measure, but it failed, according to local party member Jana Lee Williams.

The Natrona County GOP passed a measure that outlined how censuring would happen in the future if a majority of the body felt it was necessary. No one was censured.

The people who vote at county conventions are called precinct committeemen and committeewomen. They’re elected in the general election to represent a district within the county’s geographical area. Once elected, they become the county GOP’s central committee and assist with operating the party. That includes proposing bylaws, platforms and resolutions, said Bonny Foster, the Natrona County GOP chairwoman and state party secretary.

The measures will be discussed and voted on at the state GOP convention, scheduled for May 1-3, in Evanston.

Mead, through his spokesman MacKay, said it was puzzling that Republicans in Hot Springs County voted for a censure resolution following the release of a state audit last week that detailed several oversight problems throughout the education department under Hill's leadership.

The audit recommended further review by the state attorney general and the U.S. Department of Education and said the state might have to pay back an undetermined amount of federal funds.

“The state audit report sets forth a number of concerns, including improper management decisions, overriding internal controls and questioning how employees and payment of employees were aligned with funding, to name just a couple," MacKay said.

Less than one in five Wyoming lawmakers are women. The state ranks sixth-worst in the nation for female representation in the statehouse.

In announcing the bill's signing, Gordon noted he had  already committed to challenging vaccine mandates prior to the special session.

Here's how the infrastructure bill will impact Wyoming and its residents

Rep. Liz Cheney says Trump is at war 'with the rule of law'

Rep. Liz Cheney says former President Donald Trump is at war “with the rule of law and the Constitution” and that GOP lawmakers who sit by silently are aiding his efforts.

Gov. Mark Gordon says Wyoming and several other states will sue the Biden Administration on Friday over its worker vaccine mandate.

GOP chastises Harshman and Hicks for 'uncouth' actions, decides not to rebuke Bray

Wyoming GOP leaders rebuked Sen. Larry Hicks and Rep. Steve Harshman for acting in an "uncouth manner" toward fellow Republicans. But they did not take action on a third official who wrote a vulgar email to Sen. Tara Nethercott. 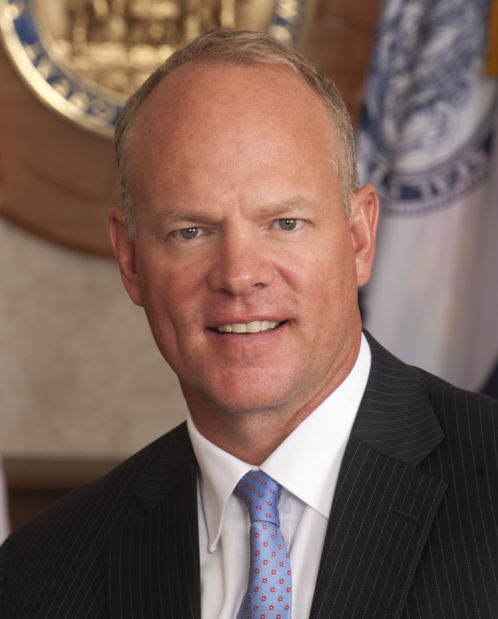 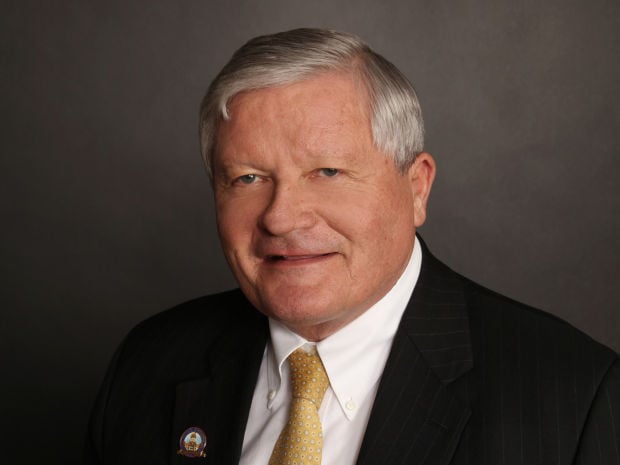