In a move that caught the campus off guard Monday, the University of Wyoming announced President Laurie Nichols will become a faculty member after her contract expires in June, ending her time as head of the school after just three years.

Although Nichols and the head of the university’s board of trustees released upbeat statements with the announcement, both declined to talk to reporters about the change, as did other university officials. Faculty leaders, meanwhile, said they were surprised at the news and would be seeking more information in the days to come.

Nichols’ office referred comment to spokesman Chad Baldwin, who said he didn’t know specifics of the change. But in a Monday afternoon address to the Faculty Senate, Nichols said she was surprised by the decision, the Laramie Boomerang reported.

“It wasn’t anticipated and I just learned of it very recently myself,” the newspaper quoted Nichols as saying. “It is indeed the board’s decision to make, and I think, as an institution, we honor that and move on.”

In the university announcement, Nichols said she had been honored to serve as the school’s president for the past three years.

“I am proud of the progress we made,” she said in the statement. “Our success included launching a comprehensive strategic plan and marketing campaign; elevating the Honors College; opening a Native American center; realizing enrollment growth; and launching several new academic degree programs to meet state workforce needs.”

In a statement, UW board of trustees president Dave True said the board was “excited for future opportunities” for the school and its community and thanked Nichols for her service.

The details of the move are unclear. True declined to provide details, including whether it was Nichols’ decision or the board’s, if the board would release any more information in the future and what the timeline would be for hiring a replacement.

“I don’t mean to be offensive at all about it, but because it’s a personnel matter, I don’t have anything that I’m allowed to say beyond what was in the press release,” he said in a brief phone interview early Monday evening.

Jeff Marsh, the board’s vice president, is out of town, a woman who answered the phone at his office said. Messages were left for the board’s secretary, Kermit Brown, and treasurer, John McKinley.

Other details are publicly available. A plane registered to the “Trustees of the University of Wyoming” was in Glendale, Arizona, on March 15 for roughly 90 minutes before heading back to Casper, according to the website Flight Aware and Federal Aviation Administration records. Nichols and her husband, Tim, own a condo a short drive from that airport, public records provided to the Star-Tribune show.

Chad Baldwin confirmed that Nichols arrived in Arizona on the night of March 14 for a vacation. But he deferred questions to True about whether any trustees met with Nichols. True, again citing the matter as a personnel issue, declined to comment. Schmid-Pizzato said she had no comment when asked about the flight.

Donal O’Toole, the chair of the Faculty Senate, said the announcement “came out of a clear blue Wyoming sky.”

“Faculty had no idea it was coming,” he told the Star-Tribune in an email. “I assumed President Nichols would be reappointed for a second 3-year term. It would be good to know the reasons underlying the (board’s) decision not to renew her contract.”

He said there are two main concerns on campus: what prompted the decision and the process going forward to replace Nichols.

“I also admire her for stepping into such a role in our cowboy equality state as our first female university president,” Porter wrote to the Star-Tribune, “and hope that will make the path smoother for our future leaders who happen to be women.”

Nichols came to the university in May 2016 from South Dakota State University, where she was the executive vice president for academic affairs.

She replaced Dick McGinity, who took office in January 2014, after his predecessor — Bob Sternberg — resigned after just 137 days as president. She was paid $458,000 in total compensation annually, according to previous Star-Tribune reporting, nearly $100,000 less than Sternberg.

Her successor will become the fifth head of the university in the past six years. Baldwin referred comment on the hiring process to True.

The board president told the Star-Tribune that “with how timely all of this is, the board has not had a chance to evaluate (the timeline), and so again, I can’t get out in front of the board on that.”

Nichols took the reins of Wyoming’s sole four-year public institution in the midst of the financial and enrollment crisis that would see the university lose tens of millions in funding and nearly 200 students. She oversaw the school’s efforts to turn around both situations, with the rollout of a new strategic plan nearly two years ago and the cutting of hundreds of mostly vacant positions and the elimination of a handful of degree programs.

Enrollment rebounded significantly after the first tumultuous year, and the university did not institute layoffs beyond the 37 pink slips distributed in late spring 2017. The university hired a chief diversity officer, planned dorm renovations, approved a budget with $5.5 million in raises for faculty and expanded Native American services, among other things, under Nichols’ administration.

In a statement sent from the Faculty Senate late Monday afternoon, O’Toole praised Nichols’ handling of the economic situation she inherited and her guidance of the university afterward.

“We look forward to working with the Trustees in an open and broad search for a new President,” the senate’s chair-elect, Ken Chestek, wrote in the statement. “The University has generated some forward momentum in the past year. We hope that can be sustained.”

Still, there remained challenges. Last year, the board “swept” more than $100 million from hundreds of accounts across campus into more centralized pools, which drew criticism and frustration from faculty. Meeting minutes show Nichols urged the board to be careful, and she later told the Star-Tribune that the sweep was “premature.” She denied to the newspaper a rumor circulating among faculty that she had threatened to resign over the board’s move.

Shortly after the sweep, faculty again raised concerns about the board’s proposal to change a number of university regulations — essentially the guiding documents of the school — that would, they said, give more power to the trustees. Nichols denied that the regulation changes suggested the board lacked confidence in her, saying that was an exaggeration and that she had the backing of the trustees.

Throughout both the sweep and the regulation debate, faculty members broadly praised Nichols for acting as a bridge between trustees and instructors.

No quarantine required in Sydney for vaccinated international travelers

No quarantine required in Sydney for vaccinated international travelers

In a surprising move Monday, the University of Wyoming board of trustees announced that President Laurie Nichols would be stepping down as pre…

University of Wyoming names next president

For the first time in its almost 130-year history, the Equality State's only four-year public university will be led by a woman.

As UW lays out transition plan, Nichols tells radio station she remains in the dark on demotion

The University of Wyoming board of trustees met Friday morning to discuss the future of the presidency at the school, including setting a July…

In November 2013, the University of Wyoming’s board of trustees met privately for nine hours to address the problem with the school’s new president.

The board unanimously approved a motion to release the names in a written statement, which will likely come later in the day Friday.

UW faculty leader asks if Nichols demotion was gender-motivated, calls on board to explain decision

The University of Wyoming board of trustees has scheduled a meeting Monday morning in which it plans to publicly vote on an interim president,…

Neil Theobald will take the reins at UW on July 1 on an interim basis, earning a base salary of $340,000.

Three weeks away from the end of her time at the University of Wyoming, President Laurie Nichols says she has still not received an explanatio…

University of Wyoming board unveils search process for new president

The school hopes to have the new president hired in time to take over by July 1, 2020.

Former Gov. Matt Mead and former state Auditor Rita Meyer are among 16 people tasked with helping to select the University of Wyoming’s next p…

The governor wrote that he is "concerned that at this juncture in UW's history, the university's essential mission is not well articulated nor well appreciated."

Judge sides with press over University of Wyoming, orders release of records related to president's demotion

The judge rejected a number of the university's overarching arguments for blocking release of records related to the Laurie Nichols decision. 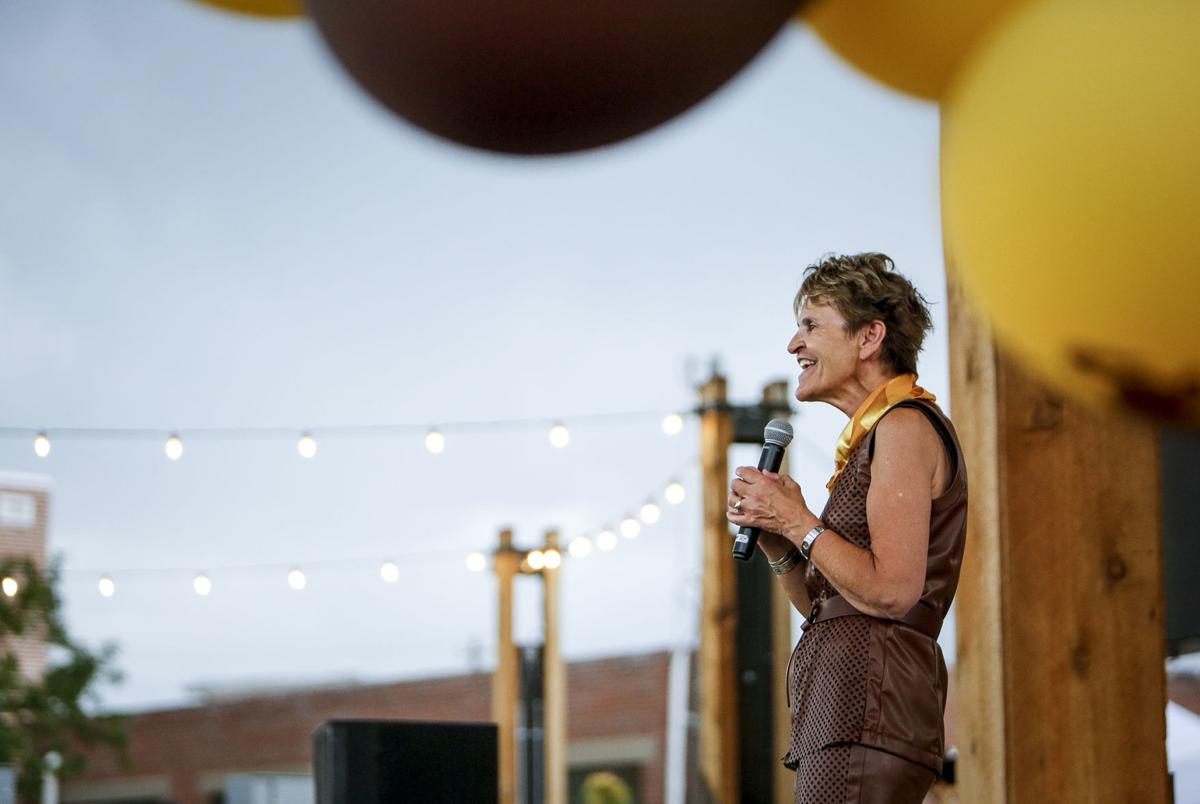 University of Wyoming President Laurie Nichols speaks during a downtown Casper pep rally in June 2018. UW's board of trustees will appoint an acting president after Nichols' contract expires June 30. 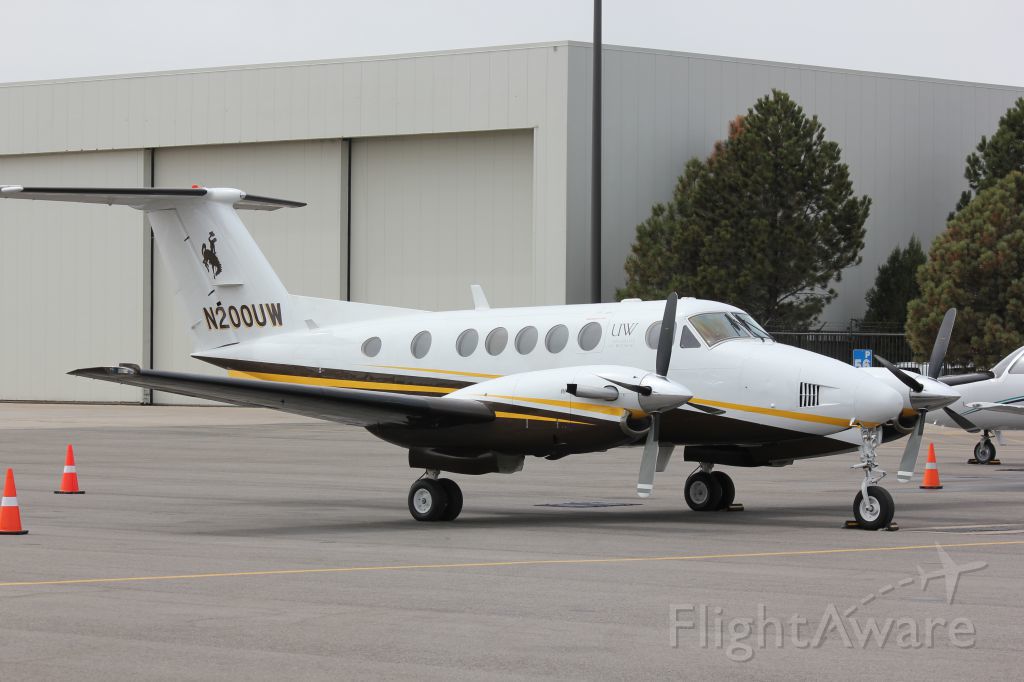 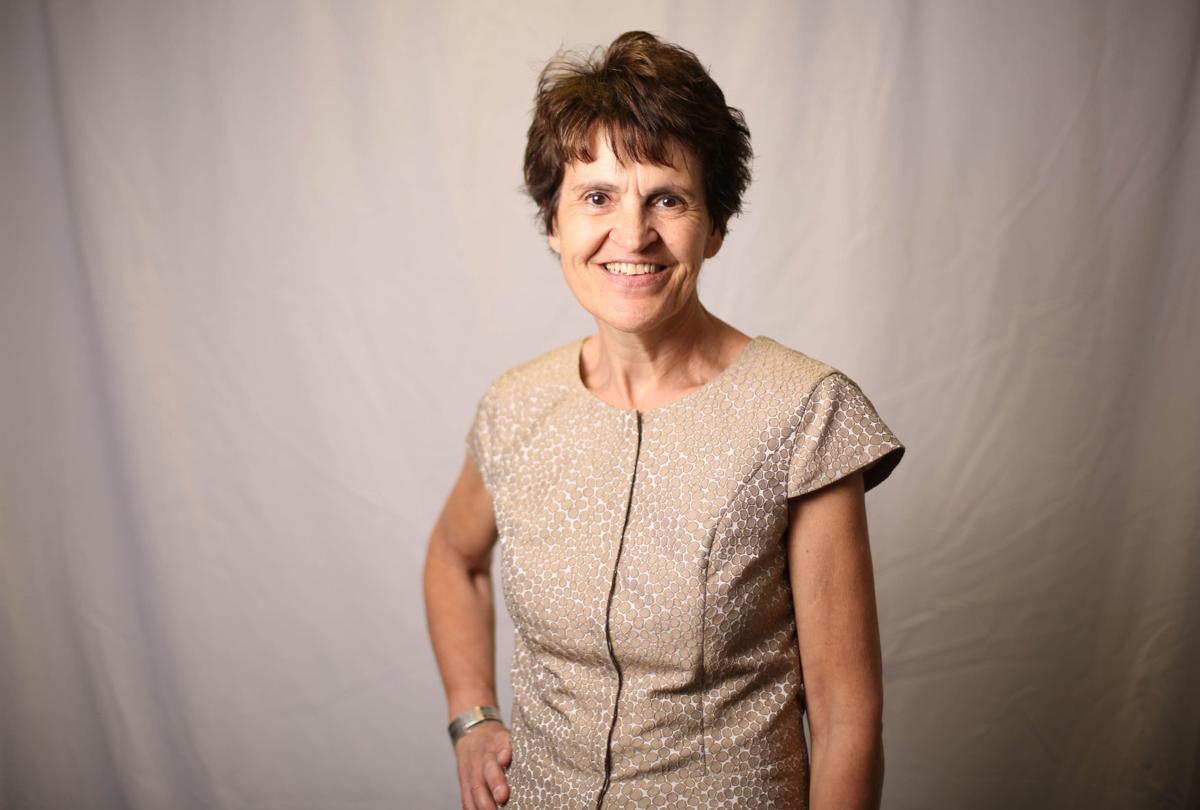