UW's president has promised change after a racist Zoom bombing. Students and faculty are waiting for action.
0 comments
Share this
{{featured_button_text}}
1 of 3 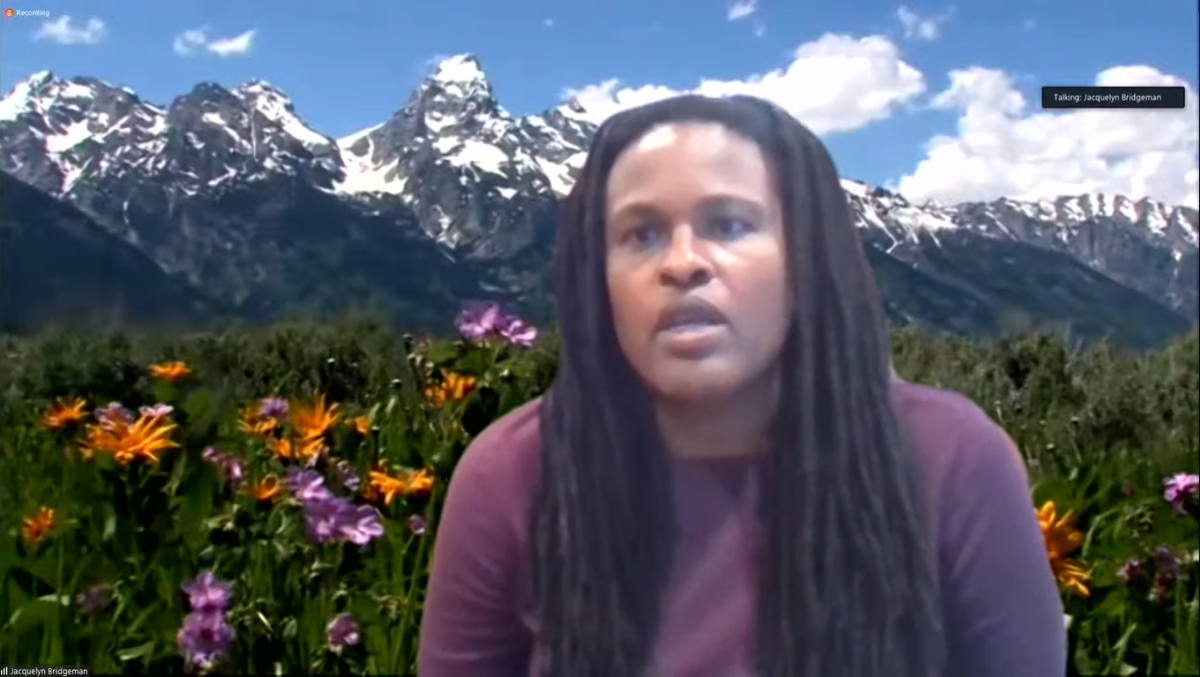 Jacquelyn Bridgeman, director of the University of Wyoming's School of Culture, Gender & Social Justice, speaks during a Zoom panel about the school's handling of a recent racist incident. 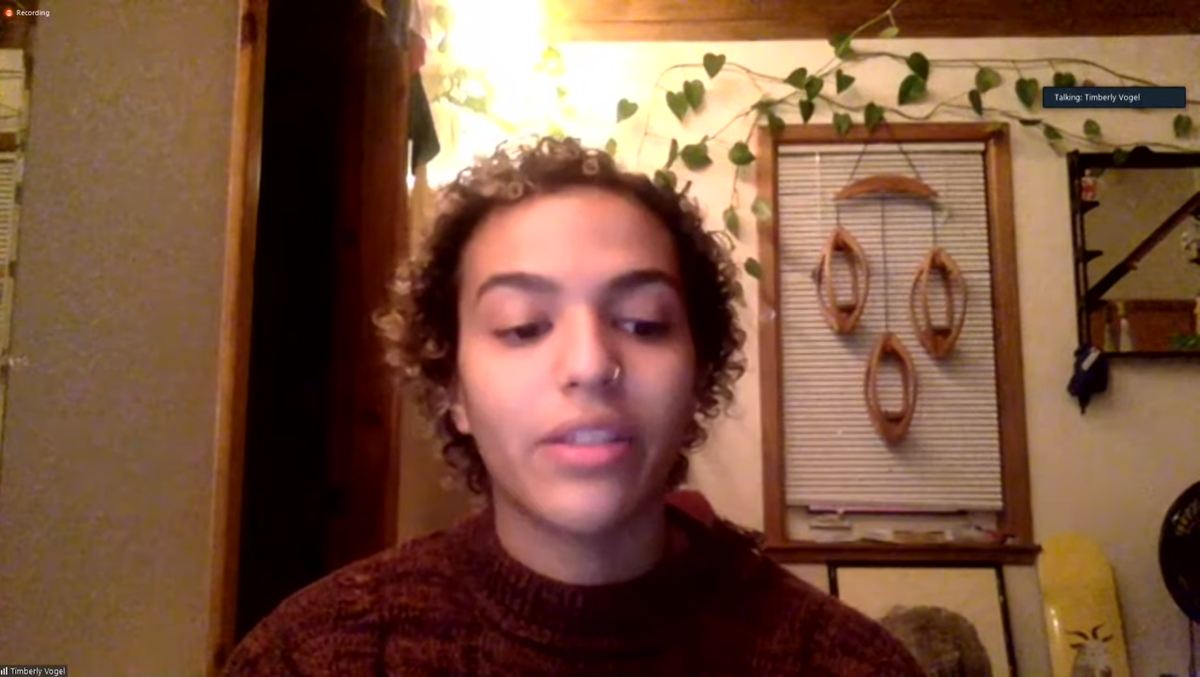 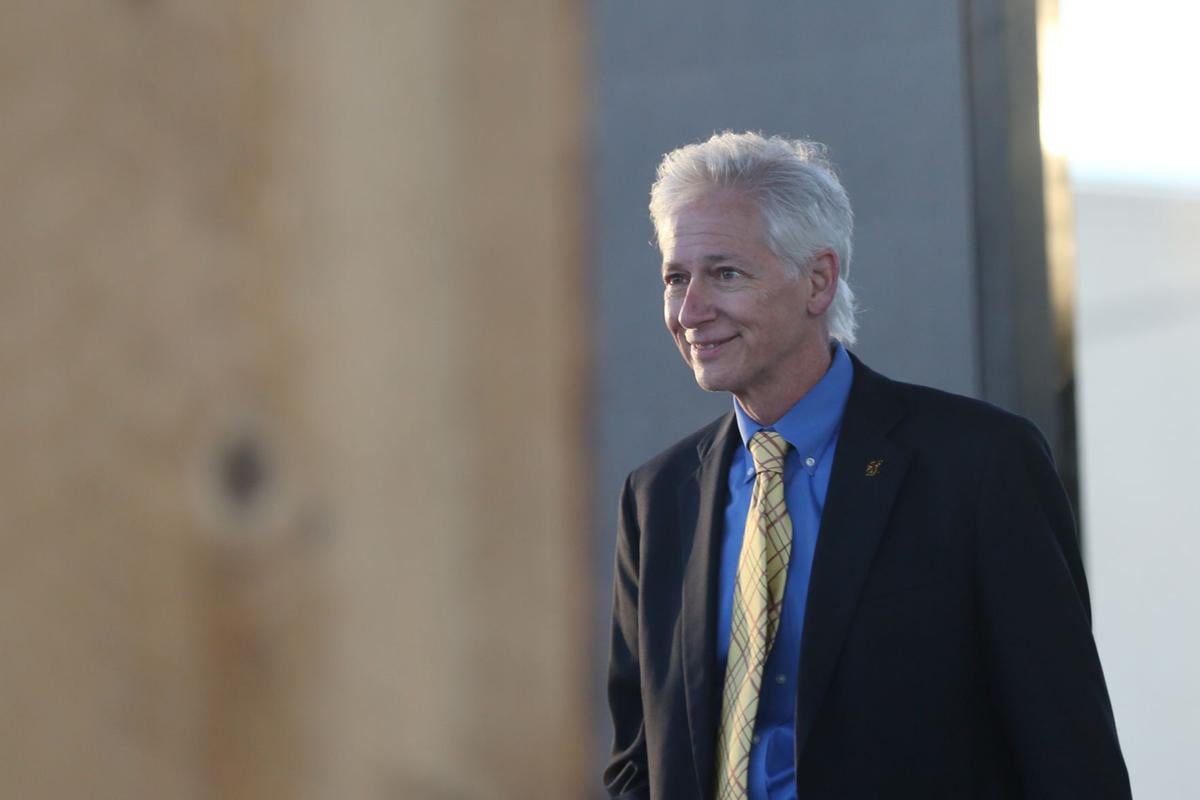 University of Wyoming president Ed Seidel waits for his turn to speak at the "World Needs More Cowboys" event at David Street Station in Sept. 30 in Casper.

Tulsa, Oklahoma’s Greenwood District was home to more Black millionaires per capita than anywhere else in the U.S. in the early 1900s. It was a neighborhood of concentrated, generational wealth for Black communities. And in 1921, it was bombed and burned to the ground by a mob of white Tulsans in an event known today as the Tulsa race massacre.

The University of Wyoming’s Black Studies Center held a panel Feb. 15 to discuss the legacy of that moment and reflect on the film “Before They Die,” which interviewed survivors of the Greenwood District’s destruction.

“It was really smooth sailing at the beginning,” Timberly Vogel, director of community engagement for the Black Studies Center and a UW graduate, remembered of the virtual event.

But then it turned to chaos.

About 30 minutes into the conversation, as Tulsa-based civil rights attorney Damario Solomon-Simmons was discussing the legacy the massacre left on his city, the panelists’ screens went black.

“My screen went black. I don’t know if you guys are still there, if you can still hear me,” Solomon-Simmons said before a pornographic image appeared on screen with two obscenities, including the N-word.

Solomon-Simmons resumed speaking about his home city and how it had been changed. But he was soon interrupted again, this time by a seemingly synthetic voice and then a pornographic video accompanied by a litany of racist epithets.

At the same time, the Zoom panel chat exploded with racist comments as Vogel worked to remove perpetrators from the call.

It took a breath before the panel continued, but it did go on. Still, Vogel said the remainder of the conversation was laced with tension. There was “an anxiety for what was going to happen next,” she said. For the remainder of the event, individuals with clearly fake names were trying to enter the call.

In the wake of what is being described by authorities as a “Zoom bombing,” many on campus said the university did not have the infrastructure to deal with racial abuse and violence, and that if an attack happened again, there would be no way to prevent it.

University leadership have since promised to enact systemic changes at the institution. Students and faculty say only time will tell if those promises are kept.

Two days after the Zoom panel, students and staff received a letter decrying the incident, signed by university leadership including President Ed Seidel, the board of trustees, vice presidents, deans and directors.

“The University of Wyoming unequivocally condemns this behavior,” the statement read. “The First Amendment may allow expression that is reprehensible, but we have a responsibility to answer it. Make no mistake, the words and images to which the Zoom discussion participants were subjected are unacceptable and absolutely contrary to the values of our university.”

But many affected by Monday’s attack said the message fell flat. They said the language was ambiguous and lacked direct accountability. The words “racist” and “racism” were absent from the message, and some felt the university was shirking responsibility by saying the attack was not from university students before the investigation had concluded.

“You have to call things racism. You just have to, or it’s going to get lost in translation,” Vogel said.

The attack was “painful,” Vogel said. “I still haven’t found the words to describe the pain.”

Reading the university’s initial statement reminded her just how difficult it can be to convey the validity of that pain to people who have not been attacked for their race.

“If you aren’t Black, you have no way of understanding what it’s like to have that word used against you,” she said.

Vogel was not the only person disappointed in the university’s reaction. Dixon also questioned why the statement avoided clear language calling the event racist. And university sophomore Jaida Cooper said the statement felt canned.

“It felt copy and pasted,” she said.

This past week, acknowledging that some felt the administration statement was not strong enough, Seidel participated in a virtual town hall with Dixon, Vogel and Jacquelyn Bridgeman, director of the university’s School of Culture, Gender & Social Justice.

The conversation served as a forum for those affected by the attack to speak about it. But more so, the event was a chance for students and faculty to ask the president what he intended to do about what many described as a culture of intolerance on campus.

“When something like this happens and it’s as horrific as it was, it serves as a call to arms and at least for a little while everyone wants to do something about it,” Bridgeman said during the town hall, which lasted 2 1/2 hours and garnered more than 150 viewers.

“While this one event was certainly horrific and public, I think part of the reason we’re having this conversation is this is not the only event of this type that happens at this university,” she continued. “This just happened to be a very public one.”

Over the next two and a half hours, the panelists took audience questions and posed their own to Seidel, who they all said had the most power to enact foundational changes at the university.

“I recognize it will take actions, not just meetings and words,” Seidel told viewers, adding that he was committed to making changes.

What exactly those changes could look like is unclear.

After 150 minutes, the panel had barely scratched the surface in answering the dozens of questions posed by viewers. Seidel has promised to hold another town hall. In the meantime, students and faculty say they are hopeful but it will take action for them to be convinced that promises will be kept.

Dixon and Vogel agreed that while they wait for university action, they will continue working to support Black students on campus. Cooper said she will continue organizing students around these issues.

The Black Studies Center has hosted events this month on topics ranging from vaccine hesitancy in Black communities to a criminal justice system that disproportionately imprisons Black Americans.

“Our role in this is to bring to light the history of African Americans in a place where it is extremely easy to not be concerned or care about that history,” Vogel said of the Black Studies Center.

“Our goal in the community is to fill a gap in an educational system that ignores and whitewashes Black history,” she continued.

But they cannot do the work alone. Vogel said the university needs to see value in the center for all students, not just Black students or other marginalized groups. And they need resources.

The town hall panelists all made that point. The work must be led by Black voices, but it cannot rest on those voices alone.

“I think this has been a great start to a long process,” Vogel said at the end of the town hall. She said to Seidel: “I urge you in setting up these meetings, consider who needs to be at the table.”

She referenced the board of trustees and others in positions of power at the university.

“I think it’s important to realize who needs to hear these things,” she said, “who needs to be forced to sit through these things and hear the hard questions and present the difficult answers if necessary.”

Facial recognition tech being tested for US flights

Facial recognition tech being tested for US flights

The Black 14 received an apology from UW during a dinner Friday in Laramie.

Many real estate contracts still contain discriminatory text barring people of color from owning or occupying houses. The Supreme Court ruled the covenants unenforceable in 1948, but the exclusionary language remains.

University of Wyoming plans to fully reopen for fall semester

It has yet to be decided whether the school will still have a face mask requirement in the fall, but officials expect "distancing, gathering and testing requirements (to) be eased."

Jacquelyn Bridgeman, director of the University of Wyoming's School of Culture, Gender & Social Justice, speaks during a Zoom panel about the school's handling of a recent racist incident.

University of Wyoming president Ed Seidel waits for his turn to speak at the "World Needs More Cowboys" event at David Street Station in Sept. 30 in Casper.