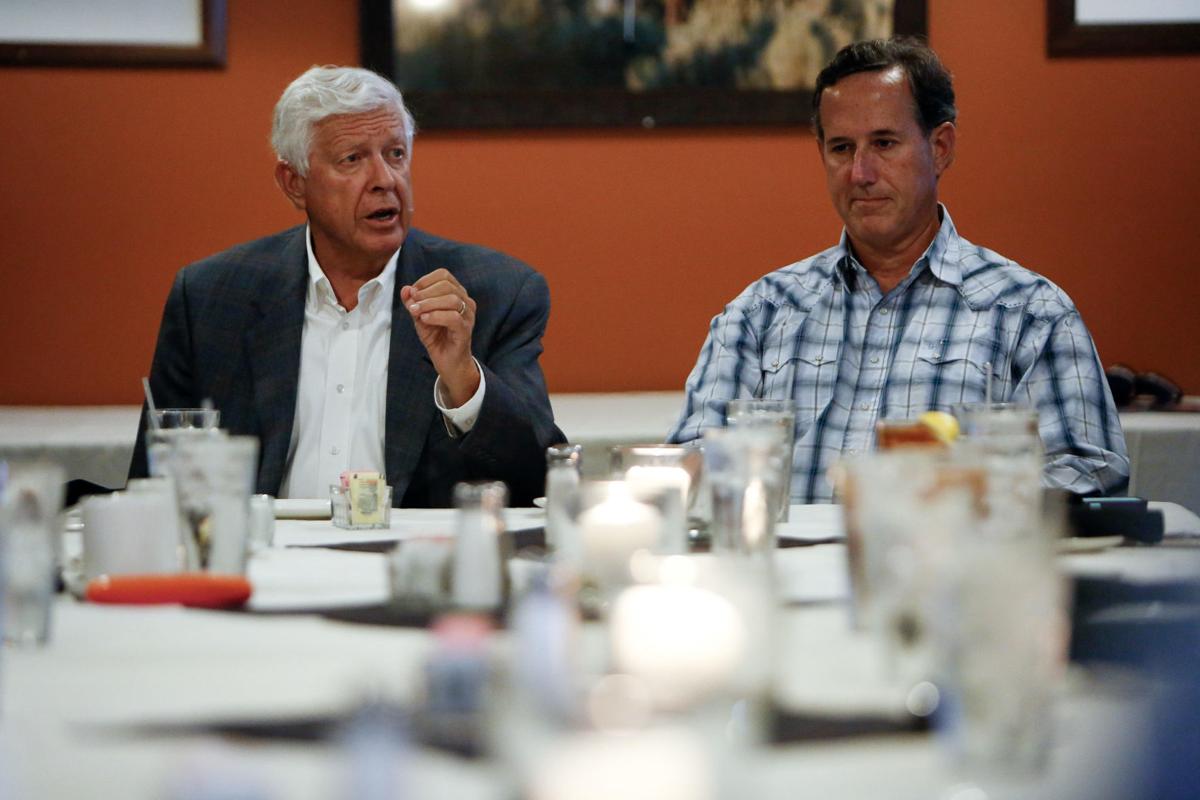 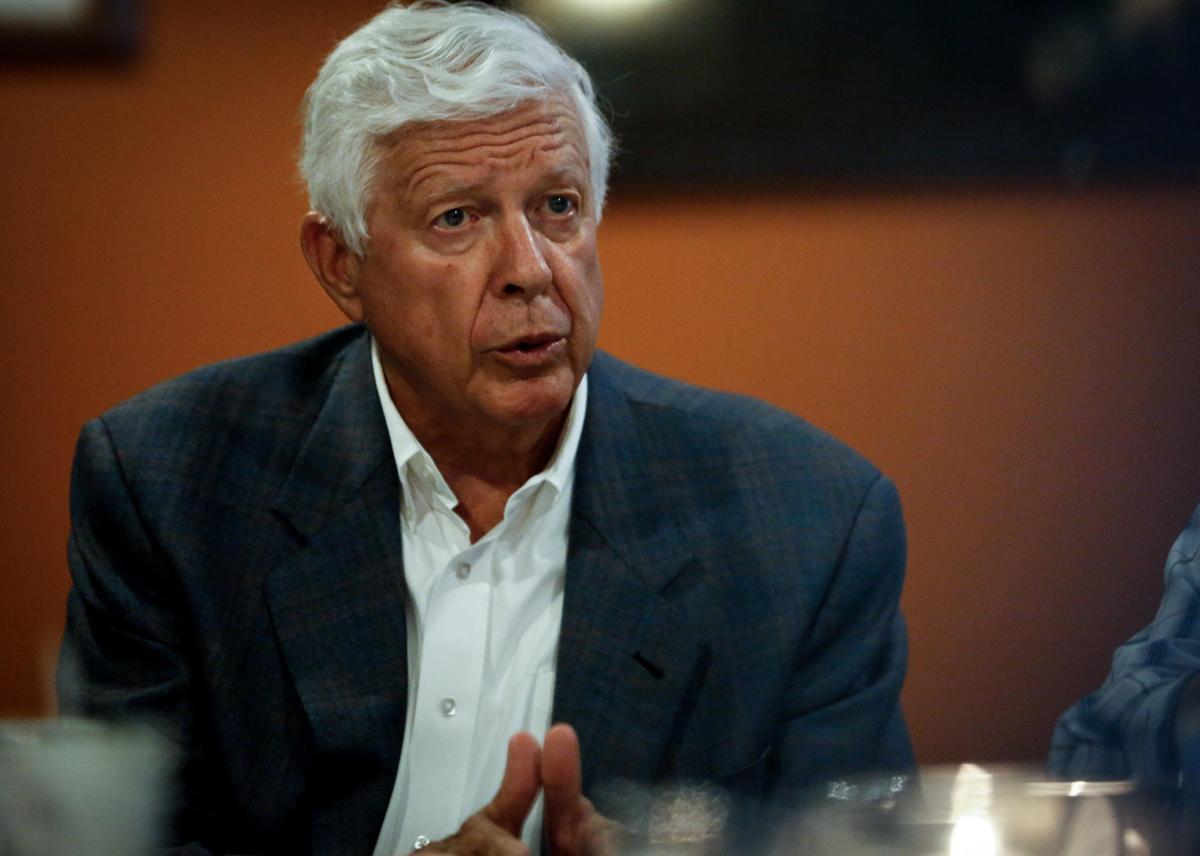 Gubernatorial candidate Foster Friess talks with constituents during a Thursday luncheon at FireRock Steakhouse in Casper. 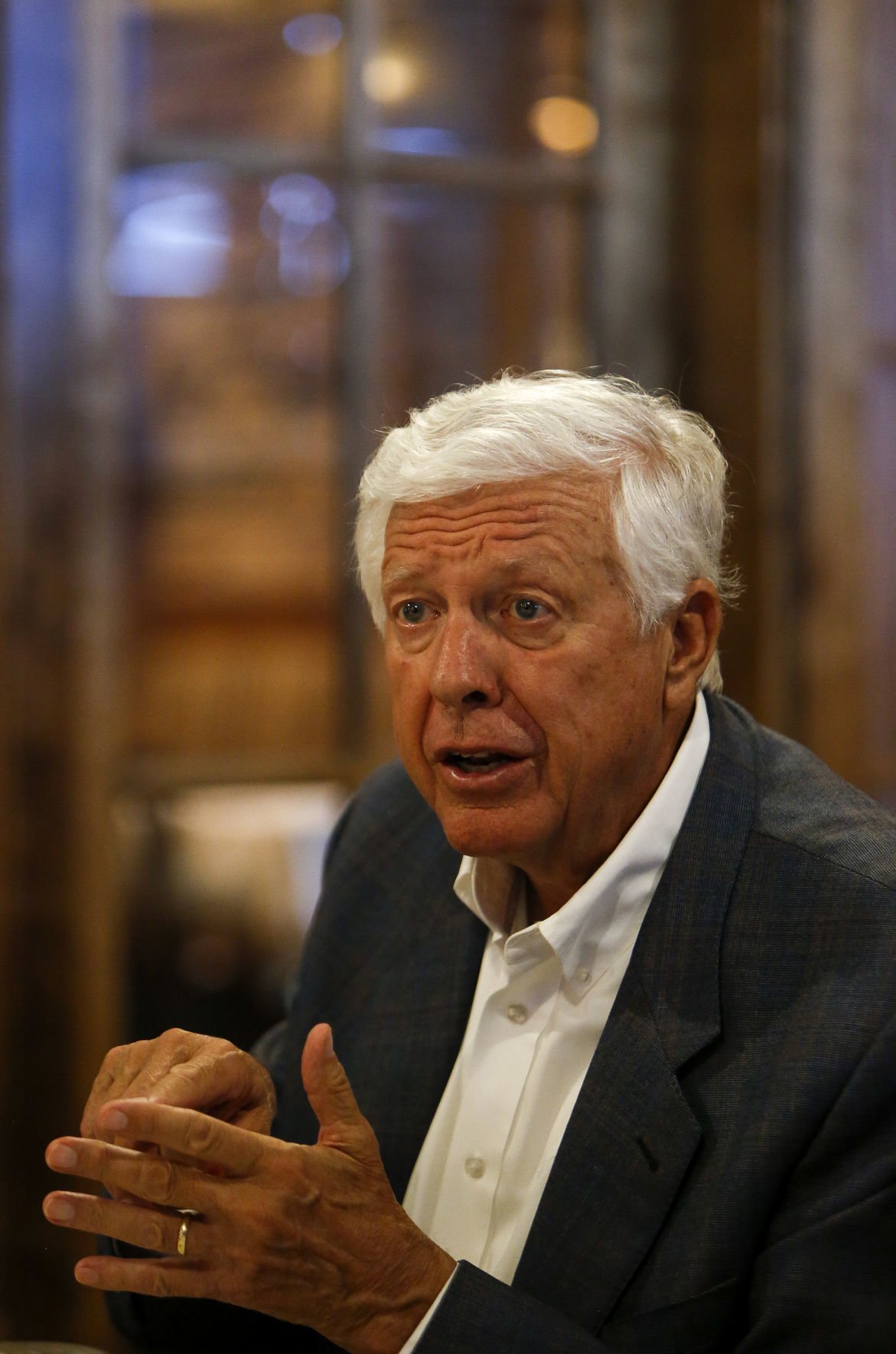 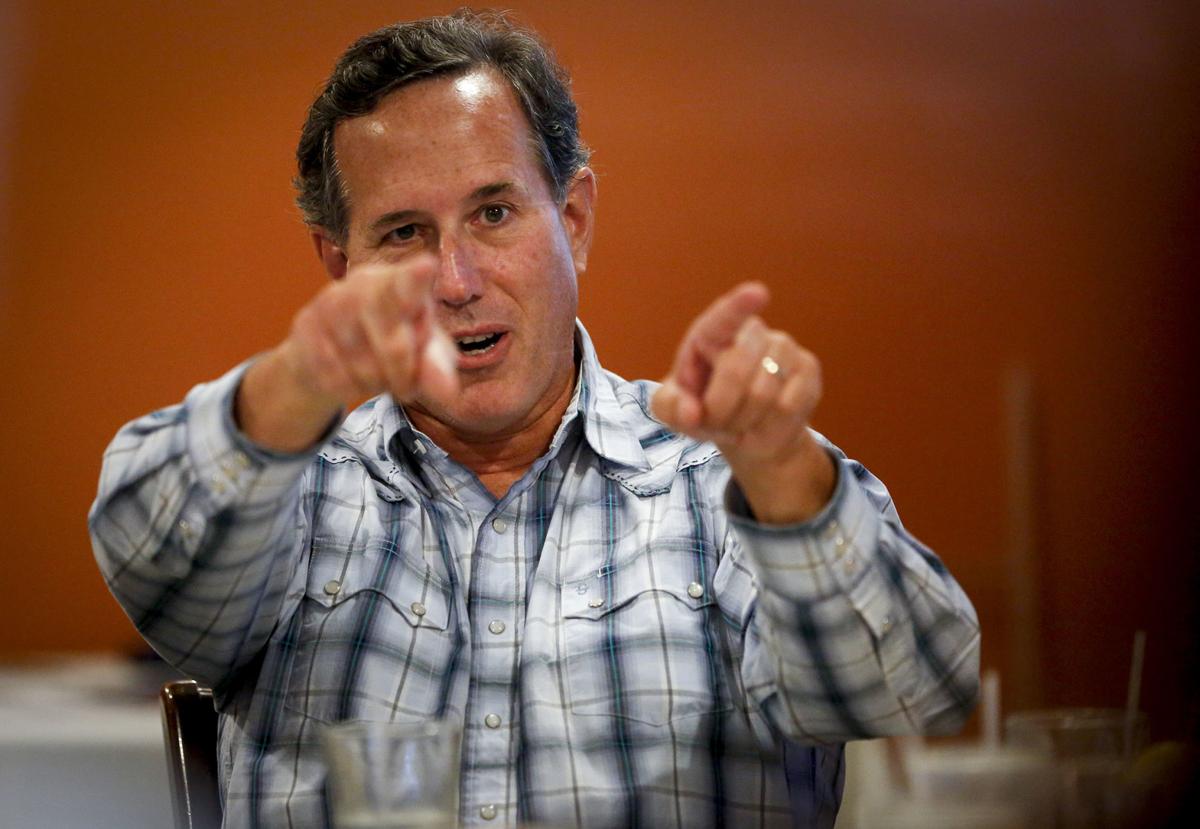 With former Sen. Rick Santorum by his side, Wyoming gubernatorial candidate Foster Friess blasted Obamacare at a campaign event in Casper on Thursday, at which he advocated for a return of high-risk pools as a way to lower costs for healthy Wyomingites.

For over an hour at Casper’s FireRock Steakhouse, Friess and Santorum took turns talking about national health policy and answering questions from a group of roughly 15 people, about half of whom were campaign staffers or relatives of the two men. Santorum frequently referenced his work nationally to repeal and replace the Affordable Care Act, otherwise known as Obamacare, and his support for health savings accounts.

Santorum represented Pennsylvania in the U.S. House and Senate from 1991 to 2006. He then ran for president in 2012 and 2016. Freiss financially supported him during both of those races.

On Thursday, Friess touched on his support for telemedicine as a way to bring care to more rural Wyomingites, a topic that many in rural health have proposed as a solution to the specialist shortage here. Friess also compared essential health benefits, things like prescription drugs that must be covered by insurance plans, to gold-plated bumpers on cars.

Essential health benefits — the golden bumper in Friess’ analogy — include things like doctor visits, maternity and newborn care, and emergency treatment. Before Obamacare, insurance companies could offer plans without these benefits, and many Americans had plans that didn’t cover mental health services or prescription drugs. As a result, the plans were cheaper. But unexpected accidents or needs would often cost those consumers thousands in out-of-pocket costs.

Still, eliminating the benefits is a common Republican refrain, as those features do make health plans pricier. Wyoming Sen. John Barrasso has repeatedly criticized the requirement.

“Obamacare is a mess,” Santorum said Thursday. He asked the room that if the ACA was so successful, then why were more Democrats warming to the idea of single-payer health care?

In describing his opposition to government health care, Friess compared former President Barack Obama to Vladimir Lenin, the Russian communist who led the 1917 revolution that overthrew the nation’s emperor, eventually leading to the creation of the Soviet Union.

“The Obamacare effort had nothing to do with health care,” Friess told the group. “It was using health care as a way of gaining power. (Vladimir) Lenin, in the Soviet Union, gained power by A, disabusing people of the notion of God. Two, taking away their guns, and three, giving them health care.”

Friess added that “if the left, in this country, can give us health care, they’ve got us. They basically have got us.”

Santorum said that Obamacare failed because it took sicker Americans — who are typically the most expensive for insurance companies — and “threw them in with the general population.” That, Santorum said, caused premium prices to jump.

While Obamacare premium prices have increased dramatically in the past year, insurance and health officials say that’s a result of uncertainty coming from Washington about the future of the Affordable Care Act. In the early years of the law, premiums were indeed rising, albeit at a much slower rate than they have recently.

Still, prices vary depending on where consumers live: A 2015 analysis by USA Today found that states with the least competition have the highest deductibles. Wyoming currently has one insurer — Blue Cross Blue Shield — offering coverage on its health exchanges, and the state has some of the priciest plans in the nation.

Friess said that Obamacare — and its individual mandate, which required Americans to possess health insurance or pay a penalty — relied on younger, healthier citizens buying coverage to balance out the influx of sicker customers, who previously often were unable to get insurance.

He proposed doing the opposite: Separate the healthy from the sick, who will be placed into high-risk pools.

“We’ll call them safety nets,” he explained. “We’ll take all the very, very sick people and move them into a separate category and then that pool will be subsidized by federal money, by state money, which then allows all the rest of us who aren’t suffering from an illness to have much reduced insurance premiums.”

High-risk pools were popular before Obamacare, when Americans with pre-existing conditions often couldn’t obtain health insurance. Indeed, Wyoming previously had such a program. But they were also often expensive for all involved: The patients in the pools paid higher premiums than their peers with private insurance, and the government paid $1 billion annually just to cover the losses sustained by the pool, according to the Kaiser Family Foundation.

Last year, a woman who was previously in the Wyoming high-risk pool told the Star-Tribune that her annual premiums topped $20,000 per year and that medications were so expensive she stopped taking some of her prescriptions.

Citing scheduling conflicts, Foster declined an interview after the meeting.

Gubernatorial candidate Foster Friess talks with constituents during a Thursday luncheon at FireRock Steakhouse in Casper.