Helen Bardo and her friends Ruth and Sam Thomas were passing an evening at the Thomases’ Lusk home in 1966 when Bardo became inspired.

Sam had been shot in World War II. Now confined to a wheelchair, he maintained an active woodworking shop and refused to let his disability hold him back. But sometimes it did, with insurmountable stairs, steps and barriers in public places.

“A chance remark by dear friend Ruth Thomas Manring, ‘If people only knew how one step looks to a person in a wheelchair,’ galvanized our organizing support for state legislation for barrier-free public building, curbs and sidewalks in Wyoming,” Bardo wrote many years later in a foreword to a book about her life’s work, written by her husband Dale Bardo.

Contemplating that single step, Bardo took her own first step toward dismantling physical barriers in Wyoming.

Knowing this task was too great for one woman, Bardo motivated the Lusk Women’s Club members to action. Taking on the cause, they petitioned state agencies, lobbied senators and representatives, and sent letters soliciting widespread support from women’s clubs across the state. Legislation proposed in 1967 failed to pass both legislative chambers. Still, the women ground their heels, encouraging the Wyoming Federation of Women’s Clubs to adopt the cause. And in 1969, the effort marked its first serious milestone in the Equality State when Gov. Stan Hathaway signed a law banning new architectural barriers. Wyoming was one of the first states to place such rules on its books.

Spurred on by her early success, Bardo began a career serving on key state councils devoted to disability issues, and traveled extensively to raise awareness of barriers. By 1973 she’d initiated an effort to remodel the state capitol in Cheyenne for safer access for people with disabilities. And in 1975, the Wyoming Federation of Women’s Clubs successfully lobbied for legislation making curbs along public streets accessible.

After Congress passed the federal Americans with Disabilities Act in 1990, Bardo received letters from influential people, such as Sen. Alan Simpson, commending her perseverance and tireless passion.

Her son, Richard Bardo, recalled his mother lying in a hospital bed in Cheyenne surrounded by piles of papers, one hand with the phone to her ear, putting change in motion even when she had to remain still. Bardo suffered from a condition that impaired her balance, eventually making her as susceptible to the physical barriers she fought to remove as someone in a wheelchair.

Amy and Joe Andrews, close friends of the family, also recalled Bardo’s single-minded determination to see a project through, once she’d pinpointed a need to be filled.

“That was the way Helen was,” Joe said. “If she got an idea that something needed to be done, why, she just focused in on it and was able to motivate other people to her cause. She never turned loose until the objectives she could see out there were accomplished. She was a real leader.”

The driven, passionate woman did more than remove physical barriers for people with disabilities, however. She tore down an initial barrier in her ability to see past physical differences and relate to people directly, as individuals.

Editor’s note: As part of our ongoing Breaking Through series, we’ll be occasionally sharing past profiles of women who made important contributions to Wyoming’s history. This story originally published in 2007 as part of our “Made in Wyoming” project. 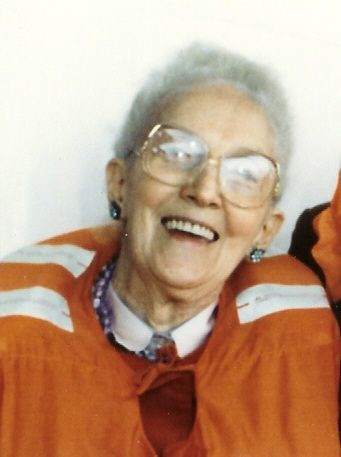 Helen Bardo worked to break down barriers for people in Wyoming with disabilities.