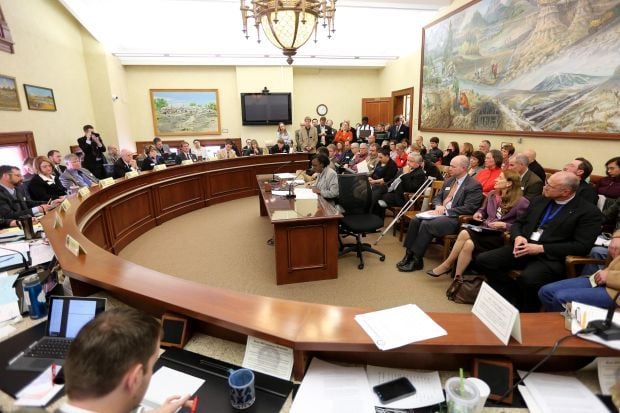 A House Labor, Health and Social Services Committee meeting to debate a sexual orientation non-discrimination bill attracts a standing room only crowd on Friday afternoon at the Wyoming State Capital in Cheyenne. 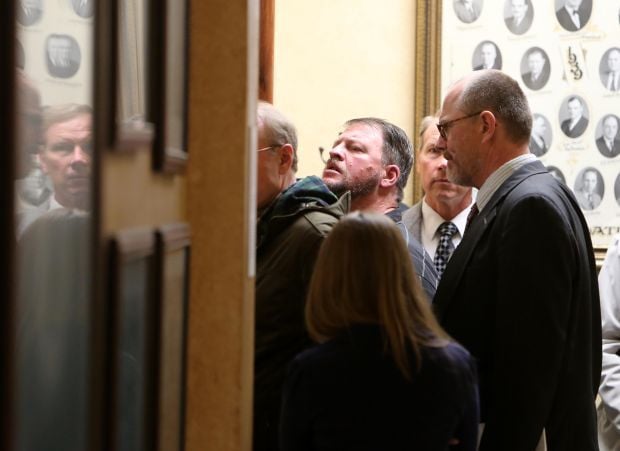 An overflow crowd gathered outside the doors to listen to testimony as the House Labor, Health and Social Services Committee debated a sexual orientation non-discrimination bill on Friday afternoon at the Wyoming State Capital in Cheyenne.

CHEYENNE -- A House of Representatives committee passed a bill that would protect gay and transgender people from discrimination in Wyoming, but not before ejecting a representative from the meeting.

Senate File 115 would add “sexual orientation or gender identity” to existing laws that protect people from discrimination based on race, religion, age and other protected classes. The bill had previously passed the Senate and now moves to the House floor for debate.

Rep. Harlan Edmonds, R-Cheyenne, was kicked out of the House Labor, Health and Social Services meeting Friday, after proposing an amendment to the bill that would make it effective when “hell freezes over,” instead of the date of July 1.

Committee Chairwoman Rep. Elaine Harvey, R-Lovell, had started the Friday afternoon meeting insisting people would remain civil. She told Edmonds to leave after his comment, which followed a more than two-hour discussion in which he also asked the bill’s supporters why pedophilia wasn’t in the bill.

Senate File 115 passed with six representatives in favor and two in opposition.

As he was leaving the committee room, Edmonds tried to register a vote, but Harvey interjected and said his vote wouldn't count.

Edmonds’ ejection was the talk of the Legislature for the rest of Friday. Many longtime observers said that while some members of the public have been tossed from committees, this was the first time they'd seen a lawmaker removed from a meeting.

Before Edmonds' ejection, the committee amended parts of the bill that would exempt religious organizations from following its employment provisions.

To assuage people’s fears, former Wyoming Attorney General Pat Crank also suggested an amendment – a version of which the committee adopted – that stated SF115 cannot be used as a defense if someone’s caught misbehaving in a bathroom.

"They’re in our public restrooms today,” he said about transgender people. “The fear is just that. It’s crazy.”

Representatives from the Catholic Diocese of Cheyenne and the Wyoming Pastor’s Network testified the bill did not offer a broad enough religious exemption.

“It is the freedom for participants and parishioners of our churches to practice their faith according to their conscience,” Moyer said.

There was a lot of bathroom talk, with ministers from throughout the state questioning whether school children would have to share bathrooms with transgender children or if separate bathrooms would be necessary.

Former Cheyenne lawmaker Lynn Hutchings said she loves gay people but the bill is detrimental to all Wyomingites. She doesn’t want to compartmentalize her religion.

Bill supporter Sen. Drew Perkins, R-Casper, is a member of The Church of Jesus Christ of Latter Day Saints. Perkins amended the bill several times in the Senate to fine-tune the religious exemptions. He said his church supports non-discrimination laws, as long as they protect religious organizations, and he modeled his amendments on a Salt Lake City ordinance.

For instance, one Perkins amendment offers a definition of sexual orientation as being heterosexual, homosexual or bisexual.

“This puts us all in that protective class,” he said.

A letter written by Bishop John Smylie of the Episcopal Diocese of Wyoming was read in support of the bill, emphasizing Christian teachings of love and dignity.

Gay Wyomingintes and their parents testified that without the law, they cannot live in the state and feel safe from being fired.

Dave Teubner, CEO of Warehouse Twenty One in Cheyenne, said his clients expect the best work from his advertising firm. Potential employees want to live in states with the best workplace laws.

“We have to remain competitive at a global level, not just a regional level, in recruiting and hiring top employees," he said.

A House Labor, Health and Social Services Committee meeting to debate a sexual orientation non-discrimination bill attracts a standing room only crowd on Friday afternoon at the Wyoming State Capital in Cheyenne.

An overflow crowd gathered outside the doors to listen to testimony as the House Labor, Health and Social Services Committee debated a sexual orientation non-discrimination bill on Friday afternoon at the Wyoming State Capital in Cheyenne. 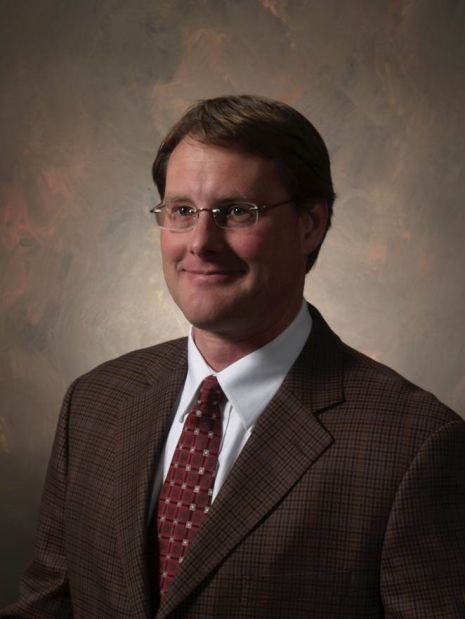