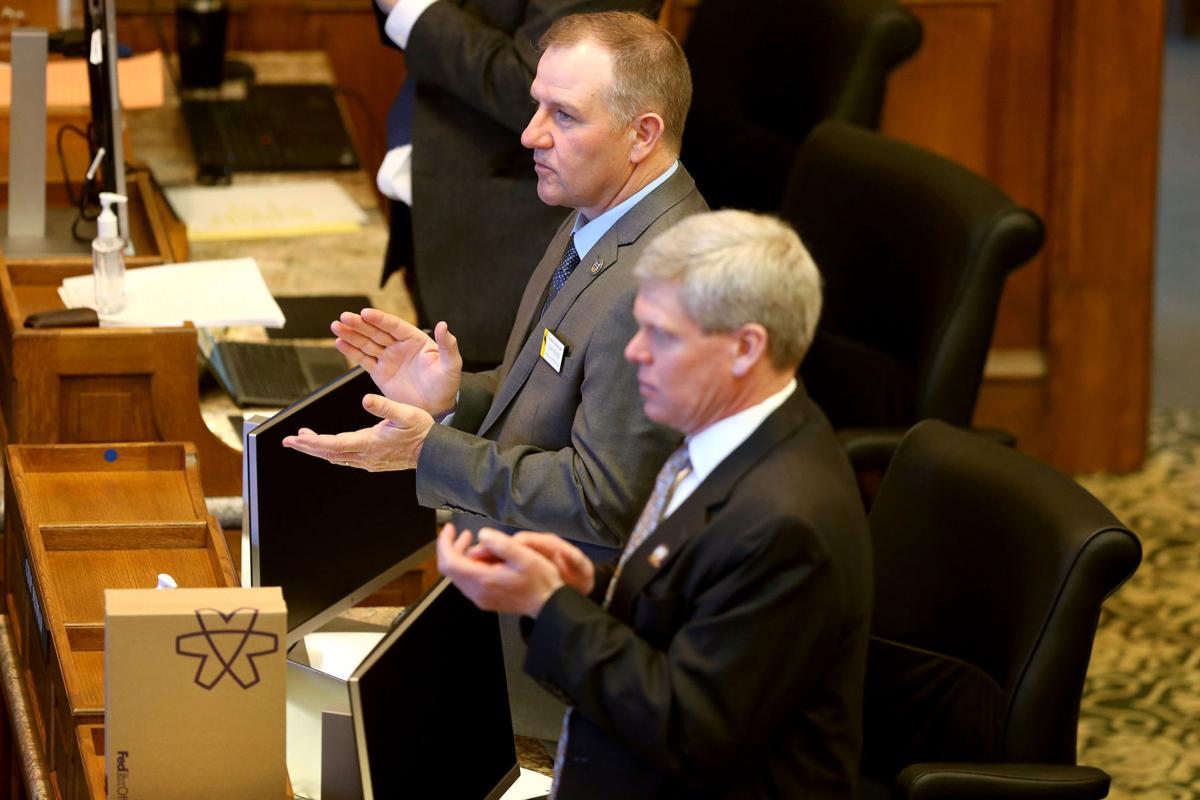 Rep. Chip Neiman, R-Hulett, stands and applauds during the first day of the 66th Wyoming Legislature on March 1 inside the state Capitol. Neiman's request that lawmakers pledge to support election reform legislation prompted some backlash from them. 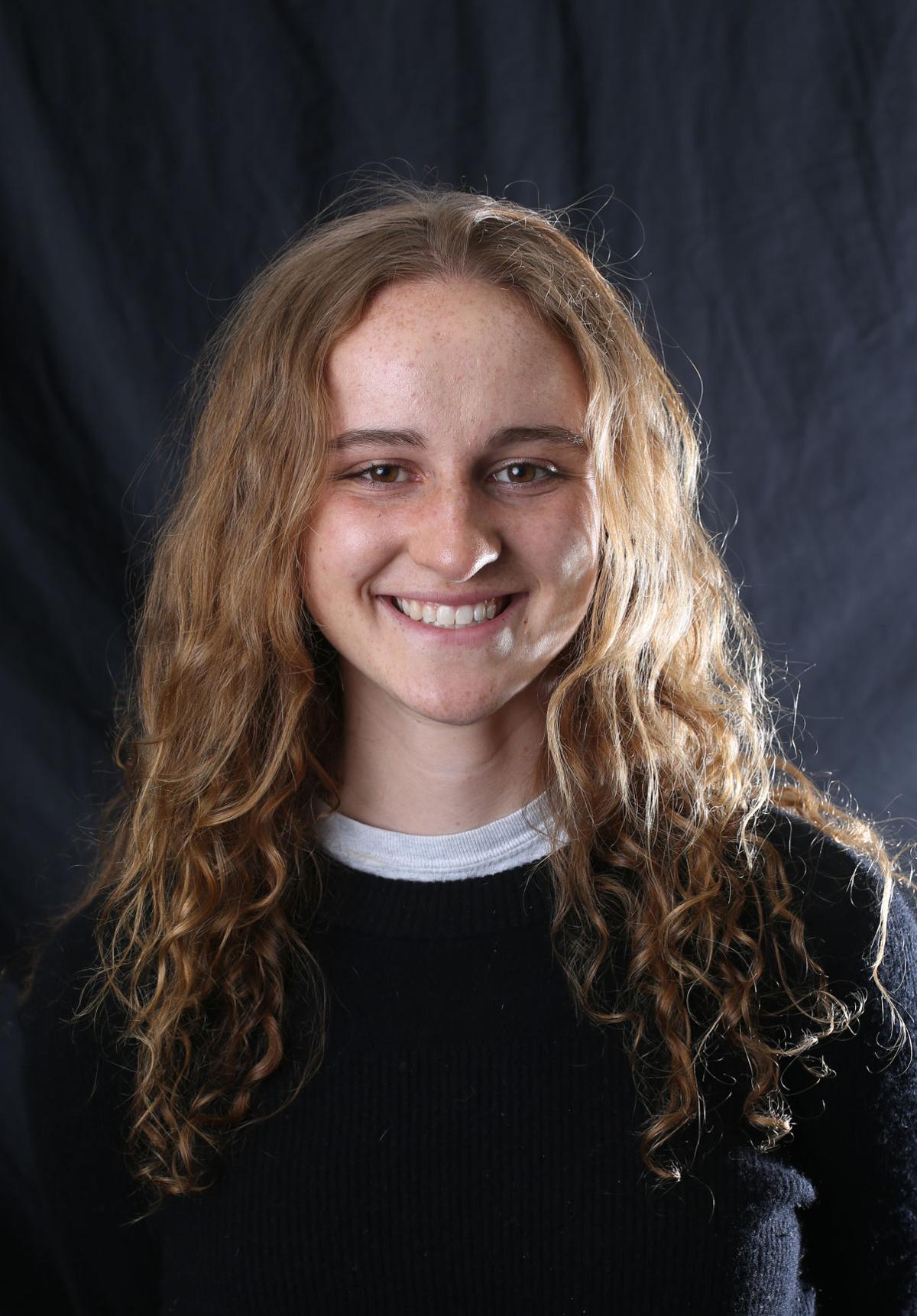 On Monday, freshman Rep. Chip Neiman, R-Hulett, sat before a Wyoming legislative committee made up entirely of senior lawmakers. They asked a few questions, but the exercise served mostly as a lecture.

A few days before the meeting, Neiman pushed his fellow lawmakers to pledge to support some election reform legislation because, he wrote, “Wyoming has struggled with primary election integrity due to the fact that we have basically become a one party State.”

The pledge didn’t sit well with many of his colleagues.

Sitting before the committee, Neiman said he was “on a fact-finding mission.” He was there, he explained, because his constituents are adamant that they want some sort of primary election changes, particularly in the form of a bill that would create a runoff election if no one candidate achieved a majority of the vote.

Neiman did not mention the pledge at first, but it was clearly the elephant in the room. Sen. Ogden Driskill, R-Devils Tower, and co-chair of the committee immediately brought it up once Neiman finished his initial remarks.

“Absolutely very much appreciate your comments, and I think they very much reflect the local thoughts of our people and statewide,” Driskill said. “I appreciate it. With that being said, are you willing to rescind your pledge that you tried to get us all to sign off on?”

“I probably shouldn’t be doing this right here, it ought to be a different setting — you are one of us, OK?,” the senior lawmaker later added. “You’re not an outside group, you’re not part of a different group, you are a representative. You’re part of a group, and that is not by forcing people to do pledges; that’s what outside groups do.”

Each time one lawmaker got done speaking, another’s hand shot up.

“That was not a pledge to try to put some kind of a litmus test on anybody,” Neiman said. “Nobody cared if you did or didn’t (sign it). It was entirely your decision.”

This prompted Sen. Cale Case, R-Lander, to speak next, saying the pledge was in fact a litmus test. Case instructed Neiman to go back and to try to fix his mistakes.

“I’d like you to reach back out to the political party apparatus and say, you know, ‘This is just a little bit more complicated than I thought it was and there are constitutional issues,’” Case said.

Rep. Shelly Duncan. R-Lingle, started to get emotional when she spoke about the pledge. She pointed out that her hands were shaking when recalling being pressured to sign the pledge.

Neiman stuck to his argument that he was just there on behalf of his constituents and therefore just doing his duty as a representative.

“If there’s somebody up in your face, and they’re that upset or ... worried or concerned about an issue, there’s a reason,” he said.

Rep. Tara Nethercott, R-Cheyenne, spoke up for the first time all morning.

“All of us legislators represent all of the people of Wyoming,” she said. “All of them, not just those that elected us, but all of them.”

Multiple committee members expressed concern that by sending the pledge around, Neiman had backed his fellow lawmakers into a corner. They could sign it and appease their constituents now — and then potentially have to go back on their pledge if they don’t agree with the final draft. Or they don’t sign it and (make) the RINO.com list,” as Crook County Clerk Linda Fritz, who also testified, put it.

The meeting served as a demonstration of senior lawmakers publicly exerting their power as veterans and expressing not just to Neiman, but other freshman lawmakers, that Neiman had gone too far. It’s worth noting that many of those lawmakers take a more pragmatic approach to their work than some of the newer legislators.

“I think you made like a freshman error to call everybody out on this and cause dissension when there’s not enough information on the table,” Case said.

Neiman did strike a conciliatory tone to his new colleagues.

“Yeah, I’ve made some freshman errors, I guess,” he said.

One bill would create a ranked-choice system for statewide elections in Wyoming. The other would institute an open primary.

Rep. Chip Neiman, R-Hulett, stands and applauds during the first day of the 66th Wyoming Legislature on March 1 inside the state Capitol. Neiman's request that lawmakers pledge to support election reform legislation prompted some backlash from them.