The 2020 census is approaching. Here's why it matters and the challenges that surround it.
View Comments
Share this 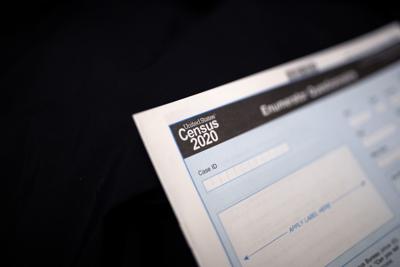 Every 10 years the federal government takes on the massive task of trying to count every person living in the U.S. Everyone is supposed to be counted, regardless of citizenship or immigration status.

The count, now only days away, is important for a variety of reasons. It’s mandated by the U.S. Constitution, for one. But accurate data can also serve as a valuable economic indicator. It can help communities plan for development and is used to divvy up billions in federal money.

If a community is undercounted, it may not receive the money necessary to serve its entire population. Or it could be using inaccurate data to plan for a new grocery store, for example.

And undercounts aren’t uncommon. How diffuse a community is, who has internet access, whether residents rent or own their living quarters, or what language a person speaks all affect the quality of data collected during the decennial census.

Possessing accurate population data is vital for a state, according to Wyoming’s state demographer, Wenlin Liu.

Population in and of itself is an economic indicator, especially in Wyoming, where the economy is inextricably tied to a boom-and-bust labor market.

Wyoming could face some drastic population challenges in coming years, with a growing senior population creating a stronger demand for senior housing, nursing assistants and other costly resources.

Knowing what the population will look like in 10, 20, 30 years is crucial for planning for those needs, Liu said.

But population data isn’t just crucial at the state level. Liu said the data is the foundation for local planning too.

And population isn’t just a gauge for the economy or a mechanism for business planning. It also directly affects how much money the state receives from the federal government and how much municipalities receive from the state.

Wyoming receives nearly $1 billion in population-dependent federal dollars every year, for programs like Medicaid, Section 8 Housing Vouchers, food programs like SNAP and WIC, and a litany of others.

That distribution is based on decennial census counts. So the population-dependent money the city of Casper currently receives from the state, for example, is based on 2010 numbers, not 2019 numbers.

Jim Gill, mayor of Worland, is all too aware of this. His city stands to experience an 8 percent drop in population from 2010 to 2020, based on population estimates.

In 2010, just under 5,500 people lived in Worland. But the town has lost about 500 people over the last decade and may drop below the 5,000 person threshold necessary to qualify for certain state money.

Gill said he’s worried about what the change will mean for the city’s ability to pay for street repairs and necessary projects.

“It does have consequences to the city,” he said.

Gill said in Worland’s case, they’re hoping for the best. The city hasn’t allocated money for census promotion yet, but he plans on running paid advertisements at some point to ensure the city gets the highest count possible.

It’s not bad news across the state. The state’s overall population is expected to increase by 3 percent, though Liu said the state’s growth is slowing and ultimately stagnant year to year.

Some communities are expected to experience significant population gains. The town of Bar Nunn has gained an estimated 455 people since 2010, a 21 percent increase.

Based on Liu’s estimations, that could net the town an additional $236,000 every year just from sales tax.

Knowing an area’s population is important. But it’s not an easy task.

Wyoming has not always had stellar participation rates in the census. In 2010, 69 percent of the state mailed back the questionnaire. Only eight states had worse mail return rates that year.

Increasing participation has been a state goal. Gov. Mark Gordon signed a proclamation in June recognizing the 2020 census as “a top priority for all departments and appointed officials.”

But the state hasn’t allocated any money to promote the count, unlike 25 other states.

Important dates for the 2020 census

Households will begin receiving invitations from the Census Bureau to complete the online questionnaire. Households are also able to respond to the survey by phone or by mail.

The Census Bureau's questionnaire will ask households where they were living on April 1. By now, every home will have received an invitation to participate in the census.

Enumerators, or people paid by the Census Bureau to go door to door conducting the 2020 survey, will begin visiting households in person that have yet to respond to the survey.

This is the last day for households to self-respond online, by phone or by mail.

Apportionment counts determined by the population data are delivered to the president and Congress, as required by law.

Population data is delivered to the states for redistricting purposes.

And the process of counting everybody in a state as rural and diffuse as Wyoming is difficult.

Only two counties in Wyoming have been designated as “hard to count” by the U.S. Census Bureau: Sublette and Sweetwater counties. That doesn’t mean those are the only difficult-to-count areas of the state, however.

Hard to count is a term the Census Bureau uses for communities that have traditionally been undercounted. Those populations include renters, children under 5 years old, Native Americans living on reservations, and black and Hispanic people, primarily.

In 2010, 30 percent of housing units across Wyoming were filled by renters, and more than 6 percent of the state’s population were children under 5.

Wyoming’s racial makeup is still mostly white, but more and more racial and ethnic minorities are moving to the state. In fact, a Wyoming Community Foundation report published in 2018 showed that the state’s Hispanic population has grown by 84 percent since 2000. Asian, African American and Pacific Islander communities have increased more than 100 percent. During the last census, 19,000 American Indians counted themselves in Wyoming.

Patricia Kramer, who works in Gordon’s office and is the point person for the census, said in a January interview the state is paying closer attention to populations that have gone undercounted in the past, like in Sweetwater County where an estimated 16 percent of the county is Hispanic.

Kramer said volunteers throughout the state have been working with the Census Bureau, faith organizations, nonprofits and municipalities to ensure traditionally hard to count populations know how to fill out the survey this year.

For the first time ever, the Census Bureau is using the internet to collect survey responses. Both the bureau and Kramer hope this will result in a more accessible survey format and ultimately lead to a more accurate count.

Still, the new method has created some anxiety among those who worry about a digital divide that predominantly affects rural and low-income communities. An estimated 32,000 people in Wyoming don’t have a home internet connection, according to American Community Survey data. And depending on whose data you look to, between 20 and 40 million Americans across the U.S. are in the same boat.

Census Bureau spokespeople have been working to assuage this concern. If a household is unable to respond to the survey online, it can still complete the survey by phone or mail.

The bureau also has an alternative process for areas where the majority of housing units either do not have mail delivered to the housing unit’s physical location, or the mail delivery information for the housing unit can’t be verified by the Census Bureau, according to spokesperson Jennifer Hillman. That process is called “update/leave.”

“If someone is in update/leave, they will get a packet hand-delivered to their door that has an invitation to complete the survey online, which also has the number to call in by phone AND they will get a paper form if they don’t want to or are unable to complete it online.” Hillman said via email.

The update/leave process isn’t specifically meant for areas with low broadband connectivity. But because it’s used in many rural areas, it partially addresses the broadband concern as well.

Questions on the 2020 census questionnaire

1. How many people were living or staying in this house, apartment, or mobile home on April 1, 2020?

2. Were there any additional people staying here on April 1, 2020, that you did not include in Question 1?

4. What is your telephone number?

8. Is Person 1 of Hispanic, Latino, or Spanish origin?

11. Does this person usually live or stay somewhere else?

If there are multiple people staying in a household, whoever is filling out the survey must answer the questions for every person living in the household.

And in some areas the Census Bureau has boosted hourly pay to help with recruitment.

Those jobs will need to fill up quickly. Thursday, households should begin receiving mailed invitations (unless they’re in an update/leave household) to complete the online 2020 census questionnaire.

Households have until July 31 to complete the survey.

As 2020 census efforts ramp up, experts warn of potential scams

Census Bureau representatives say the national outreach effort is a prime opportunity for scammers to take advantage of folks just trying to do their civic duty. Here’s what to look out for as 2020 census efforts ramp up this spring.

Looking ahead: Get ready to hear a lot about the 2020 census

The 2020 census data will be used for the next 10 years to determine everything from congressional representation to school funding.

Casper continues to annex land ahead of census

Casper is hoping to bolster its population before the 2020 census, and it’s looking to annex a handful of properties to accomplish that goal.

Casper Notebook: Casper just opened its 2020 Census office. Here's what you should know.

You want to be counted in the 2020 Census. That's the message local, state and federal officials are trying to get out.

The 2020 census count begins for most of the US today. We answered a few lingering questions.

Households should begin receiving invitations by mail to complete the census online as early as today, with mailings staggered until March 20. 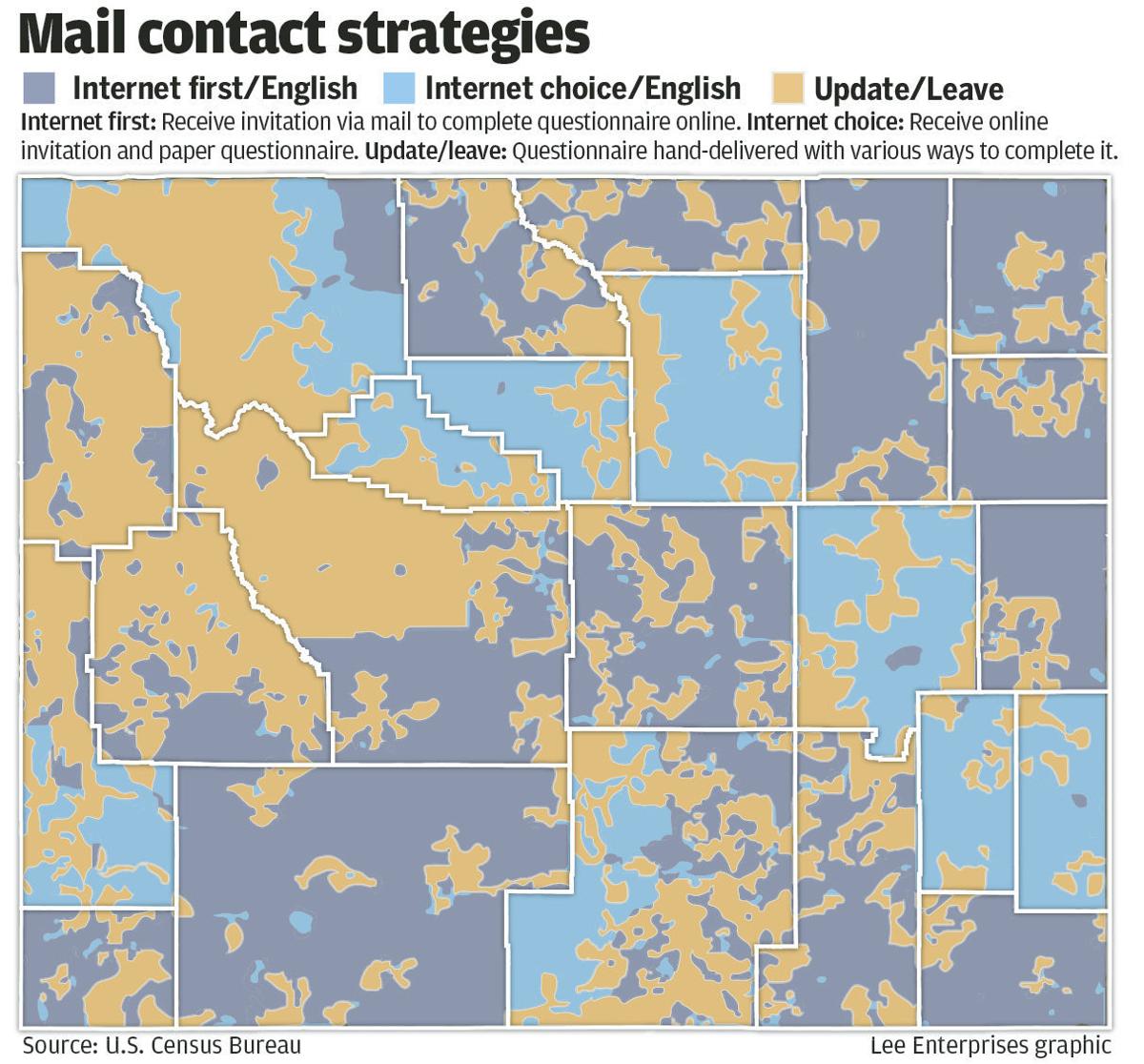