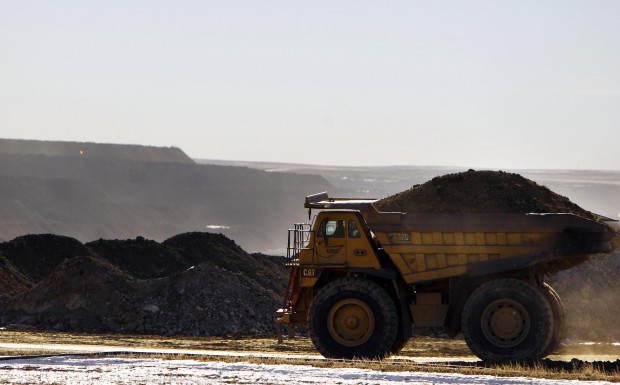 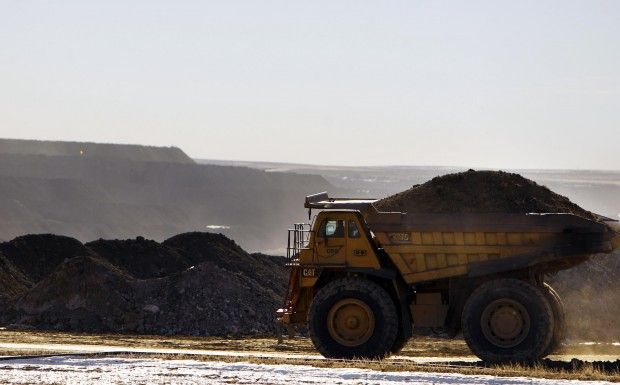 A coal hauler navigates Arch Coal’s Black Thunder Mine on Jan. 17, 2013, near Wright. The company announced Thursday it will cut its workforce by 15 percent.

Gov. Matt Mead says he will resist a federal government move to withhold more than $53 million, or 5 percent, of the state’s share of federal mineral royalties because of automatic federal budget cuts that started this month.

Mead asked Wyoming Attorney General Greg Phillips for advice on what he can do to block the Interior Department’s action. He also contacted Wyoming’s congressional delegation and neighboring states affected by the cut.

Wyoming, the nation’s leading coal-producing state, had been scheduled to receive $995 million in federal mineral royalties during the 2013 federal fiscal year that ends Sept. 30.

The money goes mainly to K-12 schools, the Budget Reserve Account and school capital construction. Lesser amounts are distributed to the University of Wyoming, the highway fund, county roads, cities and towns and community colleges.

The money is the state’s share of the mineral severance tax producers pay for production on federal leases in Wyoming. According to a Legislative Service Office report, Congress cut Wyoming’s share from 50 percent to 48 percent beginning with the 2008 fiscal year.

State Treasurer Mark Gordon received notice of the $53 million cut on Monday afternoon in a letter from Gregory J. Gould, director of the Office of Natural Resources Revenue.

According to a media release issued by the governor’s office on Tuesday, the monthly amount withheld will be $10,616,442 beginning this month and ending in July. There is a possibility of more withholding in August and September, according to the release.

Mead said the lack of adequate notice for an action set to begin immediately is “not acceptable.”

The order cut budget authority for the 2013 federal fiscal year by about $85 billion for all federal accounts.

Gordon said he was in Washington, D.C., last week for a three-day meeting of the National Association of State Treasurers. He said there were budget briefings from the budget directors and the White House’s chief of staff.

“And not a peep,” he said, adding that he was shocked to receive the letter Monday.

He said the Department of the Interior is issuing individual letters to all states.

Gordon said the Colorado treasurer’s office was notified of cuts in the Payment In Lieu of Taxes program. The program reimburses local governments for lost property taxes from nontaxable federal government property.

Gordon said his staff was told that the cuts will apply to coal lease bonuses as well.

“I guess what they’re doing is each of the federal funds they go through, they’re cutting,” he said. “This is a huge concern.”

Rep. Steve Harshman, R-Casper, is co-chairman of the state Legislature’s Joint Appropriations Committee. He questioned whether the federal government can legally change a statute that has been in place for decades.

“It’s going to be very difficult” with the federal mineral royalty cuts being made in the middle of the fiscal year, he said.

Harshman said the 5 percent cut represents a significant blow to the state, given that the federal government owns 58 percent of Wyoming minerals.

“This is our lifeblood,” Harshman said.

The federal cuts follow congressional action last year that cut more than $700 million in Abandoned Mine Lands funding that Congress had promised Wyoming over coming years.

US secures vaccines for every child 5-11

US secures vaccines for every child 5-11

Gov. Mead: Wyoming has no legal recourse against feds on cuts

CHEYENNE — U.S. senators from Wyoming and New Mexico said Tuesday they plan to roll out legislation this week to restore about $110 million in…

The state of Wyoming will receive more than $40 million in federal funds withheld because of across-the-board cuts known as sequestration, acc…

A coal hauler navigates Arch Coal’s Black Thunder Mine on Jan. 17, 2013, near Wright. The company announced Thursday it will cut its workforce by 15 percent.