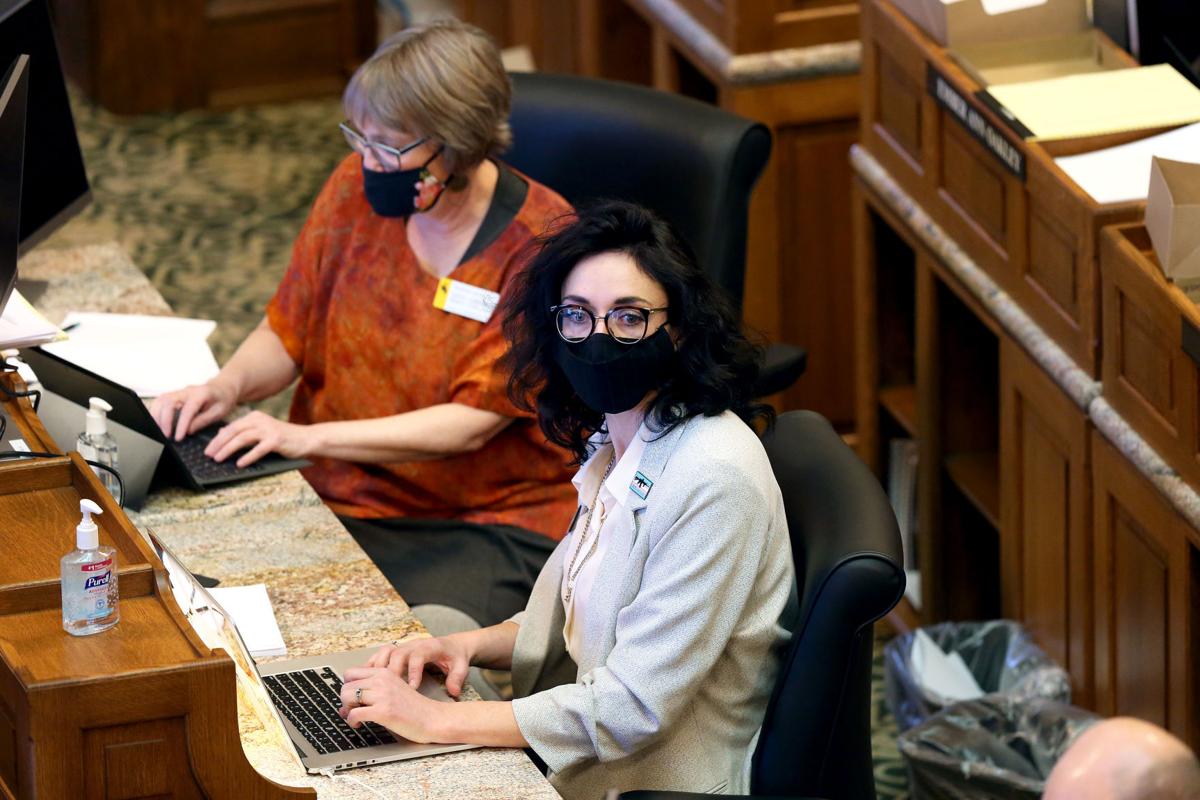 Rep. Karlee Provenza, D-Laramie, looks toward her colleagues Monday during the first day of the 66th Wyoming Legislature inside the state Capitol. The lawmaker said in a New York Times investigation she was targeted by conservative spies. 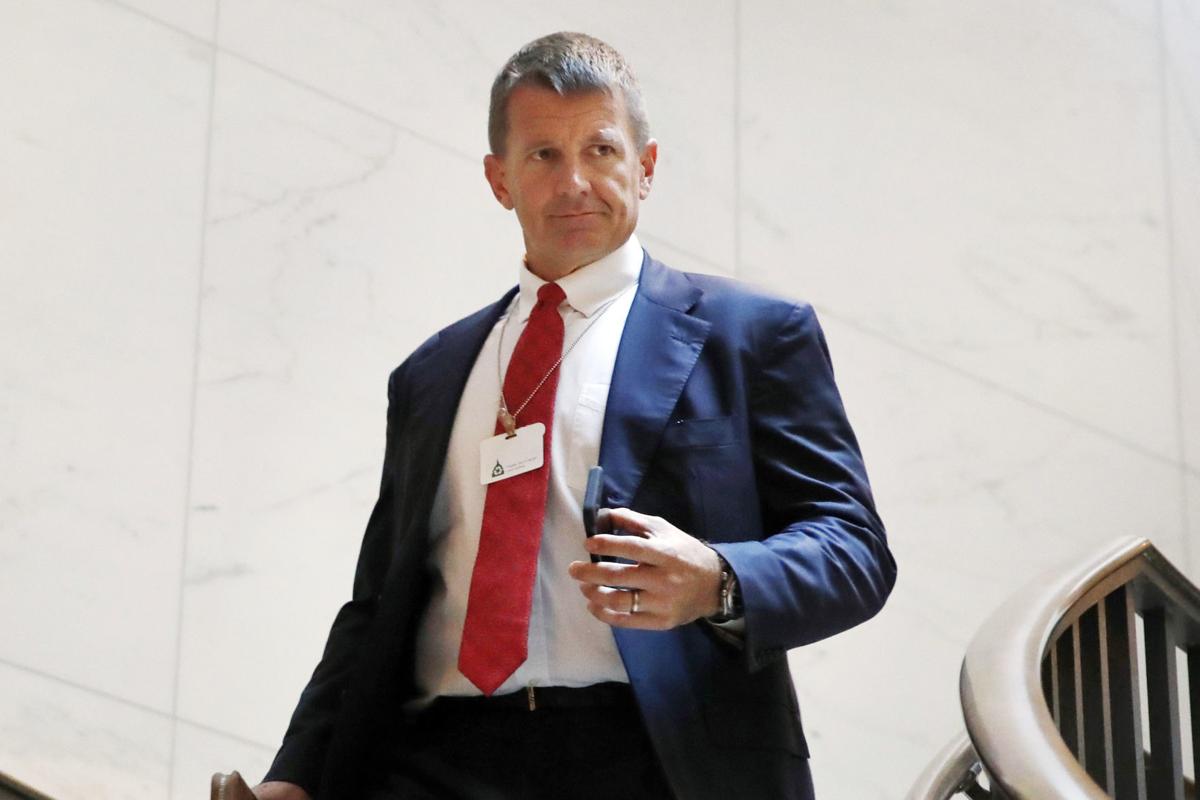 In this Nov. 30, 2017 file photo, Blackwater founder Erik Prince arrives for a closed meeting with members of the House Intelligence Committee on Capitol Hill in Washington. 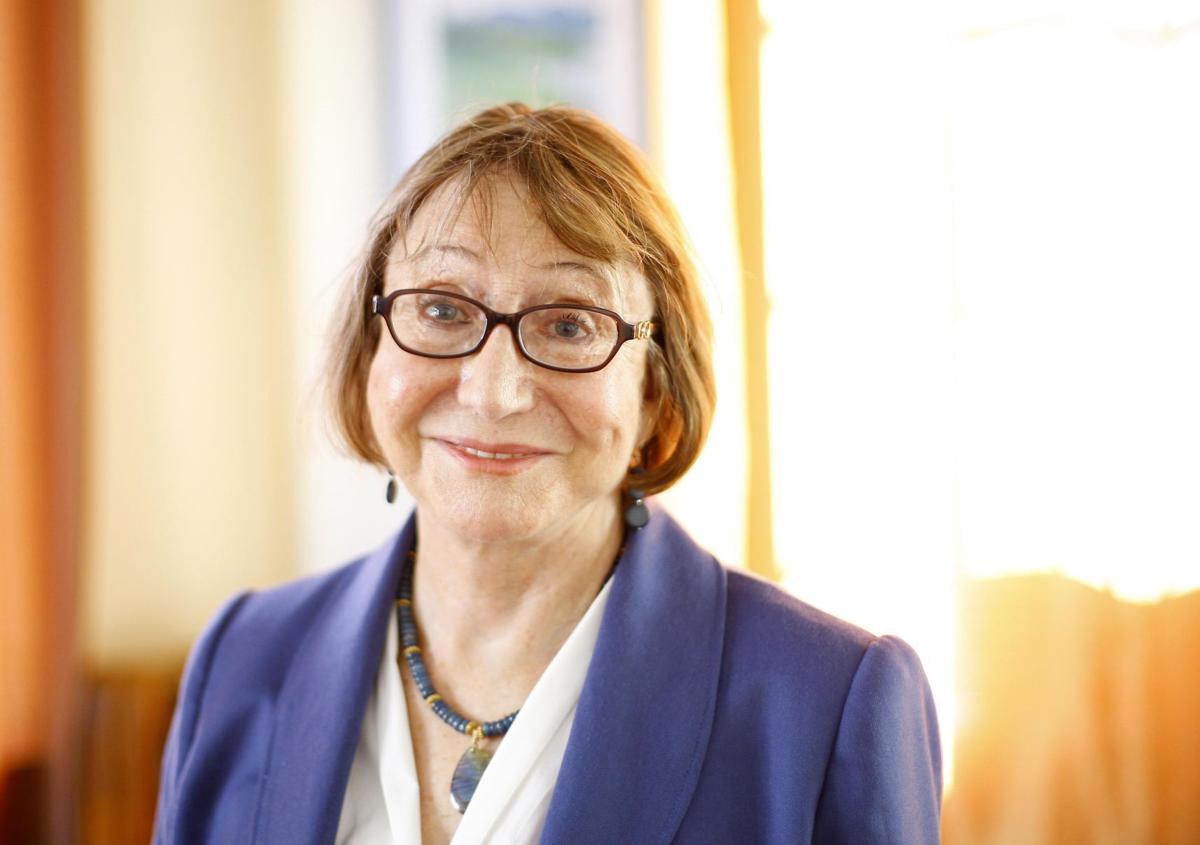 Susan Gore, pictured in 2014, founded the Cheyenne-based Wyoming Liberty Group. The New York Times reported that Gore funded an effort to spy on Democrats and some Republicans in Wyoming.

Two Wyoming lawmakers and a former state representative say they were targeted as part of an undercover operation performed by conservative operatives to infiltrate political campaigns and progressive groups during the 2020 election cycle.

Wyoming appeared to be the home base for these efforts, according to an investigation published Friday by the New York times. The conservative operatives, Sofia LaRocca and Beau Maier, reportedly used the Wapiti home of Erik Prince, the founder of private military firm Blackwater, for training. The effort was funded, the newspaper reported, by Susan Gore, a wealthy Gore-Tex heiress who founded the Wyoming Liberty Group, a political advocacy organization with conservative and libertarian leanings.

Rep. Karlee Provenza, D-Laramie, and her husband Nate Martin, the executive director of progressive group Better Wyoming, were among those targeted by LaRocca and Maier, according to the New York Times. So were state Democratic Party leaders and Wyoming Speaker of the House Eric Barlow, R-Gillette. The effort targeted moderate Republicans as well as Democrats.

“They pretended to be our friends,” Provenza told the Star-Tribune. “They stuck around for a long time. I had conversations with these people for over a year.”

Provenza and many of the politicos targeted by Maier and LaRocca said the two were not very adept at espionage.

“They also were bad at what they did,” Provenza said. “When we met these folks early on, we were referring to them as moles. We believed they were not who they said they were, but we wrote ourselves off as paranoid.”

There, she remained as a volunteer until she got hired by the Wyoming Democratic Party as a contract fundraiser, although she never raised any money, Hebert said. LaRocca left the organization in June 2020.

“I don’t think they have enough working knowledge of the political process as a whole,” Hebert said.

Barlow had a less intimate experience with the couple. He said he had correspondence with Maier “several times over email and phone calls and twice in person.”

“The majority of the interactions were cordial and policy-centric,” he added. He too called the couple’s spying tactics “sad.”

Sara Burlingame, a former Democratic state representative from Cheyenne, says she was also targeted by LaRocca while she was in office.

LaRocca requested a meeting with her about “flipping Wyoming blue,” Burlingame said. LaRocca proposed that Democrats “need to be really creative and inventive and steal pages from the Republican playbook, like secretly recording,” Burlingame said.

But issues in that conversation arose when it became clear that LaRocca did not know much about Wyoming’s politics.

“She didn’t know who anyone was in the Legislature was, she didn’t know any of our issues,” Burlingame said. “It’s not just that they’re unethical, they’re unrealistic. In a nutshell — bad at what they do.”

“They also were bad at what they did,” Provenza later added. “The way he went about it was just clunky.”

But why target Wyoming — the reddest state in the country, where Democrats wield little power?

“We know that the organization is based in Wyoming ... and so it may be that this is the pilot program or some sort of training for these operatives that they will send to other states,” said Joe Barbuto, chair of the Wyoming Democratic Party, who also met with LaRocca on multiple occasions.

“As of present, there’s really no concrete reason that we know of that they were in Wyoming except for that’s where this organization was headquartered,” he added.

Wyoming politics have, generally speaking, become coarser over the past decade, with more national interference. But state leaders don’t want political espionage to be the new normal.

“For me, I don’t want to sit back and say, ‘Yeah, this is politics’ because that invites a dangerous reality. It should be completely unacceptable,” Provenza said.

“It’s very disappointing that we would even consider this to be normal and I don’t think anyone does, and I don’t hope they do,” Barlow said.

Still, the disclosure of the undercover political operation has shaken the Wyoming political sphere, according to interviews with multiple state lawmakers.“I go from not knowing how to feel to extremely violated,” Provenza said. “These people were in my home.”

Susan Gore, founder of the Wyoming Liberty Group, broke her silence Monday regarding accusations she funded a political spying operation.

Rep. Karlee Provenza, D-Laramie, looks toward her colleagues Monday during the first day of the 66th Wyoming Legislature inside the state Capitol. The lawmaker said in a New York Times investigation she was targeted by conservative spies.

In this Nov. 30, 2017 file photo, Blackwater founder Erik Prince arrives for a closed meeting with members of the House Intelligence Committee on Capitol Hill in Washington.

Susan Gore, pictured in 2014, founded the Cheyenne-based Wyoming Liberty Group. The New York Times reported that Gore funded an effort to spy on Democrats and some Republicans in Wyoming.