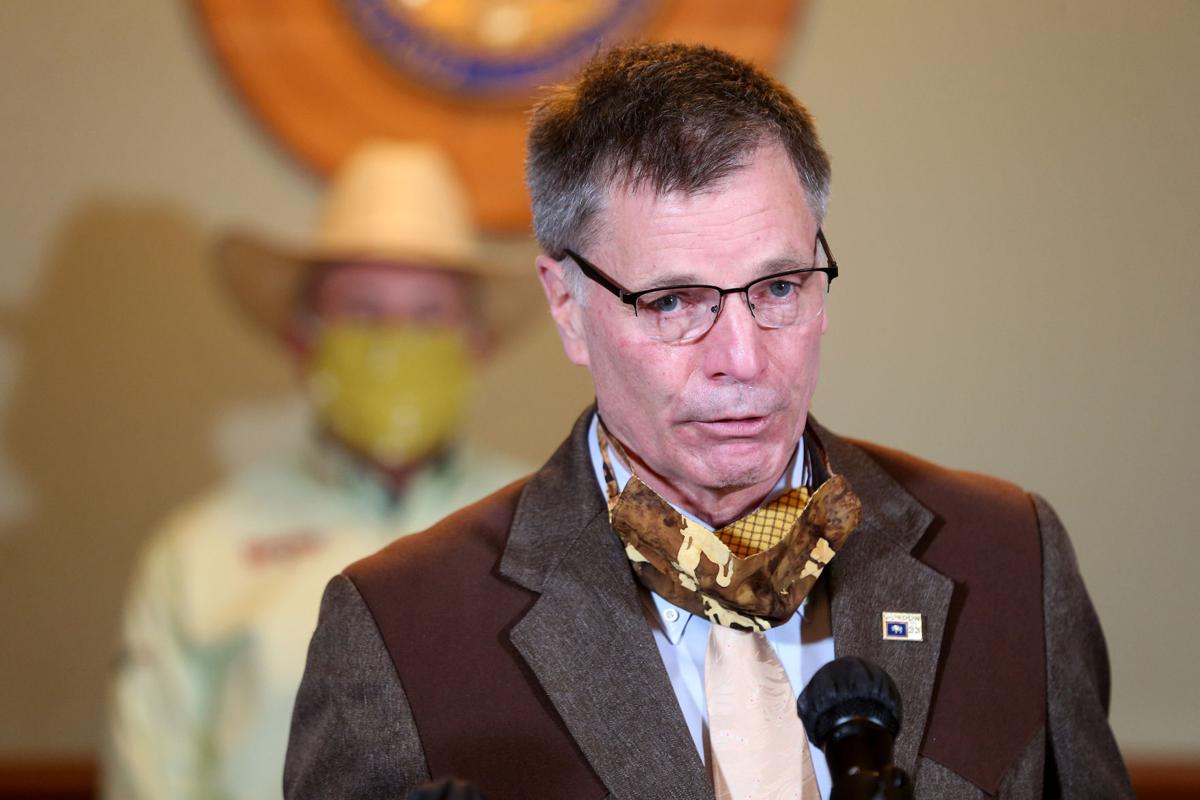 Wyoming Gov. Mark Gordon speaks during a press conference Wednesday, May 27, 2020, inside the Capitol in downtown Cheyenne. 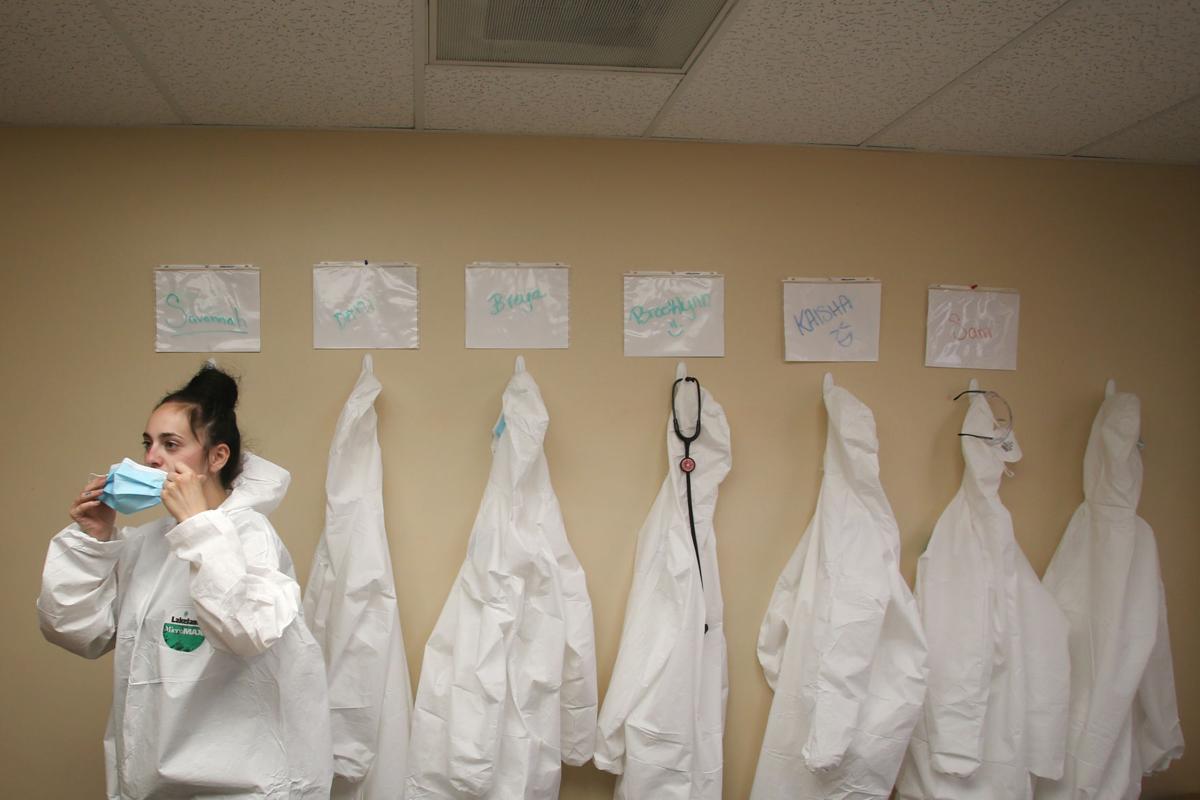 Medical assistant Savannah Dela Vega removes her face mask in the staff room at the respiratory clinic of Wyoming Medical Center in October in Casper. Wyoming hospitals are again feeling the staffing strain caused by COVID-19.

Wyoming will extend its health orders by only one week, Gov. Mark Gordon said Friday, signaling a change in the state's approach to the COVID-19 pandemic amid a spike in cases, hospitalizations and deaths.

In the past, the state has extended its health orders for at least two weeks at a time. But Gordon said he will use the shorter time frame to weigh options to address the unrelenting spread of the virus.

"I've asked for a one-week extension on our current health orders, because we need to consider changes, those changes need to be thought through and carefully carefully examined,” he said.

His voice rising, Gordon angrily described the toll the pandemic has taken on Wyoming amid the surge. The coronavirus pandemic is straining the state of Wyoming like it never has before, Gordon said, and its citizens need to wake up and take the virus seriously.

"So I'm going to ask you to go to yourself and ask yourself, do you feel better about what is going on in this state than in June or July or August? .... It's time that Wyoming woke up and got serious about what it's doing," he said.

The governor took aim at people who have dismissed the pandemic, calling them "knuckleheads" repeatedly. He also criticized people who are spreading misinformation about the virus.

In past press conferences, Gordon praised the state's residents for taking personal responsibility for addressing the virus' spread.

"We've relied on people to be responsible," he said. "And they're being irresponsible. They think that somehow this is all nonsense."

Wyoming's hospitals are so strained that some have put up tents to manage patients and brought in ICU staff with less training, he said.

"Our hospitals are overwhelmed today," he said. "We are a week, or maybe two weeks behind the curve."

Cases plateaued in Wyoming in late spring before beginning a spike in mid-June. As a result, state health officials decided against their plans to eliminate almost all coronavirus restrictions.

Cases tapered off somewhat in August but surged in September to levels previously unseen in Wyoming. That trend has continued into October and November, with the state setting new highs for cases, hospitalizations and deaths.

The symptoms of COVID-19 include cough, fever and shortness of breath. Symptoms appear within two weeks. Health officials recommend self-isolating for two weeks if you have contact with a person who has the illness.

Photos: Coronavirus under the microscope

Photos: Coronavirus under the microscope

Gordon yet to acknowledge Biden's win, but leaves open possibility of working with administration on COVID

The governor said he would attend anything that could help the state do a better job of getting the resources Wyoming needs to combat the pandemic.

"I've asked businesses if they think they'll make it through next year. And I'll tell you people, there's not a lot of hope out there," Gov. Mark Gordon said.

Wyoming Gov. Mark Gordon speaks during a press conference Wednesday, May 27, 2020, inside the Capitol in downtown Cheyenne.

Medical assistant Savannah Dela Vega removes her face mask in the staff room at the respiratory clinic of Wyoming Medical Center in October in Casper. Wyoming hospitals are again feeling the staffing strain caused by COVID-19.