When a young woman from Sheridan decided to run for the Wyoming Legislature after years of lobbying legislators, she faced obstacles. For one, she chose to run as a Democrat in a community known for its Republican ranching attitudes.

But Lynn Dickey had already put in time listening to rancher concerns about mining and water use in the Powder River Basin. She was outstanding at hearing all sides of an issue and then forging alliances. She did that as tribal liaison for Gov. Mike Sullivan, a member of the Environmental Quality Council and as staff director of the Powder River Basin Resource Council.

So, when she won a House seat in 1981, she was prepared to bring issues to a potentially unsympathetic Legislature and plug away at her goals. Her main objective, she said later, was to serve her neighbors in Sheridan County, and she counted her ability to help them deal with government bureaucracy as one of her best achievements.

‘She owned the capitol’

Lynn faced another challenge. She entered the Wyoming State Capitol in a wheelchair, paralyzed from a car accident when she was 17. But the disability was the least of her worries, according to former Gov. Mike Sullivan.

“In her wheelchair, she owned the capitol. She was able to get around. If she couldn’t, she’d improvise,” he said.

It amazed fellow legislators how well Lynn could navigate the four-story capitol building and climb unaided in and out of the car that she drove herself. At 17, Lynn had been temporarily blinded by sun in her eyes as a new driver and crashed a car, leaving both her and her mother with spinal cord injuries. It was how she handled the aftermath of the accident that defines Lynn’s spirit. Her sister Ellen Dillon describes their parents raising them to think, “Don’t ever say, ‘I can’t do this,’ until you’ve tried everything you can.” Ellen said, “That mindset helped her a lot. She just ignored disability; she didn’t mourn the loss of legs.”

From a hospital bed, she finished junior year at Buffalo High School; her teachers recorded their lectures for her. When she returned from rehab to her senior year five months after the accident, “The football players had assigned times to haul her up and down steps,” said her sister Ellen. She graduated from high school with her class and earned a scholarship to the University of Illinois at Urbana, which was the first university that had made itself handicapped accessible after World War II to accommodate disabled veterans.

And Lynn didn’t only overcome her body’s limitations; she went on adventures that might intimidate anyone. Riding in a hot-air balloon? Check. Camping? Check. Longtime friend Margie Rea describes canoeing with Lynn, where Lynn’s friend Sumner carried her through a barbed wire fence to get to Goose Creek north of Sheridan. A special seat held Lynn upright while the boaters went over a diversion dam and Margie wondered what they would do if the canoe capsized. It didn’t.

One sport Lynn could excel in was archery, where her upper body strength was an asset. She won a bronze medal in archery at the Paralympics in Israel in 1968, where she also helped coach basketball. Her business partner in The Book Shop in Sheridan, Dainis Hazners worked closely with Lynn for years and concluded, “She was the least paralyzed person I knew.”

Lynn Dickey had a kind of superpower to bring people with differing viewpoints together to get things done. One partner in many joint endeavors, Mary Ellen McWilliams, wrote of a proposed land exchange between Texaco and the state of Wyoming in the Fort Phil Kearny area. “Negotiations on this depended on the getting together of the state attorney general, the regional head of Texaco, the director of the Archives Museums and Historic Sites Department and someone from the State Land Office. Time went by and this did not happen.

“Finally, Lynn called them each and told them to be at a meeting at the Barrett Building; they all came, and an agreement was signed. I was amazed. I asked Lynn, ‘But who gave you the authority to order those persons to be there?’ Lynn said ‘Nobody. I just told them to be there and they came.’”

She pulled off similar successes in negotiations over the CASA (Court Appointed Special Advocate) program in Sheridan to resolve conflicts. McWilliams describes it this way: “The work she did was monumental. It was pure ‘conflict resolution.’” Her sister Ellen said, “She was a complicated person, calm externally, driven by a great need to do the right thing. Had a desire to listen to every single perspective on every single issue to come to a well-informed decision.”

Sullivan, the former governor, said “She had a special talent; she could work on a bipartisan basis. I think she was loved and respected by everyone she knew.”

Lynn served four terms in the Wyoming House before deciding not to run again. She had become focused on bringing about peace in the world as part of her conversion to Catholicism. She participated in demonstrations against the death penalty and bringing MX missiles to Cheyenne. In the last year of her life, she was studying for a master’s degree in conflict resolution at Eastern Mennonite University in Virginia when she had a heart attack while driving and died of her injuries. She was 51.

Longtime friends Ken and Sue Heuermann sum up her character in two needlepoint pillows she gave them, one funny and one profound. Lynn teased Ken with a pillow reading “Behold the hunter.” But their favorite is the pillow with the words, “Life is fragile. Handle with prayer.”

December marked the 150th anniversary of women's suffrage in Wyoming. To recognize this historic event, the Star-Tribune is publishing 40 profiles of women, both historic and contemporary, who've left their mark on our state.

Rory Tendore: Giving a ‘seed of encouragement’ to Native students

December marked the 150th anniversary of women's suffrage in Wyoming. To recognize this historic event, the Star-Tribune is publishing 40 profiles of women, both historic and contemporary, who've left their mark on our state. 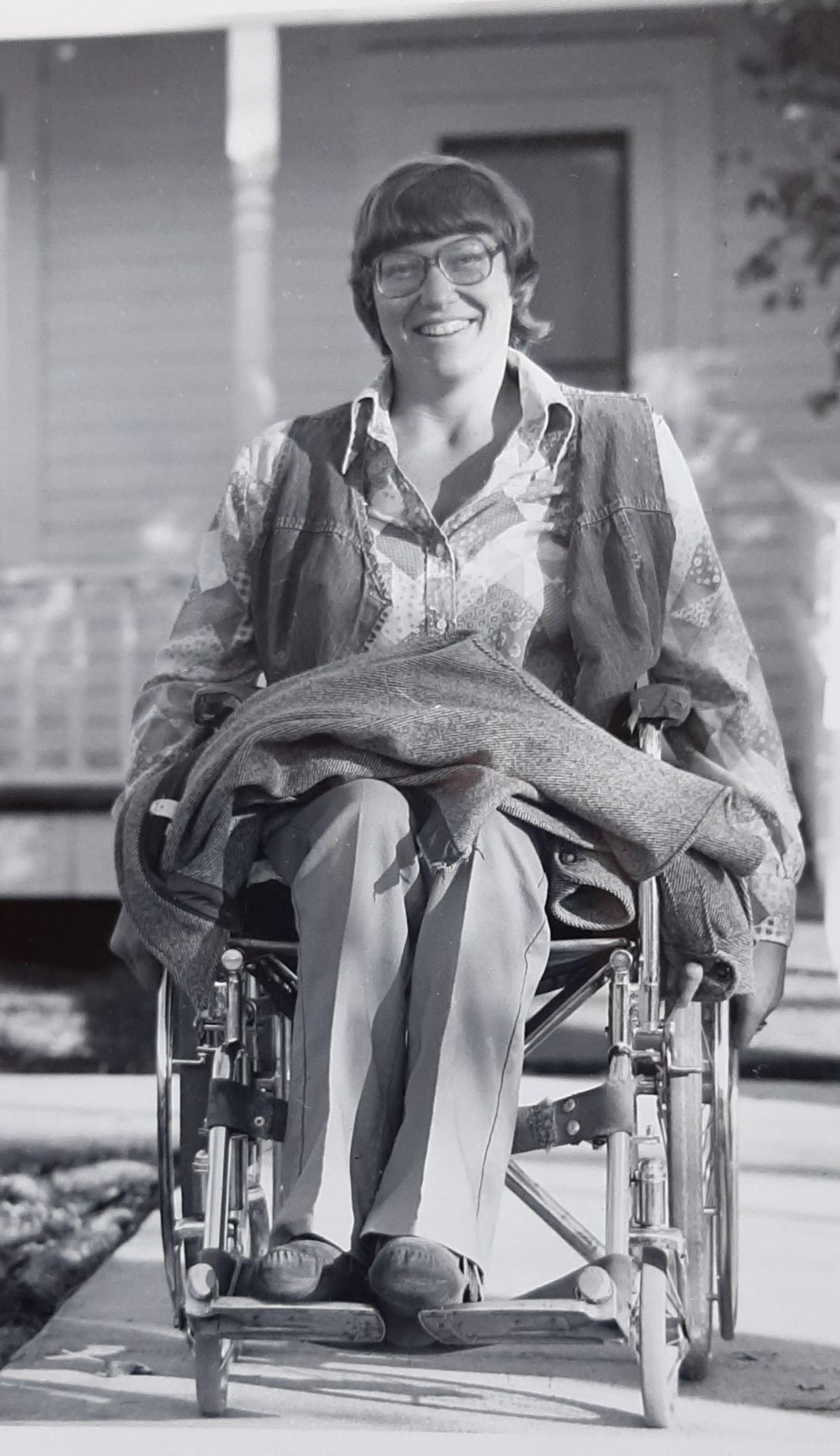 Lynn Dickey served four terms in the Wyoming Legislature. Former Gov. Mike Sullivan said of her, “She had a special talent; she could work on a bipartisan basis. I think she was loved and respected by everyone she knew.” 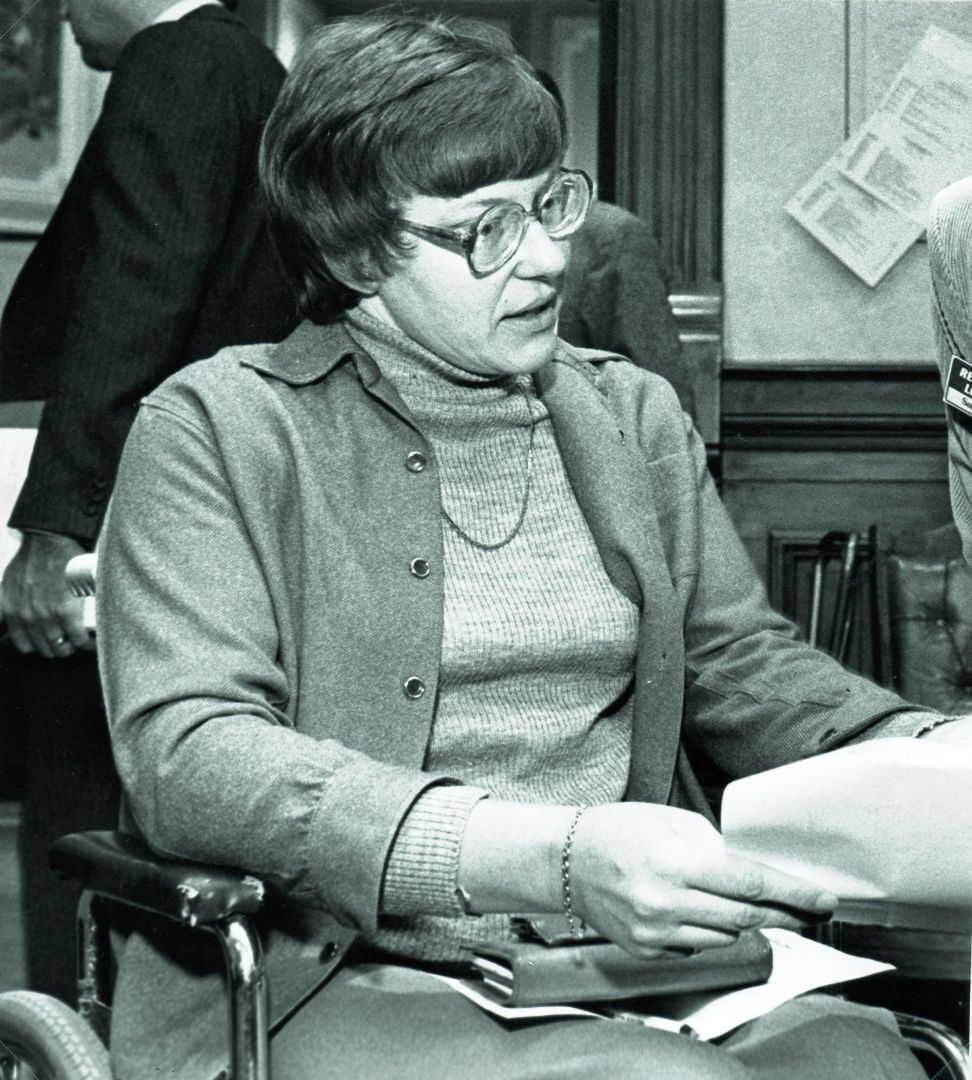 Lynn Dickey was paralyzed in a car crash as a teenager. She went on to become an important figure in Wyoming politics.