KEMMERER — A Utah man was sentenced Wednesday to life in prison without parole a year after authorities say he and his father killed a rail line worker while on the run from police in a stunning string of crimes that included the kidnapping of a mother and her daughters.

Dereck James “DJ” Harrison, 23, didn’t speak in court, but his attorney Edwin Wall read a statement from his client that said he “regrets it deeply” and “wishes he had more control at that time.”

Harrison acknowledged last month while pleading guilty to murder that he didn’t intervene to stop his father from cutting Kay Porter Ricks’ throat and hitting him several times over the head with a metal rod.

“The important thing is this separates you from society,” Judge Joseph Bluemel told the younger Harrison in the courtroom in the small town of Kemmerer, near the Utah border.

Ricks’ family didn’t attend the hearing. They said in statements read by a family spokesman that they forgive Harrison but don’t condone his actions.

“You could have stopped these horrible acts at any point, but you did not,” Lori Ricks, the victim’s widow, said in a letter. “You and only you are responsible for your own actions.”

Spokesman Richard Massey said the Ricks family chose not to attend the hearing because it would be too difficult. He said the family has vowed to never speak or think about Harrison again — focusing on their religious belief that they will rejoin Kay Porter Ricks, 63, in the afterlife.

“We forgive you so that we may move forward,” Lori Ricks wrote.

The chain of events in May 2016 started when the father and son invited a woman and her four teenage daughters to a barbecue outside Salt Lake City, then restrained and beat them before they escaped, police said.

The Harrisons had been using methamphetamine for days and wrongly thought the mother had reported them to police, authorities said. The men were accused of planning the kidnapping and setting out zip ties, duct tape and a bag to put on the mother’s head.

DJ Harrison was sentenced last year to up to 30 years in prison for that crime.

After the family escaped, the Harrisons went on the run. They snatched Ricks from a light-rail station and drove north toward the Wyoming town where Flint Harrison had been living, authorities said.

They were arrested in Wyoming after a dayslong manhunt that ended when Flint Harrison surrendered.

Spencer Allred, the county attorney in Lincoln County, said Wednesday that the Ricks family was pleased the case was settled with the plea deal, sparing them the anguish of having to endure a trial where the gruesome details of the crime would have been rehashed.

Prosecutors didn’t think DJ Harrison was the driving force in the crimes, which is why they decided not to seek the death penalty in the case, Allred said.

He said DJ Harrison will be sent back to Utah to serve prison time there for the kidnapping charge and moved back to Wyoming at some point.

Massey, the Ricks family spokesman and friend of the victim, encouraged DJ Harrison to repent while in prison.

“DJ, you are our brother. We will see you in the eternities,” Massey said. “We want that meeting to be sweet.”

Indian couple float to wedding in cooking pot amid floods

Indian couple float to wedding in cooking pot amid floods

KEMMERER — A 23-year-old man avoided facing the death penalty by pleading guilty to kidnapping and killing a Utah train worker in Wyoming.

FARMINGTON, Utah — A plea deal is possible in the Utah case against a man accused along with his father of tying up five people in a basement …

Slain Utah rail worker to be honored amid homicide probe

SALT LAKE CITY — Family, friends and colleagues are honoring a slain Utah rail worker Saturday as police investigate whether a father and son … 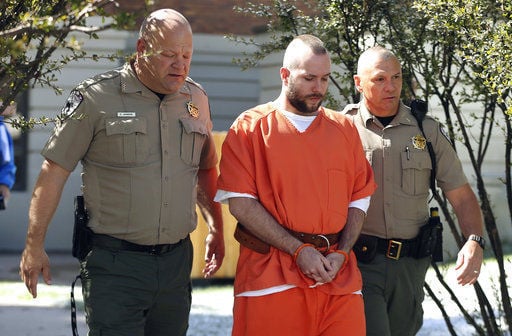 Dereck James “DJ” Harrison is escorted from court after sentencing in Kemmerer on Wednesday. Harrison plead guilty to killing UTA employee Kay Ricks while trying to flee police in Utah and was sentenced to life in prison. 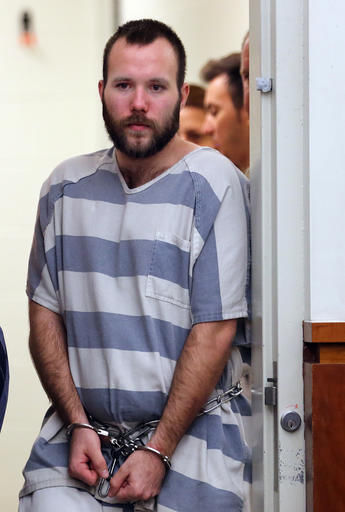