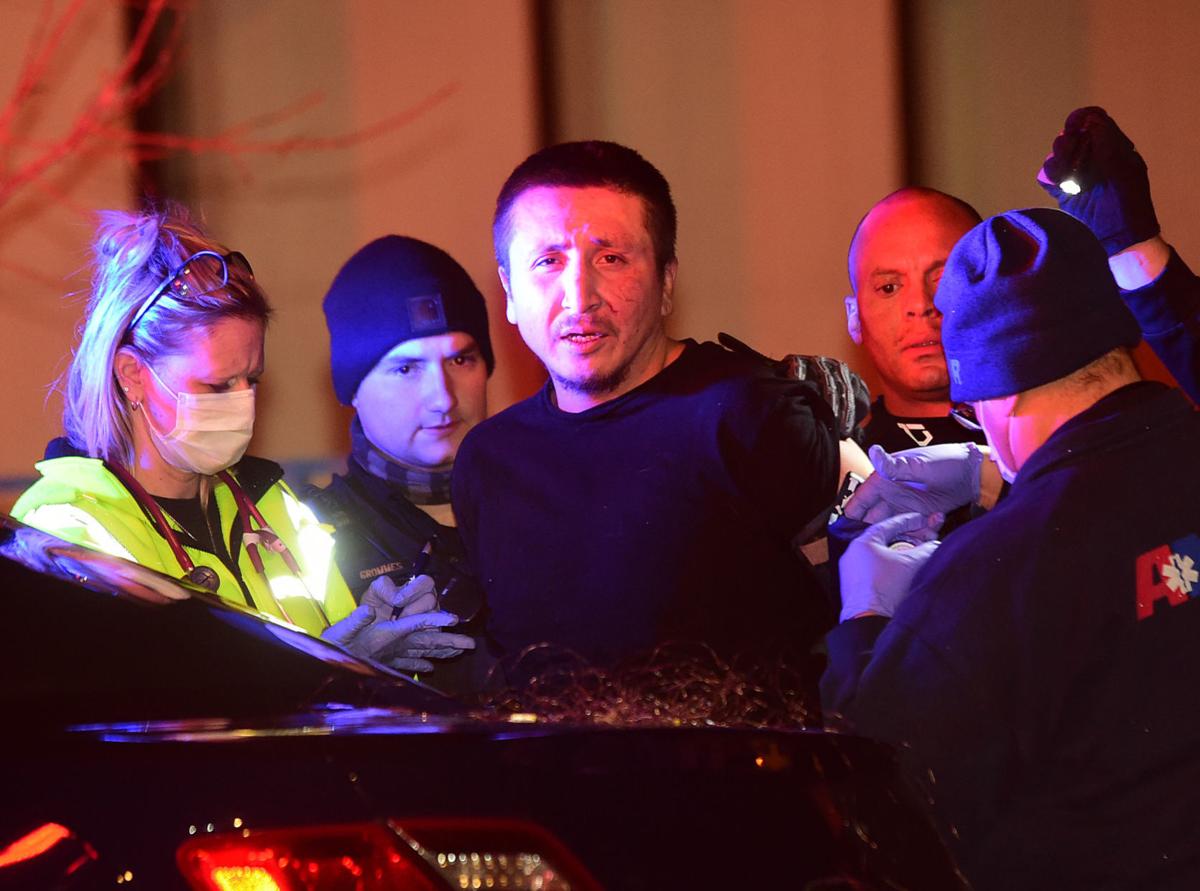 Homicide suspect Taylor Plain Bull was arrested by Billings police at the Rodeway Inn Tuesday morning after a standoff with SWAT team members. 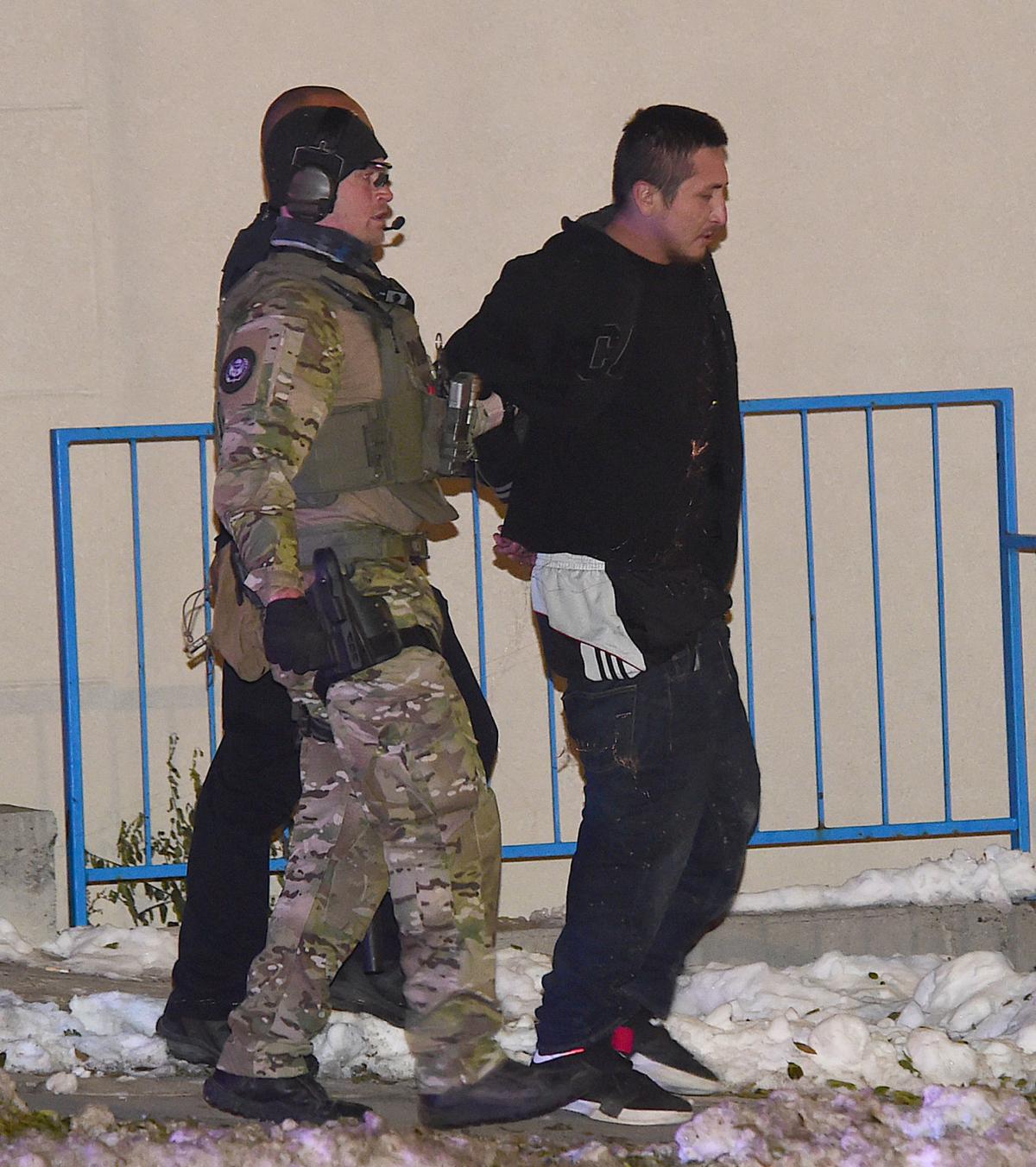 Homicide suspect Taylor Plain Bull was arrested by Billings police at the Rodeway Inn after a standoff with SWAT team members. 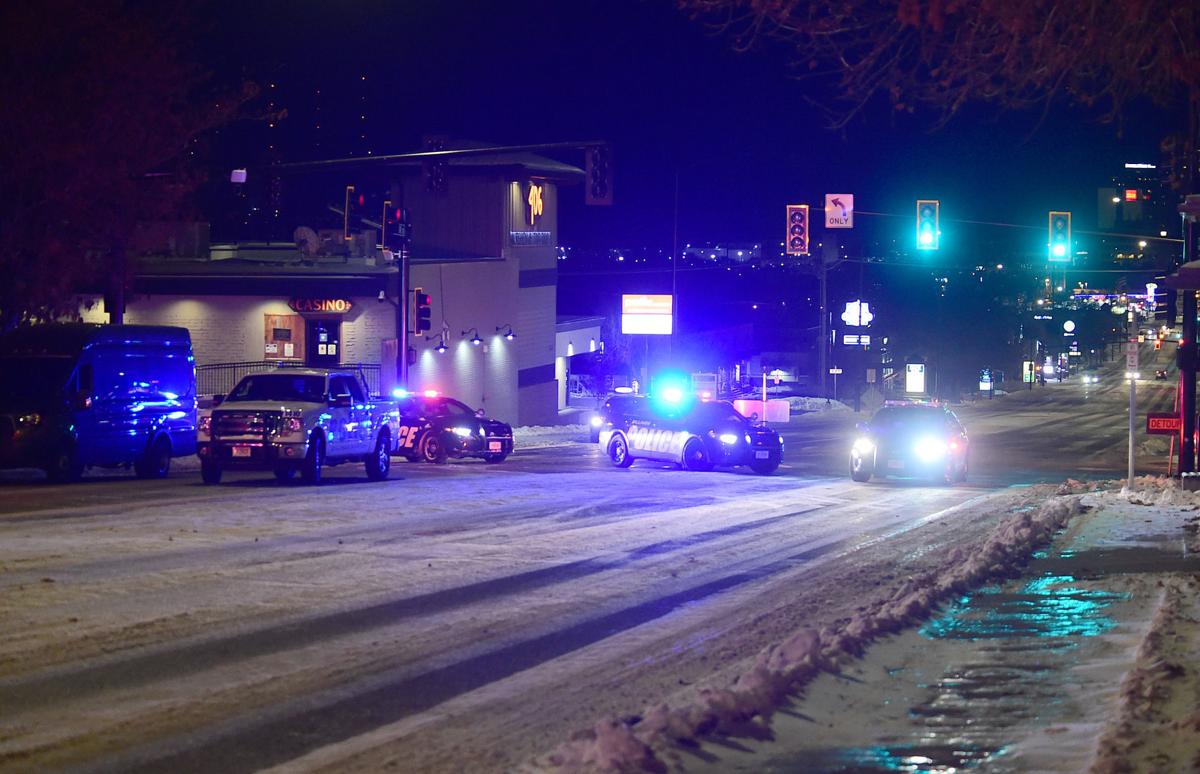 A 27-year-old Pryor, Montana man has been indicted on murder, assault and firearm charges connected to the death of a Crow woman in late October.

Taylor Leigh Plain Bull, 27, is accused of killing 26-year-old Lenita Goes Ahead Oct. 24 on Blue Creek Road, and assaulting a second person with the intent to commit murder.

Goes Ahead was driving westbound on Blue Creek Road with a man and a child, according to court documents, when she was passed by a pickup truck driven by Plain Bull going the opposite direction. Plain Bull turned the truck around, and pursued Goes Ahead.

Plain Bull drove ahead of Goes Ahead and slammed on his brakes, court documents say, and forced her and the other passengers into a ditch. Goes Ahead locked the doors to the car, while the man she was with called 911.

Plain Bull then approached the car pointing a black pistol, according to a criminal complaint filed in U.S. District Court, and the man in the car reported hearing approximately three gunshots. The man received an injury to the forehead, and Goes Ahead was pronounced dead at the scene.

The child with Goes Ahead and the injured man left the vehicle, and prosecutors say Plain Bull grabbed the child and drove away. The child was found later the same day.

The shooting occurred south of Billings, on the Crow Indian Reservation, according to court documents.

Plain Bull was arrested Oct. 29 following a warrant being issued by the FBI and a standoff in Billings that closed a portion of North 27th Street for several hours.

The indictment filed in U.S. District Court charges Plain Bull with first degree murder, assault with intent to commit murder and two counts of use of a firearm during and in relation to a crime of violence.

If convicted of first degree murder, Plain Bull faces a sentence of mandatory life in prison.

An arraignment for Plain Bull on the indictment is scheduled for Nov. 23.

In northwestern Wyoming, a homophobic incident challenges a community's identity

The bigotry prompted some in the community to stand up and say, “Enough.” The question is, will it be?

Gov. Mark Gordon learned Wednesday that he had tested positive for COVID-19.

A man and three children were able to escape from the burning home, but a woman died before firefighters could rescue her.

Wyoming legislative leaders balked at requiring lawmakers to comply with health orders when they are sworn in. Instead, they established a separate date for lawmakers concerned about mask-wearing and social distancing.

Wyoming COVID-19 recoveries increase by more than 2,000 — a new record

There have now been more than 30,000 total cases and 20,000 total recoveries in the state since the pandemic began.

The death toll from COVID-19 is rising. How is Wyoming preparing to handle those deaths?

“This was something new to all of us," Bustard & Jacoby practitioner Joey Casada said. "We’ve never dealt with anything like this before, and we’re all sort of running around in the dark.”

There are fewer than 10,000 active total cases in the state for the first time since Nov. 15.

Of the 215 coronavirus deaths that have been announced in Wyoming, 80 have occurred this month, the most of any month.

Homicide suspect Taylor Plain Bull was arrested by Billings police at the Rodeway Inn Tuesday morning after a standoff with SWAT team members.

Homicide suspect Taylor Plain Bull was arrested by Billings police at the Rodeway Inn after a standoff with SWAT team members.