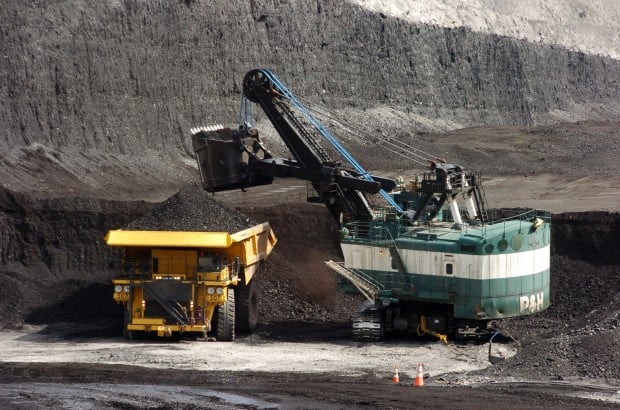 A mechanized shovel loads coal onto a haul truck at Cloud Peak Energy’s Spring Creek mine near Decker, Mont., on April 4. 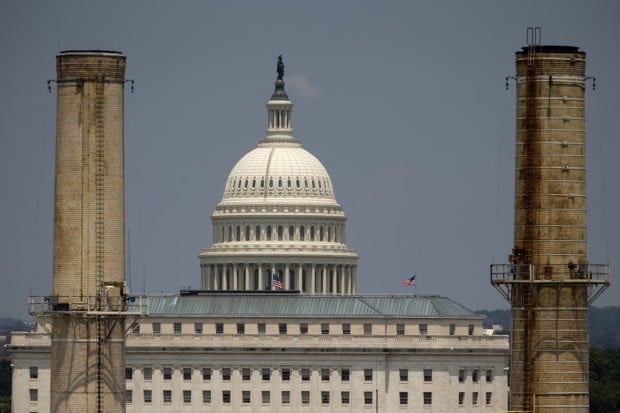 The Capitol Dome is seen behind the Capitol Power Plant on Monday in Washington, D.C. The coal-burning plant provides power to buildings in the Capitol complex. 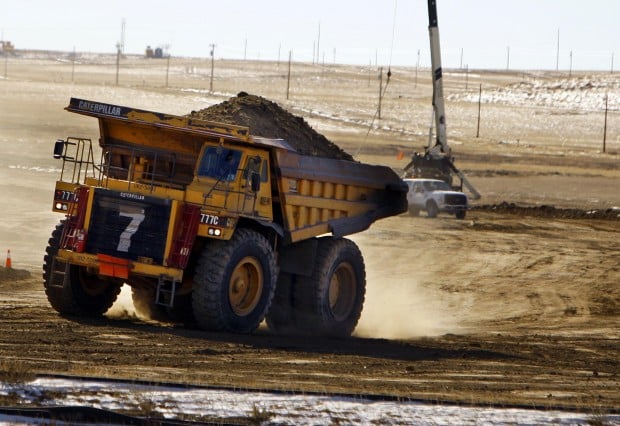 The presidential directive would impose the first-ever limits on carbon dioxide emissions from power plants. It would also increase spending on renewable energy technology, direct the Department of the Interior to expedite the permitting process for renewable energy projects on federal lands and impose new emissions standards on heavy duty-trucks.

But in Wyoming the focus was largely on coal. The Cowboy State’s economic fortunes remain closely linked to the industry, even with the rise of natural gas in recent years.

Wyoming led the country in coal production in 2011, accounting for roughly 40 percent of national production, according to the U.S. Energy Information Administration. In fiscal year 2012, the state collected $289.4 million in coal severance taxes. Nearly 7,000 people in Wyoming were employed in the industry in 2012.

No industry had more at stake in the president’s announcement than coal. Coal-fired plants accounted for 42 percent of the country’s electricity production in 2011 and 80 percent of carbon dioxide emissions from power producers, according to the EPA.

“The economic consequences will fall particularly hard on the states that produce and use coal,” said Luke Popovich, vice president of communications at the National Mining Association. “This will likely accelerate retirements from the coal fleet. Utilities can see the writing on the wall.”

The president’s plan does not require congressional approval. The Supreme Court granted the EPA authority to regulate carbon emissions in 2007.

Wyoming’s congressional delegation was nonetheless quick to deride the plan. U.S. Sens. Michael Enzi and John Barrasso, both Republicans, labeled the move a tax, saying that increased operating costs for producers would be passed onto consumers.

“This is the president’s war on coal,” Barrasso said in an interview. “It’s a war on American jobs, American manufacturing and on American families looking for affordable energy.”

State environmentalists pushed back against that argument. Chris Merrill, associate director of the Wyoming Outdoor Council, echoed Obama’s remarks. Industry lobbyists have long argued that pollution regulations kill jobs, only to be proven incorrect over time, he said.

Wyoming’s policymakers should be looking to lessen the state’s reliance on coal, Merrill said.

“We’ve known for years now we’re moving toward a more carbon-constrained economy,” he said. “It seems to me that the task for Wyoming and its leaders is to develop a plan that will uphold the state for the long-term. That probably includes investment in cutting-edge technology that emits little to no pollution.”

Obama did not provide specifics on the amount of carbon to be restricted. The presidential memorandum issued to the EPA requires the agency to “expeditiously” develop limits on carbon for new and existing power plants, much like restrictions already in place for arsenic, mercury and lead.

It will likely be years before any new standards are in place. The EPA will propose new limits by July of 2014; they won’t be finalized until July of the following year. And even then there are hurdles to overcome if the plan is to be implemented. Congress could pass a law blocking the proposal. More likely, the new rules could be challenged in court.

“There will be legal challenges. No question about that,” former EPA Administrator Christie Whitman said in an interview. “It’s a program that’s largely executive. He doesn’t need Congress. What that does, of course, is make them (opponents) madder.”

Popovich, the NMA spokesman, said the question is largely whether the administration will seek a single standard for all power plants. The EPA sought such a standard for new power plants in a rule proposed last year. Those rules were set to be finalized in April, but are currently being rewritten.

If the new standards offer a dual approach for new and existing plants, it may place the administration on firmer legal ground, he said. However, if it seeks a single standard, that will likely produce a legal challenge, he said.

Enzi said the president seemed intent on driving a wedge between coal and natural gas, which Obama called a cleaner source of energy. And he took issue with the president’s argument that American ingenuity would enable industry to meet the new standards.

“I think there is a lack of ingenuity on the part of the president for not putting money into clean coal,” he said. “I’ve been in favor of all kinds of energy production.”

Information from the Associated Press was used in this article.

Cheney criticized Hageman for her views surrounding the 2020 election. Hageman, in turn, knocked Cheney for her work on the Jan. 6 committee.

A hiker was life-flighted from northwestern Wyoming on Monday after being mauled by a grizzly bear.

A flash flood emergency is in effect in the Lingle area, after a canal breach west of town.

Sheridan College, WyomingPBS and Wyoming Public Radio are co-hosting a debate for one of the most closely watched midterm races in the nation, but voters will not be allowed to attend in person due to security concerns.

A Wyoming State Bar panel found she violated two rules of professional conduct in a 2020 lawsuit between two corporations that ran a Cheyenne gym modeled after the TV show “American Ninja Warrior.”

Woman gored by bison in Yellowstone. Incident is second goring this week

A bull bison gored a women in Yellowstone National Park on Wednesday.

He was transported to the Eastern Idaho Regional Medical Center with an injury to his arm.

The Wyoming Highway Patrol said the investigation is ongoing and could not release any information.

A mechanized shovel loads coal onto a haul truck at Cloud Peak Energy’s Spring Creek mine near Decker, Mont., on April 4.

The Capitol Dome is seen behind the Capitol Power Plant on Monday in Washington, D.C. The coal-burning plant provides power to buildings in the Capitol complex.