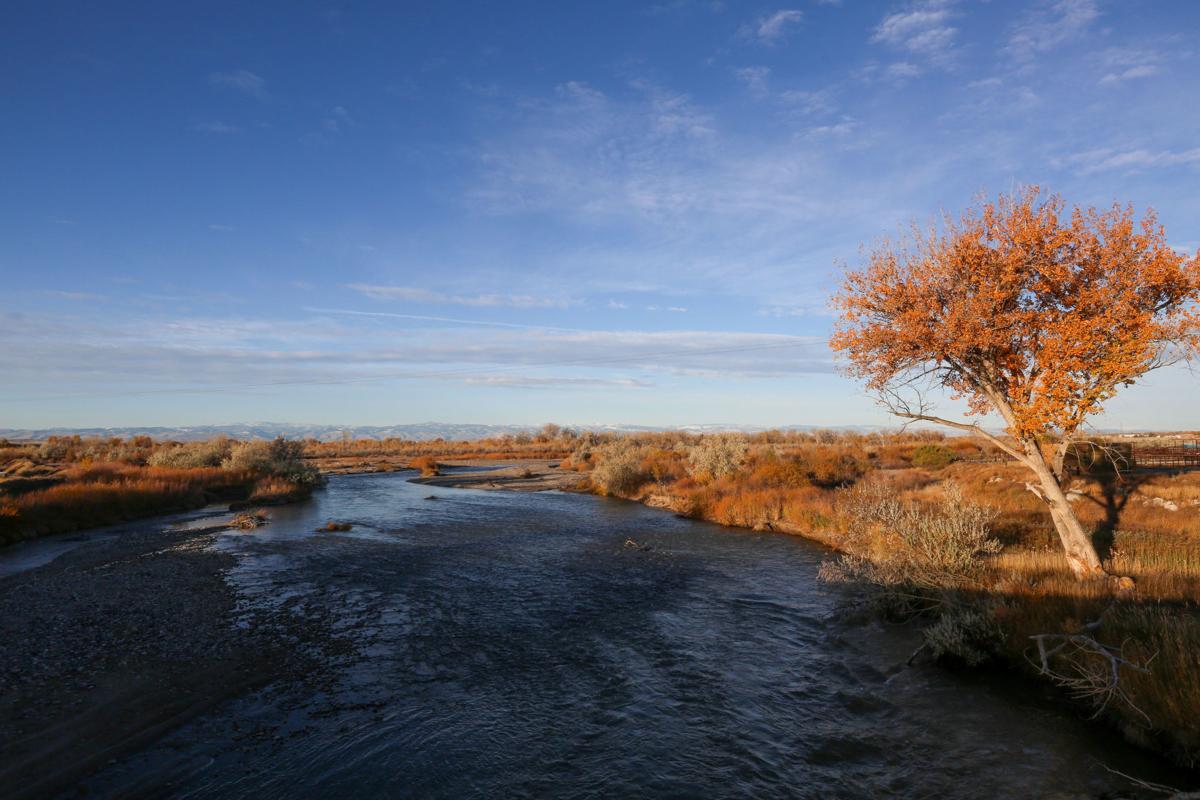 The Wind River runs along the outskirts of Riverton in October 2016. Monday, the Northern Arapaho Tribe filed a lawsuit against its former law firm, but the firm, and two members of the tribe's business council, deny any wrongdoing. 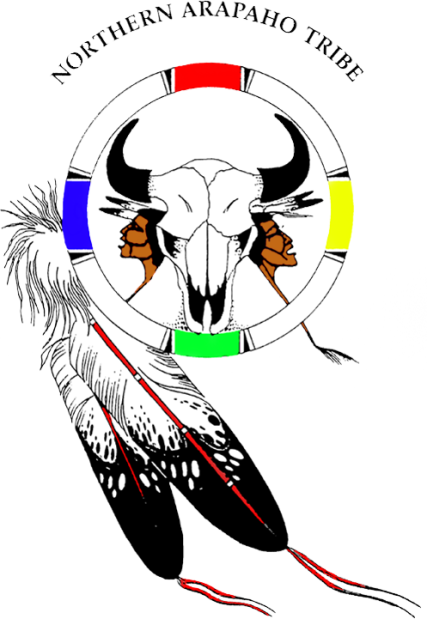 A lawsuit involving the Northern Arapaho Tribe’s current and former law firms has become the latest public example of a bitter divide among tribal leadership.

Monday, the tribe alleged in a lawsuit that its former longtime law firm, Lander-based Baldwin, Crocker & Rudd, has refused to return tribal legal documents, provide a detailed accounting of its billing practices or return money from a tribal trust fund with an alleged balance of at least $1 million since the tribe’s business council fired the firm in June. The tribe filed the complaint against the firm and its managing partner, Kelly Rudd, in Wyoming’s Ninth District Court.

“Tribal members and residents of the Wind River Indian Reservation are owed an explanation for what this law firm has done with our people’s money and property,” the tribe said in an announcement. “We look forward to a Court bringing transparency to this matter and accountability, at last, for Baldwin, Crocker & Rudd.”

The tribe’s claims and the denials of wrongdoing are the latest public flare-ups in a monthslong disagreement over the affairs of the tribe, pitting the four newest members of the business council against the two most tenured members of the council and now-former longtime advisers to the tribe.

The documents obtained by the Star-Tribune include emails, a memo addressed to two business council members, a letter from Baldwin, Crocker & Rudd’s attorney to the tribe’s new law firm and financial records. They show that the firm provided a memo explaining its billing practices on June 27 after a public tribal members meeting where some allegedly made inaccurate statements about the firm.

And on June 10 and 11, in two transfers, managing partner Rudd wired tribal officials what he said was the firm’s remaining tribal money from tribal trust and gaming funds — a little more than $929,000, according to financial records and emails.

In its lawsuit, the tribe admitted that the firm had returned “some limited funds” but didn’t specify how much and alleged that the former firm still possessed a “significant amount of Tribal funds.”

“It’s jarring when someone falsely accuses you of doing something wrong, so we especially appreciate all of the kind words and support from the community,” said Andy Baldwin, an attorney and founding partner of the firm. “We look forward to setting the record straight.”

Keith Harper, a partner at Kilpatrick Townsend & Stockton who has been working with the tribe, said Wednesday afternoon he was unavailable for an interview but that he stood by what the tribe alleged in the lawsuit.

The tribe has asked the court to require that Rudd and the Lander firm pay the tribe’s legal costs, return all tribal money to the Northern Arapaho, and fully account for and explain all legal bills and tribal money the firm ever held on behalf of the tribe.

“We are disappointed, but it has become clear we have no choice but to file this lawsuit,” the tribe said in its statement.

Baldwin, Crocker & Rudd said it has withheld some tribal documents to protect the tribe from what it said were conflicts of interest with Kilpatrick Townsend & Stockton, adding that the new firm had refused to adequately address the conflicts and has misrepresented them to the tribe.

In the letter from its attorney to Harper and Kilpatrick Townsend & Stockton, the Lander firm alleged that the Atlanta firm’s work with a pharmaceutical company being sued by the tribe represented a conflict of interest. The firm could potentially use the tribal legal documents against the tribe, Baldwin, Crocker & Rudd argued.

The tribe is among numerous Wyoming entities suing multiple companies related to opioid manufacturing and distribution.

Charlie Galbraith, a partner at Kilpatrick Townsend & Stockton, said the conflict of interest worries were “completely false and absurd.”

He said the tribe, not the new firm, wants the documents returned and that the tribe would maintain control over the records. It doesn’t matter if the old law firm has concerns, he said: If the client wants the documents, the firm should return them.

Galbraith said the Atlanta firm did represent a pharmaceutical company that’s included in the tribe’s lawsuit but that the matter was unrelated to opioids, the firm no longer represents the company and the attorney who represented the company no longer works at the firm.

“(The tribe’s) legal fees have been staggering, at times amounting to over $100,000 in a single month,” according to the complaint.

In addition, in the June 27 memo from Baldwin, Crocker & Rudd to Addison and Dresser, the firm said its $200 an hour maximum charge was much less than the $600 or more the tribe’s new attorneys charged.

“We have openly discussed legals costs with the NABC over the years,” the firm wrote in its memo. “In fact, our services frequently focus on bringing additional revenue and resources to the tribe.”

The Lander firm generated millions of dollars — more than it has billed — through settlements over the years, according to the memo. And the firm always accounted for its charges in one- or two-page bills that the council approved and requested to avoid having to go through legal billings “many pages thick,” which would have contained confidential information the tribe wanted to protect, according to the memo.

The lawsuit comes after a divided business council fired many of its other longtime advisers in recent months amid allegations of wrongdoing.

The former advisers have all denied any wrongdoing. Addison and Dresser have supported the former advisers and opposed the decisions made by the majority of the council to fire them or not renew their contracts.

But in a letter signed by the other four council members that was posted on the tribe’s Facebook page alongside the announcement firing Baldwin, Crocker & Rudd, they said unnamed outside forces would no longer control the affairs and politics of the Northern Arapaho Tribe.

“For too long, the Northern Arapaho Tribe has been dominated by interests outside our community who have undermined our sovereign rights as people to govern ourselves,” the business council wrote in the letter. “These forces have made millions upon millions of dollars for themselves while our people suffer.”

In its memo, Baldwin, Crocker & Rudd said claims that it has attempted to control the tribe are false.

“We provide independent legal advice, including recommendations that the Council does not always like or want to hear,” the firm wrote. “Lawyers who are no more than ‘yes men’ provide a real disservice to their clients.”

Monday’s lawsuit wasn’t the first time a majority of the business council had accused the Lander firm of wrongdoing, either.

The council first decided to not renew the contract of its casino CEO Jim Conrad, claiming he had been uncooperative with efforts to evaluate his performance and had spent money on an audit from a gaming consultant without business council approval. Conrad’s contract expired June 30.

When it voted — not unanimously — to not renew Conrad’s contract, the business council also alleged that Rudd had been uncooperative with the review and had refused to return tribal documents and money, according to a May 23 post on Facebook explaining the decision.

The tribe told the Lander firm May 20 that it would no longer represent it in gaming issues, according to the lawsuit.

Then, on July 1, the business council fired its longtime lobbyist, Mark Howell, after the council claimed that Howell, without the council’s knowledge, created and funded a secretive lobbying campaign called the Wyoming Public Policy Center, which attempted to defeat legislation in Wyoming that would regulate and expand gambling in the state.

Howell and the two council members who didn’t sign Monday’s lawsuit documents, Addison and Dresser, have said the business council was aware of, and approved, the lobbying effort from the start.

They said half the money the firm gave back to the tribe has already been spent paying its expenses.

“Andy Baldwin, Berthenia Crocker and Kelly Rudd have provided outstanding legal work for the Northern Arapaho Tribe for over 35 years. They are honorable people,” Dresser said. “Any allegation that they are withholding Tribal funds or any property of the Tribe are false. The majority of the Council should be ashamed.”

If passed, the resolution would trigger a recall election of the tribe’s business council Chairman Lee Spoonhunter.

“Today, the people spoke. Our Tribe and our Ancestors are proud because this was tribal sovereignty in action,” the chairman said in a statement.

New leadership for the Northern Arapaho Tribe’s gambling enterprise say their goal is to get as much money back to the tribe as possible, a ch…

The law firm and attorneys that Northern Arapaho leaders and former casino managers sued last month say the lawsuit should be thrown out.

Northern Arapaho tribal money was used to create a secretive lobbying group that opposed gambling expansion in Wyoming last year. Tribal leaders have denied that they authorized -- or knew of -- the group's creation.

It's the second time in a year that the tribe has sued a law firm that previously represented its interests.

The Wind River runs along the outskirts of Riverton in October 2016. Monday, the Northern Arapaho Tribe filed a lawsuit against its former law firm, but the firm, and two members of the tribe's business council, deny any wrongdoing.