Officials: Killer said to camp where Wroe-Bechtel vanished in Wyoming
View Comments
Share this
{{featured_button_text}}
1 of 3 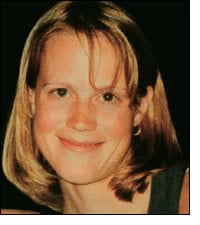 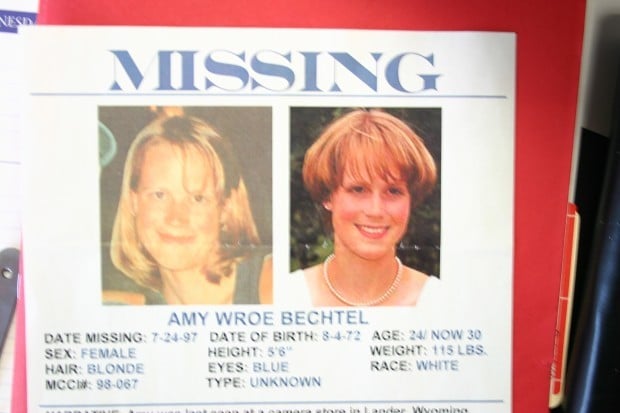 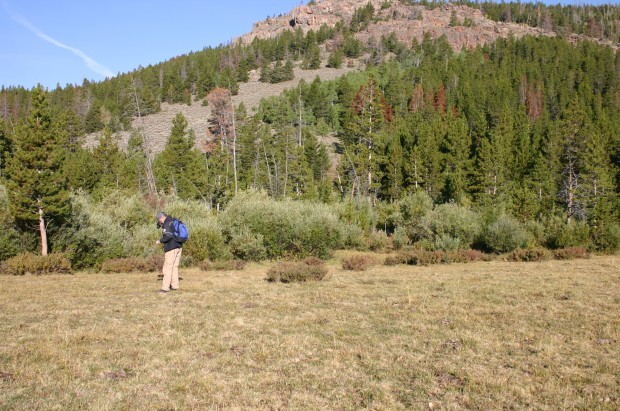 The search for Amy Wroe Bechtel continues in the Burnt Gulch area in September, 2011.

The brother of convicted murderer Dale Wayne Eaton had attempted to contact law enforcement earlier, but to little avail.

Shortly after the July 24, 1997 disappearance of Lander woman Amy Wroe-Bechtel, all eyes were on her husband, Steve Bechtel, said Detective John Zerga of the Fremont County Sheriff’s Office.

“I think our detectives who were working the case were so adamant that it was Steve that they weren’t looking in other directions,” Zerga said. “That upset the brother and his wife. I think that’s probably what happened.”

Zerga said he and a colleague went to talk with Eaton’s family members last summer, 15 years after Wroe-Bechtel vanished. Eaton’s brother told them that Eaton would often camp in the Burnt Gulch area around the time Wroe-Bechtel went missing.

Hours after her disappearance, Bechtel’s car was found on the Burnt Gulch Road turnoff in the mountains above Lander, according to previous Star-Tribune reports. That was where she reportedly went running the day she disappeared.

Few camped in the area, and few outside of Lander even knew about the area, Zerga said.

“If we could prove that Dale was in the area, that puts him at the number one lead,” he said.

Officials say they have no reason to not believe Eaton’s brother — he has nothing to gain by sharing this information and his wife corroborated his claims.

The idea isn’t a new one. Dale Wayne Eaton has been considered a suspect by officials and others for this and several other unsolved cases.

A month and a half after Bechtel’s disappearance, Eaton attempted to kidnap a family that had stopped for car trouble — a crime that earned him two to five years of probation after 99 days in jail, according to a Radford University study. It was after this incident that Eaton’s brother became convinced that Eaton was also responsible for Wroe-Bechtel’s disappearance, Zerga said.

On March 3, 2004, Eaton was found guilty of raping and murdering Lisa Marie Kimmell in 1988. A jury sentenced him to death but he has been appealing the conviction ever since.

Zerga said officials tried once again to talk to Eaton about three or four months ago.

He had a few choice words for the officials. None of them were useful.

“It took longer for us to introduce ourselves,” Zerga said. “Then he told us where to go.”

Eaton’s appeals aren’t quite yet exhausted, Zerga said. The inmate’s execution was stayed last year. The case is still tied up in federal court.

Zerga said he and others on his team have dabbled in unconventional investigative methods including the use of a psychic.

That person took authorities up to the Burnt Gulch area again in late October where she felt a “high energy.” Zerga said he’s received about a dozen of calls from psychics and takes all tips into consideration.

“I honestly believe there is someone out there with information,” he said.

If law enforcement can prove Eaton was responsible, Zerga said he doubts the death row inmate will face any further charges.

The search for Amy Wroe Bechtel continues in the Burnt Gulch area in September, 2011. 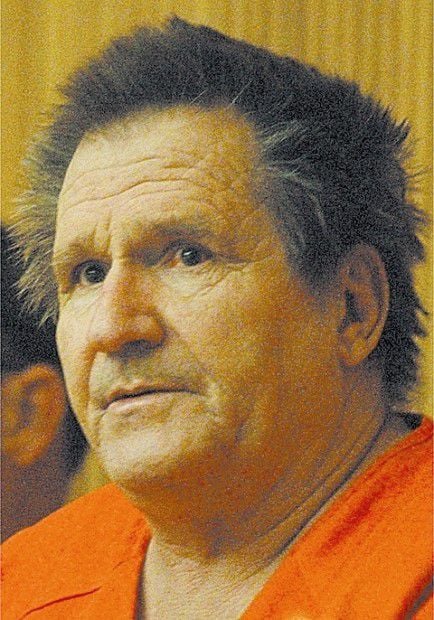