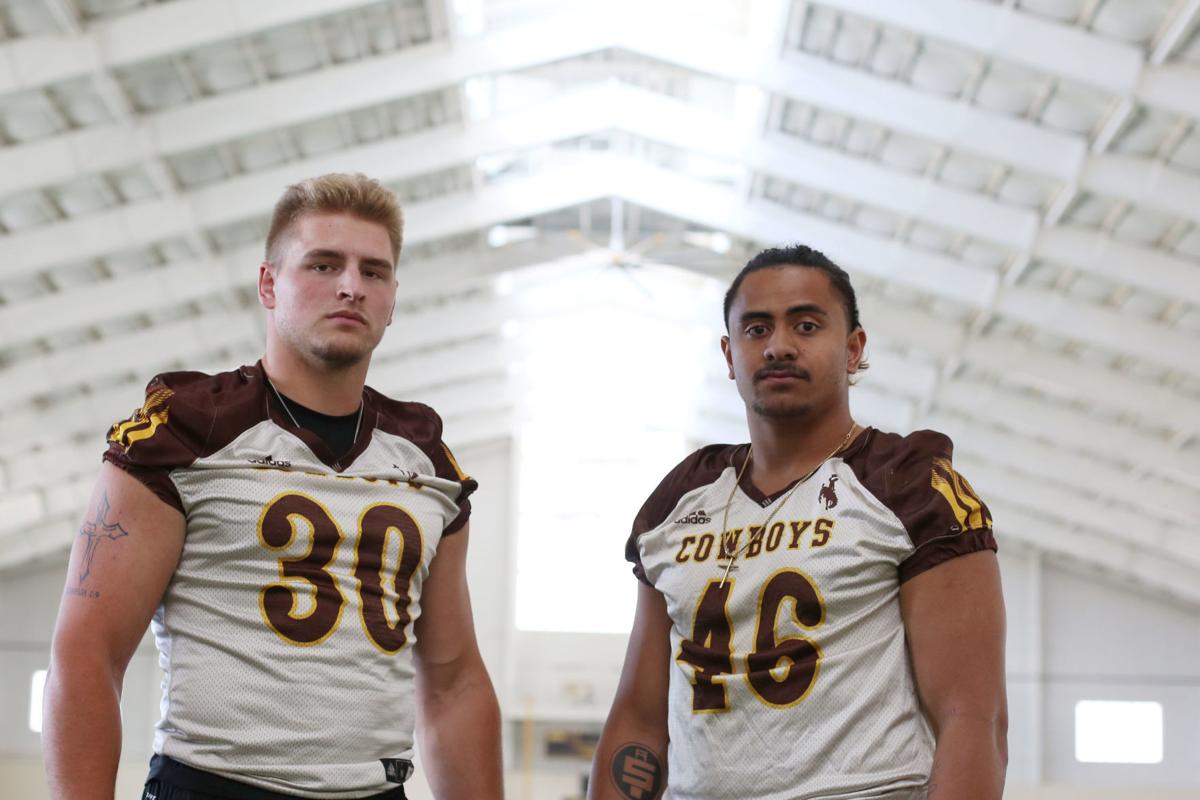 Wyoming linebackers Logan Wilson (30) and Cassh Maluia pose for a portrait during fall media day at University of Wyoming in Laramie on Aug 2, 2019. Both were taken in the NFL Draft over the weekend after combining for 618 career tackles. 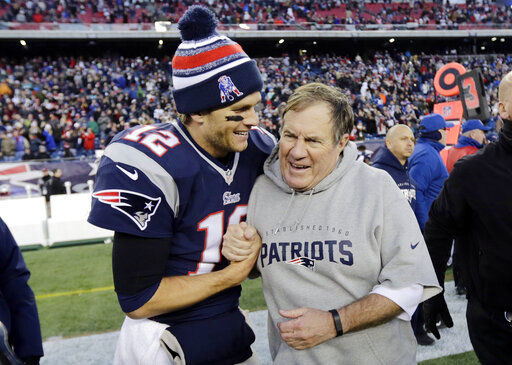 LARAMIE — The New England Patriots — head coach Bill Belichick, more specifically — are known for searching every corner of the country to discover talent off the beaten path that may be able to further help the NFL franchise that’s been the gold standard of late.

Former running back Danny Woodhead, who played his college ball at Division II Chadron State, made a name for himself when he signed with the Patriots as a free agent and scored a touchdown in Super Bowl XLVI. In the seventh round of the 2009 draft, New England took Kent State receiver Julian Edelman, who’s won a Super Bowl MVP and played in three of them.

The Patriots selected safety Kyle Dugger of Lenoir-Rhyne, another Division II program, with their first pick this year. And during the pre-draft process, photos of Belichick standing in the rain to scout little-known Tyshun Render at Middle Tennessee State went viral.

Another breeding ground outside the Power Five landscape that New England’s six-time Super Bowl-winning coach is familiar with is Wyoming, which produced two draft picks at the same position in the same year for the first time since 1989.

New England snagged one of the Cowboys’ draft-eligible linebackers when they drafted Cassh Maluia in the sixth round, but Belichick and the team’s scouting department were also familiar with Logan Wilson, who formally interviewed with the Patriots at the NFL Scouting Combine in February.

“That was a pretty good tandem,” Belichick said during a post-draft conference call with Boston-area media.

New England’s first pick in this year’s draft didn’t come until the second round, but some trades helped the Patriots acquire three third-round selections. Given their need at the position — they ended up drafting three linebackers — the Pats could’ve targeted Wilson had he lasted that long.

But Wilson, the more touted of UW’s linebacker prospects, came off the board when the Cincinnati Bengals used the round’s first pick on him.

But New England also talked to Maluia during the pre-draft process. The Patriots were one of 23 teams to send a scout to UW’s Pro Day on March 10 and met with him then. They went tight end, kicker and offensive line with their five previous picks after taking linebackers Josh Uche and Anfernee Jennings at the end of the second round and the end of the third, respectively, though both are edge rushers.

With Maluia still available in the back half of the sixth round, the Patriots scooped him up with the 204th overall selection. The 6-foot, 248-pound Maluia, a three-year starter who tallied 197 tackles at UW, could provide depth at the position and is a prime special-teams candidate as a late-round pick.“I like to describe my play as aggressive and hard-nosed,” Maluia said. “I’ll do whatever I can for the team.”

Wilson is in position to contend for a spot in the Bengals’ linebacker rotation immediately. Cincinnati signed veteran free agent Josh Bynes earlier this offseason and drafted two more linebackers, Akeem Davis-Gaither and Markus Bailey, though Bailey is coming off a torn ACL last season at Purdue.

Wilson, a first-team all-Mountain West performer and Butkus Award finalist last season, finished fourth in school and MW history with 421 tackles, but it’s the Casper product’s speed and coverage ability at the second level of the defense that also have people around the league believing Wilson is a plug-and-play candidate.

“I think you’re going to look back five years from now, and we’re going to talk about this being one of the best picks in this year’s draft class,” draft analyst Daniel Jeremiah said during ESPN’s draft broadcast. “He’s just got phenomenal cover ability. His ability to be an athlete, move in space, match up, and range sideline to sideline. You just see all this high school athleticism.

“He’s quick to see it, sort it, and then he goes. There’s no hesitation to his game whatsoever. And when you’re in a division with (Baltimore Ravens quarterback) Lamar Jackson, you better be able to play sideline to sideline and make plays. That’s what Logan Wilson does.”

This year makes it five out of six in the Craig Bohl era that UW has had at least one player drafted. That includes first-round pick Josh Allen, who became the highest-drafted player in program history when the Buffalo Bills took him seventh overall two years ago.

It would make sense that Belichick and other personnel around the league will continue keeping an eye on UW for next-level talent.

“It’s a good program,” Belichick said of Bohl’s program in 2017. “And they play good competition.”

What they're saying nationally about the Cincinnati Bengals drafting Logan Wilson

The pick generated plenty of buzz inside -- and outside -- of the Cowboy State.

With both starting linebackers drafted, what's next for Wyoming at the position?

Chad Muma will take over at MLB, but there's far more uncertainty on the outside.

Wyoming linebackers Logan Wilson (30) and Cassh Maluia pose for a portrait during fall media day at University of Wyoming in Laramie on Aug 2, 2019. Both were taken in the NFL Draft over the weekend after combining for 618 career tackles.