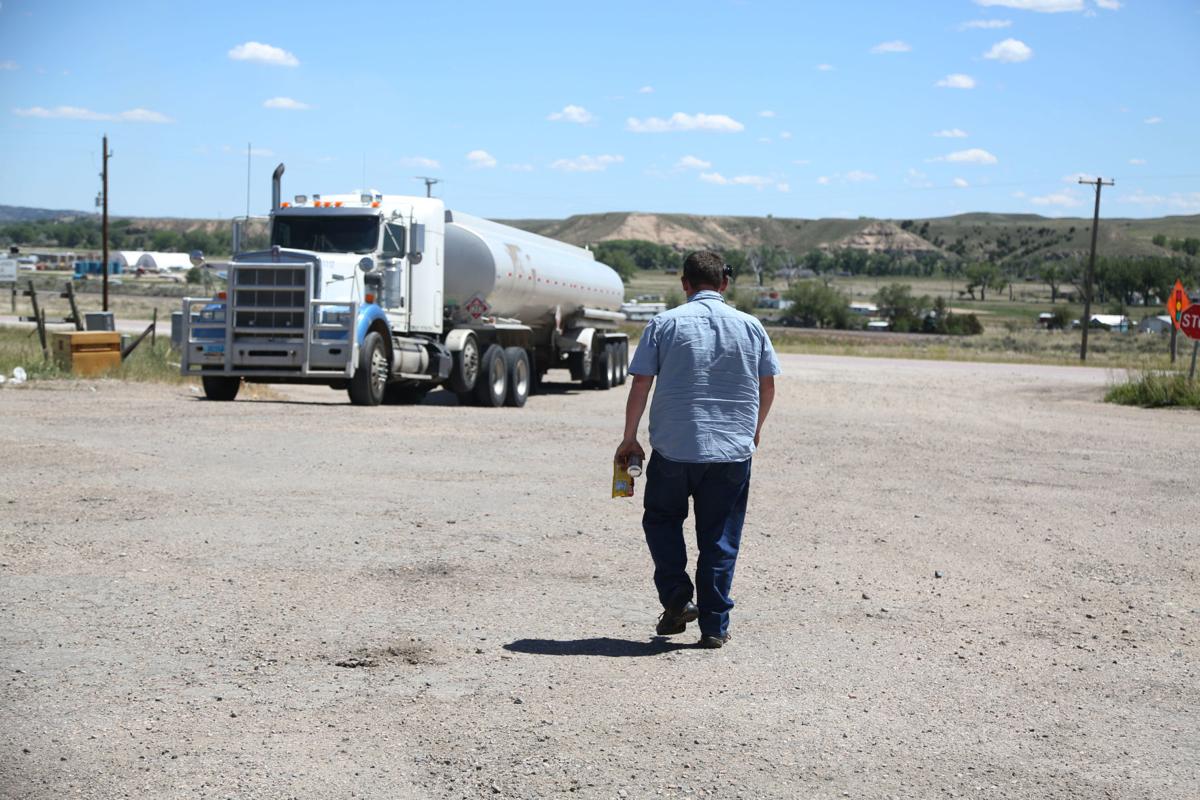 Trucker Patrick Brady walks back to his rig parked outside the Sinclair gas station and truck stop in Orin Junction on Thursday. Brady drives Interstate 25 regularly, and with the closing of the rest stop at Orin Junction and several others throughout the state, he will have to be strategic about his stops since there are limitations on where he is allowed to park his rig. 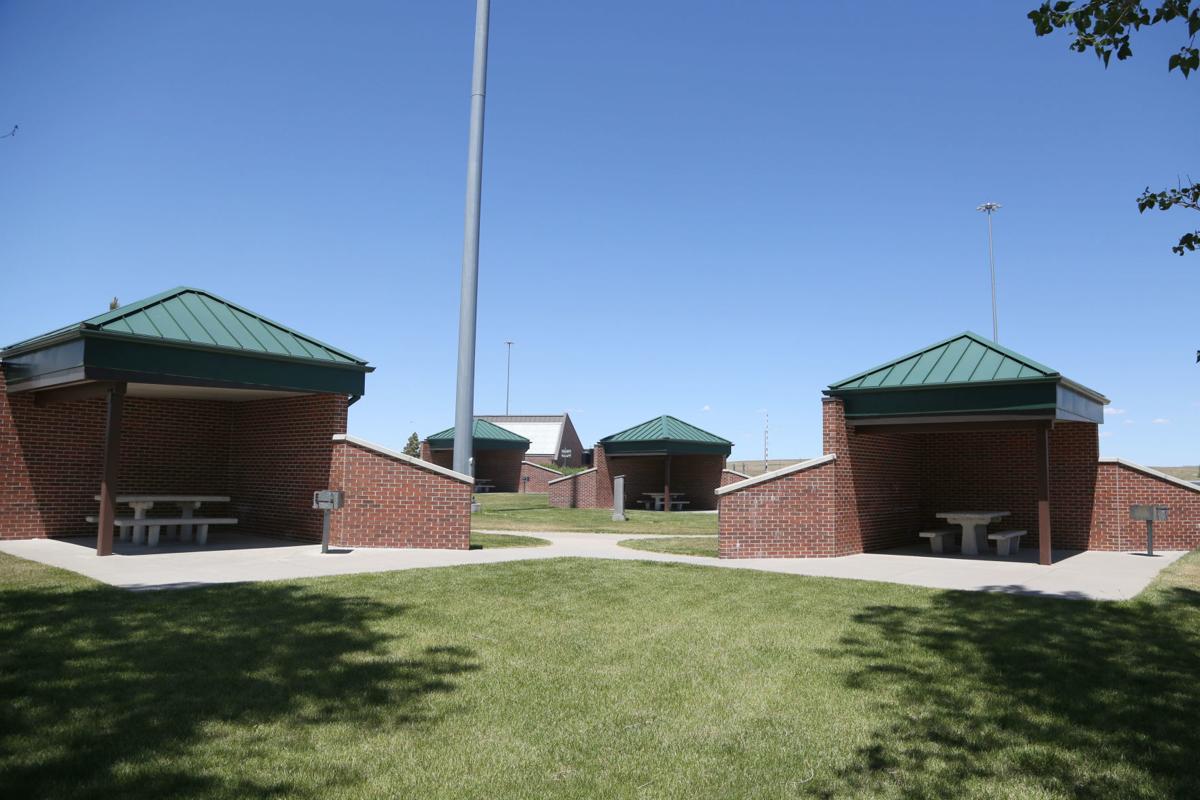 Picnic tables sit empty at the Orin Junction rest stop Thursday along Interstate 25 in Wyoming. The rest stop and several others around the state will close Monday due to budget cuts. 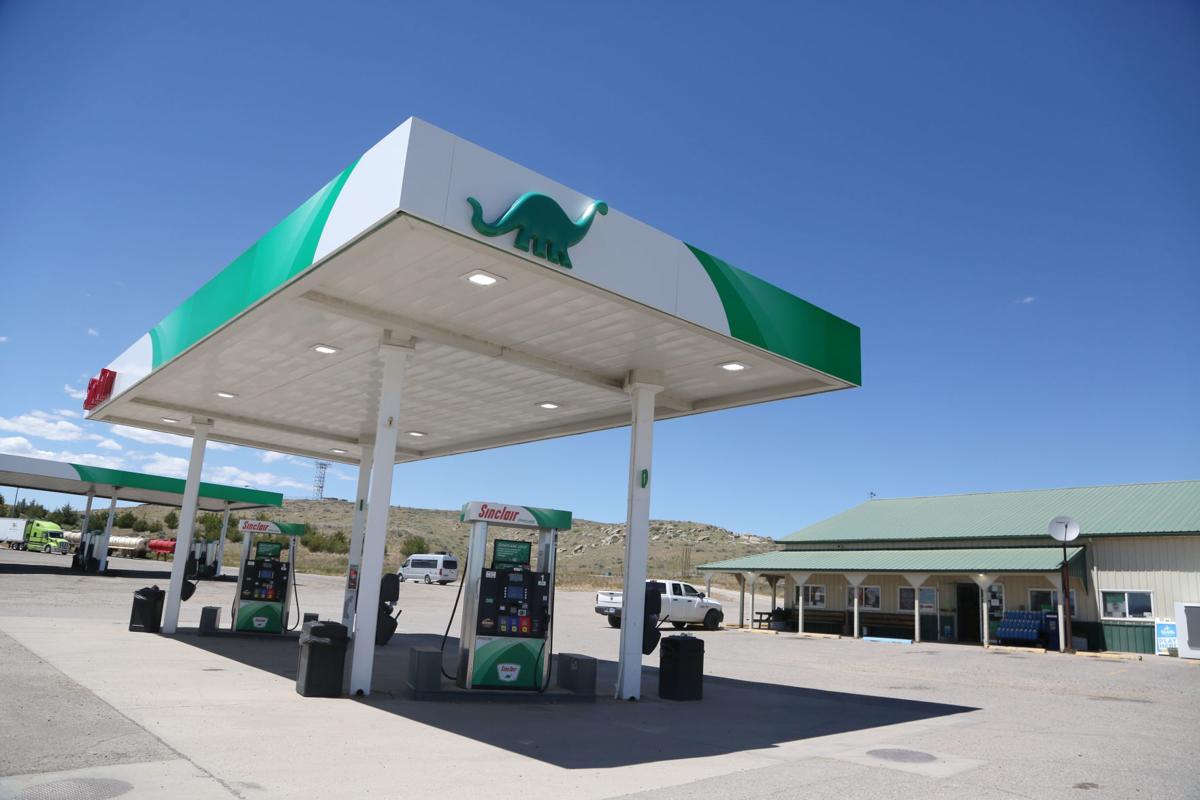 The Sinclair gas station at Orin Junction Thursday, June 11, is expected to take on more traffic with the pending closure of the rest stop. 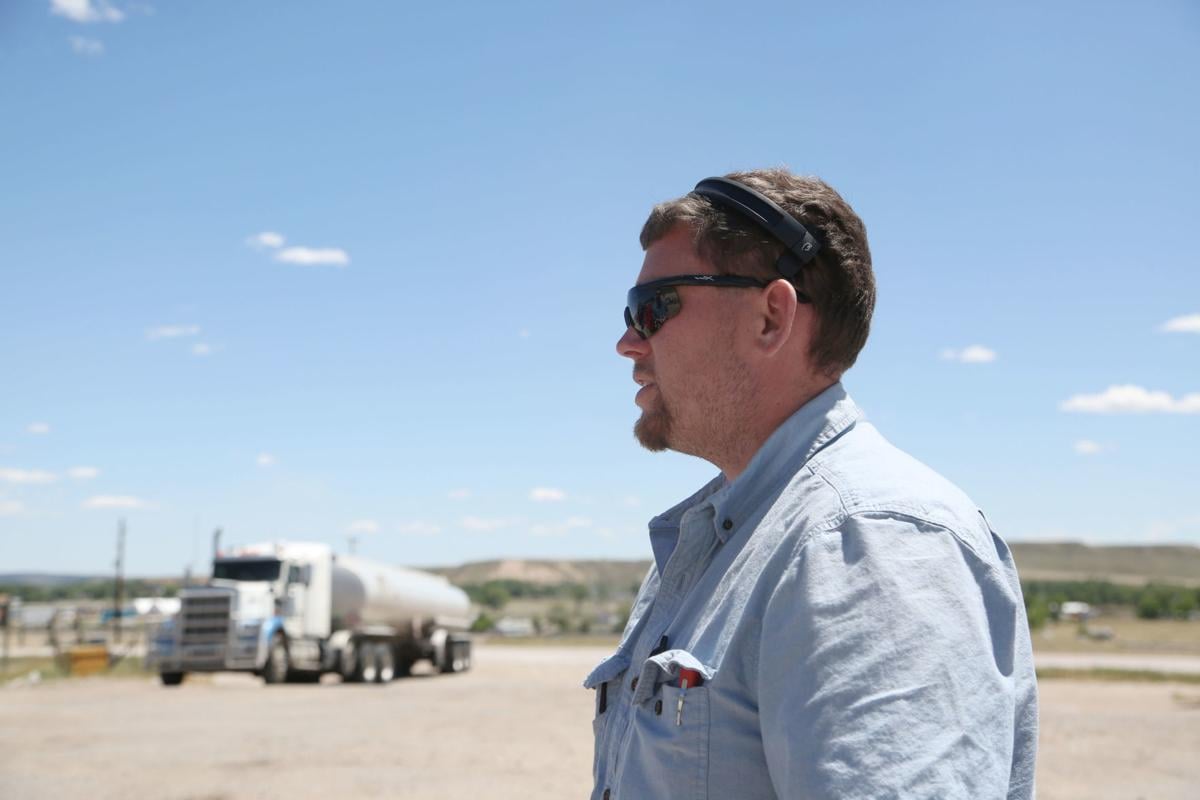 Patrick Brady, a long haul trucker, talks about his route and how important rest areas can be for truckers in the business during an interview in Orin Junction Thursday, June 11.

Like every trucker with a dedicated route, he quickly learned every mile of the weekly, 500-mile round trip up Interstate 25, across the plains and over the Black Hills to Rapid City, South Dakota. Over months of repetition, he now knows where to eat, where to check in, and most importantly, where to stop when sleep – or nature – calls.

While private businesses and the occasional parking area off the highway have their uses, they can only go so far, Brady said. The big parking lots and amenities of the 37 Wyoming rest stops provide a needed oasis for tired and weary arbiters of interstate commerce. For him, they’re critical infrastructure, a safe place for him to safely park his 10,000-gallon oil tanker, and a convenient respite.

“Having places to stop is big,” he said Thursday, while standing in a dusty parking lot of a truck stop off the interstate.

For decades, the Wyoming Department of Transportation has footed the bill for the rest stops strategically scattered throughout the state. Some offer spectacular views – such as Diversion Dam between Riverton and Dubois – while others act as de facto museums, like the complex at Independence Rock. While some are simple, brick buildings with vending machines, not all are created equal. Some areas featuring fire pits, dog runs and even playgrounds to help families break up the monotony of the road. In Moorcroft, the green grass and 100-year-old cottonwood trees of the riverside rest area have even become integral parts of the community, serving as an public park for locals as well as travelers coming through the region.

“It’s right down by the river, it’s very nice,” said Cheryl Schneider, the town clerk. “I’ve utilized it before myself, when we’ve had big family get together ... It’s used a lot.”

But they’re also expensive, with maintenance costs ranging upwards of $70,000 per year just to keep the lights on, haul the trash and mow the grass. Those expenses represent low-hanging fruit at a time when Wyoming is expected to slash the cost of government by roughly 20 percent.

On Monday, WYDOT will officially close down nine of these rest areas around the state, with a 10th set to close in August, in an effort to slash roughly $790,000 per year from the agency’s budget. It’s a drop in the bucket, particularly given that the state is facing a revenue decline of $1.5 billion. Still, the closures are also an indicator of just how difficult even the smallest reductions in spending can potentially be.

Some communities have come to depend on their rest areas as a critical part of their economic development plans, even using them as a means to attract tourists into town. For years, the town of Chugwater’s economic development group has stationed volunteer greeters at the rest area in an attempt to lure people into town. A gas station sits just across the street, which travelers will often visit after the rest stop.

“It’s always been viewed as a way to get people to stop in Chugwater, get your business in front of them a little better, and generate a little commerce,” said Rep. Dan Kirkbride, R-Chugwater. “It’s been a good thing.”

Criticism of the closures has been swift and forceful. Nearly 200 people commented on a Facebook post from Devil’s Tower Sen. Ogden Driskill after the state announced two rest stop closures in his district, with many fearful of the potential community impacts that could come from a lack of facilities for out-of-state travelers. At least one candidate for the Wyoming Legislature, Bear River Republican Lyle Williams, suggested on social media that the closures were a means to “impress upon the lowly citizenry how bad it is and just how desperately we need to increase taxes,” rather than cutting spending elsewhere.

To those impacted directly by the cuts, however, it’s simply a sign of the times. When Driskill called him to break the news, Moorcroft Mayor Dick Claar said he was disappointed but, ultimately, not surprised. Reductions have been a long time coming, he said, and even before the crisis, WYDOT was already looking to shut down the rest stops in an effort to offset tens of millions of dollars in road maintenance costs.

Claar said Driskill told him that the state needed to start tightening its belt and had to begin somewhere.

“And, I hate to say it, but I understand their point of view,” Claar said. “They’ve got to start somewhere. Because they’re probably gonna have to raise taxes somewhere else.”

Other towns are fighting back. In Chugwater, local officials are planning to take on the costs of their rest stop through Labor Day, an effort to salvage some dollars from the tourist season after unprecedented drops in revenue stemming from the COVID-19 crisis. But what happens afterward, when there’s no money left, nobody to pick up the trash, or no one to mow the lawn?

“I think there will be lots of things that people value and utilize that will have to go away unless we can find some way to come up with some more revenue,” Kirkbride said. “People are either not gonna like them, or maybe they’ll grow to accept them, but good things are going to be lost. This is just one small example in one small community and what that feels like.”

With steeper cuts ahead, one thing is certain: similar stories are only going to keep coming.

Because of the funding concerns spurred by the COVID-19 pandemic, the pared-down legislation will likely omit a large number of the projects that had previously been up for debate.

Committees had been in the process of drafting bills to add nonprofits to the state's business relief packages, allow workers whose hours were cut to seek unemployment benefits, and offer the oil and gas industry tax breaks, among other things.

The bill would have forced county health officers to justify their public health orders in court. Critics feared it would have inserted politics into medical decisions.

The move will immediately save the state nearly $200,000 through September.

The announcement comes as the state anticipates revenue declines of approximately $1.5 billion over the next biennium — a number Gordon said could potentially worsen when updated projections are released in July and October.

307 Politics: Nurturing nature and other news

A bill that would address a maintenance backlog in the national parks system is advancing.

State government workers begin to return, but some supplies are lacking

As workers return, the state appears to be lacking in some supplies to help stem the spread of the virus.

Trucker Patrick Brady walks back to his rig parked outside the Sinclair gas station and truck stop in Orin Junction on Thursday. Brady drives Interstate 25 regularly, and with the closing of the rest stop at Orin Junction and several others throughout the state, he will have to be strategic about his stops since there are limitations on where he is allowed to park his rig.

Picnic tables sit empty at the Orin Junction rest stop Thursday along Interstate 25 in Wyoming. The rest stop and several others around the state will close Monday due to budget cuts.

The Sinclair gas station at Orin Junction Thursday, June 11, is expected to take on more traffic with the pending closure of the rest stop.

Patrick Brady, a long haul trucker, talks about his route and how important rest areas can be for truckers in the business during an interview in Orin Junction Thursday, June 11.