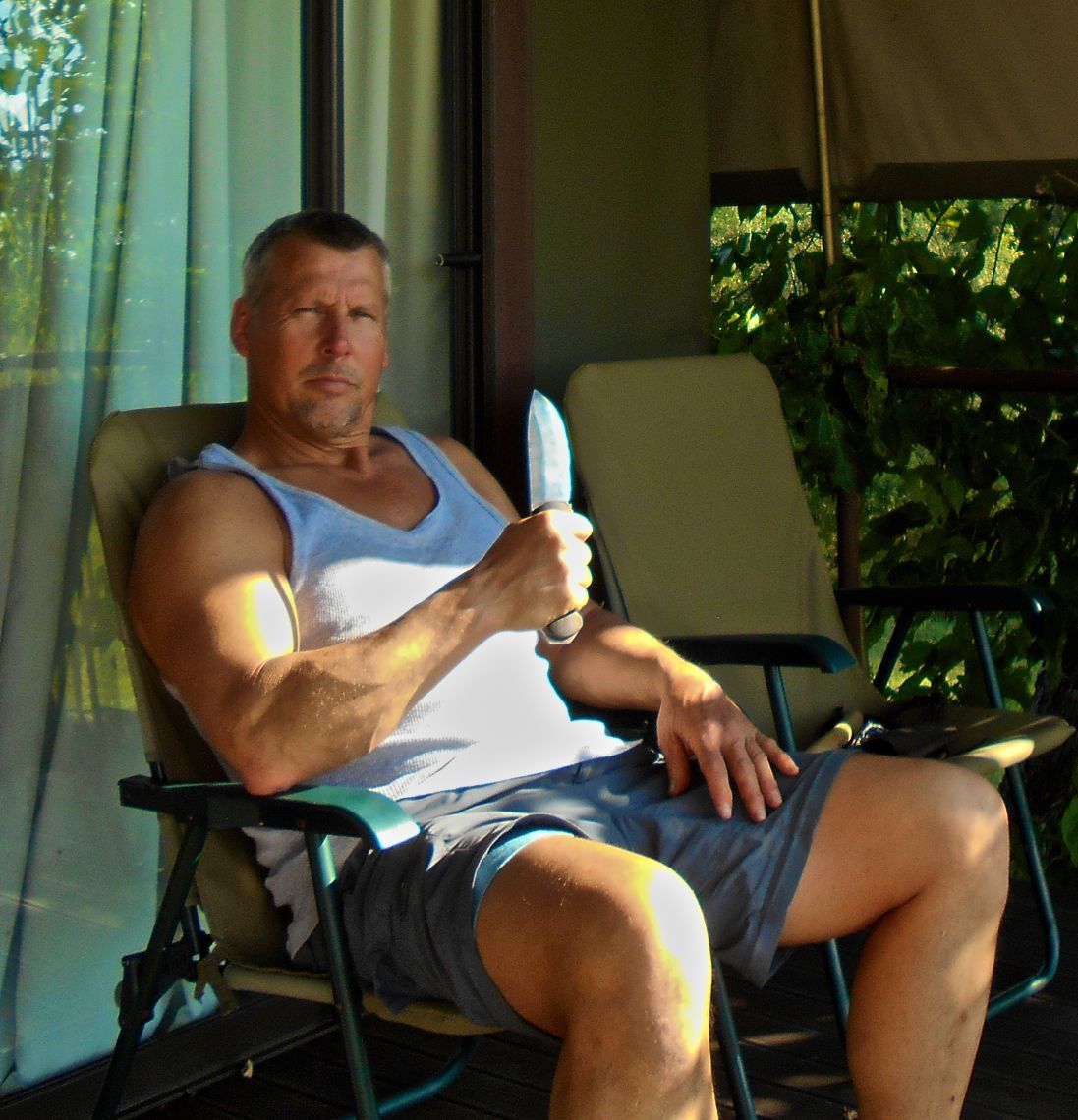 Joe Brandl, 55, is a Dubois native. He was selected to be on Discovery’s reality TV show, “Naked and Afraid,” which was filmed in Namibia, Africa in April. 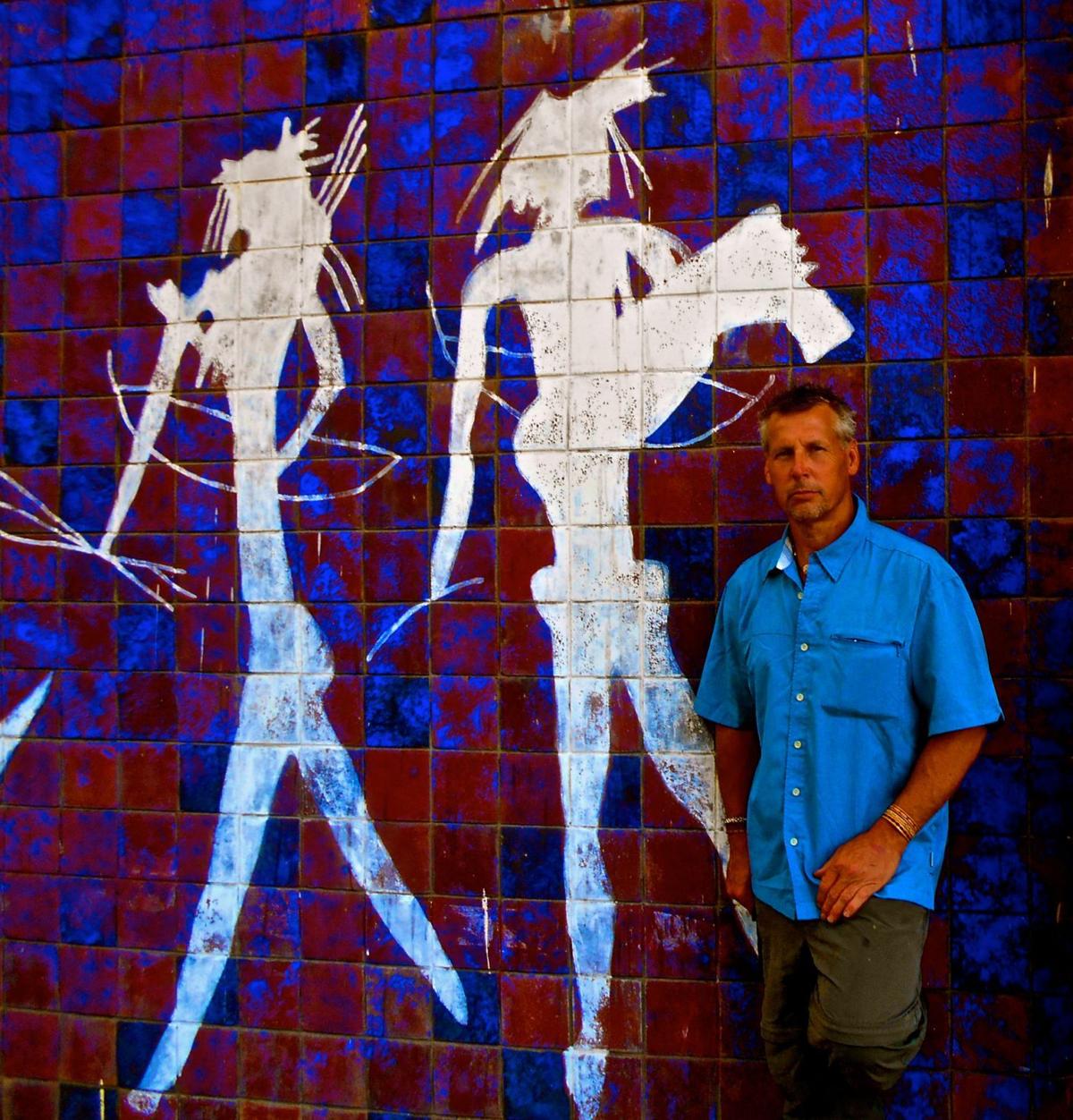 Joe Brandl, 55, is a Dubois native. He was selected to be on Discovery's reality TV show, "Naked and Afraid," which was filmed in Namibia, Africa in April.

Dubois resident Joe Brandl survived three weeks in the Namibian wilderness with almost nothing but the things he and his teammate, Andrea Lopez, could build themselves. Their adventure was filmed for the Discovery Channel reality program, "Naked and Afraid."

Brandl spoke recently about the experience, from concerns about parasites to having hippos for neighbors.

What was your mindset going in?

Were you afraid of anything before heading to Namibia?

The only thing I was afraid of was picking up a parasite. I’ve read about particular parasites. We asked about it. We were near more fresh water than stagnant. I was just worried about picking up some type of parasite in a third-world country that was going to affect me the rest of my life. That’s a real issue in any survival situation. As for snakes, spiders, bats, lions, leopards, tigers -- none of that bothered me.

What happens if something goes terribly wrong and you’re in danger? Is there help nearby?

Safety-wise, we were in Africa on this island, surrounded by swamp that had a lot of hippos in it. You don’t just wander out there with just a knife in your hand and a film crew following you around when you have hippos, and possible crocodiles and who else knows what other predators. So there were professional hunters. One during the day, any time we went into the swamp. (The hunter) would come over and stand on the shore with his rifle. If we wandered out of sight, wandered around the swamps, he would follow, and he would wade into the water after us with his gun above his head. At night there were two professional hunters. And of course there’s always a medic available. But they’re within radio reach if you had to have them. Anything can happen, though. There was nobody there at night when the hippos grazed right next to our shelter, and the nearest professional hunter was over a half-mile away.

What was your approach with the hippos?

We didn’t mess with them. We weren’t scared of them. When it was a full moon toward the end of the 21 days, we’d sit outside our shelter at night, we could see a cow and calf. They were probably 20 to 25 yards away, grazing. They’d stop and look at us. You could see a big bull out there. You couldn’t go wander around at night. Hippos kill more people than any other animal in Africa.

Does Discovery pay you to do this?

They do. They pay you so much per day. If you make it 21 days, you get the full amount. It’s around $7,500. And of course they pay for all your traveling.

What’s next? Will you be on another survival show?

I’ve got a couple other survival shows or adventure shows that I’ve been contacted by. I think doors will probably open up for me because of this. But even if it doesn’t, my life’s pretty darn good. I’ve got an amazing life, two great sons. Life is good.

It was always Joe Brandl’s dream to someday be on a survival reality show.

Joe Brandl, 55, is a Dubois native. He was selected to be on Discovery’s reality TV show, “Naked and Afraid,” which was filmed in Namibia, Africa in April.

Joe Brandl, 55, is a Dubois native. He was selected to be on Discovery's reality TV show, "Naked and Afraid," which was filmed in Namibia, Africa in April.