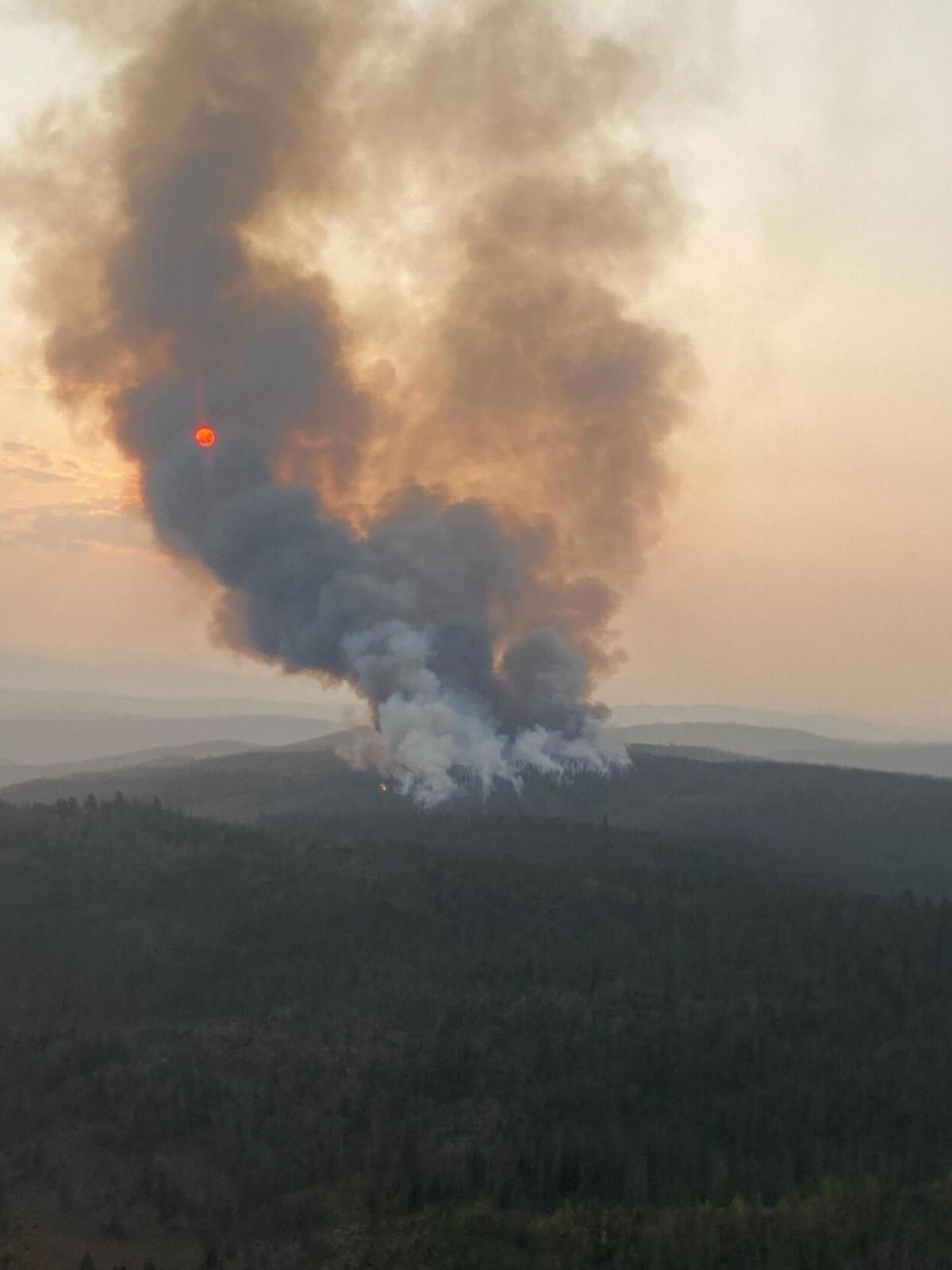 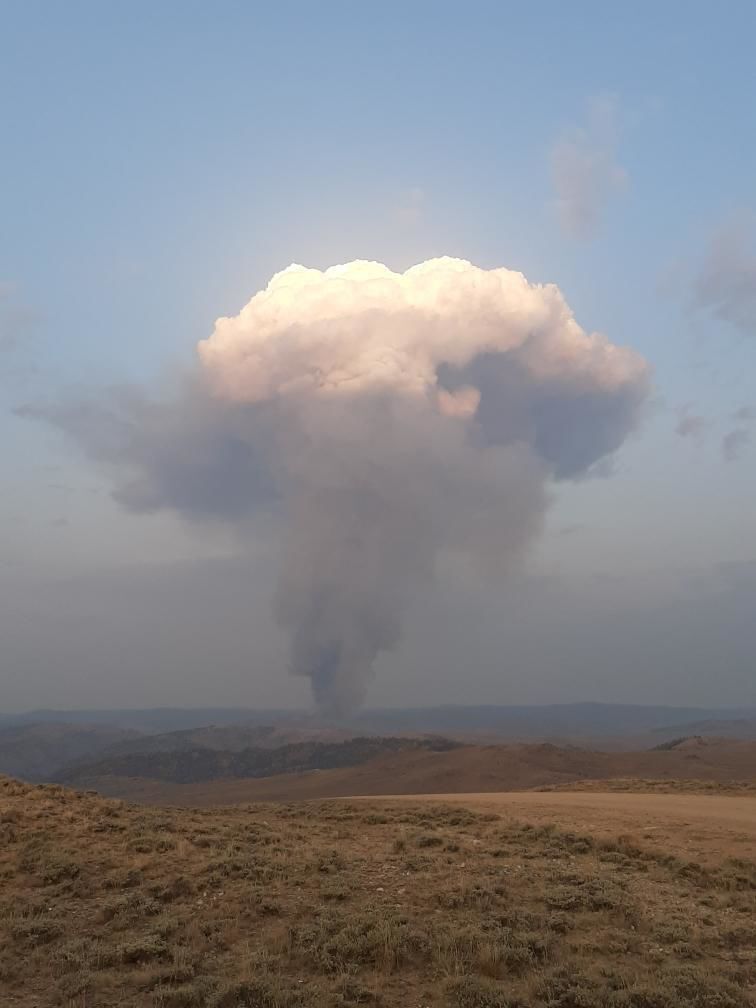 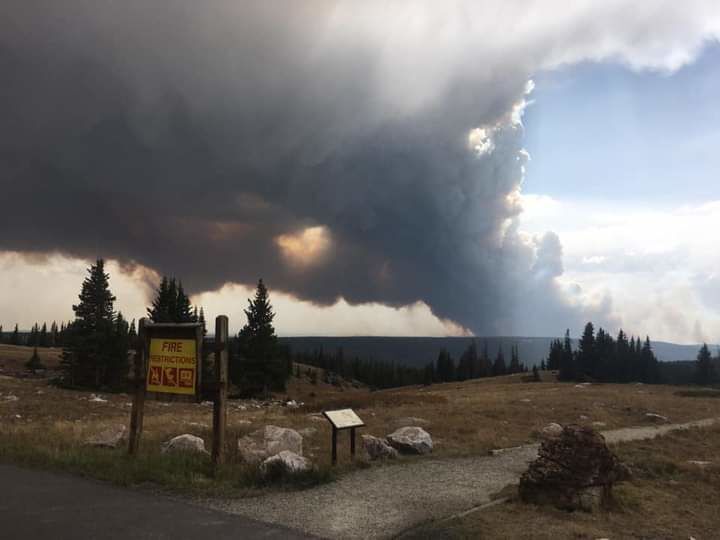 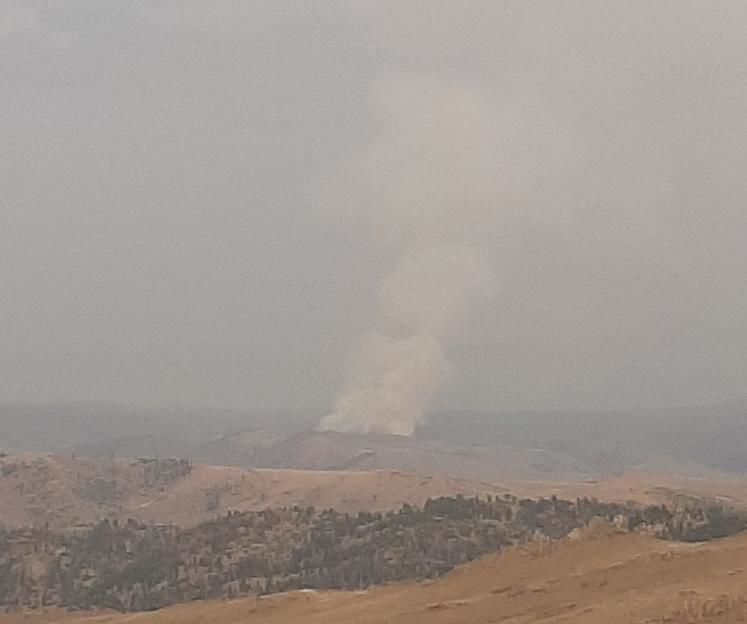 The Mullen Fire in Medicine Bow National Forest has grown to nearly 14,000 acres. We will update this story throughout the day with the latest information on the fire west of Laramie.

Smoke visible from a distance

Some shots of smoke from the #MullenFire from WYO 230 between Encampment & CO state line and from WYO 130 near Centennial. For latest USFS fire updates, closures, evacuations and other information visit https://t.co/vzXSalb5Dk or follow @FS_MBRTB pic.twitter.com/kmOCoHc70P

The fire has crossed the 500 Road on the north side, according to an afternoon update from the National Wildfire Coordinating Group's InciWeb site. Albany County has evacuated the Lake Creek community, according to the update. The fire is active on the south in the Sheep Creek drainage. It has slowed after coming out of the wilderness.

A mapping flight later Monday will provide updated information about the fire's size.

InciWeb remains the main source of info for #MullenFire_WY. As seen in this pic some areas have been burned severely, #MedicineBow NF https://t.co/G8IOfIXhjH pic.twitter.com/6lT5BlRBIM

Members of the public Facebook group "Wyoming through The Lens" shared these photos of the Mullen Fire and smoke in the surrounding areas of southern Wyoming: 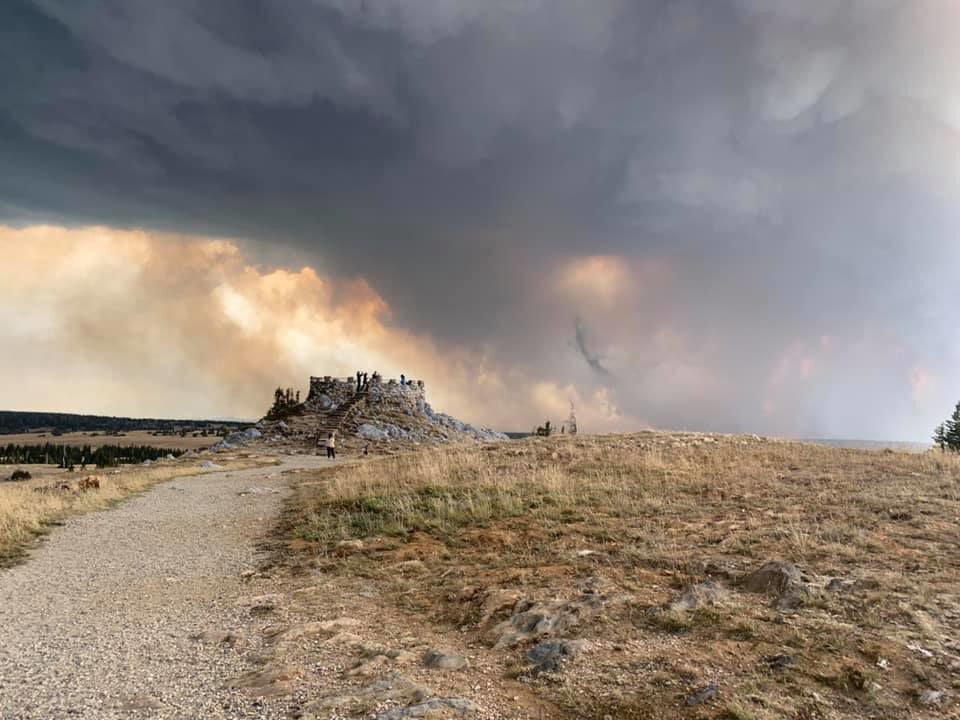 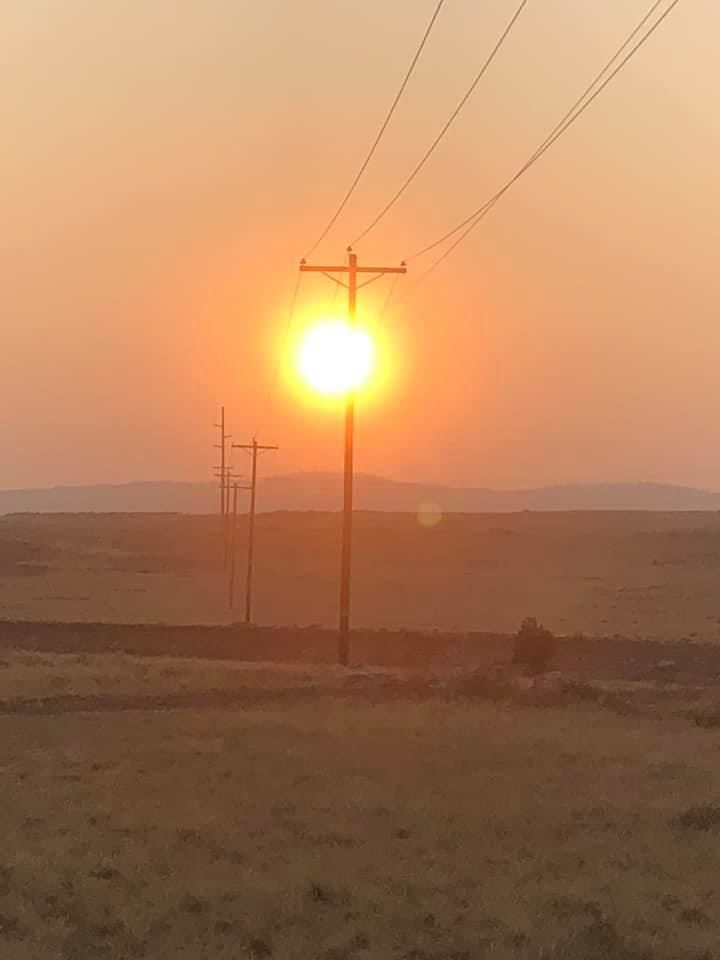 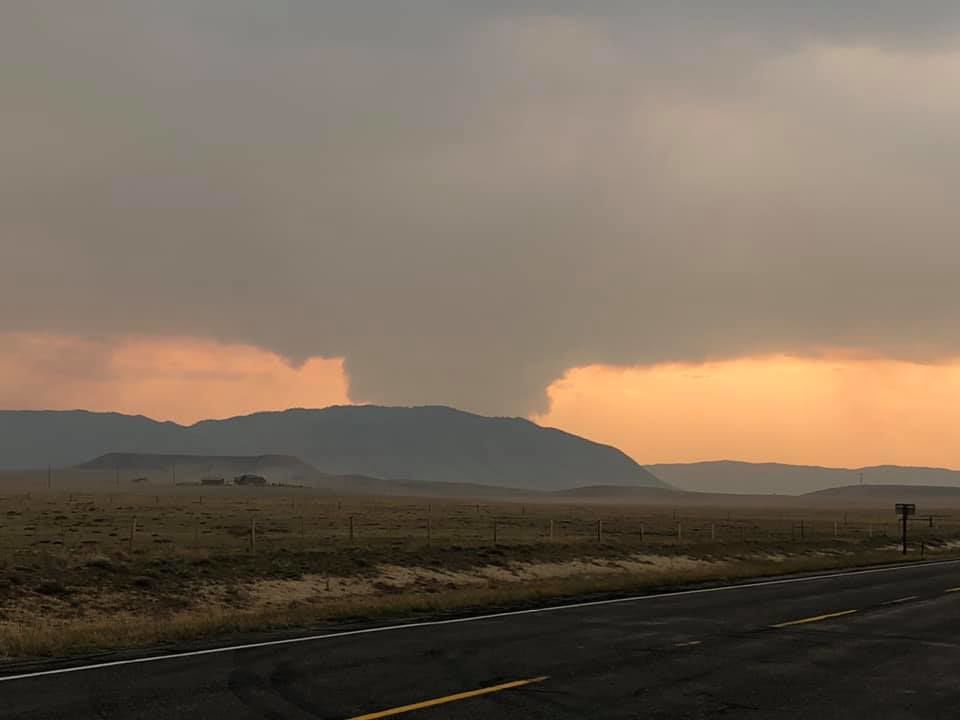 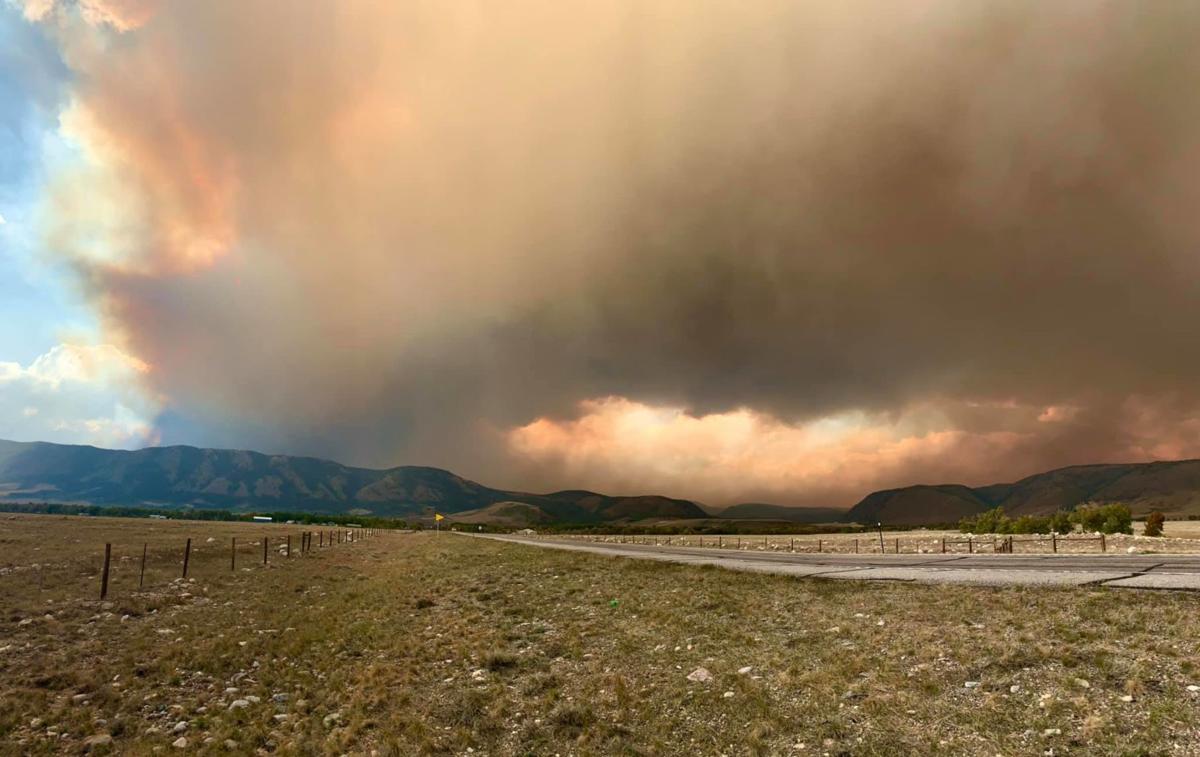 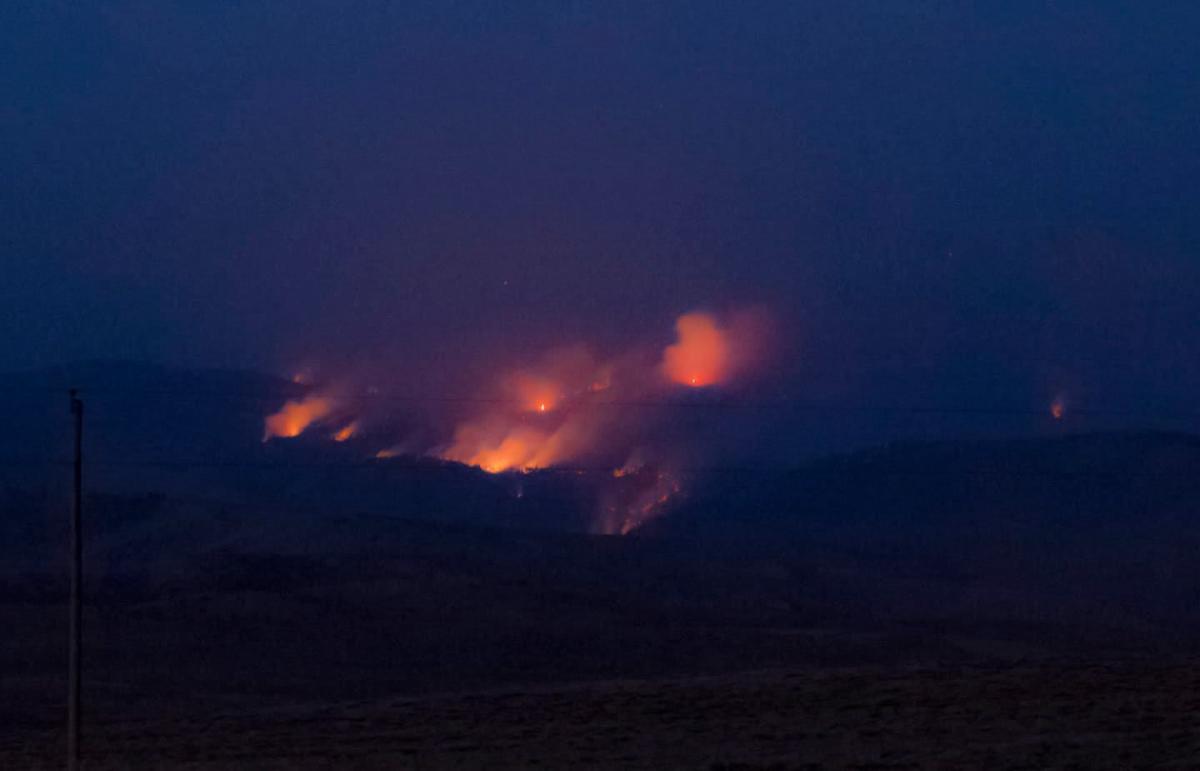 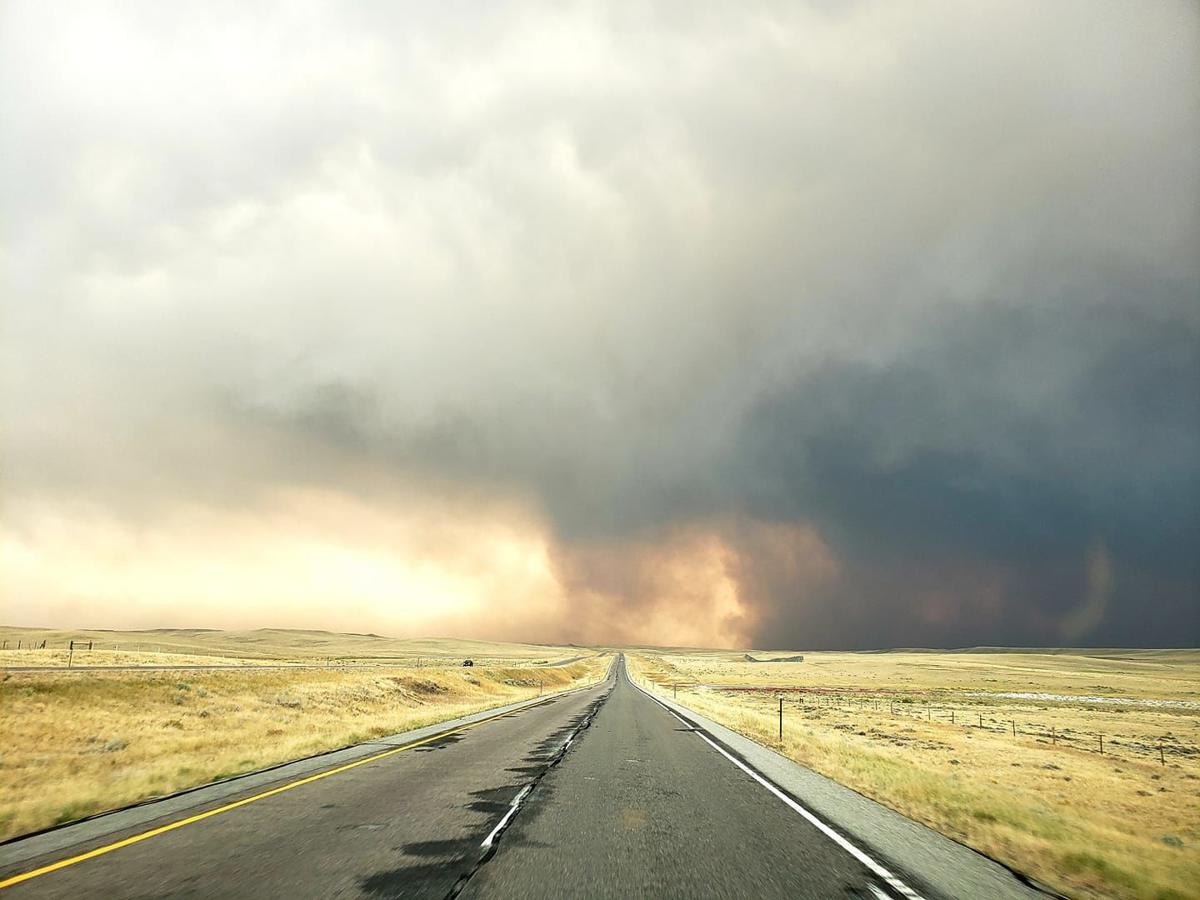 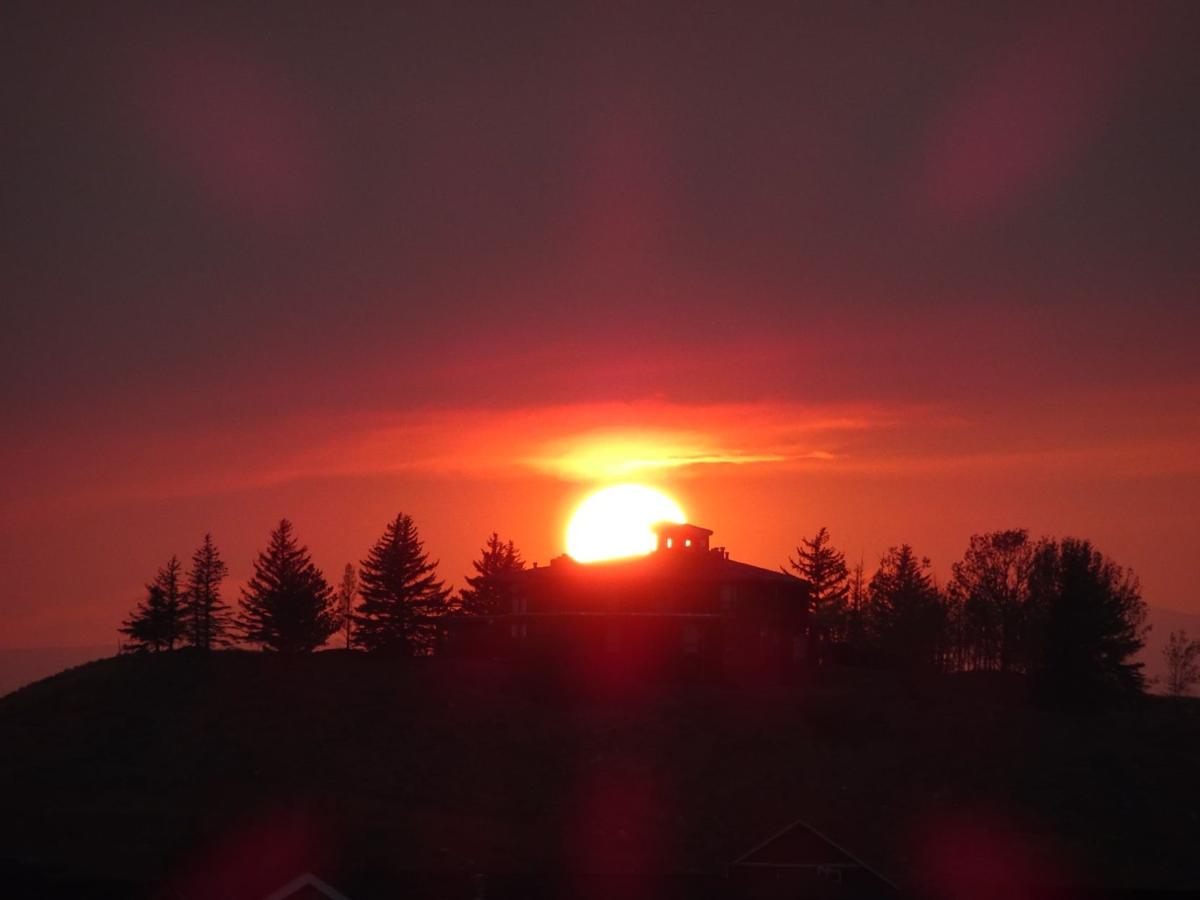 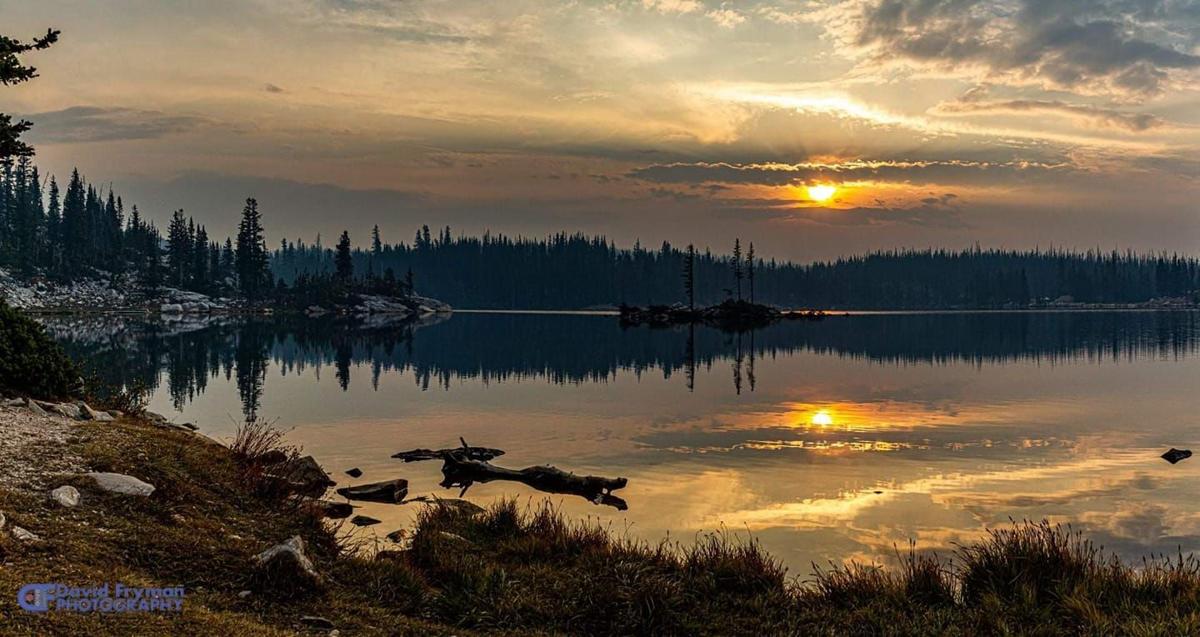 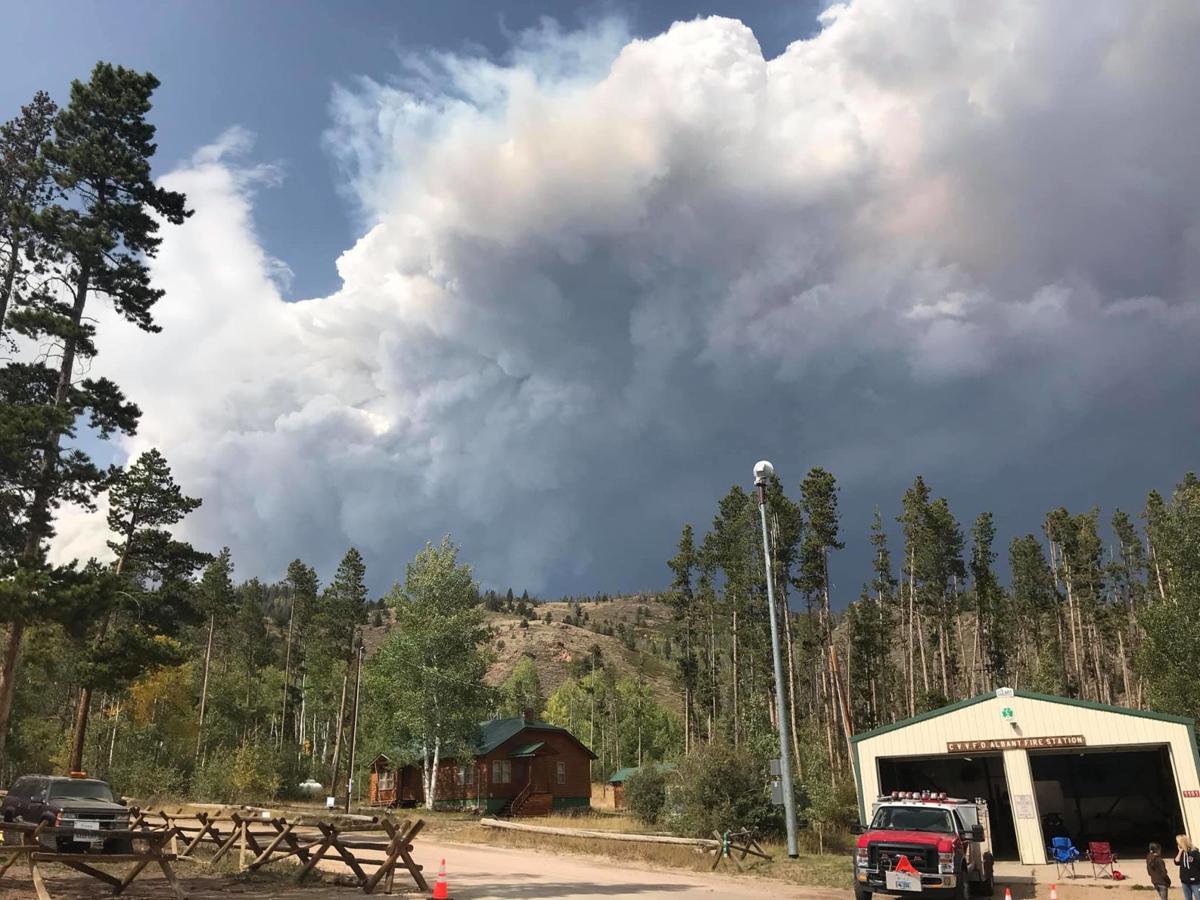 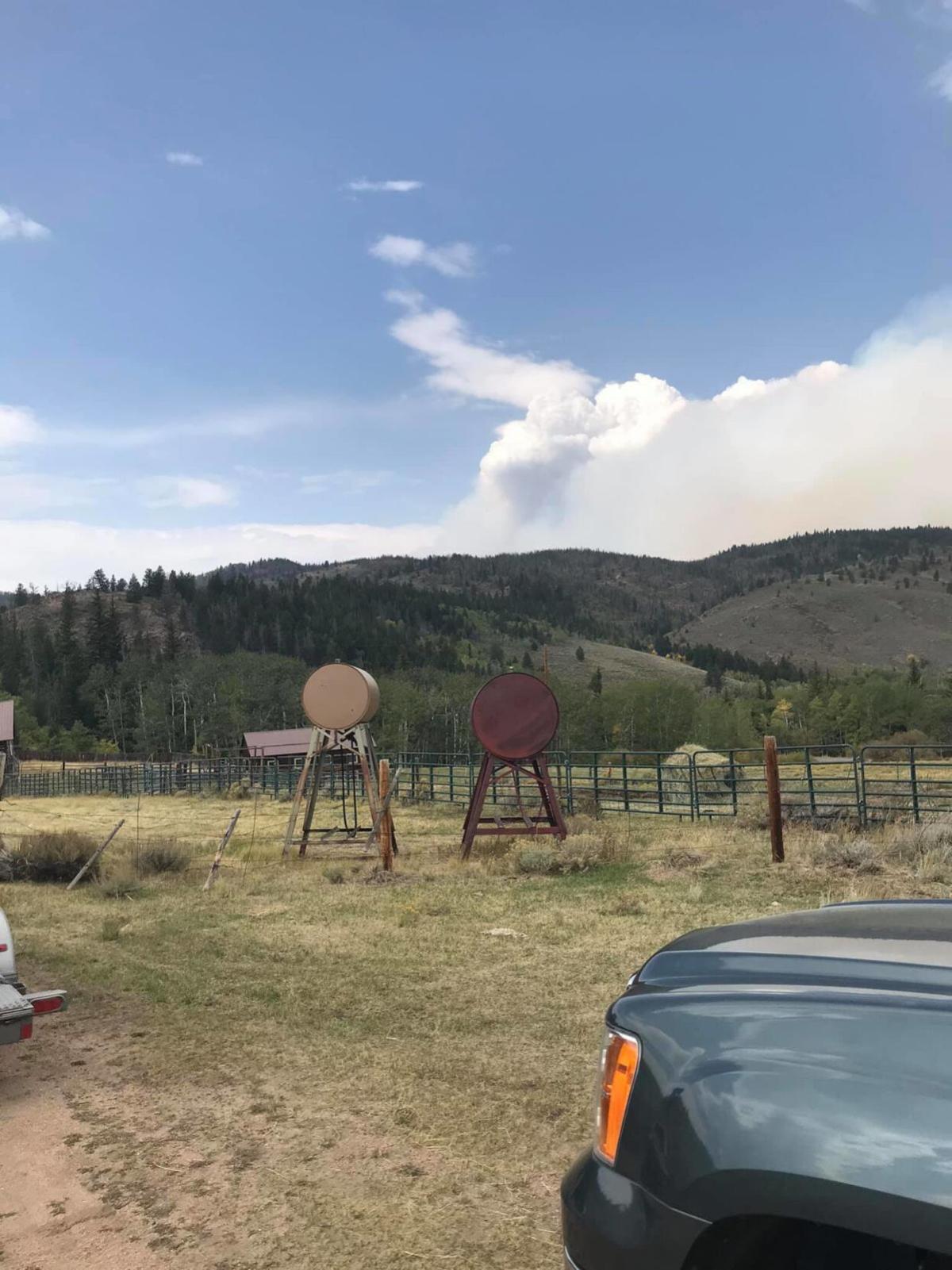 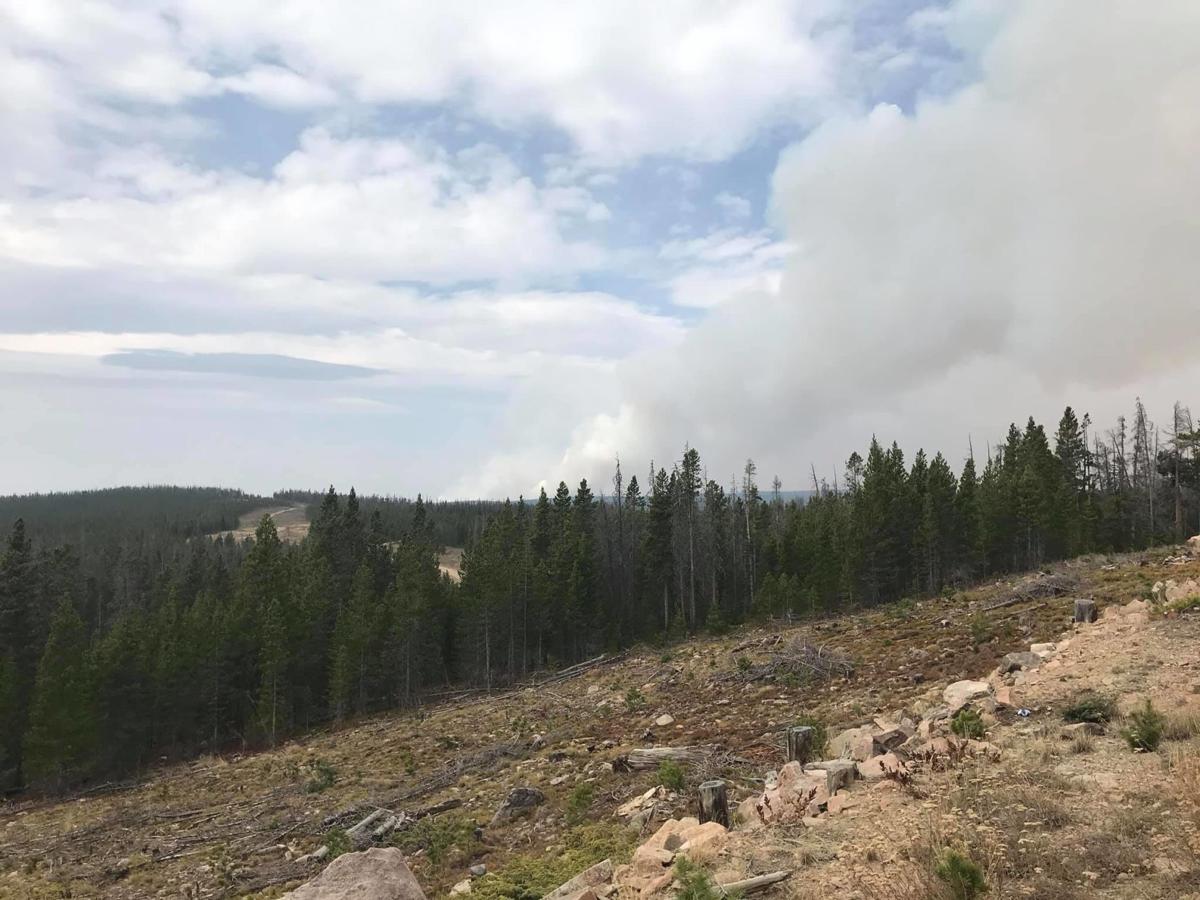 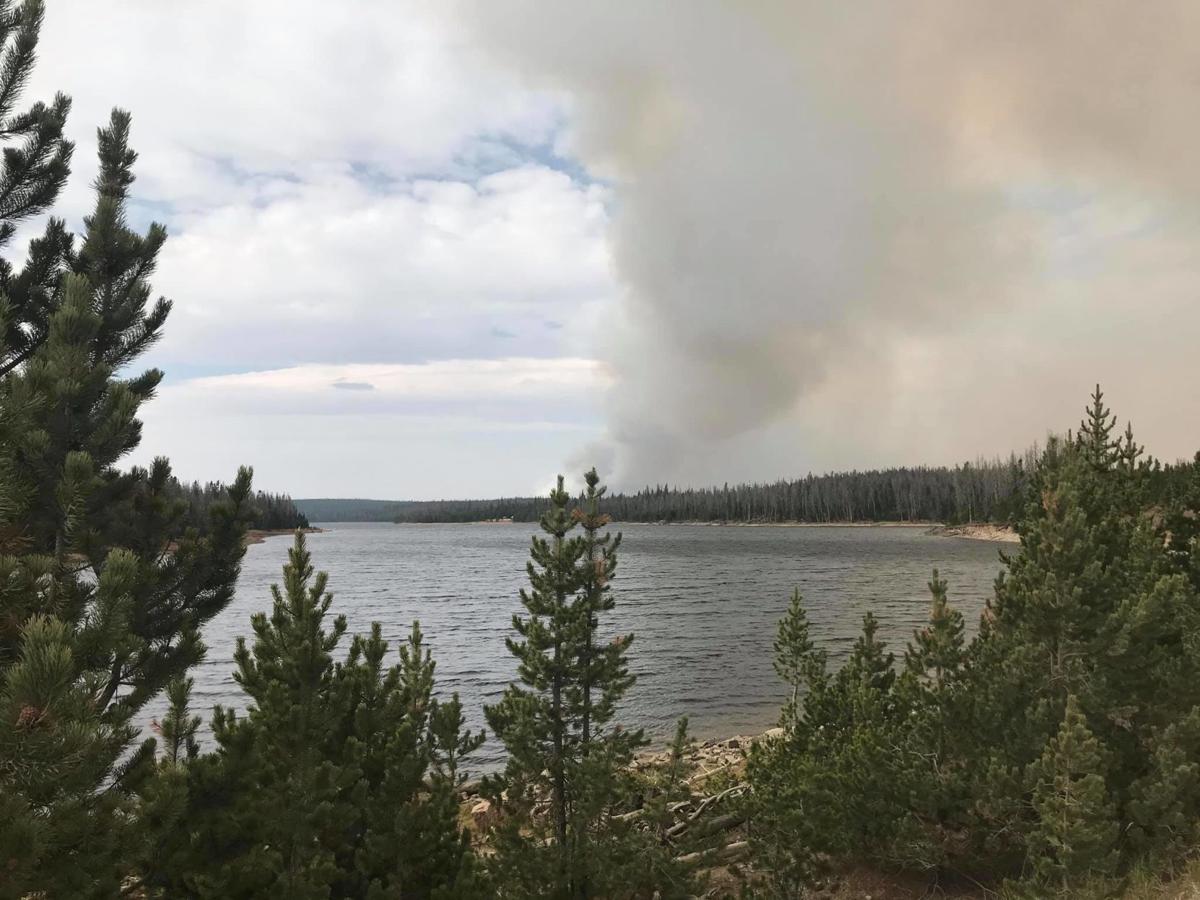 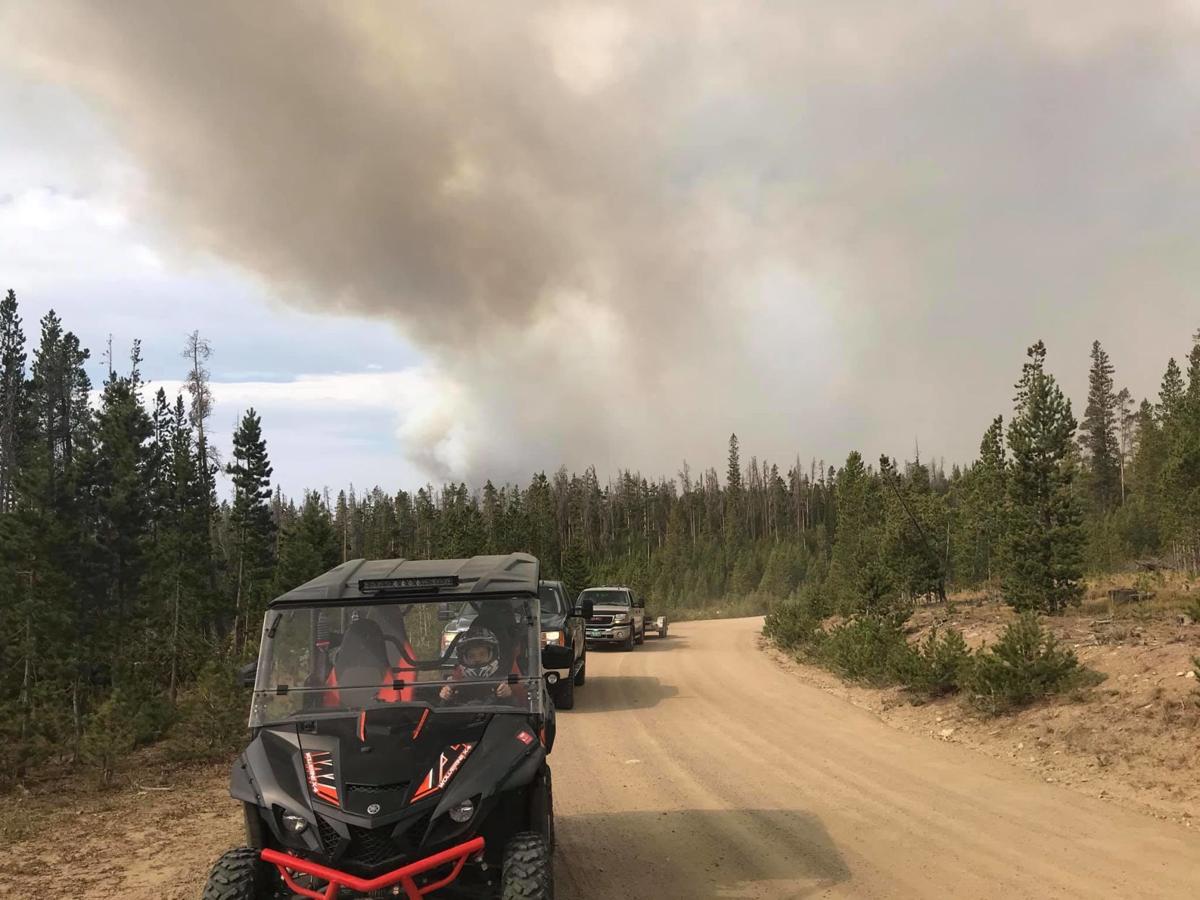 The fire, now 13,858 acres in size, was 2% contained as of Monday morning, according to an online update from the National Wildfire Coordinating Group. Strong and gusty winds have created a high probability for the fire to continue growing, especially to the east and northeast.

Fuel and topographical conditions make it likely the fire could move up Mullen Creek headwaters into Douglas Creek and Middle Fork Little Laramie, according to the group.

Sunday night, the group said the fire had not grown as much as was expected and that the containment near the fire's heel on the west side was a result of ground and aerial operations.

A Type II Incident Management Team will take over the situation on Tuesday.

Restaurant closing early due to fire

Bear Bottom Bar and Grill in Centennial said it will close early Monday because of the possible need to evacuate.

We’re monitoring the Mullen Fire closely, and will post announcements as we are able. Please be safe everyone and thank you fire crews! #mullenfire #bearbottom307 #centennialwy https://t.co/RhwJ2ShNrO pic.twitter.com/jZuMkVu6pO

Mullen fire in WY to receive 3 20-person T-2IA hand crews. The Ft. Apache Regulars from AZ, La Grande from Oregon and the PR #3 from Puerto Rico are inbound. #IfYouFlyWeCant

The RMA "Blue" team w/Mike Haydon as Incident Commander takes over management of the Mullen fire. Thanks to you all for your service. #OneLessSpark

Additional aircraft are headed to the Mullen Fire in WY.
Four LATs, a VLAT, and an ASM will be assisting the firefighting efforts.

The fire swelled substantially over the weekend, forcing evacuations in the Rambler, Rob Roy and Keystone areas.

The USDA Forest Service said it was seeking public input on the cause of the fire.

Public input sought on cause of Mullen Fire. Please call the Laramie Ranger District anonymous tip line (307-745-2392) with any information.https://t.co/93pYPI8LQN

Have a tip or a question? Send us an email at editors@trib.com.

After several days of rapid growth, Tuesday's increase of about 1,000 acres was relatively mild. 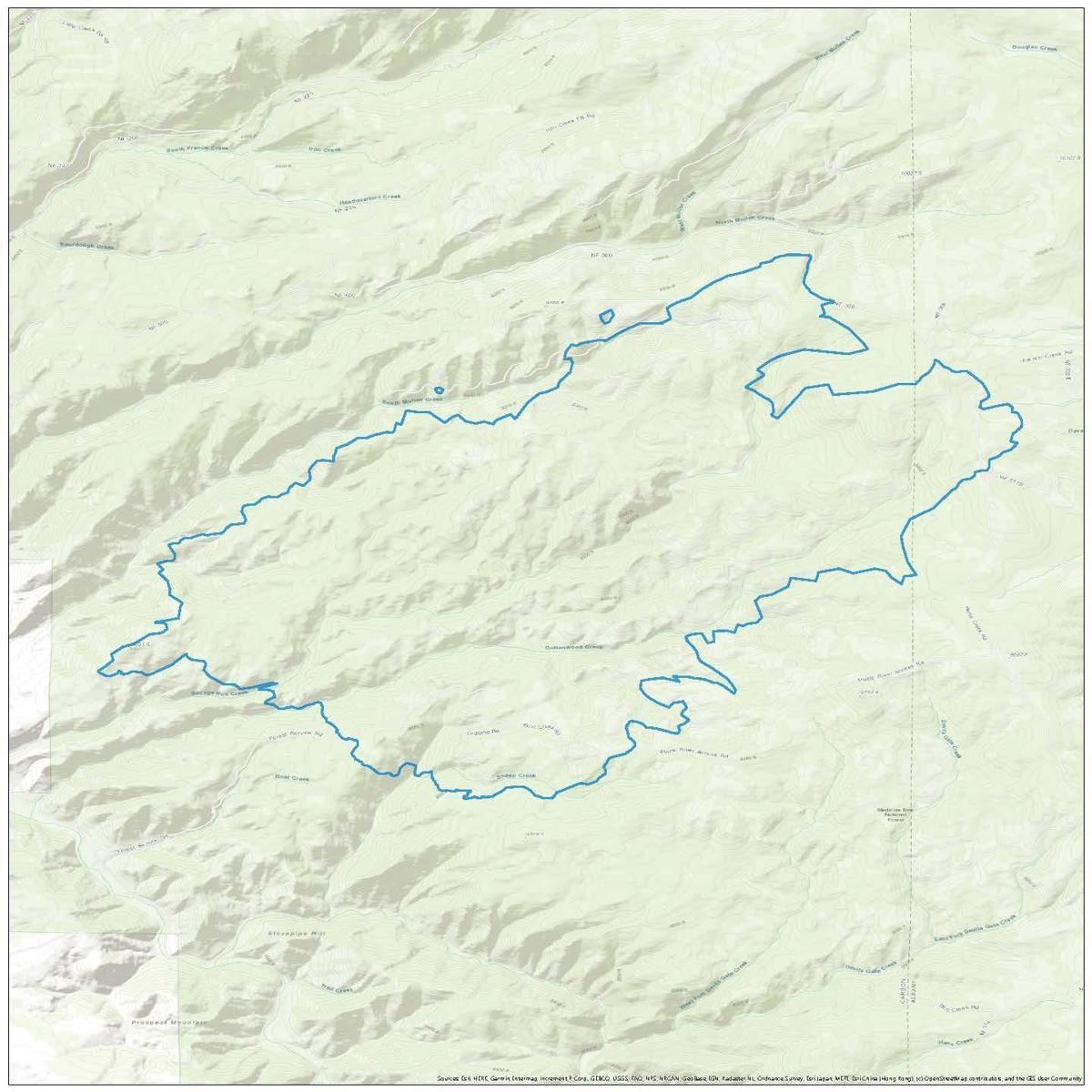